When I'm connected to a cell tower near my home it turns on wifi and shows a home notification icon so I know the profile is set.

The same for work, but that also sets the phone to vibrate, turns down media volume.

When I open apps where rotation is necessary turn off the orientation lock - gallery, navigation, videos etc.

When I am in a call turn off the notification light

When the phone is ringing, if I turn the phone over it silences the ringer

If the orientation of my phone changes to left/right side, change the keyboard to Swype (for one handing typing whilst laying down), then when the orientation is back to straight, change back to my default keyboard SwiftKey.

There's a few more I sometimes use like custom alarm clock messages but they're the main ones.

microsoft made a tasker... for android

Pretty cool, nice web interface too. Can't see I'll be using it though, not had an issues with Tasker.

Hey Microwave. You happen to know any groovy programs that would maybe boost the speaker volume so one could actually hear the phone ringing?

You've got the Nexus right?

I know AOKP does it - http://forum.aokp.co/page/news

For the record, of the girls I've had in my room.... all have been impressed with my computer. Ohhh yeaah.

You can change your notification alert sound for most apps.

Nope, it works without root.


With root you can do some extra cool stuff but I'd say 90% (including all the core functionality) works without root.

Is there some sort of app to keep the screen from not fading to dark when the phone is in the charger, or when I choose to leave it completely lit? I hate it when the screen goes dark when using google maps in the car. The display settings only changed it to not go into being completely locked. Didn't help with the brightness.

So with Navigation I've found that if it's plugged in the screen stays at a constant brightness.


There is an app called Tasker which literally is the best android app out there. I won't go properly into it because it deserves it's own detailed post which I don't have the time to do. But basically, you can set contexts and actions.

so yeah, you can do loads of stuff, it's amazing.

I've got some things like - when I'm at a certain location (determined by mobile signal towers) turn on wifi, turn on silent mode etc. Really cool. Definitely worth spending the time to learn and set up.

But any questions let me know


I do think though that your navigation issue is what I detailed at the start, I don't think you can change that, even with Tasker.

So. What all sorts of stuff should I now install on it before I manage to lose it again? And what else useful software might be good to have?

You actually install it AFTER you've lost your phone!

Video I quickly put together showing a PS3 controller used with emulators.

I think I get the joke now (Y) 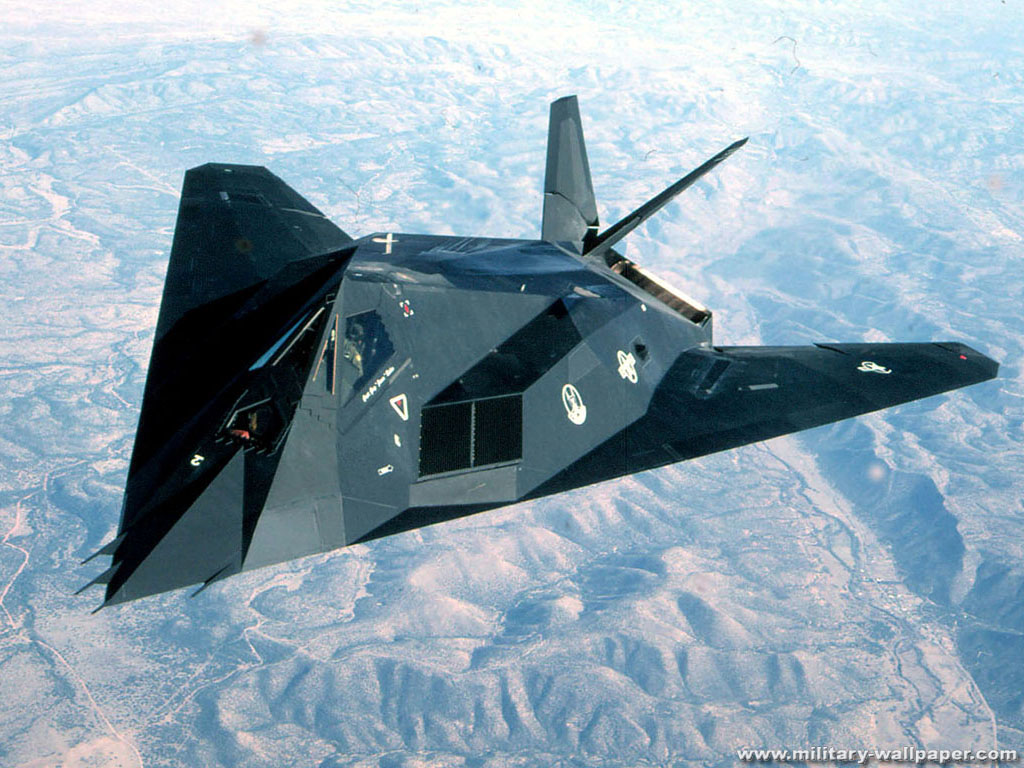 Both wrong, it's a Nighthawk, can't remember the exact number


There's more videos on my channel, here's the playlist:

Haha sweet, I got "touchscreen compatible gloves" too, from my girlfriend!

I got a 1080p helmet cam, and I go skiing next week, YEAAAAAAAAAAH

Point it down enough to get at least half of the front of your skis in the shot, otherwise it looks like everything you are riding is flat.

Yeah, I've watched enough skiing vids to know how bad it looks when they do that! Way better when you get some of the rider in.

It's got a 170deg fisheye lens too so that'll help.

I got a 1080p helmet cam, and I go skiing next week, YEAAAAAAAAAAH

Yeah, when I saw Pendulum live a few years ago it sounded pretty awkward.

For the record I don't like Skillrex, I was just saying, he definitely isn't a DJ, he doesn't perform at all. I'd much rather watch the music be created live infront of me, as much as possible.

Because he's more of dubstep (or whatever you want to call it) producer, he can't really do much to his tracks on the spot, so effectively he just rocks up and presses play on a load of his songs. Nothing particularly wrong with that. He isn't a DJ and I don't think he proclaims to be one.

When I stop playing BF3 and Terraria it will be active again!

seriously wtf is this shit? it doesn't do it in any other computer i've used...

better stop after i reformat

Use a custom HOSTS file, works really well for removing all bad stuff from the internet!

can you expand on that?

An option called "find in files" that takes a directory, it will replace what you tell it. In your case you want to replace contents with nothing (leave replace with blank). Unlike opening the document in a program it will stream through the documents in a directory (not loading the whole thing in memory).

You can also use 'regular expression' (http://en.wikipedia.org/wiki/Regular_expression) instead of a straight value.

Anything else is a waste of time.

thanks for the help, but that still doesn't help the problem with the date/time string

You can use a regular expression to pattern match the format that the date is in, and replace any match with... white space?

As jsnipy said, you should be able to do it with a regex and Notepad++


Dammit, lost the emphasis of all caps

Open a case on ebay with the seller. Don't leave negative feedback yet because that may cause him to spite-feedback you. Take it through the official channels with paypal too.

If that doesn't work just post his address on here and we'll go to work on free samples of horse manure.

I think I've maybe killed like 4-5 flankers 'legitly'. The way I found effective 1% of the time (the best percent that isn't you dying) is doing a straight dive to the ground then last second go into hover mode and kinda go back, so you effectively do a half loop.

The Flankers will struggle to keep guns on you when you've gone 'back under' them without risking a crash. So they'll pull out of the dive, rather than trying to follow you through half loop point. Then you're behind them and have a very small window to hit them with guns.

It works better on Oman when there's less airspace, on Wake it's more difficult.

Also generally trying to keep a lock on them with heatseekers, even if you don't get hits it keeps them in a defensive mindset, just try and stay as far away as possible. Use afterburners lots.


Hope that kinda makes sense. But as I say, I've only been able to pull off a 'real' kill 4-5 times against good Flanker pilots. The F35 really is just shit.

They were all amazing fun to play at their respective times.


Bad Company's weren't real Battlefield's in my opinion so don't get ratings.

I've heard bookshelf before, I thought it referred to the size - about the average height of a book - so could be placed on a bookshelf, not that it has to be or should.


Also 5.1 for music are a nonono, for films, yessssssss.

My favourite girl on the internet <3

Add me yo. UK babes mainly

lose my shit when they start marching

Yep, that's when it got me too


On a more positive note...


Watch till at least the first chorus

I don't know if it's weird because they're being paid/commanded to cry or they have lived in such isolation and censorship that they genuinely think he protects their lands from evil etc etc.

being paid/commanded to cry? lol. i think you vastly underestimate how ideological NK society is. incomparable to anything in the west, where it's all liberalised and individualised (for better or for worse). these people have spent generations living their lives to an absolute ideological principle: they don't know anything about individual freedom, or liberal principles. for all purposes, NK has been a theocracy, too, with a deity as its head. paid to cry? these people have basically been living in a cult of political personality for decades. it's genuine grief. it's all they know.

I don't know if it's weird because they're being paid/commanded to cry or they have lived in such isolation and censorship that they genuinely think he protects their lands from evil etc etc.

Media keys is also something that distinguishes quite a lot of the keyboards on offer.

This is was really the biggest reason why i don't have a mechanical one yet.
I was very tempted to buy a zowie celeritas when i found out that it does have them, but i just want to buy a new keybard for gaming (my current one is fine). I will most likely buy a celeritas (probably brown switches) as soon as i start uni again.

...the Celeritas does have media keys

Media keys is also something that distinguishes quite a lot of the keyboards on offer.

Me and Uzi have the same keyboard - Zowie Celteritas


Have a look at Filco's, the go-to brand for modern mechanical keyboards. 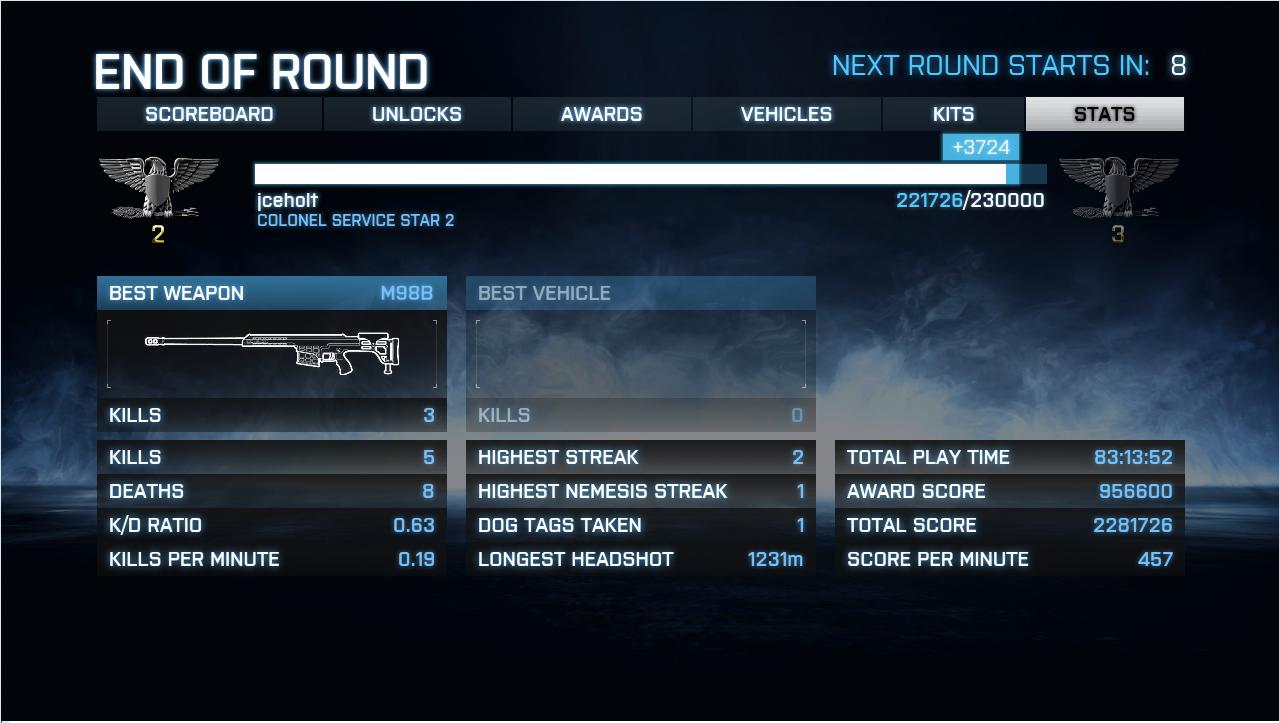 Where on the red 3D spotting triangle did you aim at exactly to pull that off?
Hehehe!

It was between the bottom 2 lines of the scope. I was at airfield on wake, killed a guy on the carrier!

Well how do you distinguish what goes in what thread?!!! There's already cross-over with 'patch talk' in the main thread.

When does the 'talk about the patch conversation' go back to be part of the main thread?

I know, you'd think there'd be an 'expert' in each category - jets, tanks, LMG's etc.

WHO WOULDN'T REALISE the ridiculous differential between the F35 and the other jets?!! I don't even understand their testing mechanisms. It's a joke

No it's honestly worse. It's leagues behind the Flanker. It gets completely outmanoeuvred, every time.


F35 is so messed up. Just been playing some Gulf of Oman, jumped in the F35 and you literally die all the time, you can't brake turn because when you slow down it puts it into VTOL mode, ARGH! It's so broken

Anyone here got a Galaxy Nexus? Would love to see some pics and hear your thoughts so far.

why would you want to pay for and play a game made with crappy constraints? that's about as convincing an argument as only playing snake 2 as your main game because "it is a great game made within strict constraints!".

The constraints are different, not crappy.