Puts a random video game tiff every decade or so in perspective.

tarantino as a director

Has he ever done anything which was not derivative?
Русский военный корабль, иди на хуй!

his most famous movie is called 'pulp fiction' and he is an enthusiast in the grindhouse genre of movies. the pulpiness is kind of the whole point, dilbert. imagine calling the director of pulp fiction 'derivative'. the DERIVATIVENESS IS THE WHOLE POINT.

he has made quite a few original movies, in my opinion. i'm not a huge tarantino fan or anything, but i'm glad that directors like him and scorsese exist as counterweights to the offal we are regularly served by all-dominating disney studios and marvel franchises. compared to those blandishments these guys are visionary auteurs.

I think in an interview he said he wants the last movie he makes to be an original work.

it’s a weird flex to enjoy comic book movies and genre fiction (i.e. sci fi and fantasy) and to then complain about a lack of originality. there’s a lot of talented artists (or craft people, if you want to insist on a distinction) working in established seams and forms.

There's this dynamic at Marvel now I guess where prospective directors who grew up with the comic books are considered "red flags" and, er, too chained to the material. "We want people who are able make something that works as a movie!" to paraphrase, whatever that sentiment's supposed to mean. So I guess Marvel gets directors with no love for the movie they're making? Mocking regard is the best they can do? Output: mediocre, cynical, unwatchable comic book movies that even comic book nerds complain about.

On June 3, 2022, Sony announced the film would return to 1,000 theaters weeks after its initial theatrical and digital release. This was largely attributed to the film's influx in attention from internet memes in the weeks prior.[106] This decision was also met with criticism from various outlets, which speculated that the release was because Sony was unaware that the internet trend was not due to legitimate popular admiration towards the film.[107][108] Upon its re-release the film performed very poorly, making only $85,000 on the day it was released, with many outlets claiming the film bombed for a second time.[109][110] After a dismal $300,000 weekend performance in its re-release—a $289 per-theater average—Sony pulled the film entirely from theaters.[111][5]

How the #*& do big companies with resources like this get caught with their pants down so often on reading public mood? Hire some gen-zs to give you a clue ffs. Just picturing a boardroom of boomers looking like a bunch of deer in the headlights.

"How do you do, fellow kids" energy.

e: I'd like to know what tax breaks were involved.

Not really sure what the point was TBH, might as well have been 'Matrix Nostalgia'

I suppose the meaningful scenes were actually the game dev conferences at the start and end.
Русский военный корабль, иди на хуй!

Not really sure what the point was TBH, might as well have been 'Matrix Nostalgia'

That's pretty much a short summary of what critics said.

I saw Glass Onion on Sunday night and it was pretty good, although not quite as good as the first Knives Out movie in my opinion.  The characters felt a bit more cookie-cuttery than I remember the ones from the first movie being, although Janelle Monae was really good at convincingly playing two different characters.  I hope she gets more major mainstream roles from this.  Daniel Craig's Foghorn Leghorn accent was terrible as usual, and the character seemed much more cheesy this time around.

It's a Wonderful Life is one of those movies that gets put on every now and then and I just kind of put criticisms on hold for the duration. James Stewart spends so much time figuring out that he's peering into an alternate reality. Tries to talk to like 20 of his friends in a row, none of whom know him, and still doesn't get the hint. I suppose everything can be interpreted as an emergency, at-all-costs vision concocted by the angel-in-training to keep him from committing suicide, but it's kind of off-putting that so many characters' lives would have been miserable had they not been in their proper suburban place. Whatever it takes to keep the guy from offing himself, I guess.

I could spend a lot of time in hindsight picking apart the obvious prejudices, but it's hard to punch down too hard on a movie with "don't kill yourself" at its core.

If Die Hard is a Christmas movie, Eyes Wide Shut should qualify. I don't see any everpresent arguments on the internet about that.

It was 23 years ago, the only two things I can remember about it:

- It was very long

It was bad when it came out, the rest of Kubrick's films have not aged well at all.
Русский военный корабль, иди на хуй!

I'm not going to puff up with indignation or anything, but 2001 I think has aged very well, and I would cautiously float that it had a significant part in saving sci-fi in film from itself at the time. The Blue Danube sequence (won't post a clip, because the opening transitions into it and should also be seen - you find it) is timeless.

Have you seen Dr. Strangelove?

Not a huge fan. I feel like Ermey and D'Onofrio effortlessly stole the rest of the show in the first act. But but not the kind of thing I like to watch. Definitely a boomer movie. Relevant content for students studying that period, maybe.

You should give 2001 another look if you haven't seen it lately. Pretty amazing for a 60s movie. Outdoes a lot of massively more recent sci-fi, I think.

I saw 2001 recently, apart from the music and the effects there's almost nothing to it, and my god its slow. 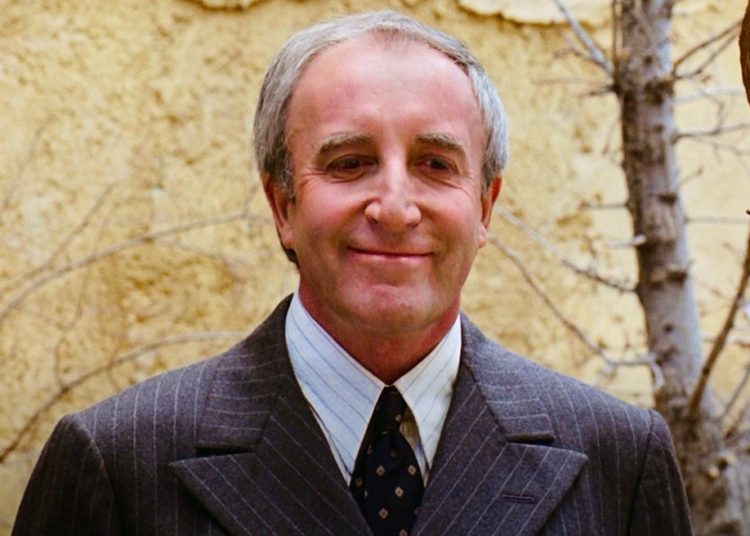 Fun fact related to this conversation: Also Sprach Zarathustra, famously used in 2001, was present in a jazzy arrangement in Being There.