even if you have passable french, the parisians in particular will just insist on switching to english. it's like it causes them physical pain to hear someone speaking french in anything but a perfect parisian accent. they're almost proprietorial about their language.

The "tourist" locations like the hotel, cafes, everything around Montmartre, seemed to be okay if I started with Je suis désolé, je ne parle français, then spoke half english, half french as best I could.

A few places genuinely didn't know english, which is obviously fine as it's their country, but it ended in a lot of pointing and nodding and "Oui, merci"

imagine how it feels in east asia, man. there's new alphabets and shit.

Yeah but in East Asia you are forced to learn English, either through school or the overwhelming desire to improve your position.

In EU there's a bit more linkage between language and culture.

erm even in korea where english is rammed down kids’ throats in the after school academies at a young age, levels of english literacy is very low.

most koreans never use english after their childhood schooling experience with it. and even that only applies to the younger generations, those under 35, say. and even the young koreans tend to display shyness and embarrassment about attempting to speak english to you: because most of them never leave korea, never socialise with non-koreans, and again never actually use english after their young exposure to it in the hagwons.

said english education is a very desultory thing, by the way. ambitious parents stuff their kids in english learning academies after their regular school day. it’s very much a middle-class ‘keeping up with the jones’s’ thing. the kids are exhausted. a lot of them sleep at their desks; a few of my friends who teach the youngest age brackets are essentially glorified ‘nap time!’ babysitters. only a tiny number of young koreans, the upper-middle class, say, really pick up english well from proper formalised education and frequent use at work/home/social life.

if you’re interacting with an ajumma services worker in a korean restaurant or store, as piranha is interacting with french in paris, there is almost zero chance they will speak english. these people are old and not casually acquainted with english language education.

china and japan are even worse on this score. finding an english speaker in tokyo is surprisingly difficult. neither countries involve mandatory english education anymore. china banned the entire private english academy system under xi, in fact. so, so much for ‘east asia’.

and my point about the alphabets still sticks. outside of the touristy areas of the capital cities, english signage disappears. english on menus, etc., too. of course there are phone translation apps and so on, but that’s not the point i’m making about day-to-day difficulties if you’re illiterate. “am i buying laundry detergent, bleach or bug killer? fucked if i know”.

it’s possible that only interacting with korean-americans or east asians in the context of international business is giving you a highly distorted view of things. ‘east asians always speak english well because of their desire to improve their position’. LOL cool trope, KJ. the korean corporate chaebol world or civil service are insanely competitive as it is. your average samsung manager or bureaucrat does not need english in their workplace. the east asians who go to california or new york for grad school or work are really not representative of the norm.

it’s overwhelmingly more likely that a french or german person will be able to switch to speaking english with you. ironically english really is the lingua franca of europe. even polyglot mitteleuropeans who can all speak 2-3 languages will opt for english in professional exchanges. it just smooths things over easier. this is really not going to be the same case in an interaction between a westerner and an east asian.

this post got very long very quickly but what you’re claiming 100% does not accord with my experience living and moving around the country.

I've been all over Asia and a good chunk of Europe. My experience differs from yours

My experience differs from yours.

sure, your mileage may vary. as i said, if you're going to these places on business trips, it's possible you're experiencing a bit of selection bias ... by meeting highly educated people who work for a multinational company or one with international outreach. i'm talking to piranha in the context of tourism and day-to-day phrasebook interactions. restaurant workers, shop clerks, or people you stop in the street to ask for directions ... 95% of the time, they ain't going to speak english my guy. forget your generalisations about 'east asians wanting to improve their position'. have you ever tried to pay a bill in an east asian country? open a bank account? how about interact with an immigration or embassy official? visit a local health centre? talk to the police? english literacy in day-to-day life here is genuinely low.

one of my best friends here speaks fluent japanese. spent the last 7 years teaching and working there, only came to korea during the great visa cancellation/shutdown of the covid-19 era. loves japan. but will be the first to tell you that your average japanese, even the 'cosmopolitan' and well-educated tokyo salaryman or -woman, cannot speak english for shit. they never use it. many articles have been written on the notorious bottom-ranking performance of japan in english literacy. by far some of the lowest levels in asia as a whole.

the chinese picture is interesting. i would suggest a trend of increasing english literacy has tracked with hopes for their 'liberalization' over the last few decades – which have quickly been dashed in the xi era. chinese policy is almost expressly anti-english education at this point. xi's CCP identified private language tuition as a major driver of social inequality, essentially the shanghai bourgeois social elite educating their children out of 'chinese values'. they made an edict and closed down the entire industry almost overnight. and again, that was only benefitting a tiny, monied elite. i can see china actually starting to slide backwards on this metric for the next generation or two.

you are more likely to meet someone with passable phrasebook-level english on the tourist or backpacker trails of SE asia. thais in bangkok, say, are much more familiar and acquainted with english speakers than your average inward-looking korean/japanese/chinese mainlander. a dynamic is already established for interaction between thai locals and tourists. your average korean quite literally never has a reason to converse with an english speaker, which makes day-to-day interactions that little bit more frigid and difficult. i can't even tell you how often i've tried to ask a 'young' korean, someone my age, for help in a store or a question in the street, and, even after years of 'mandatory' english education, they feel too embarrassed to answer in faltering english and so switch for a translation app on a phone. again, i'm not referring to the gyopos or koreans who casually spent time in new york or california for grad school or work. they're necessarily a pretty exclusive group.

according to this major 2019 survey, the english proficiency index, east asian countries are at best 'moderate' english speakers. that's category 3 out of 5 possible categories, ranked from 'very high, high' to 'moderate' and your 'low, very low'. the philippines and malaysia rank considerably better than the east asian giants. japan is on a par with qatar and mongolia in the 'low' proficiency category. that is ... not good for the world's 3rd largest economy. in fact, i'd say it's conspicuously terrible. so your average tokyo office worker has about as much chance of conversing with you in english as a goat farmer who lives in a yurt on the mongolian steppe. korea ranks on par with, say, lebanon or belarus; china with georgia or russia. that doesn't scream 'all east asians learn english because of an overwhelming desire to improve their standing'. it's ... complicated. as the article says, the 'prestige' of english that's filtered down to japan/korea from US soft power does not smoothly translate into widespread literacy; the sheer insularity of these societies complicates that. and social standing/prestige in current-day china practically pivots on the very opposite notion of an internationalist english-speaking elite. mainlanders are not looking to hong kong as a model of aspiration.

if you were to bring GDP or levels of economic development into this picture, you'd see just how conspicuous that east asia's levels of 'moderate-to-low' english proficiency really are. these are countries that have been hand-reared by the US of A's economic empire, and yet their levels of attained english are noticeably worse than, say, a pakistan or an ethiopia. relative to the size of their economies and levels of industrialisation, korea/japan/china rank insanely low for english literacy. tibet is ranked higher than all of them, for instance, to all intents and purposes still a feudal society.

What I'd like to know is how asians can come to western countries as children and not learn english.
They learn just enough to make themselves barely comprehensible and stop there.

What I'd like to know is how asians can come to western countries as children and not learn english.
They learn just enough to make themselves barely comprehensible and stop there.

You are actually joking here. Speaking for America, the Koreans here are very religious. You can commonly find walls dedicated to faith pamphlets at their stores. Churches are littered up and down the Tacoma-Seattle corridor. Combined Protestantism and Catholicism in South Korea I think amount to more than 30% of the population, not too far off from your own country's rate. Further, don't you spurn religion and think the world would be better off without it?

Overworked Asians isn't an unknown topic. There are dedicated words for death from overwork in multiple language. it's a problem. Would you want to work an expected 20 hours of uncompensated overtime, a week. "Work ethic" lmao, toxic work ethic.

As for accents and people being able to understand each other, that is an interior problem of the English language as well. Virtual local dictionaries and incomprehensible dialects, I would stand a better chance understanding a tourist with a to-English dictionary in their hands.

Hideyuki can count on one hand the number of days he’s taken off work over the past year.

“One day in April for my daughter’s elementary school enrolment ceremony; and two half days in November, for a school parents’ day and a recital,” he says. “This is more than I normally take off.”

The 33-year-old engineer, who works for a technology company in Tokyo, had only two days of holiday last year. It’s not because he couldn’t take more: he is in fact entitled to 20 days annual leave.

Instead, like many Japanese workers, taking time off work beyond the absolute minimum is simply not an option. “It’s difficult because the atmosphere in the workplace wouldn't allow it,” says Hideyuki, who has two children, aged six and four, and is reluctant to give his full name due to potential repercussions at work.

“I don’t want my manager to be saying anything bad about me because I took the day off. It is easier to just work rather than them saying bad things about me or being told off.”

Similarly in some American work culture. I know people who were raised to believe taking a break means you're a layabout. So work yourself to death for the company would drop you in a blink to replace you with a nepotistic option. Self-worth demands it!

korea and japan: much more religious than australia and work the longest hours of any OECD nation.

have you even read anything by weber or do you just like namedropping things to sound smarts? there’s a word for that you know: ignorance. 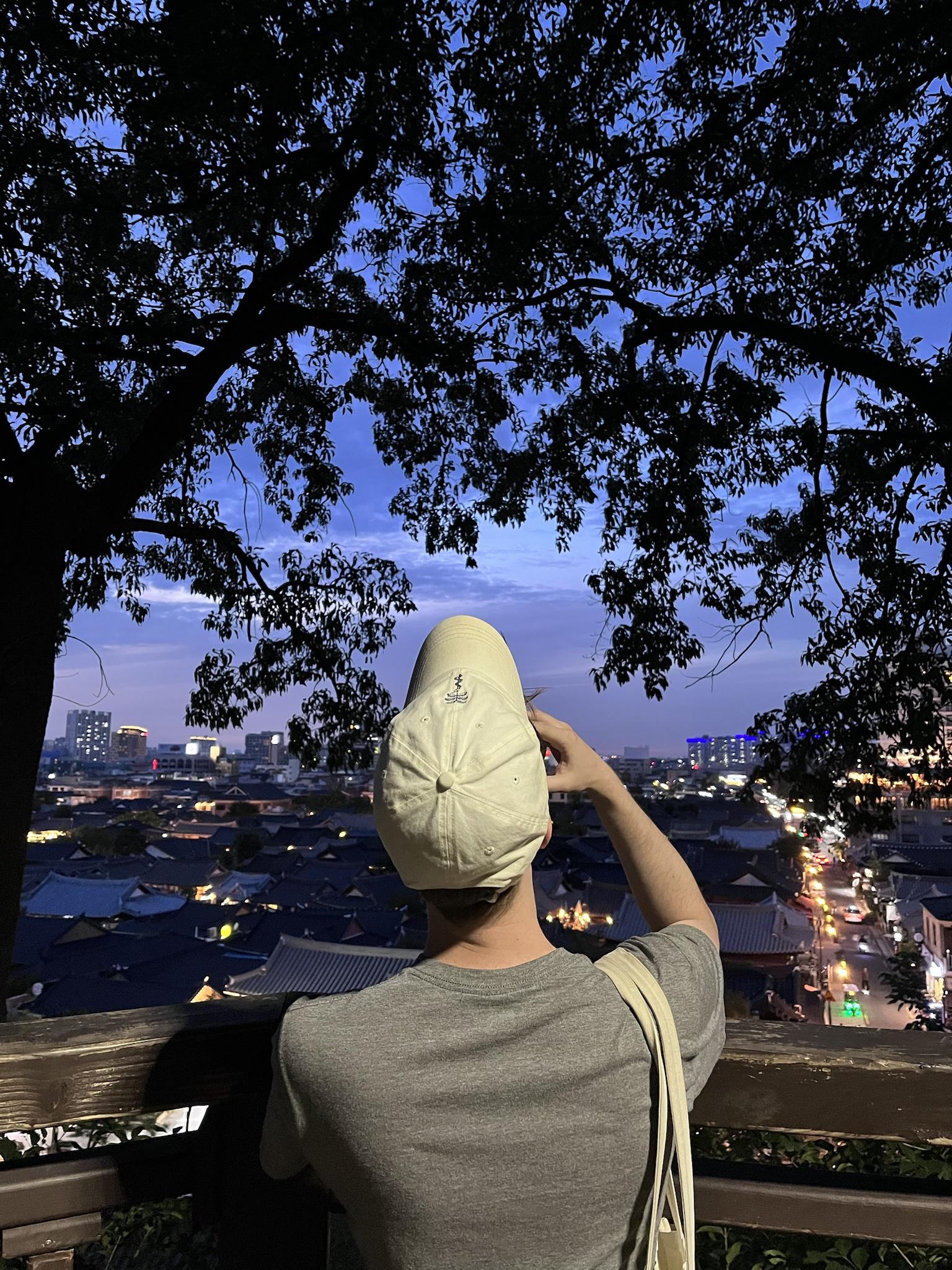 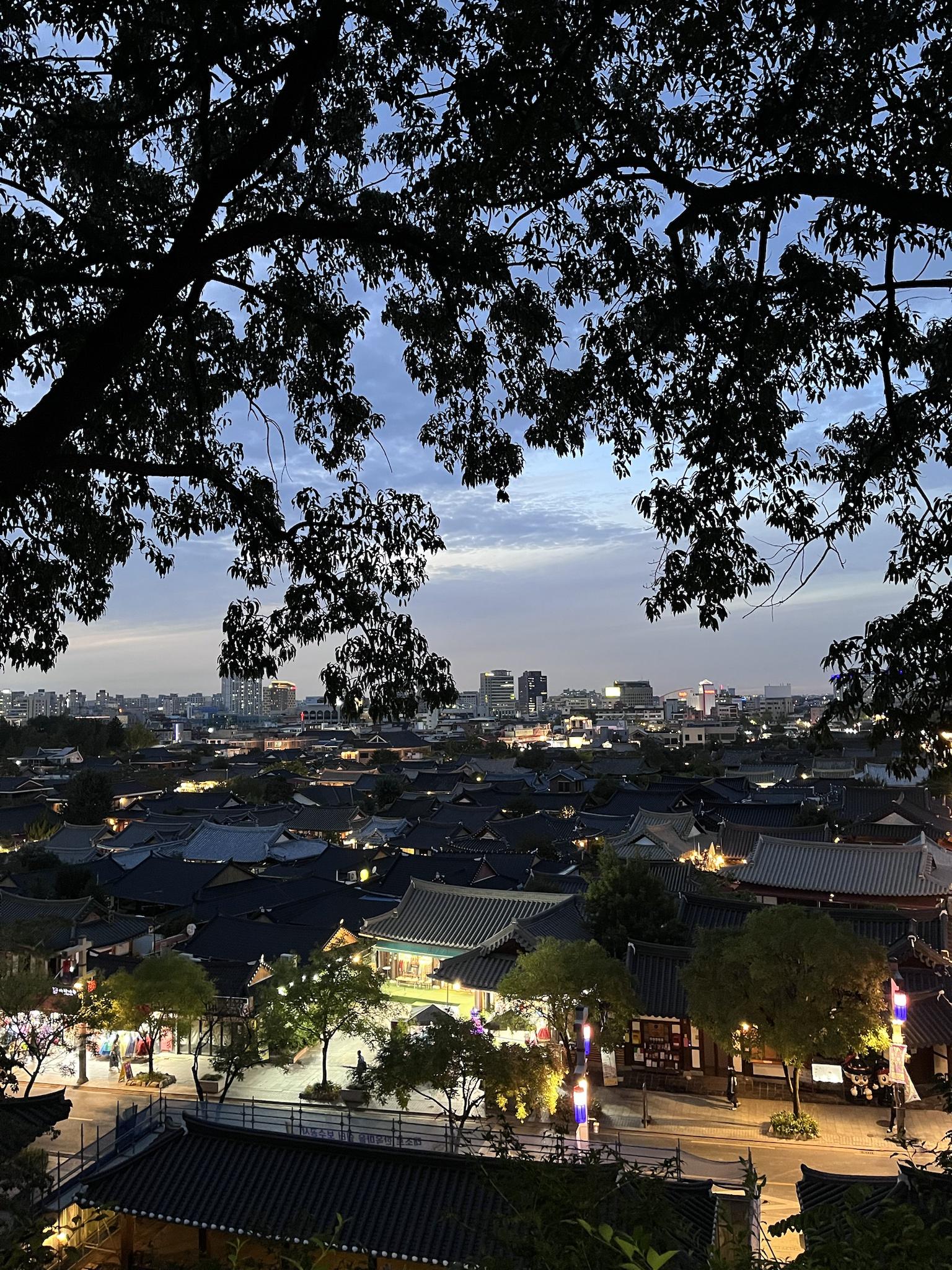