Gut feeling - No, it'll be a career blocker and soak up a hell of a lot of your time.
Don't reject it, push it down the road, agree to think about it in a year or two.

^ what dilbs said. never flat out reject, just always be in the middle until you see a good opening. but being a union rep, you'll be an unpaid therapist half the time.

Being union rep will put you in conflict with management.

If you want to be in management you don't want to be a thorn in their side from now on.

Politely wriggle out of it or push it down the road, at worst take on some non-rep type union admin role like ordering  the bagels for the union meetings which isn't going to lead to conflict with the people you need to promote you into their fold.
Birds Aren't Real

First day of WFH ended at 1 PM. Feel like shit. Work wasn't bad but something about being indoors all day and not seeing people is tiring and depressing.

when i was WFH full-time i made sure that i either took a long walk/a jog at some point during the day or at least did some exercise in the house. it's good to feel like you've achieved something specifically physical. otherwise you're just sat on your ass all day watching screens and watching time tick by.

I think the best I managed on Friday WFH day was five hours, plus a few on Sunday which just about made a full day's work.
It didn't help I didn't care about what I was doing.

Also didn't help this happened half the day 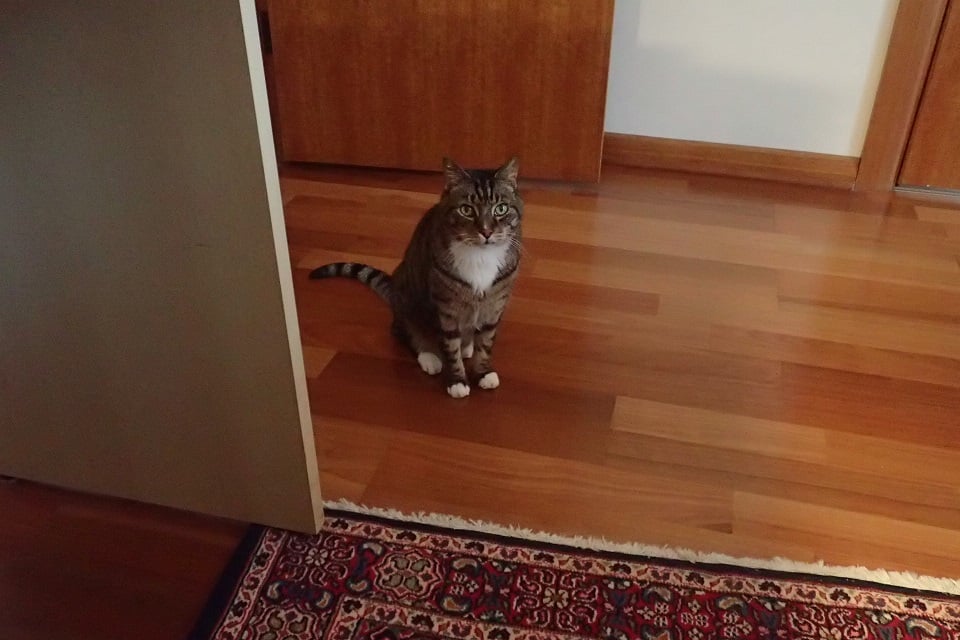 Today I hate-read a piece of absolute trash trying to stir up more generational strife with sweeping characterizations of multiple generations. A bit fun to laugh at.

Today I hate-read a piece of absolute trash trying to stir up more generational strife with sweeping characterizations of multiple generations. A bit fun to laugh at.

I took a peek at who the author is after I saw that pretentious reference to the British Raj. It is Joel Stein. I hate that guy. One of the reasons I no longer take time magazine seriously. Back into early 2010's Time gave him a page to write his opinion or whatever pieces at the very end of the magazine. I thought he was a pretentious and annoying neurotic Jew jackass back then.

You could criticize him without being anti-Semitic

He hates Hindus. Me hating him is the circle of life

In July 2010, Stein wrote a humor column for Time in which he expressed his discomfort at the impact immigration of Indians has had on his hometown of Edison, New Jersey. Stein initially took to Twitter to defend himself with a tweet saying "Didn't meant to insult Indians with my column this week. Also stupidly assumed their emails would follow that Gandhi non-violence thing."[13] Time and Stein subsequently publicly apologized for the article. Stein's apology read: "I truly feel stomach-sick that I hurt so many people. I was trying to explain how, as someone who believes that immigration has enriched American life and my hometown in particular, I was shocked that I could feel a tiny bit uncomfortable with my changing town when I went to visit it. If we could understand that reaction, we'd be better equipped to debate people on the other side of the immigration issue."[14] United States Senator from New Jersey Bob Menendez submitted a letter to Time stating that the column "not only fell terribly flat but crossed the lines of offensiveness toward a particular community that has dealt with violent hate crimes in the past. Mr. Stein's mocking allusions to revered deities in the Hindu religion are particularly reprehensible."[15] Kal Penn, actor and former associate director in the White House Office of Public Engagement, also criticized the column for its portrayal of Indian Americans.[16]

Slate magazine writer Tom Scocca wrote of the column, "To a charitable reader, it's clear that the piece was trying not to be offensive. Stein's description of his childhood small-town idyll before the mass immigration is deliberately fake-sentimental, describing lowlife white kids stealing things and getting drunk. He was trying to make more fun of white people than he made of Indian people." Nonetheless, Scocca wrote, many Indian-Americans received the column "as an unironic anti-immigrant rant."[17]

columnist gigs in journalism are one of the last bastions of that ‘my dad knows someone on the board’ culture in journalism. it always boggles the mind how these hacks end up with valuable page space, normally being paid six figures per annum to file a weekly piece of insubstantiality about their kids’ schoolwork or something that annoyed them mildly that week. it’s a huge and depressing feature of even our ‘respected’ papers here.

The Times piece also cited my 2013 Time magazine cover story about millennials, whom I called the Me, Me, Me Generation. To which many millennials responded with angry emails explaining how the story didn’t pertain to them, explaining all the details about them that made them different.

Complaining about how millennials called you out on your article calling them, and younger people, self-centered and bratty.

I will add once again that some of the most annoying people I've worked with are gen-xers and boomers. Young people hardly have a monopoly on being difficult.

Guy is name dropping his "glory days" back at Time magazine. Probably the last article of his of note. I find it hard to believe Time magazine was enthusiastic about this author alienating young people just a year or two after pissing off all the Indians.

Actually I looked up his last article at time in 2017. This is the opening paragraph

Since my first column, 19 years ago, readers and co-workers have clamored to have me fired. The first time I visited TIME’s L.A. bureau, I saw one of my columns taped outside a science reporter’s door, with sentences crossed out by red Sharpie accompanied by the words “This is what TIME magazine has become!” When I introduced myself to Gore Vidal on a flight, he ranted about how TIME’s editor at the time, Walter Isaacson, had destroyed the magazine by bringing in solipsistic young people who write in first person. I nodded in agreement, thinking, Gore Vidal knows about me!


Considering my complaints about Time's person of the year you could rightfully assume I have some strong feelings about that magazine and it's decline.

his column is satire. you clearly dont understand satire because you are a mule man

I get that it is satire. I just feel that it doesn't have a place in a magazine that also proudly considers itself a serious publication. "If you want to be considered a legit source, act with legitimacy"

i think he's shit. i don't like columnists, satirical/ironic or not. they are bloviating wastes of public space.

I feel like a number of writers use 'satire' and 'sarcasm' as a shield for when they're questioned about their toxic opinions. And then behind closed doors with their like-minded buddies (or on air with a like-minded host for the bolder ones), their nastiness flows without restriction.

I think the defense only works for so long before people think you actually mean it.

As a writer or satire or whatever, I can you: it is never totally satire. The article Desert Fox linked...the thing that made me look at the author was a reference to the British Raj. I looked to the article author to see if they were British. The British Raj is such an alien references to Americans. I spent a total of one day on it this year. And I vote democrat.

The stuff I linked from Wikipedia about his racism about Hindus must be swirling around his head if he referenced the British Raj. That means he looked it up and took some of that stuff away from it. He is an asshole who hides behind "it is satire", as you said. Don't trust those people.