1. Get her addicted to heroin
2. Husband gets full custody
3. Sign her up for an onlyfans career
4. Profit
Русский военный корабль, иди на хуй! 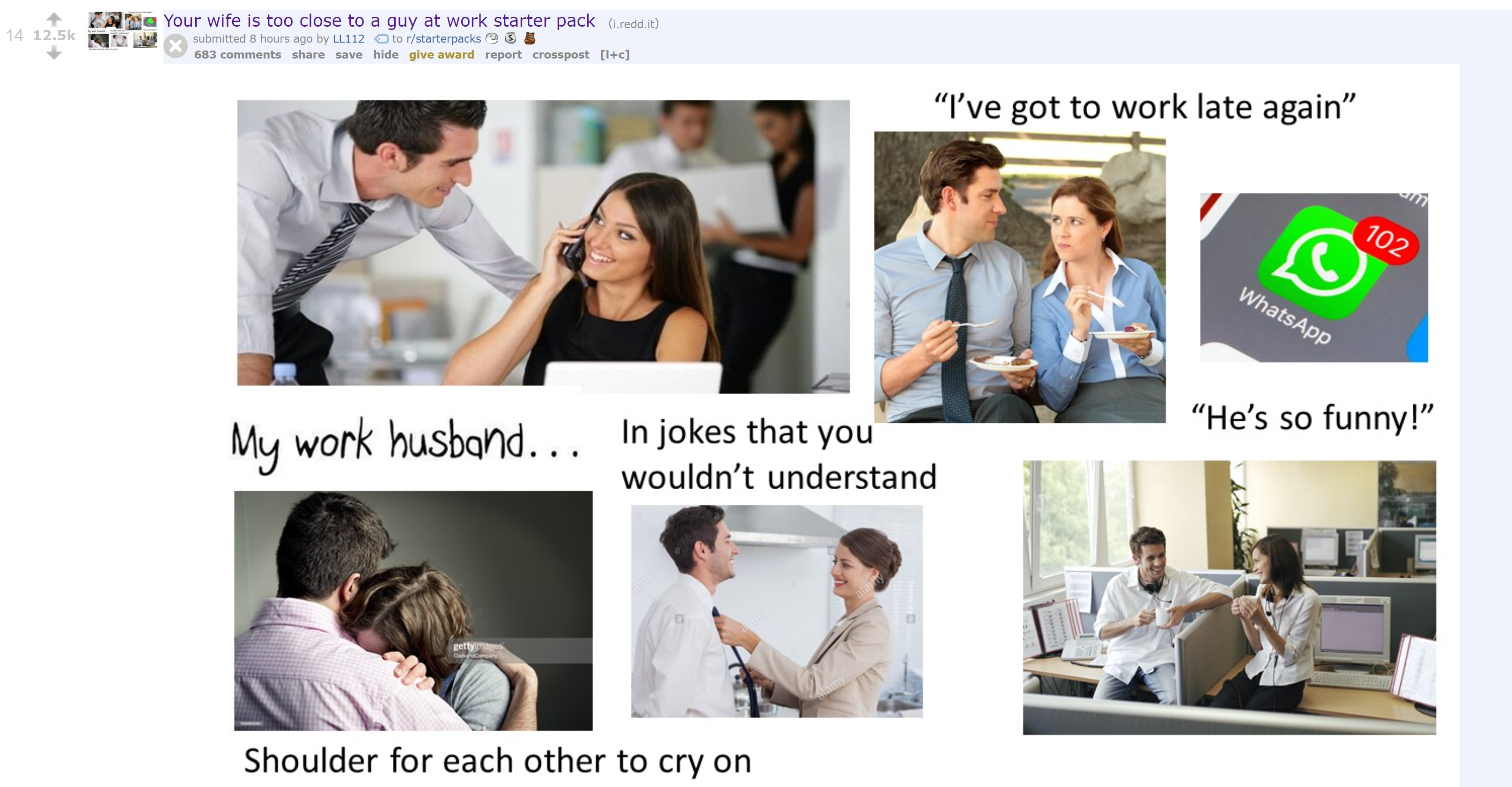 One of my high school friends died in July. He was married. His widow showed up on Facebook dating today. Facebook recommended her to me since we have friends in common. I sent her a like.

She's the one on FB dating

Murder plot to hide affair. Who needs 4 people to off one couple? Did they think the FBI wouldn't find out about the extortion plot once they started to investigate the murder or disappearance of the couple? Yikes.

Guy that I cucked sent me a friend request on Facebook. On Christmas day.

I was in spain a while ago and met this american couple from nyc. They were on holidays in Europe travelling together as friends or smth. It was more like the weird in-between of two people who had been dating for a while but it never progressed into a relationship and now they're friends but there's obvious unfinished business under the surface.

Most beautiful black girl I ever did see and a pudgy mexican dude who was a teacher at columbia university. The girl and I hit it off, ended up being invited back to their airbnb with some other people for some after clubbing drinks. Mind u I had no idea these two had a history and was blissfully ignorantly, drunkenly flirting with said beauty. I started talking to the guy for a bit to check if we were cool and asked them about how they ended up in spain, and he did say they used to date but 'he was too much of a player who liked to fuck around' and now they're friends. If I want to take her out and fk her I should, he said. Well seems great right. Couldn't help but feel the guy was a major tool who didn't realise he looked like someone's guatemalan tío and had been dating WAY out of his league. But fuck it, I was drunk, eyeing some Normani looking goddess AND had the dude's approval.

So I went back to talking with the girl but that obviously set something off, the guy came over and took her into the bedroom to talk. Girl came out crying and left the appartment, while we're in their airbnb with 5 other people who were just trying to have a good time. Ruined the mood so after a minute or two me and everyone else were like 'nah we're leaving' and said bye. On my way out I saw the girl again a few streets down the road. I walked up to her, we made out, she put her hands down my boxers for a bit but then eventually stepped back, said sorry and walked back to the appartment.

I felt kinda blue balled and weirded out by the whole situation and went to sleep it off.

Next evening I was in a random club and I meet the both of them AGAIN, girl came up hugging me from behind. Went to an afterparty some other place with them, started talking some more with her ex/friend whatever & the situation between them and he was like 'yeah I'm just an idiot but she'll do anything for me'.

Don't worry I didn't partake in the mindgames and went home with someone else. Ironically it was a girl who I found out the next morning apparently had a boyfriend.

+1 Bravo, Thank you for bringing the Christmas cheer.

everyone in this escapade sounds about max 22 years old. partying at an airbnb? tears and relationship drama? handjobs in the street? randomly hitting on strangers at clubs? ‘a teacher at columbia’ lmao.