They cucked it up when you introduced "special zombies".
https://worldwarz.fandom.com/wiki/Zombi … .28Game.29
Another potential game ruined by the inclusion of special zombies. I will not buy.

There are some Canadians trying to make a zombie game seems like it has promise.


I've been playing Dying Light, first zombie game since L4D2. Pretty good though it has special zombies and a durability weapon system like Breath of the Wild which I don't like.

spoiler ending for Half Life Alexa. Would anyone like to discuss?

I saw the reveal at the ending awhile back. 10 years is probably an exaggeration now that it's already shown off, but Valve isn't known for being on the ball with advancing the storyline.

Or were you referring to something else?

No, you are fine.

What do you think about the direction the story is going? I am not a fan of time travel in almost anyone narrative.

Imagine if, after all this time, Half-Life just turned out to be a simulation.

Half Life is going to have the Game of Thrones ending problem. No matter how GoT ended, a good amount of people would have been upset.

I think Valve's best bet regarding some thing like the G-Man's identity are best never fully explained. No answer they can produce will ever be as good as the mystery around the character.

G-Man is Doctor Who.

You know what is interesting? All of the console exclusive games I have never heard of. So I was looking at exclusive PS3 games and got curious about PS4 ones and I honestly never heard of almost any of the stuff.

I do have fond memories of the ratchet and clank series. So I might look into that. 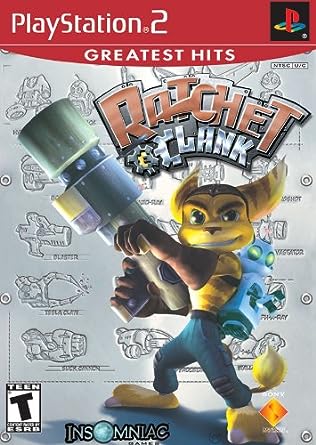 Mainly I played Simpsons, RDR, and MLB The Show (some year) on the PS3. On the PS2, Animaniacs I think. Or maybe it was Gamecube. I missed a lot of "must haves" since I got into all these consoles late. Insomniac had a positive reputation, but I don't know if that went anywhere since they were bought by Sony.

The levels of Black Mesa/Half Life where you are navigating through the Black Mesa facility are just so damn good. I eagerly await the Opposing Force remake

i think my current PC case is the same dimensions as those game boxes.

that bothers me a lot less than you think. actually it doesn't bother me at all. what does bother me is that the game looks like deus ex but with an open world and edgy content.

the whole thing look like shit really. i resent that this was even made.

are you gonna play with mouse and keyboard or controller?

Mouse and keyboard, I know Halo 1 had balance issues with people complaining about controller bias but I didn't play 1s mp. Never really played 2 mp either only 3 and 4. Still waiting for Forge mode.

Dual wielding on PC feels weird in a way that it didn't on the X-box.

You misremember. On the Xbox, each of the shoulder buttons was responsible for an individual gun.