quake live exists and is a faithful reproduction, more or less.

well champions made me want to play live so I reinstalled it, it's now on steam and it's all fucked. was way better when it was browser based.

The good: I liked the Grand Operations game mode. Basically 5 rounds on 5 different maps with 5 different modes but how each side did in the last match determines bonuses and punishments for the next round/mode/map. It's really fun and makes you want to keep playing on the server.

The bad: Still too fast paced. The way the maps are set up turn the game into people running and coming from all directions randomly. The idea of there being a front and a rear (Karkand start) doesn't exist. Also sustained fighting between two groups (Karkand when one side gets trapped on the other side of the river) doesn't exist.

The ugly: Still has that stupid progression system. So class and faction specific weapons don't exist. Everyone is running around with the same weapons while they wait to unlock the next. Also clothing and weapon skins are customizable so you just have a mess of different looking people running all around. It's hard to tell your guys apart from theirs.

Did you feel emasculated by its "shoehorned" gender politics like all the other people bitching and moaning elsewhere on social media and youtube.

The only time I notice that there are women in the game is when a woman character ask for ammo or something else. Otherwise the character models are just fast moving mismatched blurs.

The only time I notice that there are women in the game is when a woman character ask for ammo or something else. Otherwise the character models are just fast moving mismatched blurs.

It's a complete non issue, except for basement dwelling incels, it's a GAME, I've quite enjoyed playing it. I played BF2 a fuckton, BF3 a fair bit missed out BF4 and the others, only got BF1 about 18 months or so ago when it was like £12 for all the expansions etc.
BFV is pretty good the plays well, it's all about the balance between the now removal of "premium" content vs the stuff that's available they needed more "content" at launch (particularly maps).
But it's a game they can keep me playing as they introduce new factions/maps/weapons etc. and all for the initial cost rather than pay to play.

I don't understand the rage at women some men have. Who wouldn't want girls around at a social event even if you didn't have a chance with them? Besides girl friends sometimes lead to girlfriends. Girls like to set up their friends with guys all the time.

So I started that Magic the Gathering Arena Free to Play game. I know the concept is the game is free so throw a few dollars at it every so often. That's fine. I can do that.

The problem with the game is that once you collected the right combo of cards or play style, the game becomes boring since playing anything but that same combo or play style is technically playing badly and will lose you matches against people who found their own niche combo or play style which is usually just a rotation of a handful of things.

This same metagame hurt the paper card MTG since it became a "find the right combo" instead of "play your identity (dragons, elves, knights, vampires, etc.)". The players themselves had to create and support an entirely new game mode to get around this. The new mode is actually more popular than the standard MTG you learned in fifth grade and not available in MTG Arena free to play yet.

This brings us back to Battlefield V. I can now understand why so many people oppose going back to the traditional faction combos of Battlefield 2. I guess a USMC medic is something I can relate to or be happy to act out for 500 hours. If a Chinese woman wants to dress as an SS officer and run around with a Garand I can see that as being more interesting than being a Joe German.

videos with loot crates or random gear boxes or whatever have been ruled as gambling here in the UK, along with a growing list of other countries.

good. this shit has been a cancer on the gaming community for years. minimal content and maximal monetisation. hopefully developers are forced to go back to creating games rather than texture packs.

About the only fair paid loot box mechanic I can think of would be to apply it to a F2P title and cap charging at x value (say, $70), in the same pool with other DLC. At this threshold, all items prior to a moving date are free. Expansion packs are still paid for.

Ultimately, I want to see loot boxes gone. I find them hugely distracting, and actively avoid games with them and similar mechanics. Realistically, publishers will always find a way to dig into our wallets after we've bought the game.

At the very least, games with gambling should be rated for adults only, and there should always be a mechanic people can employ to automatically cut themselves off.

I am not subscribed to any video game news sites so I missed this from last month.

That must explain why Newbie started a new build. I knew Valve was going to release their next HL on VR in order to get an early monopoly on VR game services like they did with Steam and HL2. It was obvious when they invested in VR early.

I have a lot of faith in Valve to get this right but I am not going to be an early adopter. A $1000 MSRP on their branded VR kit is too much for me to invest in one game. I look forward to trying this game out in 2022 or later. Very excited for the tech anyway though.

M&B2, VTM2 and Cyberpunk are on my immediate radar. I still kind of want to look into the new Mechwarrior but am kind of afraid it would be like turning over a rotten log to expose an undergrowth empire of cynical gambling exploitation loot crates, and I almost would rather not know.

Also some of the titles I currently play have gotten an unexpectedly massive, visible boost from the 2070 despite the known CPU bottleneck.

I see this title and it just reminds me of age old jokes about how Valve can't count to 3. Also the floating hands just remind me of Nintendo Power Glove commercials. Also VR just doesn't grab me (I say as I haven't really played much of it since the kind of cool Descent displays in the 90s).

I think if I were going to put $1000 on a peripheral it would be towards a top-end IPS monitor or a larger Wacom tablet. If for gaming, maybe some flight sim gadgets.

Actual in game footage but not really.

The game actually looks like this. It just plays a movie when you or the AI initiate combat. 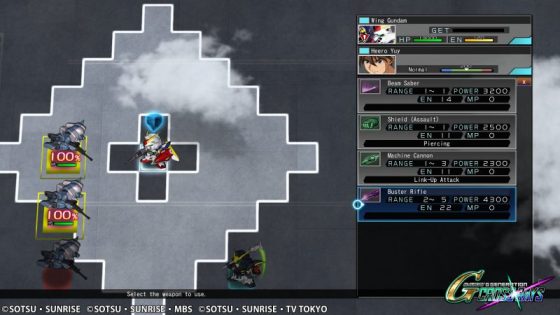 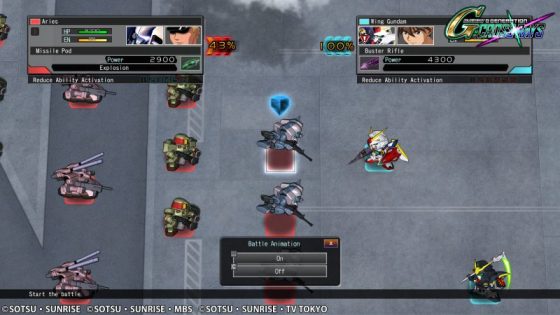 That's fine. I love tactical RPGs but the small scale of the game is a turn off. This is the year 2019. If you are going to have a turn based game on a grid like this you better include hundreds or thousands of controllable units. I don't mind battles taking hours of micromanaging.

We have better tech than this nowadays. Actually use it.

Also +1 to whoever can figure out who my favorite Gundam Wing pilot and suit is.

I was gonna say Trowa but I changed it to Treize

I was gonna say Trowa but I changed it to Treize

I am sorry but that is not correct. Trowa is actually my least favorite pilot and a possible homosexual. Treize is not my favorite either but he is my definite second favorite.

My favorite pilot is Duo Maxwell. My username for the MSN Gaming Zone was actually Bloody_Duo when I was 11. 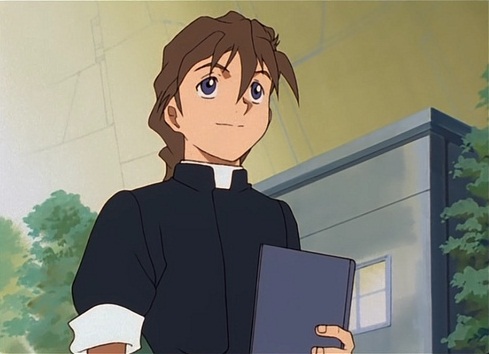 What was your favorite?

In Wing, deathscythe. Only saw the movie as a kid had no idea what was going on. Overall, probably dragon and the gm ground type.