Is it even possible to be banned when the stakes are so low? The place is dead; no mod would waste the time to ban you.
The shape of an eye in front of the ocean, digging for stones and throwing them against its window pane. Take it down dreamer, take it down deep. - Other Families

spelling of "fair" as opposed to "fare" clearly indicates you either went to a southern school or no school at all.

I clicked on the link but it just goes to an error page.  Good post though, would read again.

By Scott Lane at 3:43pm [Step father of Buddhist student]

Like many people I have encountered who were raised in a Christian environment, I was indifferent to what I felt were minor infractions of the law that protects the separation of church and state. What's the big deal if teachers promote God in public schools? I didn't see any danger in official prayer during graduation or a football game, or in a science teacher mentioning her religious beliefs when discussing evolution. These were things that had happened when I was in school, and my experience was just fine. Even after I stopped being an active Christian, I didn't understand how any of this could be considered discrimination, as some people claimed. Didn't the Bible teach us to obey rules, and wouldn't that be a positive lesson for our children? Of course, I didn't realize the hypocrisy of breaking the law in order to teach children to obey rules.

But then, when my stepson, who has been raised a Buddhist, enrolled in the sixth grade at our local school, Negreet High, it became personal, and I could no longer turn a blind eye to the very real harms that occur when school officials violate the separation of church and state.

My stepson started at Negreet in the same class as one of my children. By the end of the first week of school, he was having serious stomach issues and anxiety. We couldn't figure out why. In the mornings, my wife would pull over on the side of the road as they approached school so he could throw up. At first, we thought he was sick and we let him stay home. Soon it became apparent that this was not a cold, but something much worse. Our children informed us that their teacher had been chastising and bullying my stepson for his Buddhist beliefs.

On a science test, their teacher had included a fill-in-the-blank question: "ISN'T IT AMAZING WHAT THE _____________ HAS MADE!!!!!!!!!!!!!!!!!!!!!!!!!!!!!!!!" When my stepson didn't know the answer ("Lord"), she belittled him in front of the entire class. When he wrote in "Lord Buddha" on another exam, she marked it wrong. As she was returning that exam to students, one student proclaimed aloud that "people are stupid if they think God is not real." In response, my stepson's teacher agreed, telling the class, "Yes! That is right! I had a student miss that on his test." The entire class broke out in laughter at my stepson.

The same teacher also told our children that the Bible is "100 percent true," that the Earth was created by God 6,000 years ago, and that evolution is "impossible" and a "stupid theory made up by stupid people who don't want to believe in God." She's also told the class that Buddhism is "stupid."

We were shocked, but we quickly learned from our children that these types of activities were not unusual. School officials were repeatedly imposing their religious beliefs on students in myriad ways. For example:

When we went to the school to meet with the principal, we saw a large picture of Jesus over the school's main doors, a Bible verse on the school's electronic marquee, and numerous religious posters and pictures on the walls. Religious images and messages are displayed throughout the school, in fact.
We learned from our children that official prayers, typically led by the principal or teachers, are routinely incorporated into class and school events like assemblies, and sporting events. The school even requires students to attend "See You at the Pole" each year, where they must take part in prayer and worship.
We discovered that school officials were distributing religious literature to students. For example, one of our other son's teachers passed out copies of a book from the "Truth For Youth" program, a revivalist ministry. The book included the entire New Testament of the Bible as well as cartoons that denounce evolution and trumpet the evils of birth control, premarital sex, rock music, alcohol, pornography, homosexuality, sorcery, and witchcraft.

We assumed that the Superintendent was not aware of all the unlawful activities at Negreet and would want to know about them so she could rectify the situation, but we could not have been more wrong. She was dismissive and told us that we live in the "Bible Belt" and that this is just how things are. She added that, because she was not offended by the fact that "the lady who cuts [her] toenails has a statue of Buddha," we should not be upset by the blatant proselytizing at Negreet or the bullying and harassment of our son and the degradation of his Buddhist faith.

My wife and I were floored. I tried to point out that the "Bible Belt" was not a separate country and that we were still entitled to religious liberty as guaranteed by the Constitution. She would have none of it, however. She asked whether my stepson had to be raised as a Buddhist and even suggested that he "change" his faith to better fit in. To add insult to injury, the next day, the Superintendent sent a letter to Negreet's principal, which he read to students over the intercom. The letter thanked Negreet's teachers and principal for maintaining their religious values and influence in the school.

The only recourse offered by the Superintendent was to transfer our son to another school in the school district where, she claimed, there were "more Asians." Hoping to stop the bullying, we agreed to do so, but it turns out that these unconstitutional practices go beyond just Negreet. Even at the new school, school officials regularly promote Christianity, and we are fearful that our son will eventually be targeted again because of his Buddhist beliefs.

We don't begrudge others their right to their Christian faith. But that's why the separation of church and state is so important: It gives us all the breathing room and freedom to believe what we want to believe and to practice those beliefs without undue influence or interference by the government. Forcing your beliefs on another is not freedom; it is oppression.

And when official religious practices are this rampant and pervasive, like they are in Sabine Parish public schools, it is tantamount to religious discrimination. It excludes children and families of minority faiths and beliefs and creates a hostile environment for them. It undermines everyone's religious freedom. I see that now.

Scott Lane is a plaintiff in the ACLU's case Lane v. Sabine Parish School Board. The lawsuit was filed on behalf of two parents, Scott, his wife Sharon Lane, and three of their children, including their son, C.C., who is a Buddhist of Thai descent.

the first link is for the lazy people 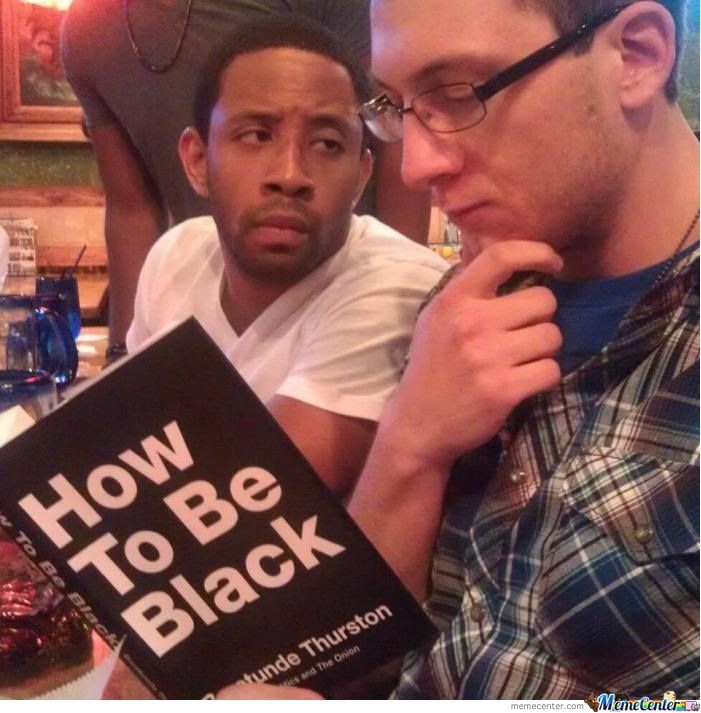 here's the image you were looking for em

we should have another ethnic cleansing

I had a dream I was at a bar chatting up an Asian chick. She mentioned that her schooling was focused on helping underprivileged people and urban youth. So I lied and said I helped tutor urban youth and African American teens in math. So a black guy comes up and holds a knife to my belly up close and said I better watch what I said about African Americans because he "doesn't play that shit". I tried explaining what I had said and his tall tattooed dreadlocked friend hears me and see what is happening and stopped his friend from stabbing me. Then the black guy left and I was embarrassed.

I don't know who you are but I like you

I had a dream I was at a bar chatting up an Asian chick. She mentioned that her schooling was focused on helping underprivileged people and urban youth. So I lied and said I helped tutor urban youth and African American teens in math. So a black guy comes up and holds a knife to my belly up close and said I better watch what I said about African Americans because he "doesn't play that shit". I tried explaining what I had said and his tall tattooed dreadlocked friend hears me and see what is happening and stopped his friend from stabbing me. Then the black guy left and I was embarrassed.

you were both you and the guy's friend