I get a request like this about once a month, a random adds me then starts a request for the TF2 medal. Always the medal.

I string them along til I get bored, usually just try to see how badly they would rip another person of their items.

It can be fun acting like I'm new to the trade system though and troll along for a bit. 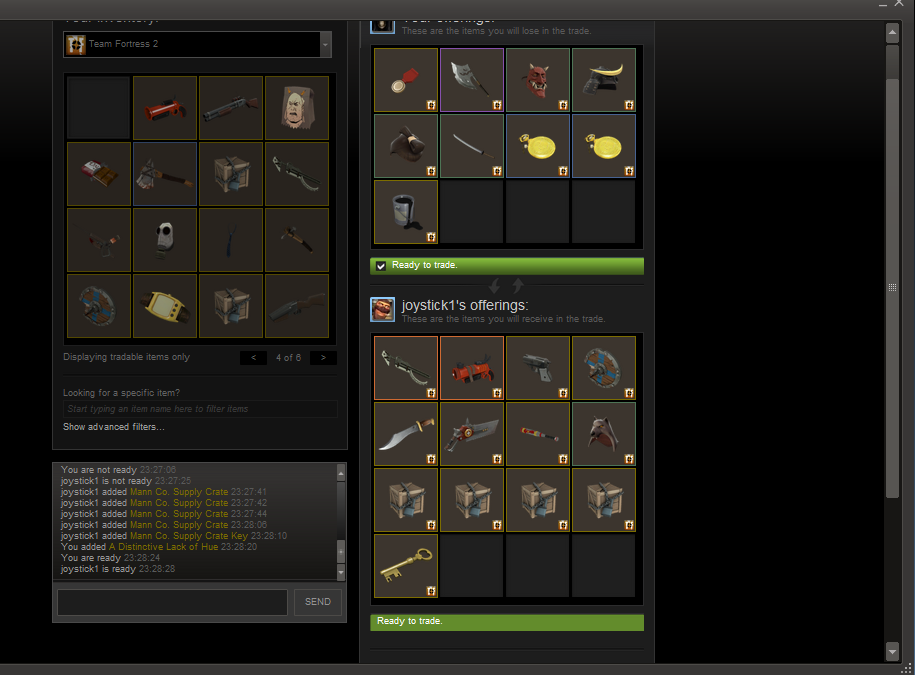 Seriously, this is what the game has been reduced to. Damn valve.

It's like that in every game with trading, mainly MMOs. You get the people who suck just trying to be nice to hopeful nubs and snake their way to decent gear.

Not in FFXI, though

That was funny to read. You could almost see the twat giggling as he thought he had scored big.

People always ask me for my "Bill's Hat" as well as the Headtaker. With the latter they always lie about how you can make another. It's weird, they are low and scrounging enough to beg and simper for items but then every one of them thinks they are clever enough to undersell you. S'pose that's not actually all that weird.
[Blinking eyes thing]
Steam: http://steamcommunity.com/id/tzyon

the early days of trading were gold

yep
everything i write is a ramble and should not be taken seriously.... seriously. ♥