cigano is a beast
Blackbelts are just whitebelts who have never quit. 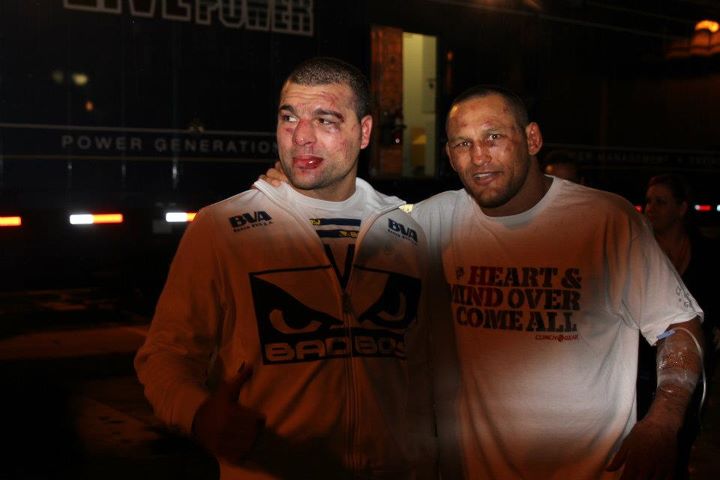 watching that fight right now, was in San Diego last night so I couldn't see it.  So far i'm three rounds in and its a fucking waaaarrr

It was a great fight.

what a fucking fight!

got a little sloppy at a few points but overall an amazing fight.  one of the best of the year, for sure.

Fedor broke his losing streak on a decision against a second rater.

Fedor broke his losing streak on a decision against a second rater.

Very HQ, full fight, watch it before it gets zapped.

watching that fight right now, was in San Diego last night so I couldn't see it.  So far i'm three rounds in and its a fucking waaaarrr

Do you have a high quality link?

Full fight in HQ. So if you want to see how these guys ended up like that go there.

GSP out 10 months, Diaz to fight Condit for the interim title.  How fucking gay.  I hope Diaz demolishes Condit and GSP gets healthy quick so they can hurry up and fight.  wtf

Frank Mir, what an animal

Frank Mir, what an animal 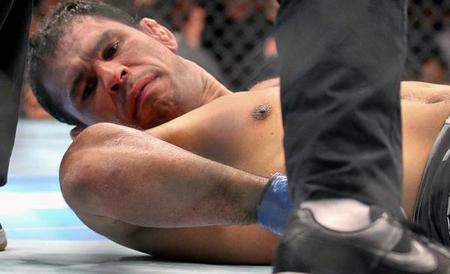 Lesnar vs Overeem predictions? I am betting on Overeem.

Ubereem has to get licensed to fight first.  There's been rumors that he won't be allowed to fight, but I just read up on his appointment with the Nevada State Athletic Commission and looks like he'll be granted a license as long as his piss test he submitted comes back clean.  Apparently the NSAC tried to get him to take a random drug test back in Nov. and he immediately flew back to Holland instead of submitting the test, then provided a blood test.  Might mean nothing, but ever since Overeem moved up from light heavy and bulked up to his current Ubereem physique he's been dogged by steroid rumors.  This definitely doesn't help his case

I didn't hear about the piss test thing but re: the pics- it looks like a steady progression. It's not like he just ended up like that in a few months.

you should watch his old fights.  In fact I recommend the 2005 Pride GP that Shogun won.  All around one of the most stacked tourneys ever.

Fedor recently talked about how he wanted to fight in the UFC. If his management team wasn't so shit he would have been able to but now that the Fedor legend has been broken...

I have doubts whether he could compete well in the UFC. He didn't look to be in good shape in the Monson fight. It also went to a decision. Monson isn't a top tier fighter either. I'm not saying he isn't a good fighter, it's just that..after he got into arguably the second best promotion he imploded.
He's also not getting any younger too. I don't know What do you think?

A Ortiz-Fedor fight would be interesting. One of them would have to cut or gain weight but it would be worth watching. A PPV billed with damn near fall of famer Ortiz vs one of the most dominating  fighters in MMA history would pull in the cash I think. It would be great for both of their careers too. Fedor needs a win over someone with rep and Ortiz needs to get some sort of positive attention. If he doesn't get the attention he might have to start pimping out his wife again

I would pay for it just for the circus aspect of that fight, but it doesn't intrigue me one bit. It doesn't look like Tito has evolved at the pace other old timers have, plus he doesn't really try to impose the game plan that worked for all those years- the ground and pound. Instead he tries to half-heartedly box when his boxing isn't up to par with other 205-ers

It's tough to watch Fedor fight nowadays. He's another one of those old guard that refuses to evolve. It also seems like his heart just isn't in it. He never struck me as a charismatic guy but it seems like his motivation just isn't there. His management clearly fucked up his career and legacy by trying to pick who he fights and forcing cross promotion with M-1 Global.

With the recent news that Strikeforce wil dissolve the heavyweight division, virtually all the best heavyweights will be in the UFC. It's a shame this wasn't done sooner so we could have seen all those pride heavyweights come over before they were washed up.