This is a game I am hugely looking forward to, even if I may not view C&C games as the greatest out there. So I have decided to create this topic to show you guys someone of the amazing things this game has to offer and bit of background. First up I will show you this original trailer for the game which shows you some of the models being used for the units in this game.
Trailer

After playing this demo i have to say i had fun and the story was interesting but the gameplay was a slight disappointment.

"It is 2047 and the stakes could not be higher. Tiberium -- a self-replicating alien substance that has infected the Earth -- is spreading like a radioactive ice age. The GDI, a high-tech alliance of the world's most advanced nations, is fighting to contain Tiberium, but Kane, the megalomaniacal leader of The Brotherhood of NOD has other plans for Earth. Kane's secret society turned superpower is bent on using Tiberium to take control and transform humanity into his twisted vision of the future. All-out war rages over Tiberium and the fate of the planet rests in the balance." - IGN

The GDI control 20% of the land mass, which is fertile, beautiful and wealthy. This land is know as the "Blue Zone".

50% of the world consists of the "Yellow Zone" this land is populated by most of the worlds population, it is quite infected with tiberian and is war torn but still livable. They see the GDI as hoarders who are not sharing their good fortune, the NOD use this to their advantage and try to recruit from these zones and increase their hold on the world.

30% of the world consists of the "Red Zone" this land is so badly contaminated with tiberian that nothing can live there.

The Units Some of what is below is based on previous C&C games but most is from what I have read about this game
Now not much has been shared about the units but it looks like its similar to the old Tiberian Universe games. However there are some additions and for those of you that dont know the classic C&C units ill lay it down for you.

Infantry in this game comes in groups, rather than idividual units. 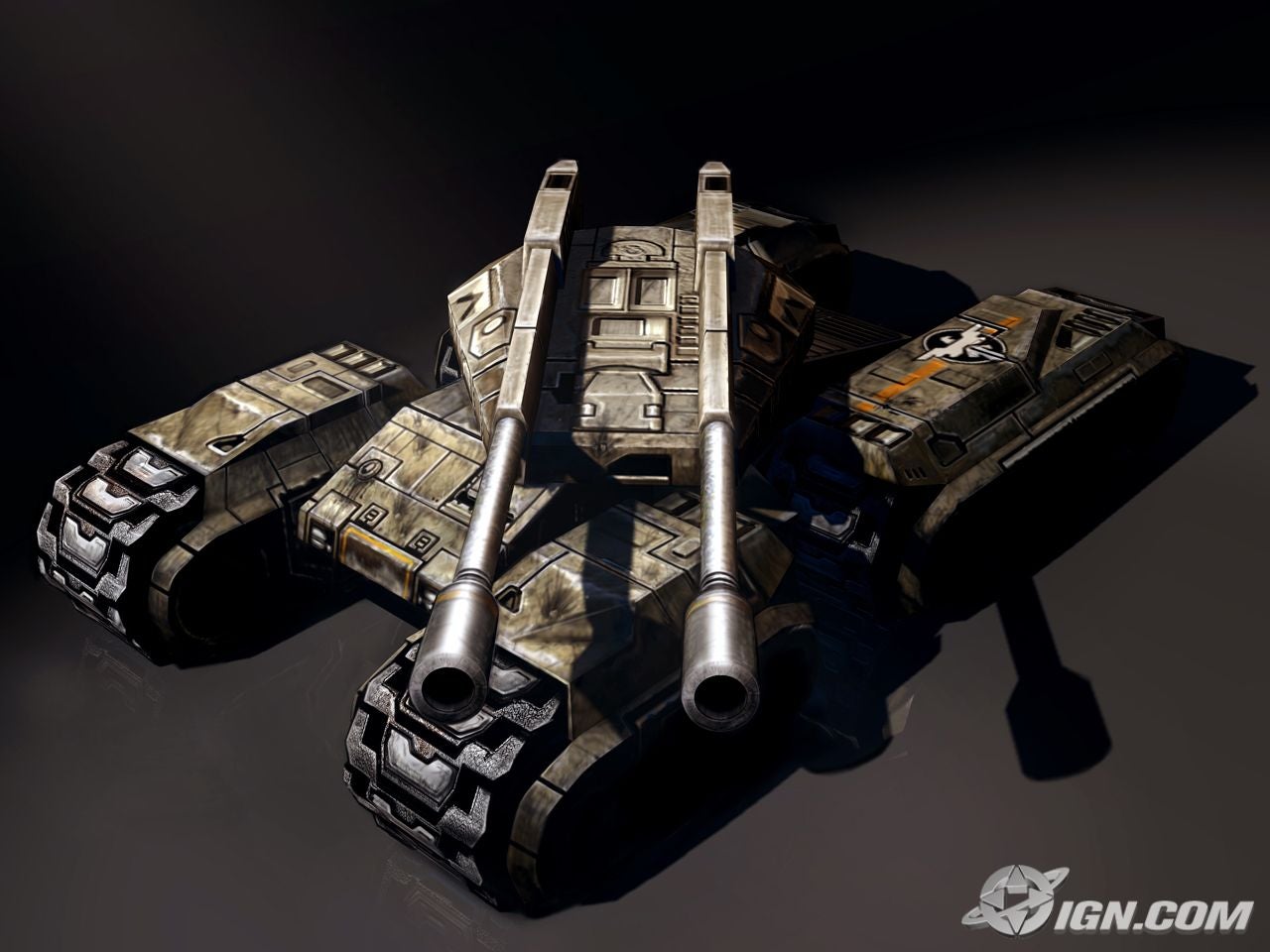 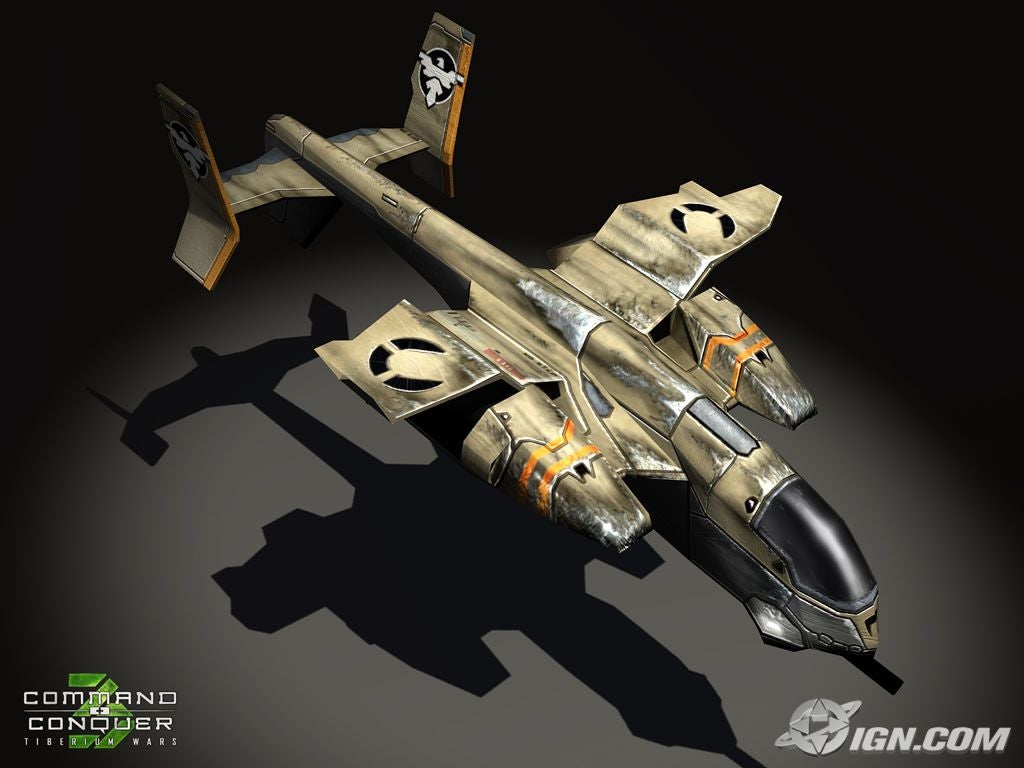 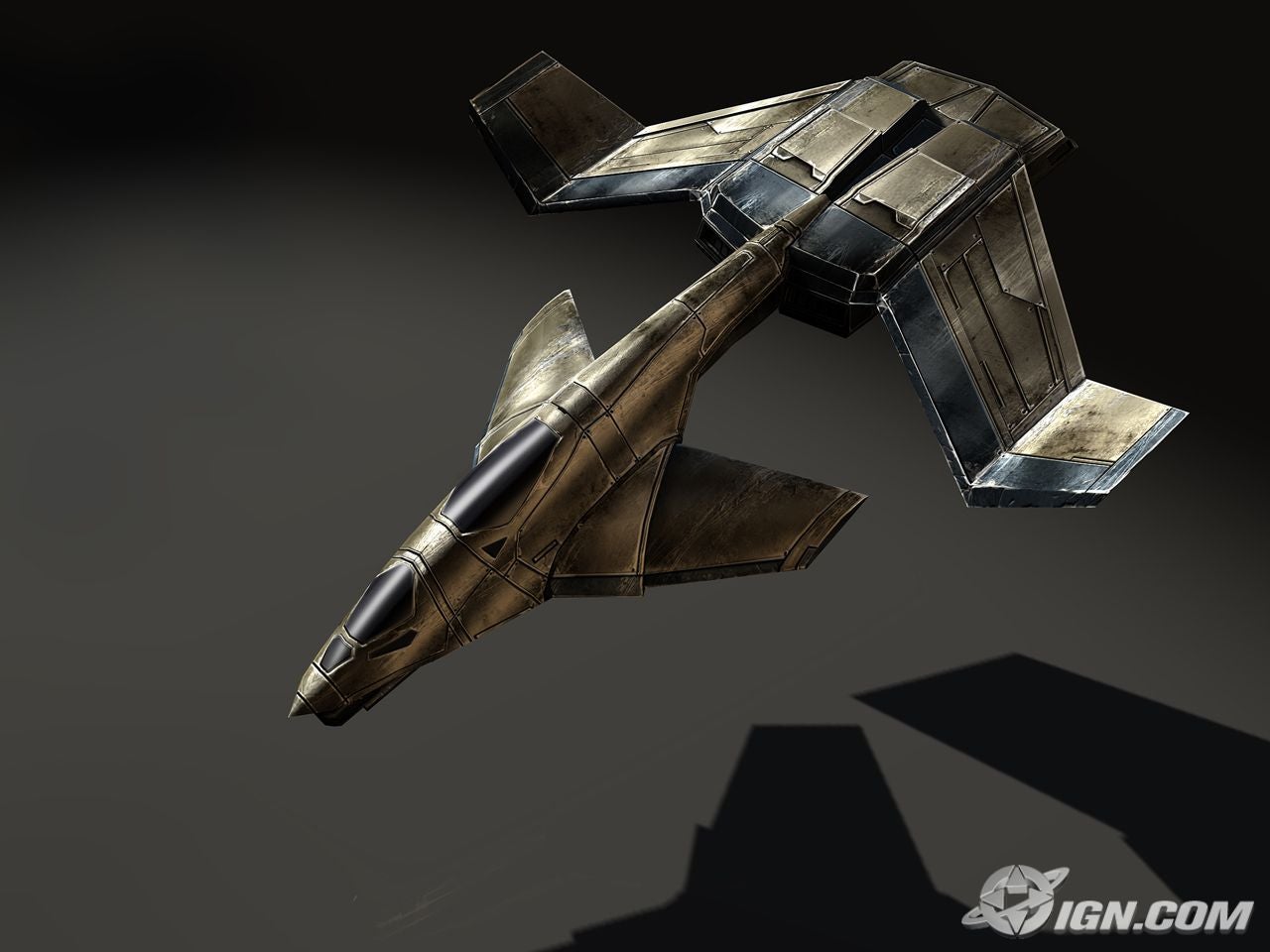 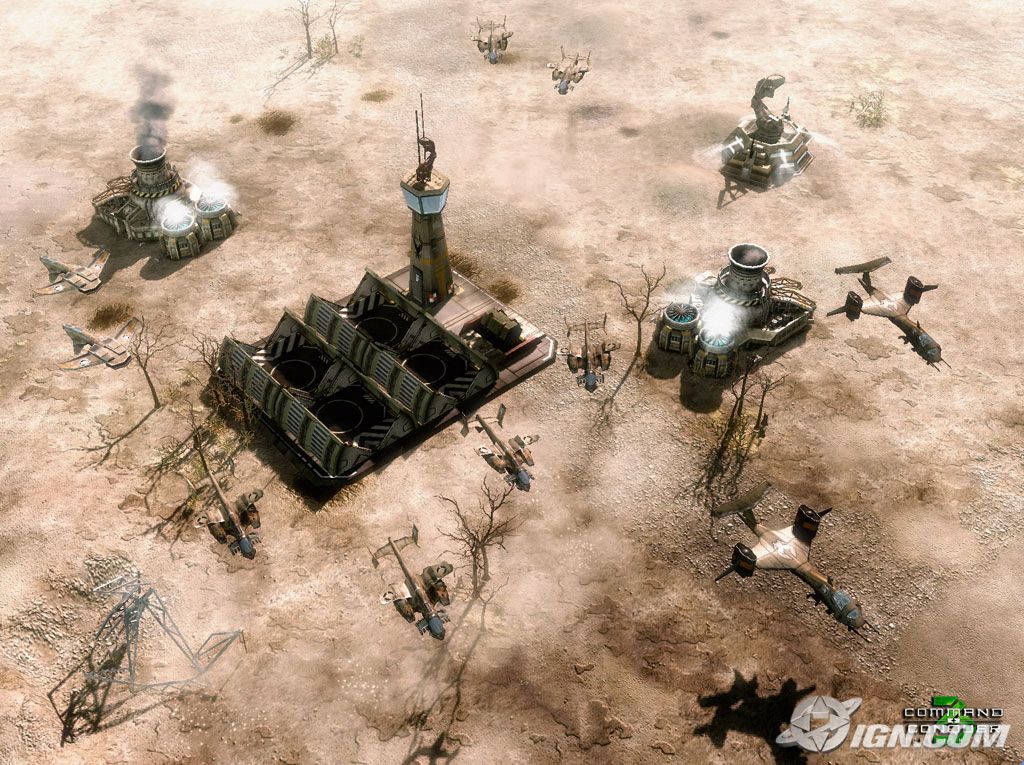 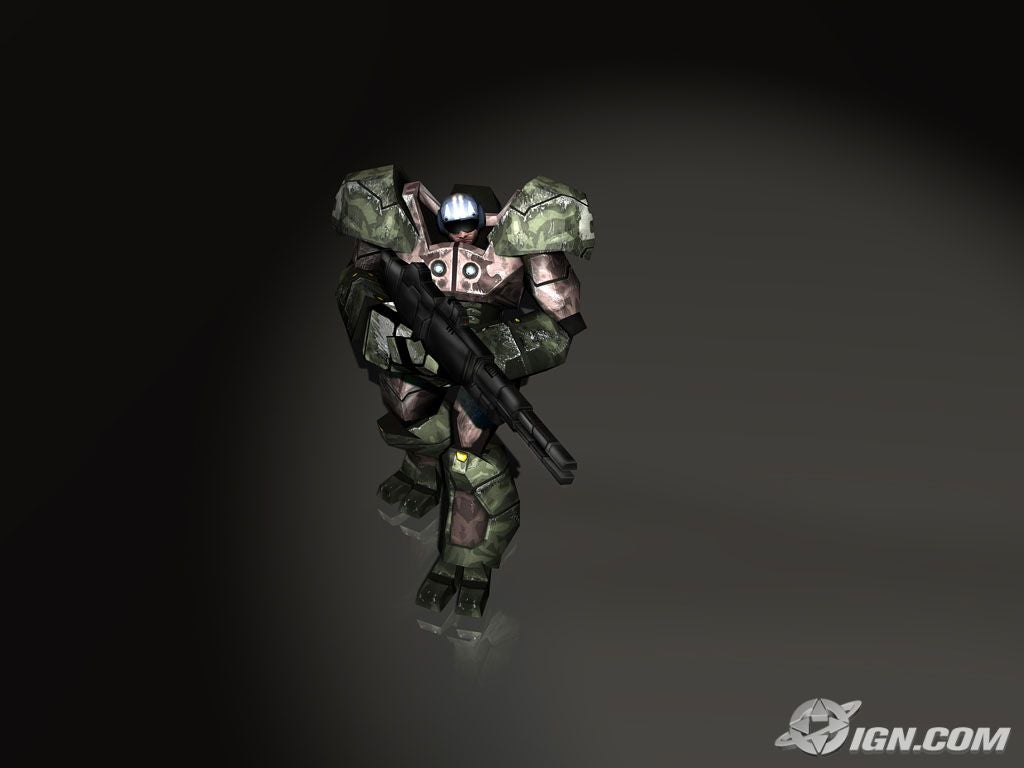 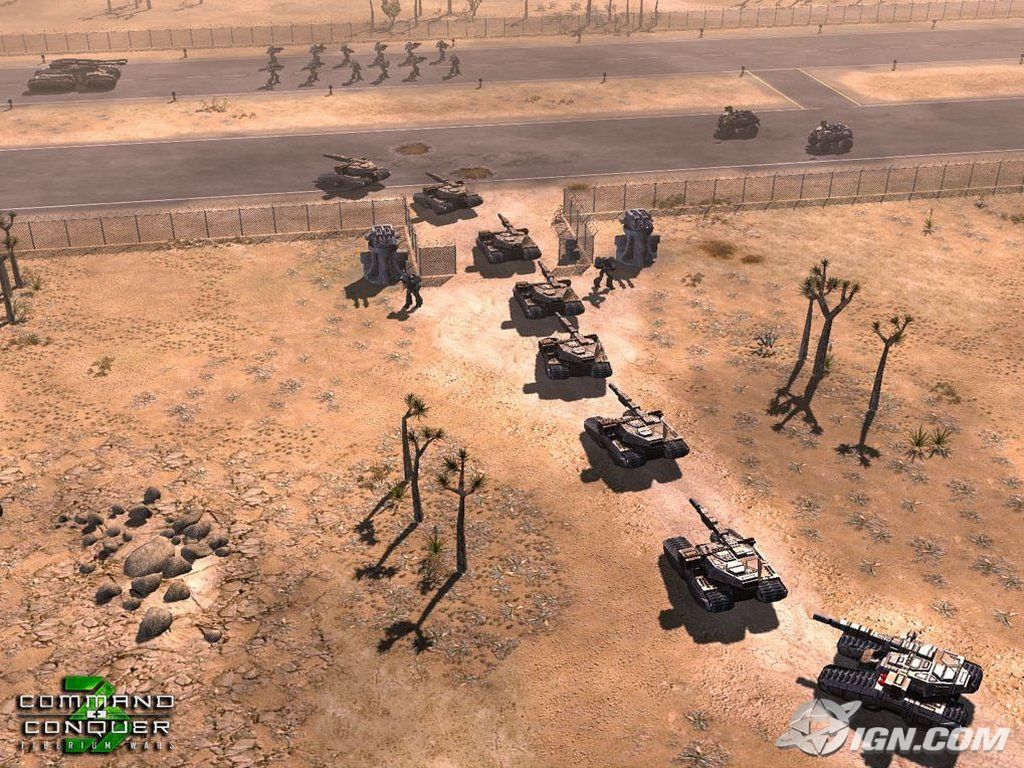 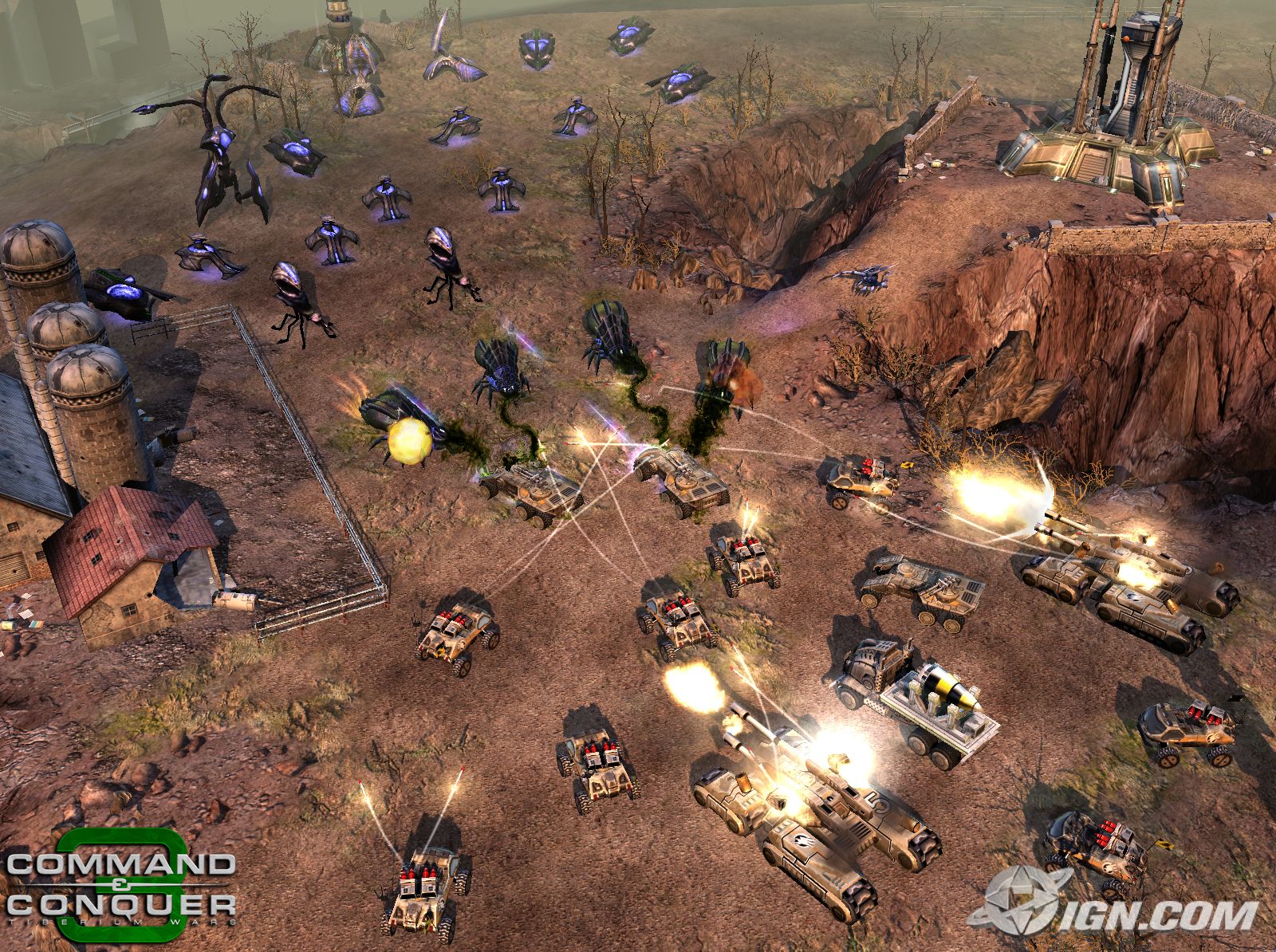 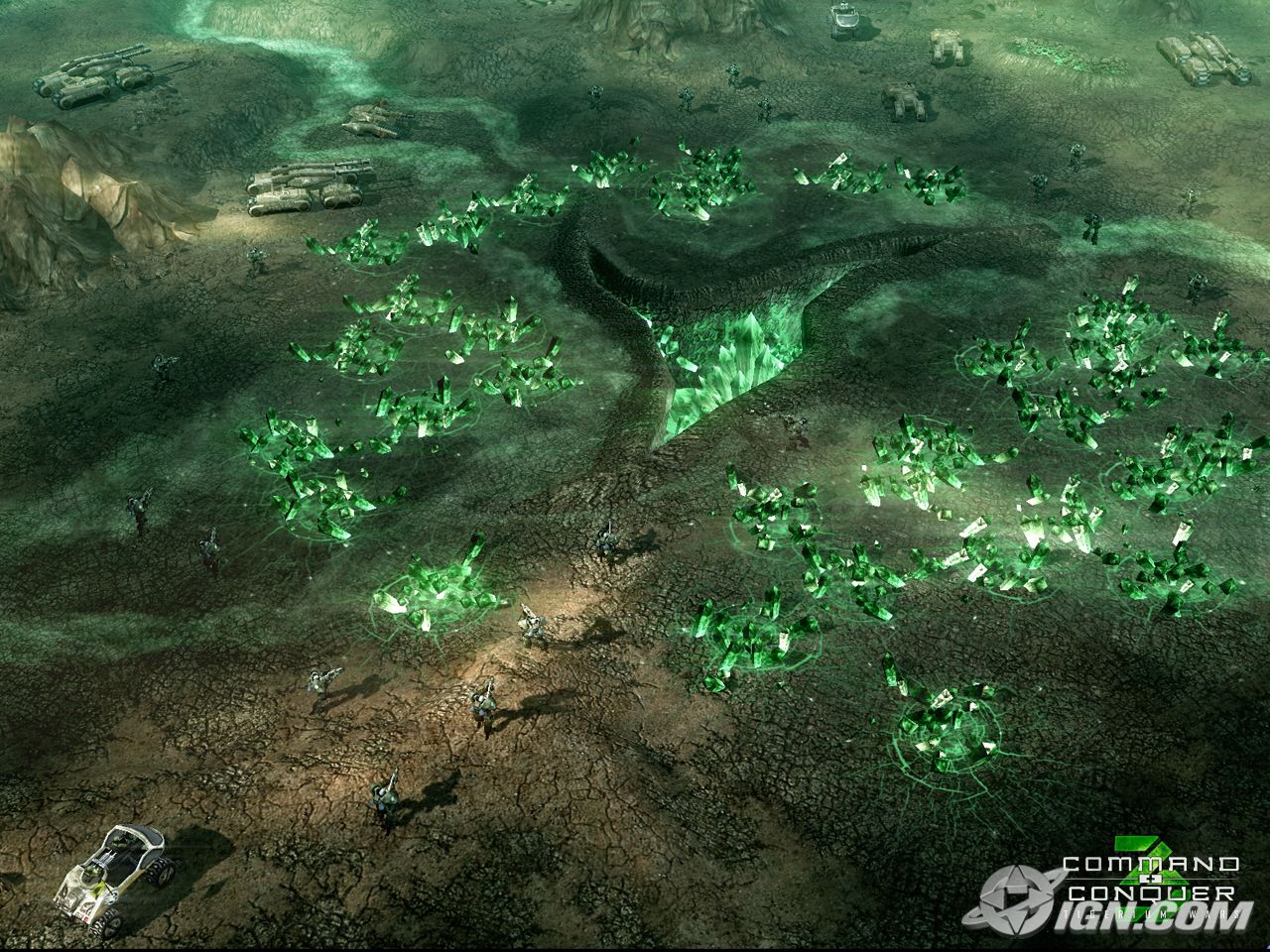 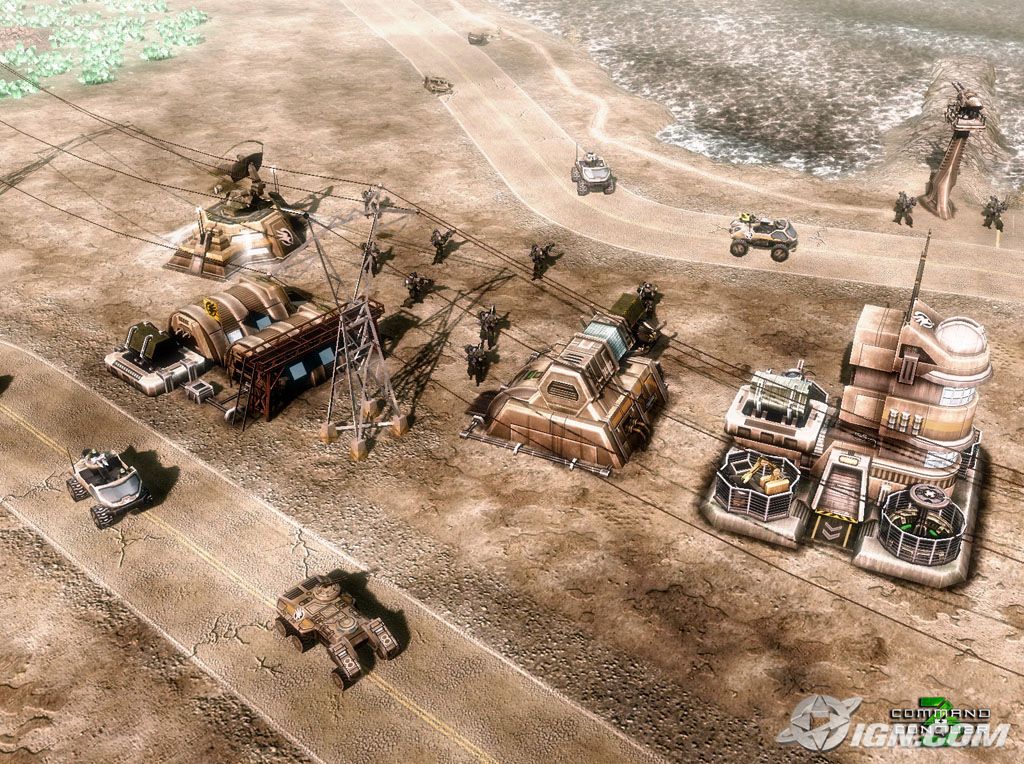 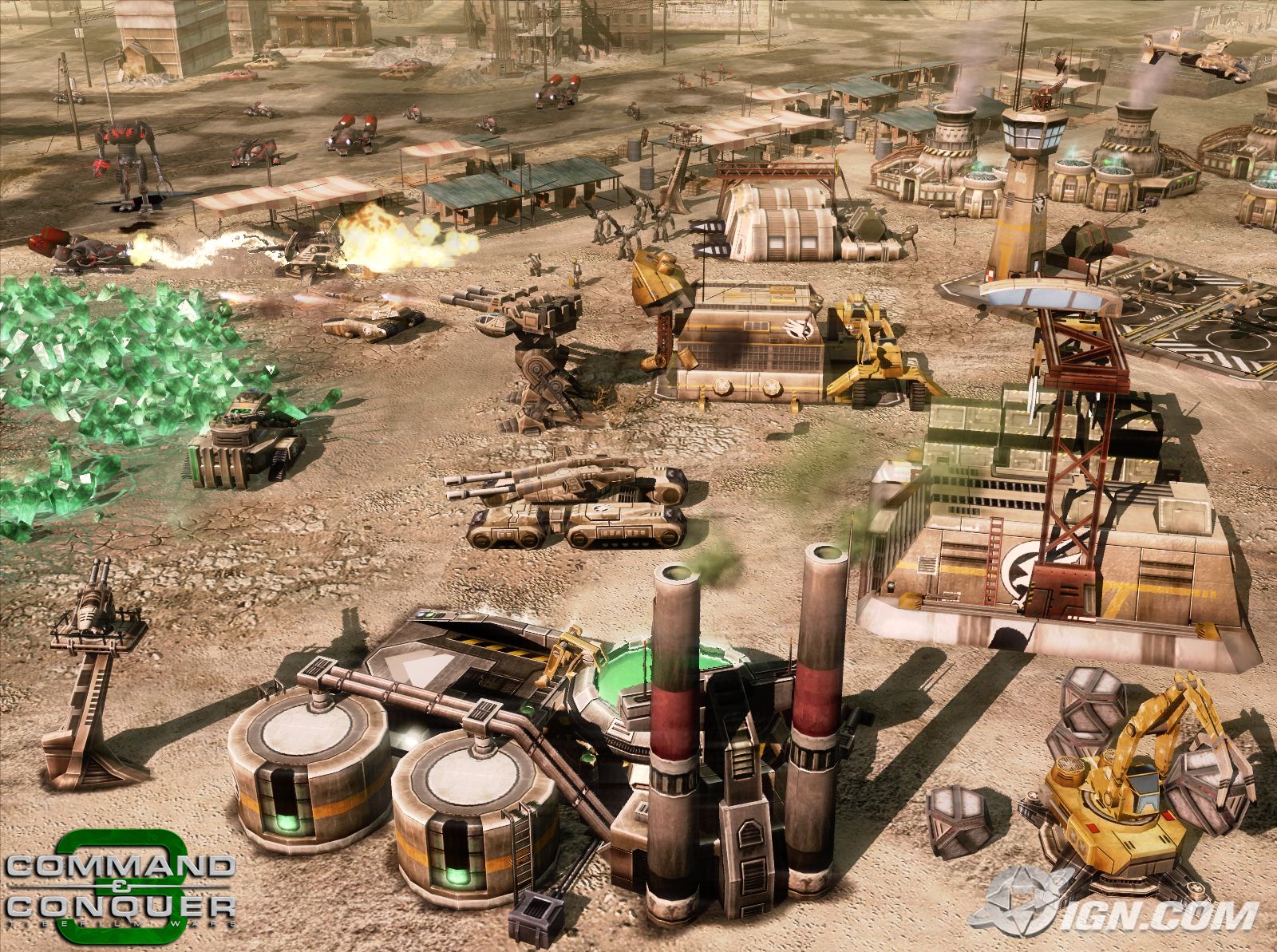 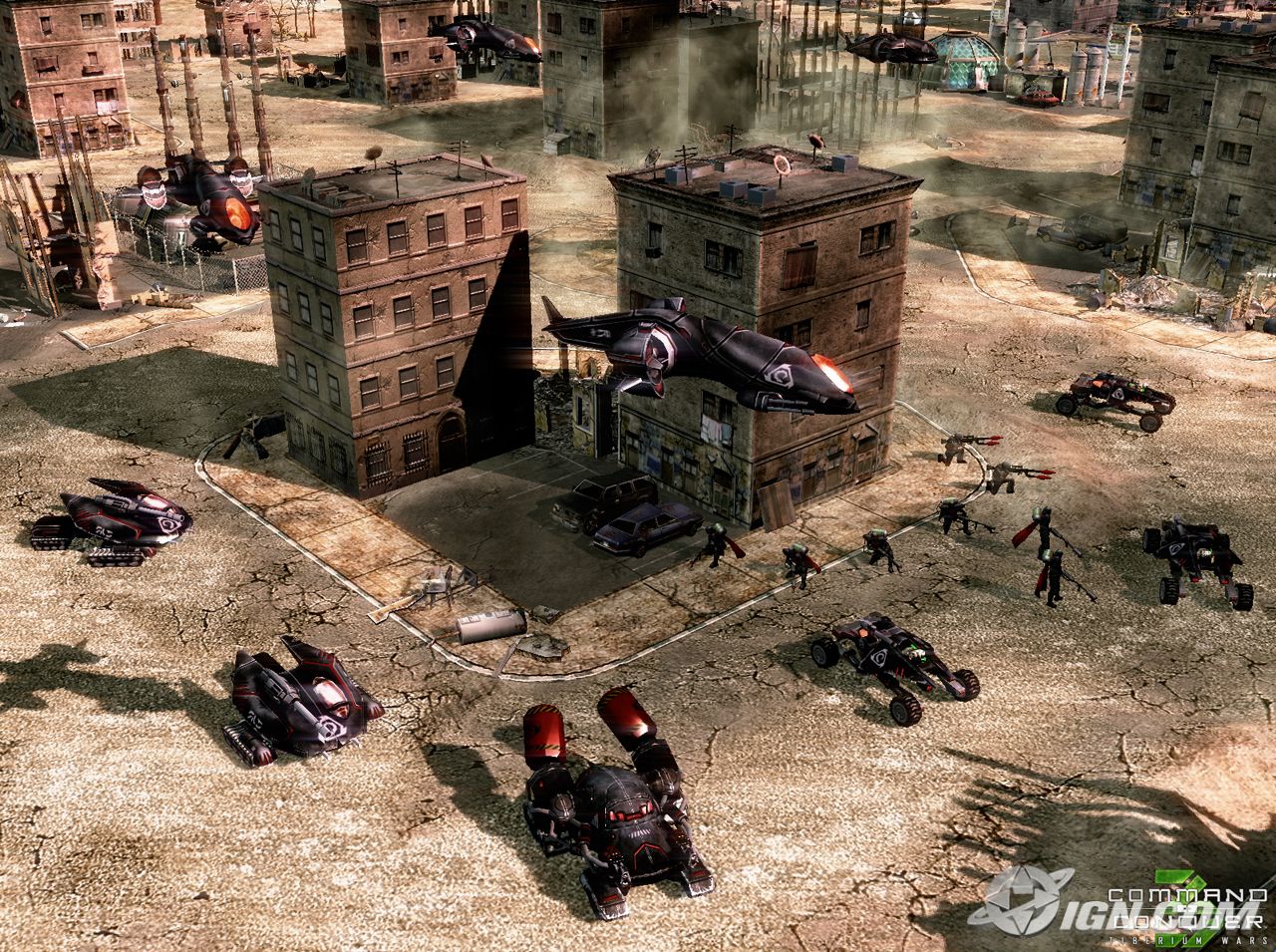 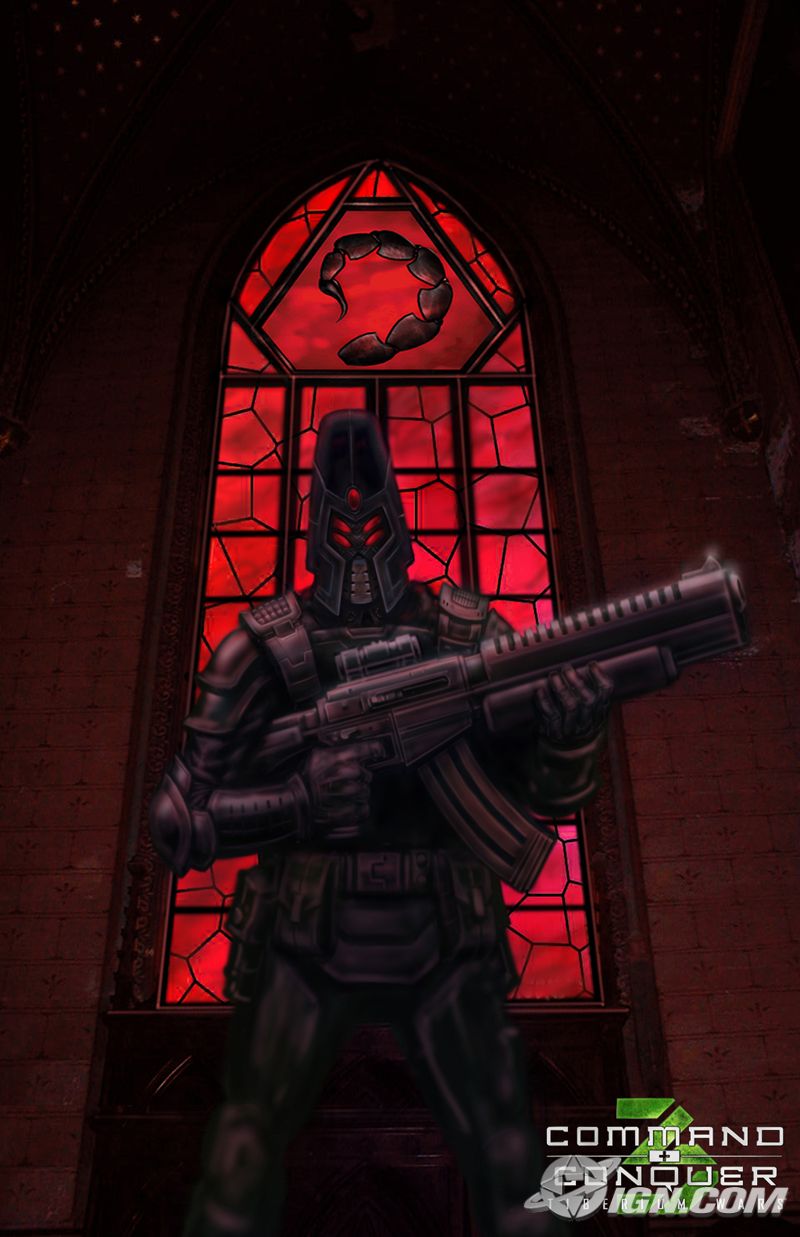 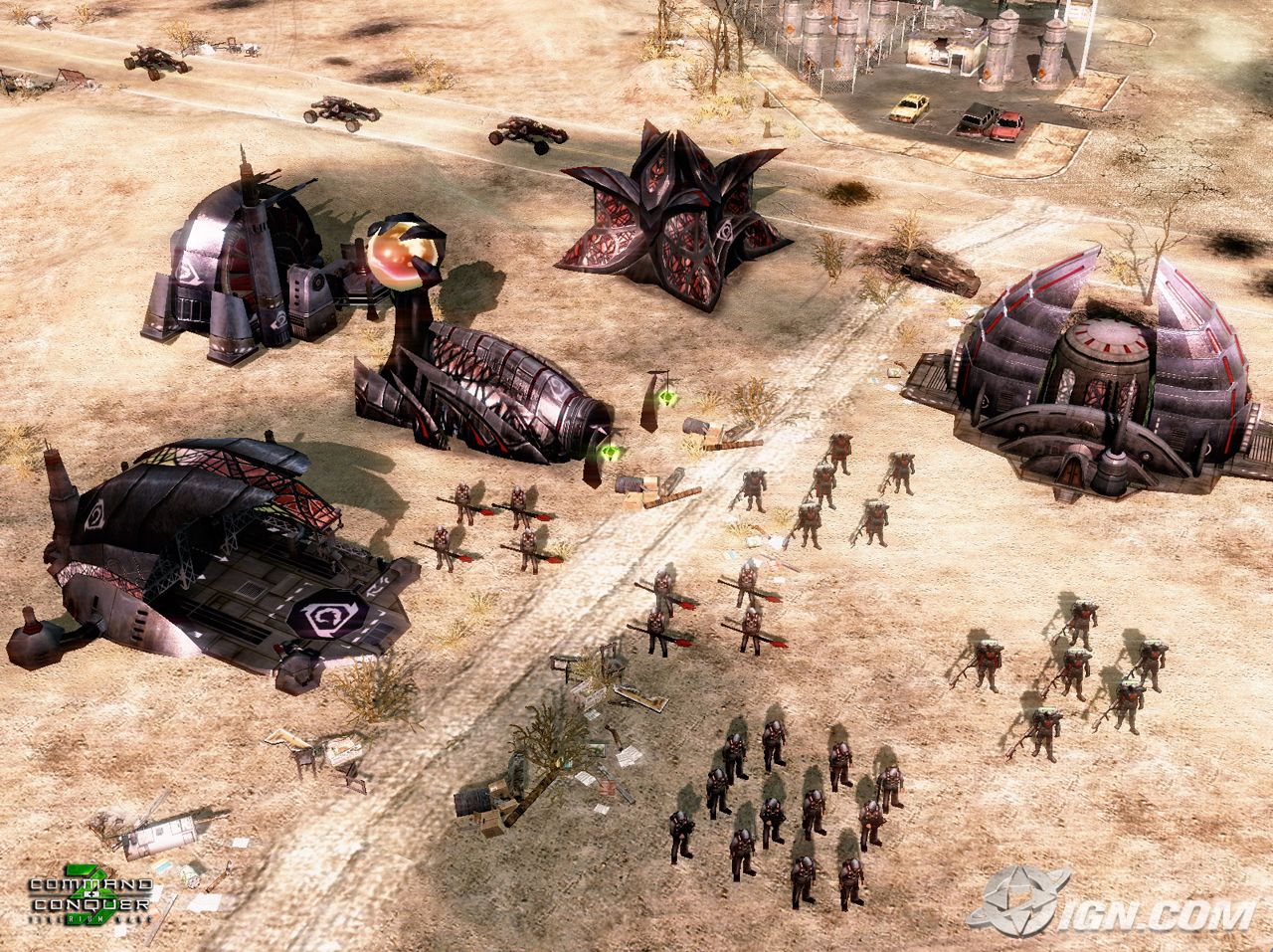 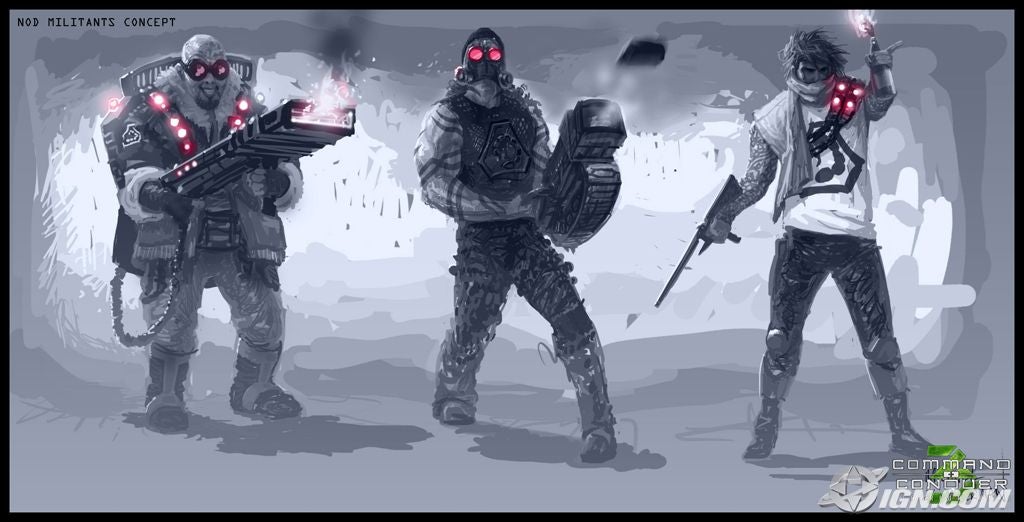 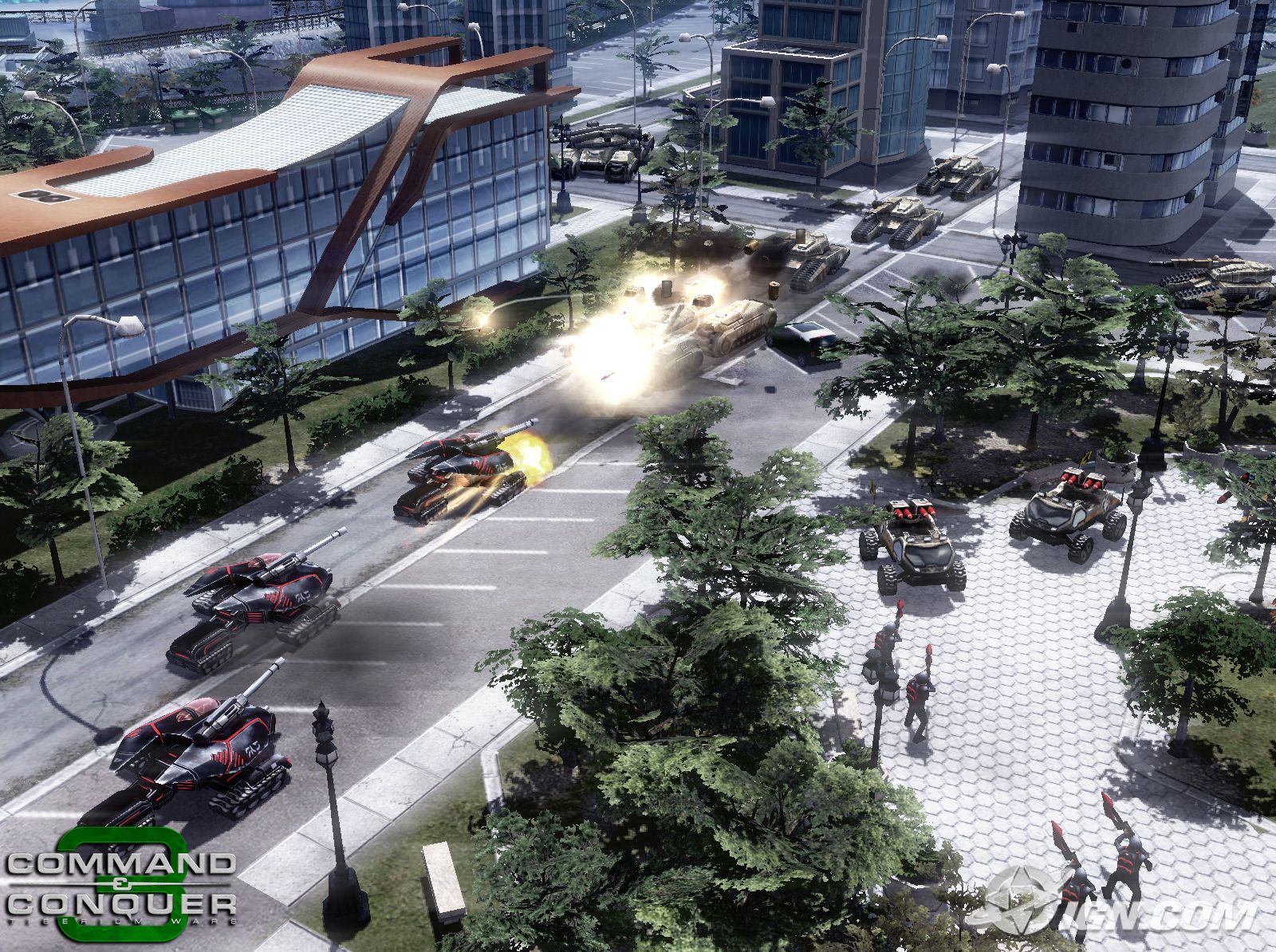 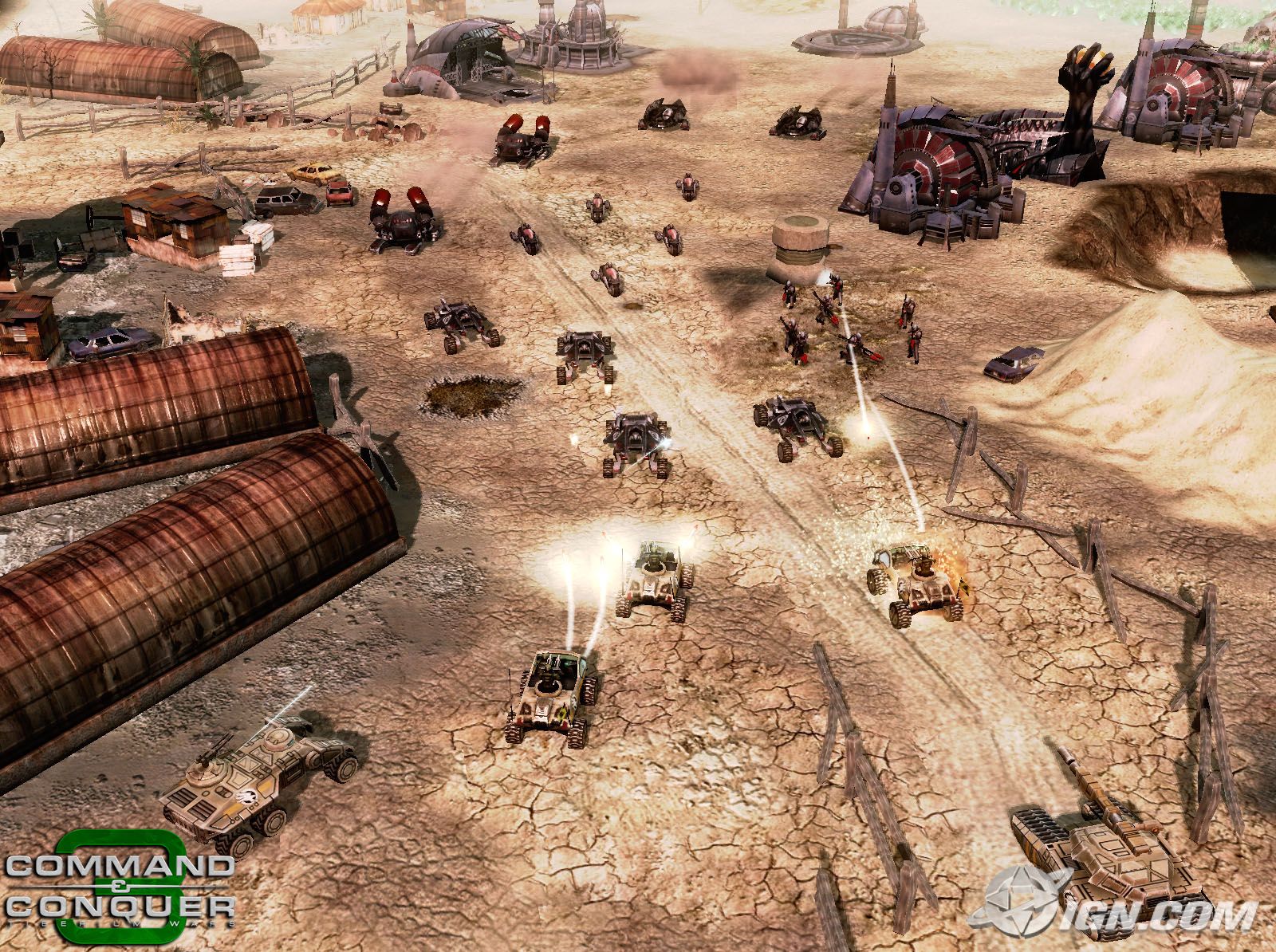 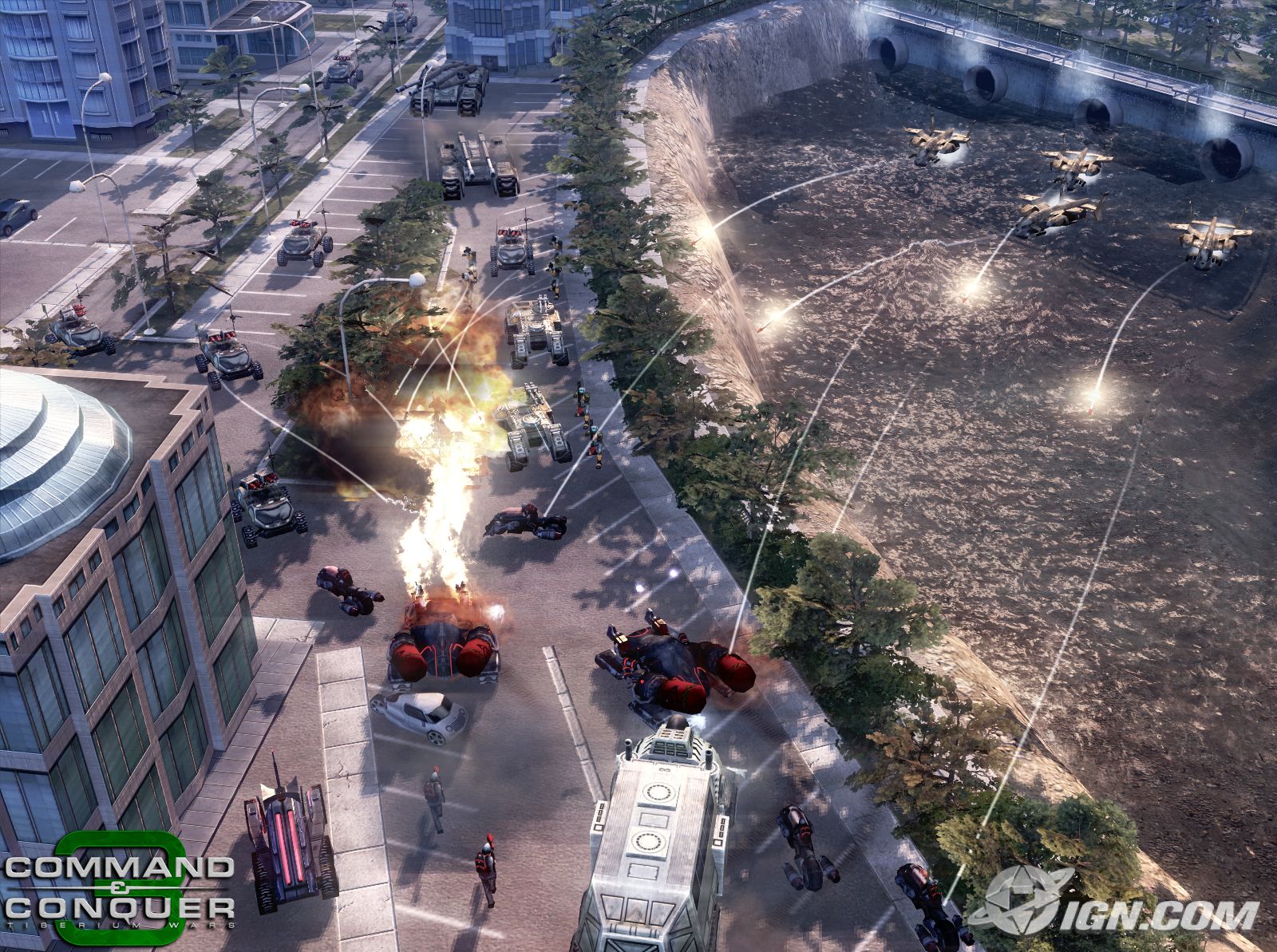 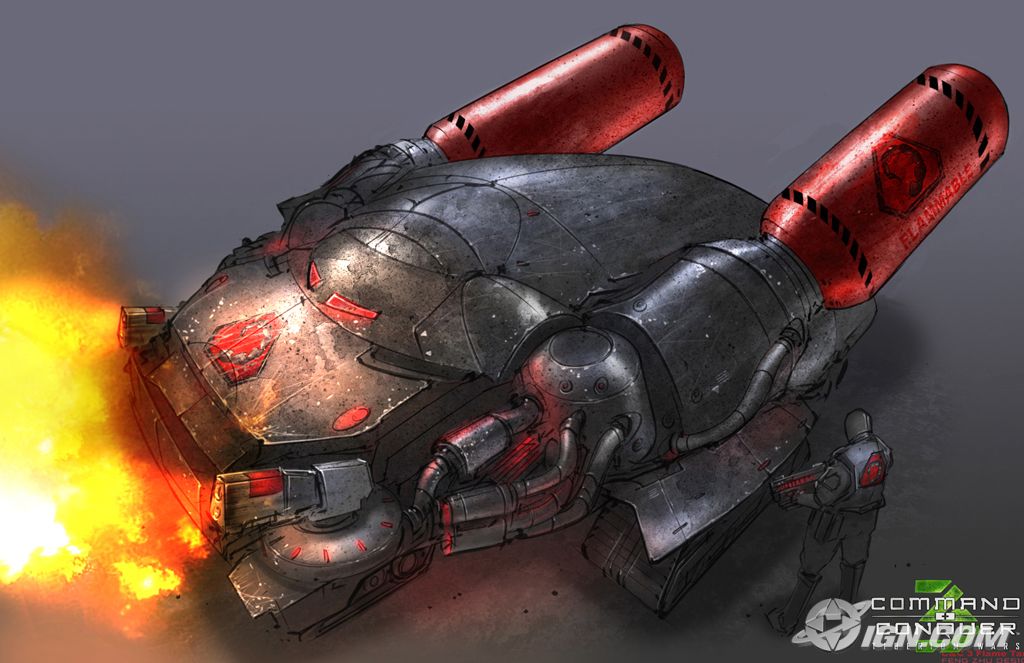 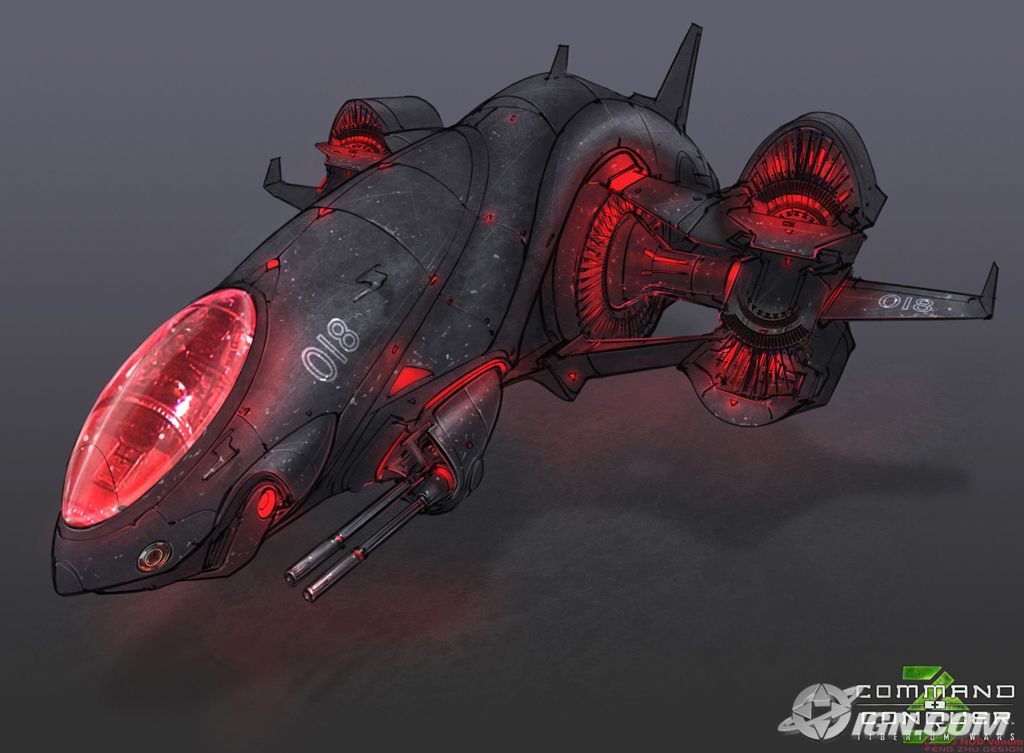 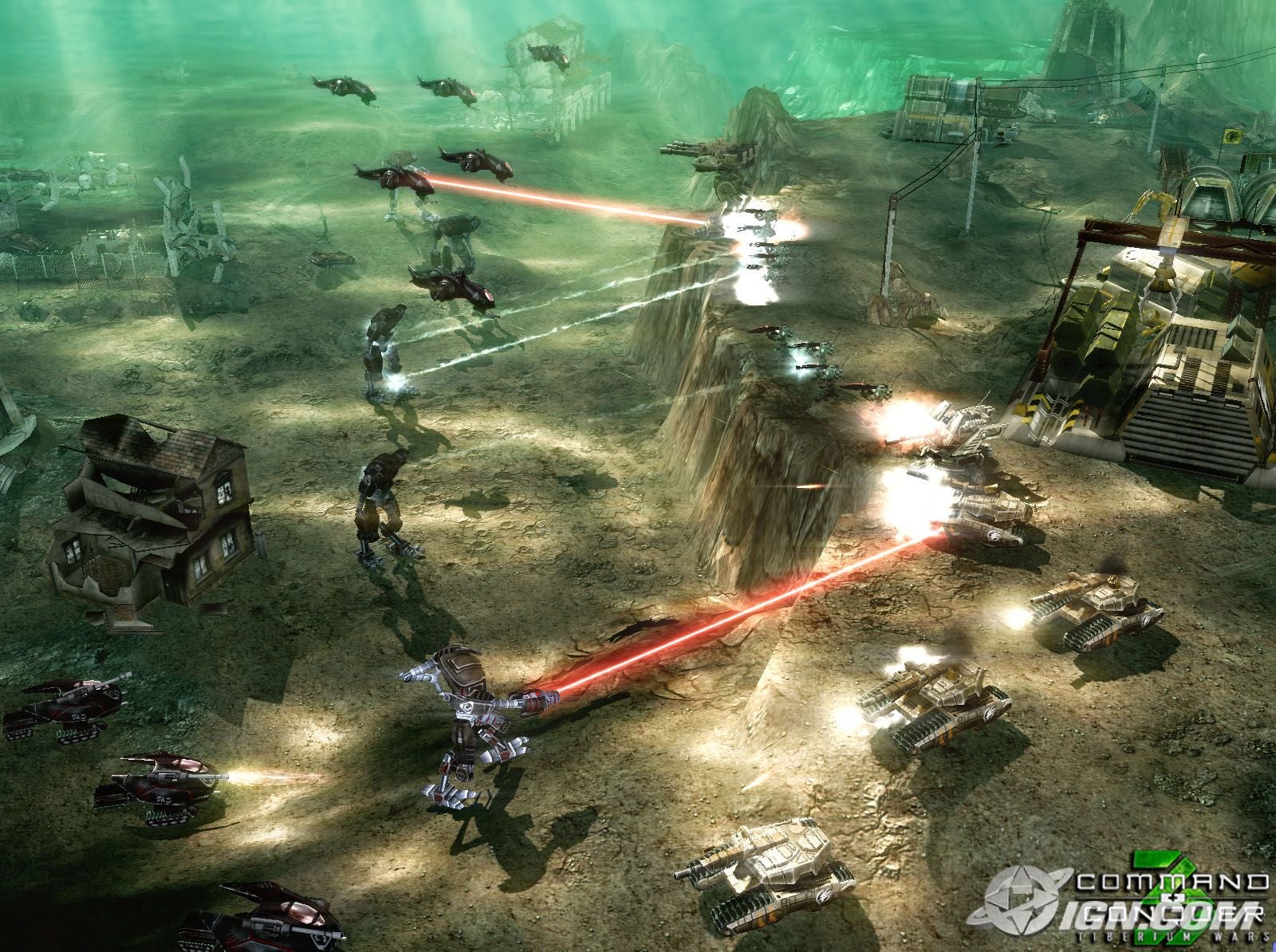 ^The Loook on my face.

I can't wait until the game is out! Been monitoring it since the word came out! Love the C&C series

ALIENS!!! FFS ALIENS!!!! It looks so good. Still probably not as good as Sup Com but that game is just incredible.

Gleaming, can't bloody wait for this!!!

Heh! Looks like the jump-jet infantry are back! I CAN'T WAIT FOR THIS GAME TO BE OUT!

Even though this new C&C looks great, its by EA. Even though I thought Generals was pretty poor and waaaaaaay to focused on superweapons and special abilities (i.e. total shite), they did a good job of keeping the game bug free (ish).
But, that was before BF2. And now I really dont trust them and think Ill wait to see the reviews (esp on this forums) before I buy it.

People are realy realy getting confused as to what EA does... EA publishes games, it does NOT make or maintain them. DICE are the ones that screw up the patches.

Hrmm... those may not be aliens. Doesn't anyone remember CABAL?

For those who don't know, CABAL was nod's uber-AI, but it was so smart that it broke off from nod and started its own faction. CABAL's faction colors seemed to be Grey, Black, and an incandescent blue.

Then again, for those of you who played c&c Renegade, there was a big crashed alien spacecraft in the 2nd to last level. Once you get inside it, it looks really odd, and almost JUST like the pattern of those units in the SS.

There's also the mention of alien ships in Tiberian Sun, too...

Oh well, it's probably Aliens, because I think I remember them being mentioned somewhere in the c&c 3 fluff, but just throwing the idea out there.

Yeah IGN calls them aliens... so thats kinda what I assumed. Kinda follows with the crashed alien craft in Sun.

looks crap! i aint gona touch it with a 10 food barge pole!

And I know IGN is a big website and all, and can afford boatloads of bandwidth. But do you think they like it when people hotlink their images?

err i dont get it...since people are mining(?) tiberium like crazy...why will that mineral spread like diseases?

And I know IGN is a big website and all, and can afford boatloads of bandwidth. But do you think they like it when people hotlink their images?

Dont think they will realy care. Im not trying to take credit for any of this im just trying to spread the awesomeness of this game

Yeah sorry bout tiberium but i cant be changed now

I love c&c. still play generals though am dogged by lag when there are two many Gatling cannons firing. Hopefully they have a new graphic engine for this game.

The aliens are the Scrin i think, same colour (Purple).

*Mourns the loss of Westwood Studios*

ALIENS!!! FFS ALIENS!!!! It looks so good. Still probably not as good as Sup Com but that game is just incredible.

Supreme Commander is what it is. C&C is what it is, and the Tiberium universe already has a gigantic fanbase.

Zero Hour was a much-needed transfusion of life for Generals. I felt sorry for anyone without it at the time Generals was being played. However, I agree that much of what was hyped about Generals in interviews was not present in the game, and was tantamount to false advertising.

I mean, there weren't any full-motion videos, FFS, unless you count brief chinshots in the opening animation (which used in-game imagery). A staple of the fucking C&C diet, and EA left it out! Oh, sure they decided to put reporters in ZH loading screens, but nothing else. Too little, too late.

Generals wasnt TOO bad.  But it was a slap in the face to the C&C series.  SLOW!