How there is not a thread about this already, I do not know.

Not only is this mod something to go and fucking get right this second, it has brought ARMA2, a how many year old game now, to the TOP of the Steam sales. Yes. Most Sold!

A 225 km2 open world post-soviet state and one of the areas hit by a new and presently unknown infection which has wiped out most of the world's population. You are one of the few who have survived and now you must search this new wasteland in order to fight for your life against what is left of the indigenous population, now infected with the disease.

Go Solo, team up with friends or take on the world as you choose your path in this brutal and chilling landscape using whatever means you stumble upon to survive.

I have yet to play the game, as I'm head high in assignments as uni comes to an end, but oh shit have I been following it, and just listening into some of my clan mates in teamspeak get so immersed into the gameplay is something I just havn't witnessed before in such depth.

I was talking to a mate at uni who plays it, and he mentioned how there was a medical center setup in one of the major cities, providing aid to survivors. Then suddenly 2 repaired HUMVIES rock up with bandits hanging onto the sides, a 10v10 war erupts then and there, resulting in huge death and loot being captured by the allied bandits.

Been playing this with my friend it's one of the most fun you can have in a game, got Arma II(again) just for this.

A good 40 man server at night time with a friend it's fucking epically exciting. Never trust anyone. It's worth pointing out though any guns/backpacks etc and any items at all you pick up, if you die you lose them all. So you'll have to start again with a shitty pistol and some ammo and 2 tins of food and water and a bandage or some shit.

oh ye best mod for a game ever though

Will have to give that a try.

Is it a coop player versus AI, or are there zombie players?

There are no zombie players. It's co op if you want it to be, or you can kill other survivors. If you kill too many, you become a bandit, and bandits are basically killed on site by other survivors.
everything i write is a ramble and should not be taken seriously.... seriously. ♥

Friends and I used to have great fun playing co-op matches in the original Operation: Flashpoint, and ArmA 1 & 2.
Almost as much fun playing coop Left4Dead.

This looks amazing to me. I kinda always wanted a co-op s.t.a.l.k.e.r and this seems to fill a lot of that gap. There's just a lot of things that could be done horribly and annoyingly wrong in this, have to look into it some more.

They are, and they will chase you to no end so if you get detected by them you're p much fucked unless you can get inside a building and funnel them through the doorway 1 by 1 and headshot them. Also, they sprint after you, some of them crawl/hop like apes but they'll sprint after you too. At night time it's the best fun to play, you also gotta pick up maps etc to know where you are unless you're familar with the map. 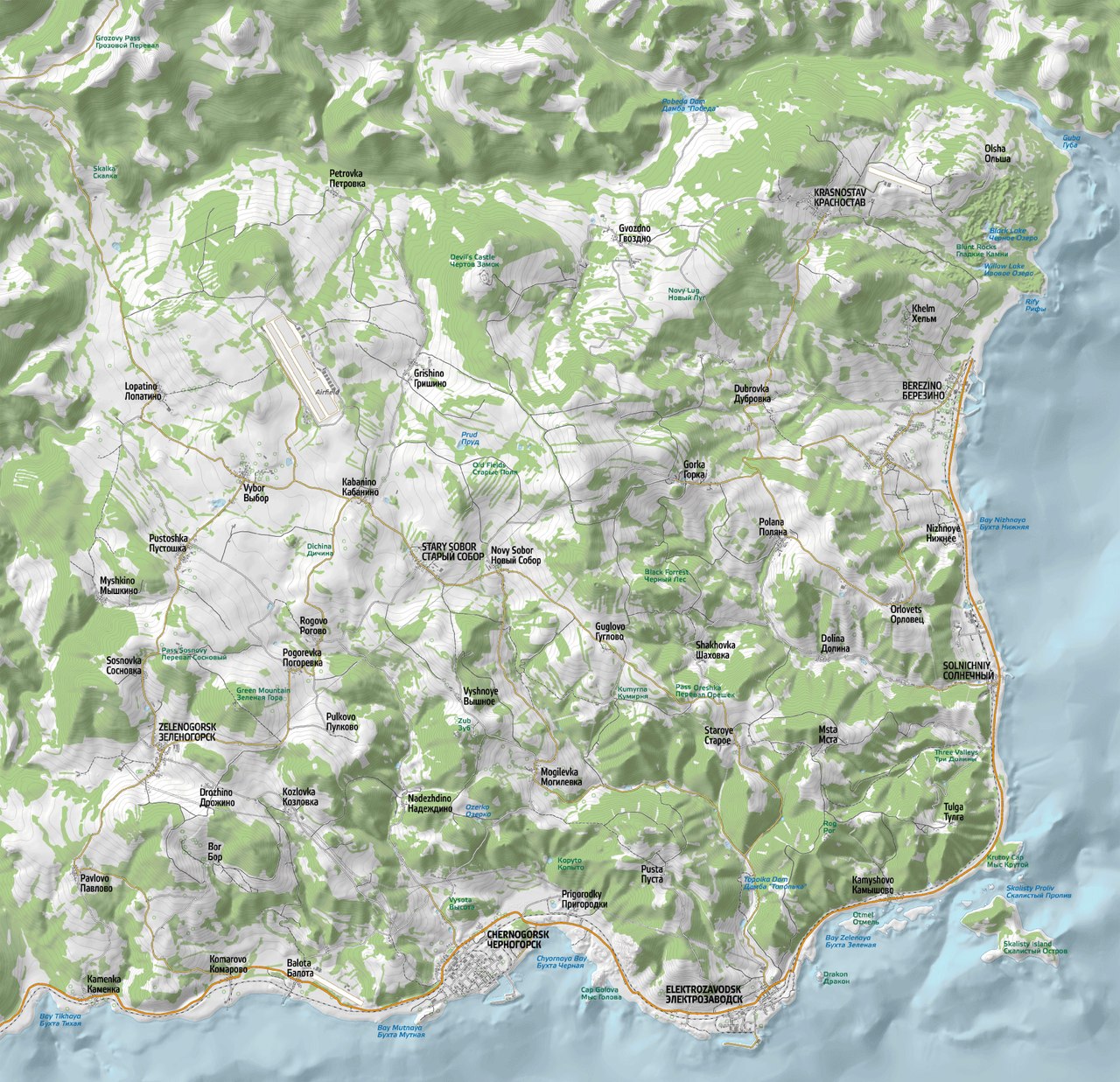 Places like Chernogorks and Electrosavosk tend to have the most players as they converge on the bigger towns. Around the top left you can see the Airfield places like that tend to have better weapons but tonnes of zombies an other players(bandits) after the wares. My friend brgaged about this mod to me for weeks till I gave in and well glad I did. Just never fucking trust anyone!! some wanker shot me in the face and took all my stuff and I had Ak 47's and everything on me -.-

yeah with default AI you can stand right behind an enemy and he won't notice you.

Is Steam necessary to co-op well?  I got two copies of the set from Amazon for $15 each.

Hopefully they fix the respawn location situation.  Kinda hard for casual players to keep with an active group.  Haven't read up on latest development, but hopefully partying and spawing with the party will be an option.

I dont know if I have combined operations

So you can play this with just ARMA II?

I don't need the expansion (Which I think I have, but I'm not sure)?

oh my GOD this game look so SICK.

Do you need both original and expansion to play?

Watching this dudes vids on youtube, pretty intense. They had two groups at the beginning and they found out that the second group is just murdering people for their weapons XD.

Currently installing operation arrow head then i'll be going along and installing the mod.

Anyone else going to play or playing?

I saw this come up on the front page of Reddit once, there's a decent sized community around it

There's a shit load of servers right now with 20-50 people in them.

this game is frustrating. Got all kinds of good shit, watch, compass, binoculars, 12 gauge shotgun with 75 rounds of ammo... 8 bandages, flashlight, just to get sniped while im trying to go light my fire to warm up... then i come back with a broken leg and no way to cure it... fuuuu

i'm a bandit, you can hate me