Would people 40 years from now who haven't even been born yet really want to play their grandad's copy of Frontline Fuel of Fail? 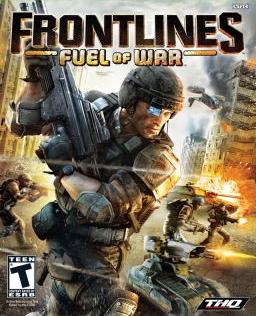 Probably not. A library is probably going to be more relevant passed to a person's contemporaries, or at least kids. Some games do achieve timelessness, though. I'm not super intimately knowledgeable of boomer music trivia, but I know what Queen is.

I'd like to add that receiving a digital collection would be way more convenient than having to find a place to put someone's 1000s of CDs.

I think that as the world's politicians start to age out, addressing Digital Inheritance may start to become more of a legislative priority.  Probably at some point in the next 10-20 years I would guess, although I would also expect corporate influence to totally fuck us all on the issue as much as possible in the US, that doesn't seem likely to change at any point in the foreseeable future.

I don't think anyone cares tbh

If you force companies to create systems that allow people to transfer their collection to their next of kin, don't be surprised when services that are now free start to become subscription based.

I don't think anyone cares tbh

It bothers me a bit, but I'm not a politician.

I think jnumbers probably has a point, anyway. Perhaps someday the US can begin the long journey of catching up to Europe.

If you force companies to create systems that allow people to transfer their collection to their next of kin, don't be surprised when services that are now free start to become subscription based.

Whatever, as if they won't anyway. Xbox, Playstation, and Nintendo are all subscription now, right? I don't think Steam has plans for its own, but would probably work with existing ones. Gaming news is riddled with speculation about ways hard copies and digital licensing will die and cede the way to game streaming, all but rubbing its hands in eager anticipation, the traitors.

Stream skeptic here, anyway. My only experiences with analogous tech has been less than smooth. Youtube videos for example, gotta manually adjust the resolution sometimes when it tries to auto into 360p. Can't say I'm particularly looking forward to buffering GTA6 for 10 minutes during a mission. Just shut that down and go finish a book.

Been unenthusiastically watching some CoH3. It doesn't look like much of an upgrade over the previous two. Probably wait for a sale.

It's got a free alpha. Seemed fine. Will wait to see what release brings

It didn't look terrible. Just unambitious, if that makes sense. Units still seem to have a that floaty quality in their movement, and infantry still looks very disengaged with the world. I had hoped they would build a bit more on them reacting to things and seeking cover, but it looks like you still have to micro that. Even so, the firefights between two infantry squads standing in the open like, someone hit something. The blobbing also makes it feel quite dated. Maybe that means I'm asking for a different game, but bleh at least give me something that isn't a copy/paste.

Did they at least fix the stupidness where an entire tank column can get stuck on a bridge behind an abandoned machine gun? Pathing in this style of Relic RTS has been awful since Dawn of War. With all the computing power at our disposal, you'd think this would be addressed in like 30 years of this genre, even as flaccid as it's been. What even changed between Essence 5.0 and 4.0, 3.0?

Only so much you can do with war torn Europe, but the game also looks the exact same as the previous, outside of Africa. In three games: where's our Pacific? Only modders ever get to that.

Very samey, anyway and not seeing much to bring me back after enough hours into the previous two. Maybe I'm being unfair to the devs, but I already feel quite critical of and pessimistic about what I've seen. What have we waited all this time for, really? Maybe I'd have to play it for things to click.

I've been playing the crap out of Baldur's Gate: Dark Alliance on my PS4 Pro lately.  Lots of nostalgia around that game, I'm glad they brought it back even if it's not the most amazing remaster.  Just wish I had somebody to play couch co-op with.

Fallout 76 worth playing single player? Would it be worth it to buy it on discount but drop a $20 into whatever micro thing they have? I have an inch for Fallout 4 but my last save if FUBAR and I don't want to grind.

Fallout 76 worth playing single player? Would it be worth it to buy it on discount but drop a $20 into whatever micro thing they have? I have an inch for Fallout 4 but my last save if FUBAR and I don't want to grind.

I'm having fun with it, mainly doing coop. Single player depends on what you want. Story is meh. Main issue is probably the mmo like levelling and cards for keeping damage up

I just bought CODMW (the original MW from 2007) on steam. Look for a good ol fashion trip down memory lane. Obviously the multiplayer won't be there but the campaign will be good for a few hours of excitement