The "judge not" stuff may be one of the most befuddlingly abused biblical quips ever. It makes zero sense that the intent was to bar judgment from society. Isn't it supposed to mean only judge others by the same standard you would wish to be judged? And with humility? Book of Matthew wasn't big on hypocrites, I guess.

Out of necessity, a teacher like that should be judged.

public servants and people in roles taking care of children should be held to good ethical standards. i wouldn't want a pedophile teaching children and i don't want racists either. especially racists that tell young people that they are inferior because of their skin colour.

if i aired my kooky pseudo-scientific ideas about race in the office, i'd reasonably expect some consequences from HR. i don't know why this guy decided to blow up his own job prospects by spouting claptrap to students who were openly recording him. i think you really must have a screw loose if you're prepared to lose your livelihood over some crank racialist theory.

At the very least it could be categorized as psychological or emotional abuse. Any second chances should come with severe caveats.

There are jobs he could get still where he could safely (sometimes drunkenly) commiserate with other old white men about how society hates old white men. "It's us vs. them, brother!" Or maybe he'll just go straight back into teaching with the lightest slap on the wrist. The Washington coach who directed a christofascist mob to bowl into a bunch of teenage band members and cheerleaders or whatever got his job returned to him with legal backing. https://www.foxnews.com/us/washington-h … court-docs

i think you really must have a screw loose if you're prepared to lose your livelihood over some crank racialist theory.

I have a long and crazy education story from today.

The 26 year old at work is still being crazy. I don't think about her anymore. She was at a meeting I attended today though so I guess I can give an update/drama story.

The meeting was with our director. After we were dismissed, a bunch of people stood around afterward to get a moment with the director. She and her work best friend, a tiny dude that looks like Jeffrey Dahmer, stood around too. They were ahead of one other guy and me to talk to the boss. When she got to the boss, he said "maybe we should sit-down for this." And they all sat down.

I listened to bit and pieces of it from across the room while I waited my turn. Something about one of her kids being creepy, and looking up dangerous stuff in class and yadda. The boss, who I very highly respect, mentions the word "radicalized." Something like "he is clearly radicalized" (???) At least I hope this was a kid she was talking about. Anyway, she mentions how she "doesn't feel safe" and had to have Jeffrey Dahmer walk her to the meeting. She also mentioned she wrote an email to the local head of the union I am close with. And she must have emailed the boss she was talking to also if he knew what she wanted to talk about.¹

Anyway, she started crying. At that point, the other guy and me put on our coats and left together.

School started September 6th. It is Nov. 17th. In the 3ish months we have been in school she needed to go to the director twice, once to get her classroom moved down the hall because she made another teacher cry and now this. This is just the stuff that I know about. Who knows what else is going on. I don't get how you can create that much interpersonal drama. Over the summer she also made a report about something a kid said and it was a big deal.² It feels slightly like I dodge a bullet.

She roped the guy teacher friend into sitting with the boss to provide emotional support and witness to her probably totally unnecessary drama. If I had managed to steal her away from her man, I would be the one sitting with the boss going over that bullshit when I instead wanted to talk about a curriculum writing project today. 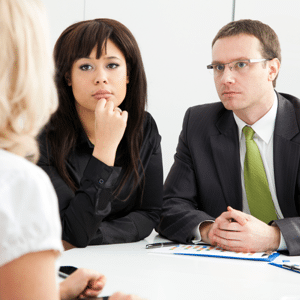 "He was listening to very scary music. Macbeth heard it too and said it was definitely Arabic." 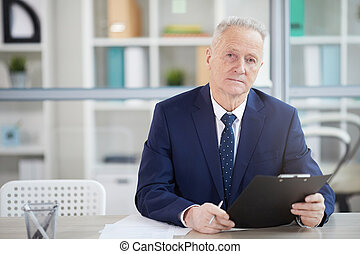 This girl does the exact opposite of my work MO of being everyone's friend and creating no paperwork. It wouldn't be professionally smart to fight this girl's endless battles. I have worked very hard to build up good will capital. It would be a waste to spend it on her. I am staying away from her as much as I can. I don't need her "feeling unsafe" or whatever with me and sending emails. 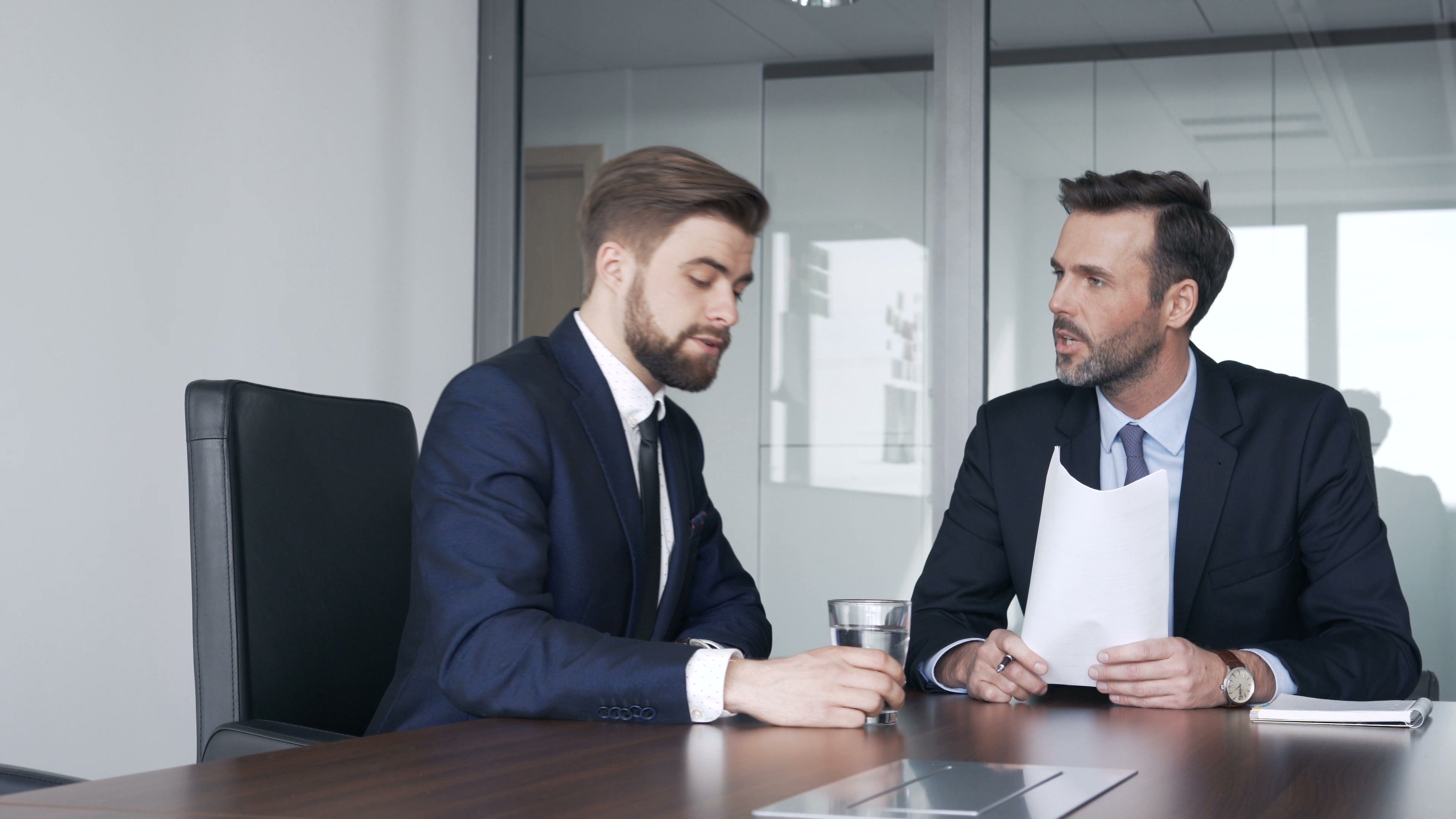 "Macbeth, I was looking through my old emails and found an email from a teacher made in 2025. She said you dicked her down during summer school 2023 and then turned the other teachers against her when she wouldn't let you dick her down again. Please remind me how that all went."

¹ Unnecessary paper trail. The SOP is to email a guidance instead of going to the directors. You aren't supposed to email the union head either. You are supposed to go to your local union rep before escalating things to head of the union unless you are close with the union and literally leadership like me. She is opposite of close with the union head. (She disagreed with him at a meeting about a statewide initiative. Then she never went to any union events afterward. But she still emailed the union head for help.) She could have emailed her vice principal but she might have a bad relationship with him since literally last week he needed to talk to her about sharing her room after school because there was no more space in detention. She got angry when the detention people tried to put kids in her room and eventually the VP needed to go talk to her and explain that the kids are going into the damn room. The VP's secretary, the gatekeepers to the VPs, probably doesn't like her either since the secretary is best friends with the other secretary she didn't have a good relationship with either. The two secretaries literally drive in together. A really bad show.

² Don't engage the teens in conversation or take an interest in their lives if you are the type of person who feels the need to report stuff.

Your thoughts, insights, and musings on this matter intrigue me

you spend way too much time writing about this girl. she is a very typical unbalanced person who consumes way too much energy and spreads her problems around to everyone else. it’s extremely typical. the story here is that you let yourself become obsessed with her for a while, when she so clearly was not going to do you any good. she needs to get out of her pattern, living situation, etc, and fast, before this addiction to melodrama seriously affects her professional and interpersonal life.

some people come to a point where they can’t exist unless there’s some staged drama or emergency going on somewhere or other. like a compulsion to light and put out fires. some essential boredom with work/personal life just being … fine.

I'm just reading a validation of all my cautionary advice against "work spouse, but-not-at-all-platonic." Maybe there are some happy stories about people getting hitched that way or whatever, but who the heck normally wants to balance their work life and dating/intimacy all in the same package. It sounds like a nightmare.

Yeah, I realized she wasn't worth the time or thought after getting into my other nonsense. She does seem like she would be a stressful partner to be with.

I really hope she doesn't do summer school. I already put it out there that I will be doing summer school and most likely I will be her supervisor too. I announced it specifically so she could NOT sign up. It will be really stressful for both of us I think. It will be very obvious, to her and the other teachers, when I don't shower her with attention and instead treat her like a subordinate. And if she tries to reinitiate the weird emotional affair thing we had last year, eventually I will ask her to explain why she went no contact after we got high together. I am not going to reinitiate anything with her unless she explains why she ghosted me. If she goes that route I will tell her how I feel (with redactions) and then what? I don't have the energy to redo last year with her either.

And the most messed up part of it, I expect her to actually take the summer school job. I would be very surprised if she doesn't.

I told you she was immature. Bathe me in karma!

Speaking of immaturity...the No Nut November and the Don't Shave November things are strange. The not shaving thing is not that strange. I see the appeal. But withholding sexual pleasure for an entire month for an internet meme...yikes.

Who the heck centers their sex life around internet memes.

Very fitting concept though, innit. Incels on reddit get a whole month of challenge they can complete with no change of effort on their part.

it’s a stupid cult-like behaviour engaged in by the same groups of lost young men who spout a bunch of other pseudo-scientific crap about alphas/betas and chads/staceys, etc.

i see little point in forestalling pleasure for a month if you’re just going to fill your head with toxic social attitudes and rampant misogyny instead.