What's kills me is when a character is an alien or otherwise nonhuman and people still dwell on racebending. The orange chick from Teen Titans. Goku in the live action Dragon Ball. Who cares.

i looked it up and it actually made me laugh out loud.

the main character is called ‘leon kennedy’. guy has the haircut and fashion sense of a 19 year old japanese male who works at a host bar in shinjuku.

the character model is a hue change and an epicanthic fold away from being full japaneezy.

because this is exactly how american cops dressed and styled themselves in 1998.

totally an authentic ‘kennedy’. where’s the ginger hair and freckles?

Goku in the live action Dragon Ball. Who cares.

this film had way bigger problems than casting.

From what I understand, DBE was up to its ears in problems. I just remember that being one of the ones frequently whined about … when Goku is 0% human (even I know that).

Imagine if the live action film was as pervy as the original series on top of that. CoUlD NeVeR mAkE iT these days!

Are they playing the same characters as in the old Scream, or are they different ones? Hand-me-down roles can be a little patronizing sometimes, like "what, we couldn't have something new?" There are exceptions of course. I don't mind seeing black people do Shakespeare. Also lots of genderbending on stage back then anyway.

I don't know what expectations you have for horror remakes and long chains of sequels. A lot of that stuff is always going to be pretty camp.

They didn't even dress the character right. 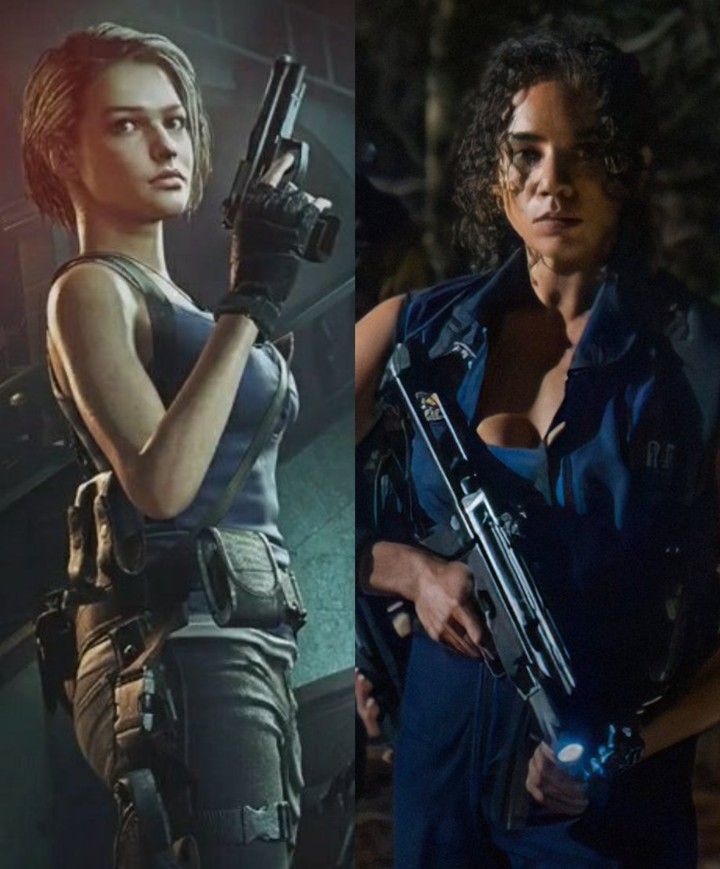 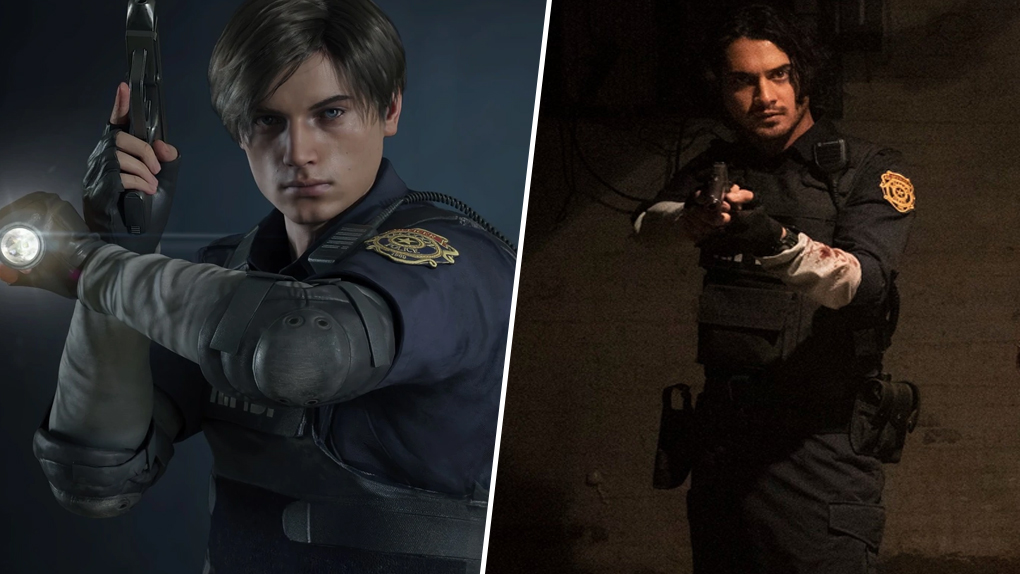 haven't all the resident evil movies been really schlocky?

The first one was great. A classic. The 2nd was okay but you could see the it start to go off the rails. Don't bother with anything after that.

The Jill from the Resident Evil 2 got it mostly right. 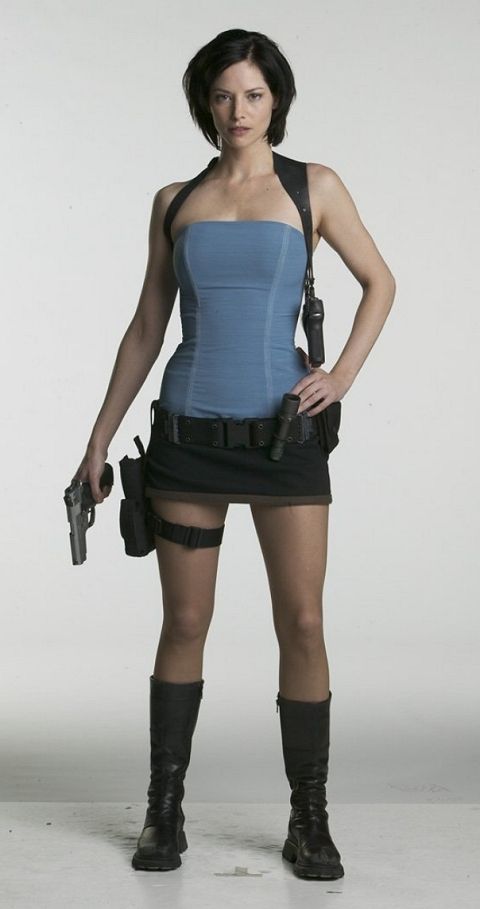 again, they are basically asian but with the eyes switched. or at least a very very japanese take on a 'white' person.

Video game and comic book wardrobe don't always look good outside of CGI or drawing. We should never expect a 1:1 representation, or "no deal." Which isn't to say that wardrobe used in some of these movies isn't just phoning it in, in the usual B-hamfist fashion.

I think video game movies are even worse off than comic book ones. Even with a big budget, in many cases they don't seem to be made with much understanding or respect from the people at top. Some of the actors on these too haven't been secretive about their outright disdain for or simple nonengagement with the product.

In a lot of ways, video games are still seen kids' stuff and haven't seen something like the apotheosis of comic books into AdUlT gRaPhIc NoVeLs. If a GTA movie were to be made, I wouldn't be surprised to see a PG-13 rating out of a very lukewarm plot.

again, they are basically asian but with the eyes switched. or at least a very very japanese take on a 'white' person.

Why are you trying to yellow wash these iconic American characters?

it's payback for the matrix/ghost in the shell.

I've been on a big JK Simmons kick recently. I really gotta give this a rewatch

you have to give that a rewatch for malkovich.

It was just a smidgeon dated, having been made in 1959. Credits at the start of a film? Who does that?

As far as I could see it was about a world-hating introverted STEM-genius whose plans for global progress were thwarted by a dimwitted and hyper-social bore and a frenchman. From that point of view I enjoyed it.
I may read the book again and see if I can tease out some other gems.
Русский военный корабль, иди на хуй!

I guess the problem with having recommends turned off on my primary browser's youtube is I get a very static list of front page videos. It's been forever now since I've been seeing "Why are there holes in the James Webb Space Telescope?" at the end of each video.

re: 20k leagues movie, if I'm to be bluntly honest it was the adaptation equivalent of of hacking a man apart and sewing him back together in the wrong order, in Disney fashion. The Harry Potter movies were probably more faithful to the source material, and those were still a snowballing bundle of problems.

Wasn't Tom Hanks in a movie about how hard it was to get Mary Poppins signed off on?

I don't mind the old school, simplified (it's not as if they roll through the list of movie babies, movie pets, and the entire staffs of supporting businesses for 20 minutes) credits at the start of a film. Or intermissions. Especially at a watch party, gives people a chance to get snacks and settle in. "Movie's about to start, get in here!" A stamp of the era. Fast forward to Lord of the Rings, and your intermission is basically when it asks for disc 2.

e: Standing awkwardly at the back of the theater waiting for the inevitable end-credits scene while staff huff impatiently (please come in and do your thing, don't mind me). Spare me that.

neat idea to use two complete unknowns for the main parts, in the vein of italian neo-realism. i can see what the dir. was trying to do in faithfully recreating the 'small guy' everyman aspect of the 1970s. both surprisingly good performances, and i say that as someone who hates Haim (literally the entire band and their family appear in this movie in quite substantial roles). slightly undercut and mystified, though, by PTA's decision to rope in half of his hollywood pals for cameos. it's just distracting having sean penn, tom waits, bradley cooper, etc, show up in the middle passage of the film in cartoonishly exaggerated character roles. i thought we were going for an authentic 1970s ~vibe~? the fuck?

I guess the problem with having recommends turned off on my primary browser's youtube is I get a very static list of front page videos. It's been forever now since I've been seeing "Why are there holes in the James Webb Space Telescope?" at the end of each video.

Why did you turn off the recommendations for YouTube?

Basing recommends on videos I've looked at isn't an accurate representation of the stuff I actually want to see. One video in the conservative rabbit hole you hate-watch, guess what's going to be on your sidebar. Monster Hunter video a friend sends you that you watch a bit of, even though you don't play it, sidebar is full of it and games like it. Obnoxious.

Instead, I have a few channels I've subscribed to that I check out every now and then, or I'll search manually for a topic. I'll put up with seeing the same old recommends, but it's still funny to see them several weeks in a row.

If you click the pictures on youtube's frontpage, you can tell it to stop suggesting certain videos and channels.

Yeah I tried sifting them that way but it's just endless. I don't watch enough youtube for it to be worth the time investment. In a year: a few documentaries, some Asian cooking, trailers, game content including Battlefield nostalgia, WoT nostalgia (also to reinforce my decision to stop playing some years back), one or two Arma or Mario Maker videos, 007 speedruns. Various music running in the background before youtube pauses it.

Youtube has a very different atmosphere now than when it was newer. People talk about The Algorithm, demonetization, and endless video takedowns (having 100% your own content taken down on someone else's claim, lol). I miss it when it was more of a hobby and not a bunch of channels all trying to tick the same boxes.

Completely out of patience with comments on the platform. Someone makes an argumentative reply to a post I made like 8 years ago there, I'm deleting out. Been gradually deleting my youtube comments. Did I erase a comment with 20 upvotes or 2000 upvotes? Who cares. They'd all be gone, but the delete all function doesn't work for some reason.

Some of the meta commentary can break the mood at times but I loved the fact that the characters were aware they were in a requel reboot/sequel. Only one really questionable decision to include hallucinations/ghost (???) Flashbacks for one character.

Overall I liked it a lot. Fans enjoyed it also. Sequel is planned.

If I can't be a victim in a teen slasher I will also accept mass shooting victim.

I watched Many Saints of Newark. It was not good.

The parts with Dickie were almost uniformly good though. Can you imagine making such a fun character but putting them in such a bad movie?