He gets to marry Simpson and your country becomes unaligned. You get a decision to join the axis and Italy doesn't get to join the Axis. Instead you get war goals against Italy. Also, all of your dominions go independent. You have to reconquer them.

I was trying to get the Imperial Federation achievement. I might actually give it a try again when I have a chance since I am fairly close. I just have to liberate Australia and New Zealand and I think that would be it.

So I went home and finished the campaign. I managed to do what I set out to do. I fully formed the Imperial Federation as Edward VIII and have Cores on the U.S. too. 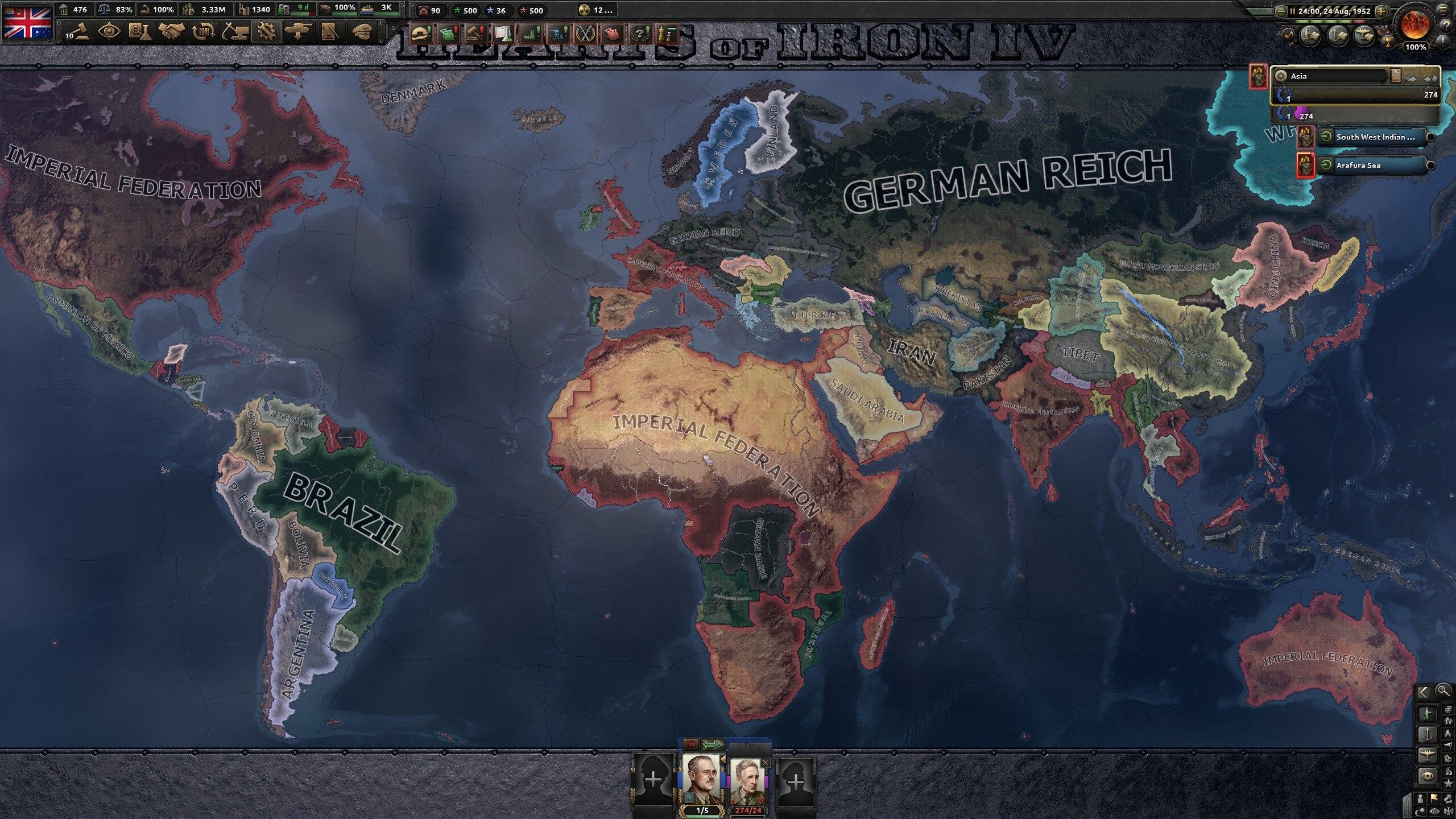 Got the achievement I wanted.

From where I was I continued to island hop around East Asia. After the Japanese Navy was obliterated, Germany was able to invade Eastern China while I worked my way up from India. In this screenshot you can see in the background the crazy amount of divisions invovled in the conquest of China and India. 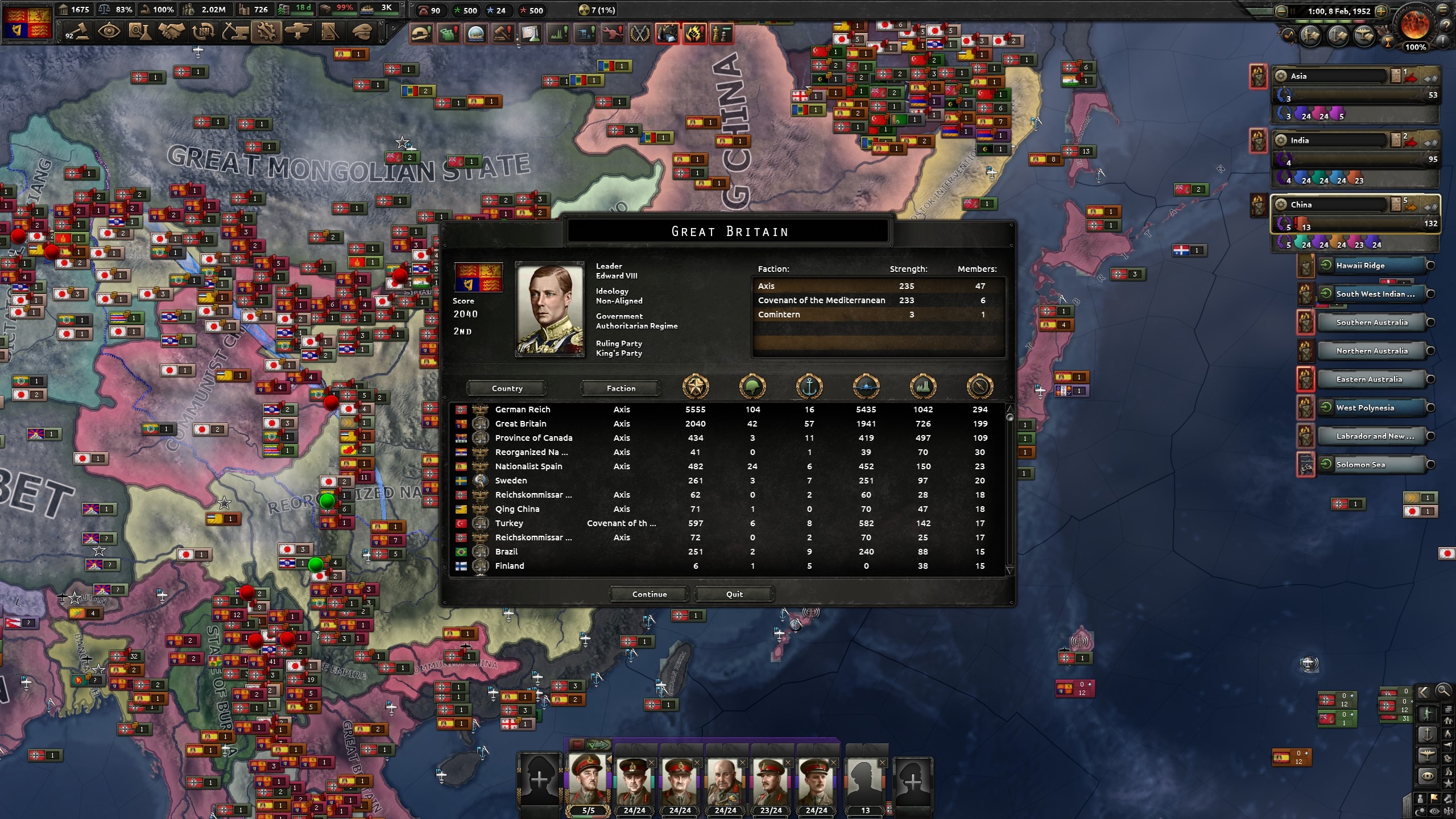 This is the casualty totals for the final leg of World War 2: The Conquest of Japan/China. 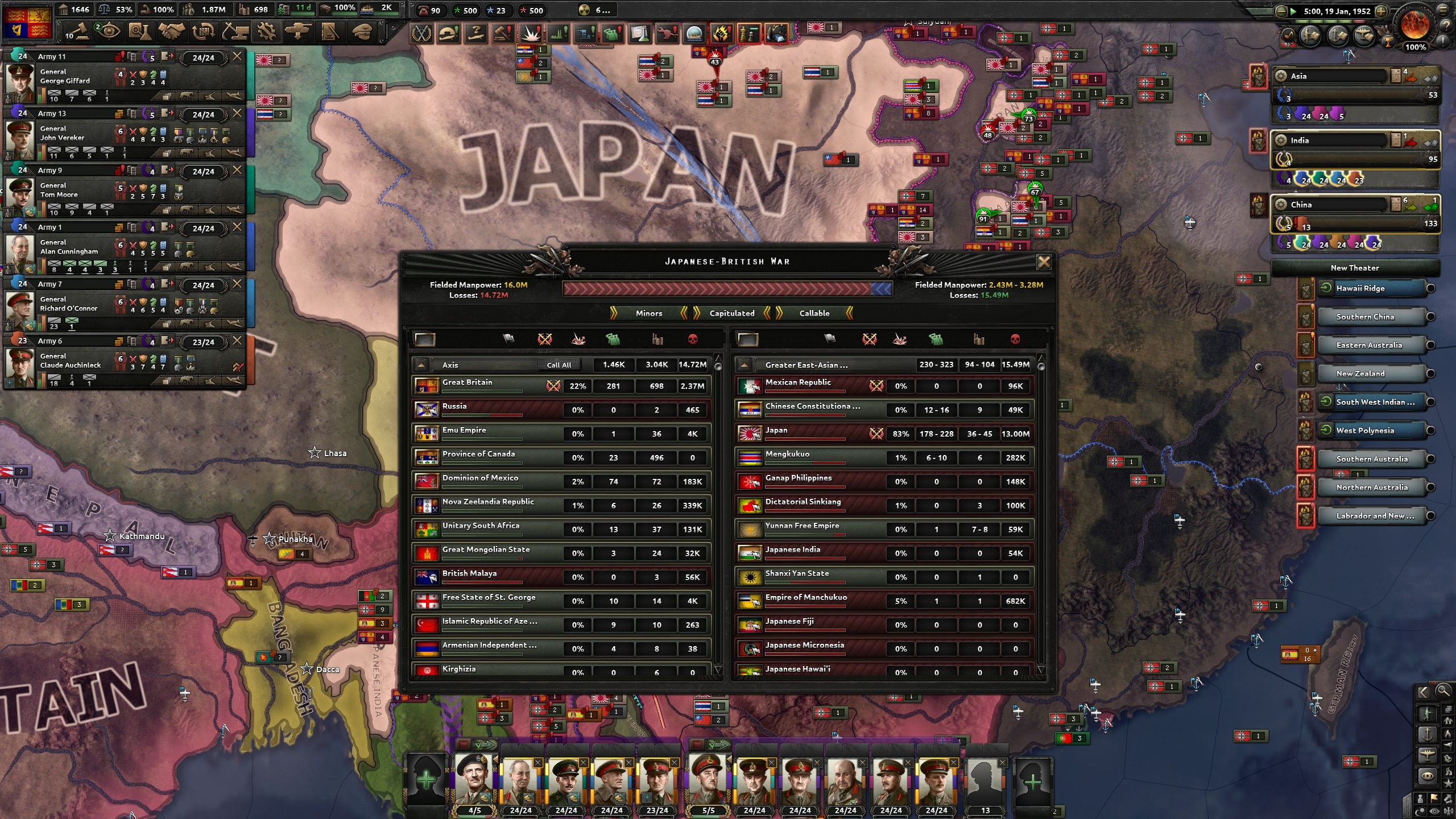 This is only military deaths. It also doesn't include the other conflicts that took place earlier including...the British Invasion of France and Italy. The British Reoccupation of India. The British Invasion of the U.S. and the Great American Rebellion. The German conquest of the Soviet Union. And finally, a successful 2nd Sino-Japanese War. Hundreds of millions of just military causalities.


To wrap things up, I uninstalled the damn game.

Now I have some work to do...create some LGBT lesson plans.

Next up, Ethiopia and the African Union.

So apparently, bf2042 is so broken and abandoned that even cheat makers are jumping ship.

I can only imagine that publishers will look at all this in their wisdom and once again conclude that people are uninterested in the future warfare themes. Stay tuned for another 15 years of games locked into current years at the latest and earliest if not WW2. There's no way lack of interest could be due to lack of features and lack of playability.

Where's that exploitable comic with the corporate guy getting tossed out the window for suggesting a reasonable solution to things.

All they have to do is reskin battlefield 2 and people will be happy.

"Guys, people gotta rest. We have things in motion but we have to figure out what is possible," McNamara said. "Let us get back from break and get back to work. Love you guys but these expectations are brutal. The things you want take time to scope, design, and execute."

Yes, stuff like that takes time. Time that could have been spent while the game was in development.

Didn't the Dark Souls devs literally apologize for a poorly designed boss that was more RNG than player skill?

The developers are fall guys for corporate rushing the release. I doubt the developers would say no to another year of work on the game before release.

It's everyone else who is toxic. Not the companies releasing unfinished fare.

Oh cars are like that now. I read about new cars needing subscriptions in order to run things like remote start.

Toyota went back on that but Tesla was doing or trying to do this stuff already.

I just wish Paradox would release a game that doesn't put me in mind of a sad, empty warehouse before 3 years of DLC are added in. I mean, skins for a major faction: dlc. FFS, that should be in base content.

I bought all of the HOI4 DLC late in development. I don't know what the base game is like. People on Reddit complain about the man the guns changes to naval warfare and I am here like "naval warfare is great"

Can be made much better with slot+ mods. It's cancerous having to choose between small systems on a damn superheavy battleship.

I think one of my other complaints in the game is the way it rates speeds I guess aren't always true to life. I don't know how accurately scaled the world is, but it's depressing having an advanced light tank go so slowly.

They need to tinker with the values for ship upgrades. Naval experience is hard to get even with the new advisor system. The U.S., British, and Japanese are really the only ones where naval is a big part of their game style. And those countries are usually so far ahead that you can't catch up as most other countries.

Defeating the Japanese Navy was a workout in my last playthrough. I enjoyed the island hopping, building amphibious tanks, building up island bases, and naval bombers etc.

Tanks and ships are upgradable now. Only a matter of time until we can tinker with planes, artillery, etc. It seems every game I am drowning in army experience by the end.

I hope that if they add that for planes and stuff that they overhaul what you can do across the board. Reliability penalty is kind of bad. Needs more points investable into reliability for each particular model (a mod does that). Or there should be a threshold for vehicle/aircraft/ship types that start to noticeably reduce reliability if you put too much into an aspect that isn't a model's forte, if that makes sense. I think a mod did that too.

For my own part, I have one of the games on PSP.

That's funny. I was coming here to complain about the Hitman games becoming confusing. I remember playing Hitman 2 in 2002 but apparently they rebooted the whole thing and are on their 8th franchise installment, Hitman 3. I was confused by an article complaining about Hitman 3 on steam.

I want to give a special shout-out to Final Fantasy for keeping the Roman numerals going.

I never finished 13 or 15. I did finish 8, 10, and 10-2. Tried 9. Didn't care for it. The animation style was probably a mistake. Especially after the realistic looking models of FF8 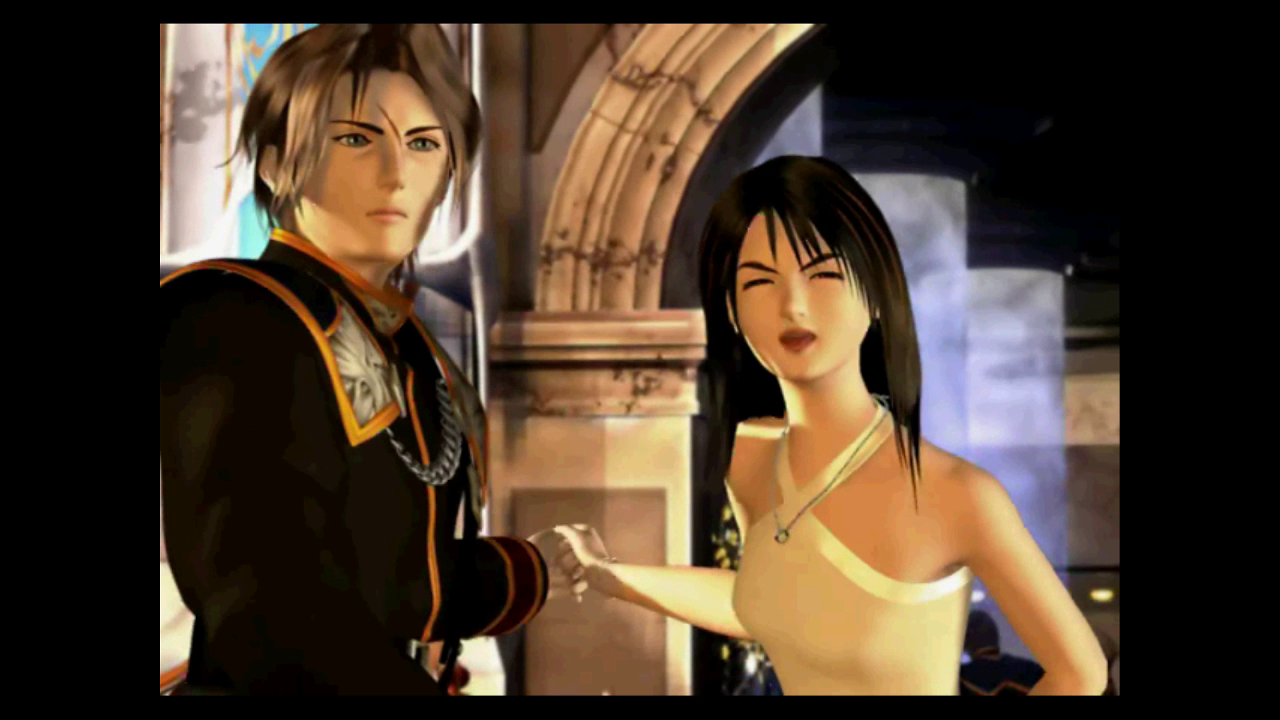 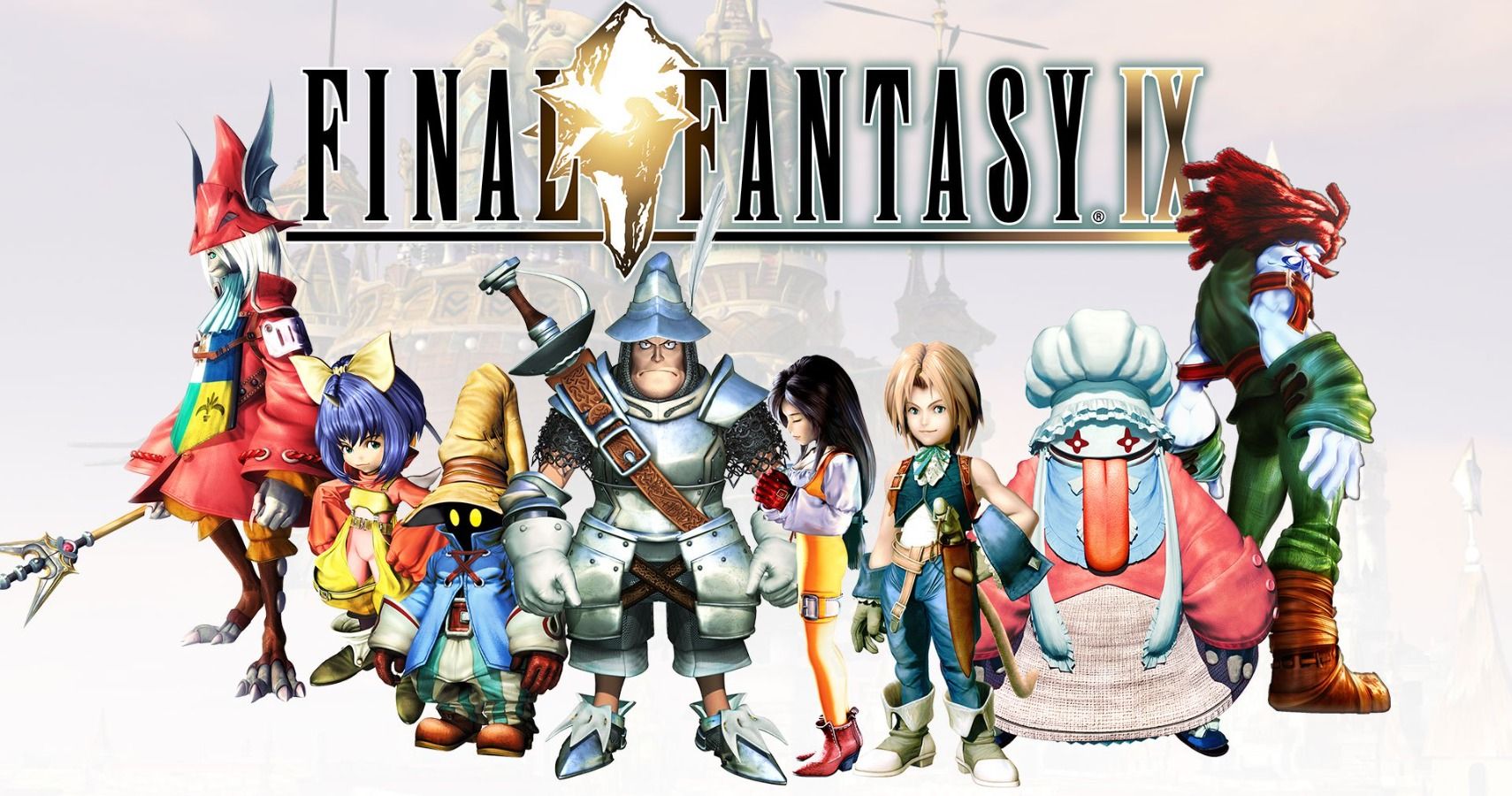 i liked VII and VIII. after that, i barely played consoles enough and i guess was out of the 'key demographic'.

By the time X came out there was already a lot of people who tired of JRPGs and the lack of significant story choices. "JRPGs aren't real roleplaying. Elder Scrolls..." This dovetailed with Lord of the Rings etc. At least among the people I knew at the time.

I couldn't care any less about this group of characters. 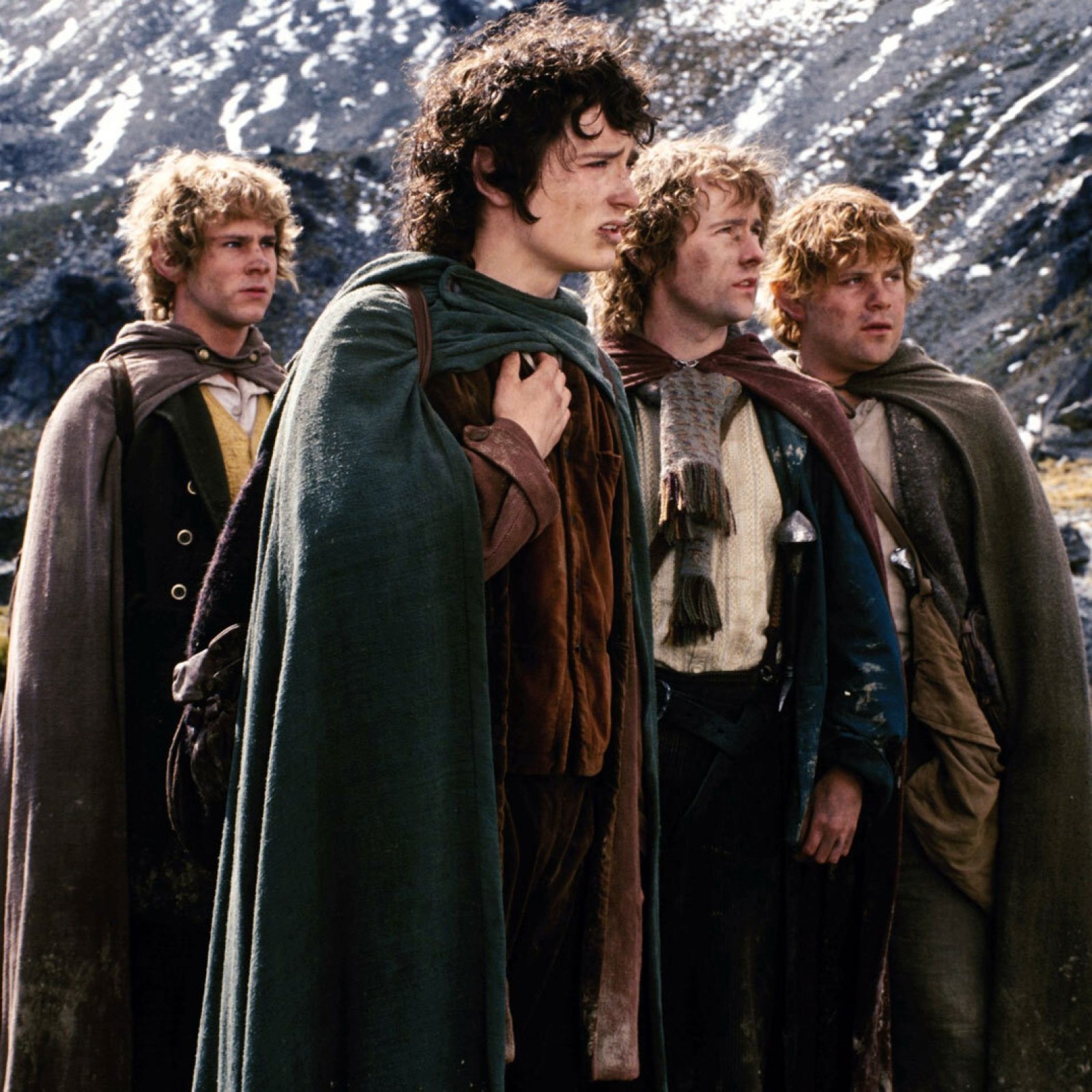 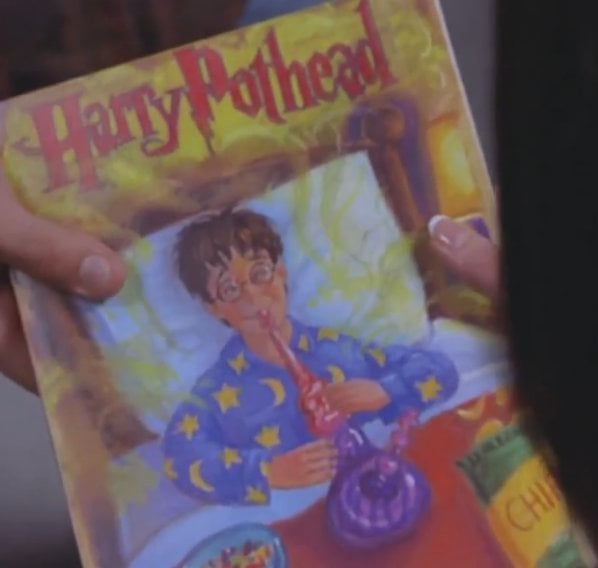 Did replayed finish my replay of Nier Automata over the weekend though. Next is AC Origins. And finally, continue RDR2

Regarding JRPGs...the fact that the game has a definitive canon end probably makes it easier to polish the whole thing. But Bethesda could be uniquely awful too.

I don't care for "make your own story" stuff. I would much rather have a solid story from beginning to end.

I think it can be done right. Choice of Robots was cute. Telltale had some decent titles that still kept focus. No pressure to complete side content before the main content closes those paths off either, good stuff.