korea has about 50 million people and their universities were mostly all started by christian missionaries about 100 years ago.

they have 3–5 'colonial'-style western research universities that clean up domestically and do decently internationally.

they have a few cutting-edge research institutions, like KAIST, which is top-tier for science.

but (a) you can't just 'invent' a top-tier elite university out of thin air; that shit takes decades, if not centuries, and (b) building tonnes of universities will just dilute the exclusive appeal of 'elite' education. same as it ever was.

As an American, I don't think our higher education system is something anyone would want to replicate but...we have 4,000 universities. Everyone doesn't need an elite education.

I just looked it up and it seems South Korea is already far beyond the U.S. in terms of educational attainment. You could even argue too educated if you see schools as professional development centers instead of higher learning.

Do the South Koreans commit a lot of violent crime?

koreans are ridiculously over-educated. most young people have degrees. and yet most of them end up running instagram fashion brands or chicken shop franchises. the 'prestigious' corporate chaebol jobs are gold dust, especially considering they're some of the only jobs left in the world that promise long-term prospects, an established career ladder, generous pension, etc, etc. you don't need me to rehearse the long list of millennial woes on this front.

korea has very low crime. probably as much to do with culture as any education stats. group/community come before the individual in east asian cultures. crime has a huge stigma and social burden, not just for the offender but also their entire family and associates.

at the same time, the police and justice system are basically de facto corrupt and as leaky as a kitchen sieve. it's the same in japan. they have a 99.9% conviction rate in their court system there. that doesn't scream to me 'healthy, balanced and working system'. most east asian countries still operate on a feudal, pre-modern family/kinship system here. if you get in trouble and you're the 'right' sort of person, you can easily extricate yourself. the only people who ever end up in court are foredoomed already. they're rubes and bums. it's not exactly perfect.

I'm not sure what a listening test is. Is my takeaway supposed to be that they've grounded a bunch of planes so there's no noise while these kids are doing that part?

they literally grounded 99% of planes in the entire country so that 18 year olds could hear a tape being played in an examination hall, yes.

I found some old Pokemon cards in the back of my closet when cleaning. Bunch of holographic ones. Not sure what to do now. I looked up the process of getting the professionally graded so I can throw them on ebay - yeah what the fuck.

i have a whole ring-binder of first-generation pokémon cards. i was right there on the very first wave when it came over from japan. must have been 11 or 12. i remember buying the nintendo gameboy industry magazines ahead of time which were hyping the cartridges before the EU/UK versions were even available. i was all in, baby! i definitely rinsed my parents (and grandparents) for pokémon cards once or twice a week too.

i can't bring myself to sell them, even though i read some stories at the start of the pandemic, like of first-gen holographic charizards selling for $13,000 or something. ah, whatever. that's my childhood, man!

From my brief research it all comes down to condition, no surprise. Shitty 1st gen rare cards can be $20, or $20,000. Getting them professionally rated is the first place to start but it can evidently take a year?! Fucking hell.

Did you bring enough for everyone? 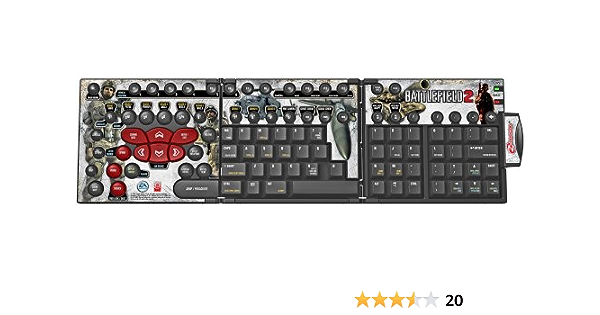 Whoah, zboards. Still a cool concept imo. Loved the ones for productivity apps, but I always change my keys around in games so not much use there.

I think I have the overlays for an old version of photoshop(?) and 3dsmax.

Hundred dollar idea, RGB keyboard but with programmable displays on the keys to box around control groups and color coordinate functions. I think the latter is already done, but the box-around notion might also make a nice gateway for people who don't really PC game much and don't have a trained understanding of where stuff generally is.

there were luxury design-tier mech keyboards with fully programmable LED keys like 15 years ago.

I'm more talking about but having four edges being able to be lit or off like cells in a spreadsheet would be pretty sharp looking for that sort of kitsch. With some thought, that could be done with LEDs, though maybe overengineered. In the style of: Don't know if this has been done, but don't remember seeing it. Would be different at least from backlighting (or exposed bases like the Basaltechs) or simply lit lettering. Could color code each boxed grouping by function in the game's profile.

I suppose you could do something like that with one of those LCD displays too, if you wanted an LCD keyboard. All this is secondary to me for my own use. Extra is fine, but I'm about as satisfied with a cheapo keyboard as with a satisfying mechanical. As long as I hit a letter and it appears on my screen. I'm not playing Quake deathmatches.

i want as few lights as possible. put all the cost into good materials and top-quality springs (including lifetime/reliability).

the optimal keyboard use is touch-typing and not even thinking twice about the interface.

take the 40-100 hrs necessary to learn how to touch type rather than blow $200 on a keyboard where you have to stare at your hands all the time.

Who the fuck looks at their keyboard?
Русский военный корабль, иди на хуй!

I learned a Gen Z coworker of mine doesn't quite know how to touch-type. He had a typing class, but you could see your hands the whole time and cheat. My school had cut the lids off of cardboard boxes and put those over the boards so you couldn't see them, which in retrospect I think was quite a clever solution.

I don't really know how to touch type, it hasn't slowed me down.
Русский военный корабль, иди на хуй!