That's wrong. We didn't actually lose. A loss with a 16 KDR is not a loss.

how many soviets died on the eastern front? how many soldiers and civilians got thrown into the stalingrad meatgrinder?

I think mac was being sarcastic there.

i'm sure he's familiar, from his extensive RPG campaigns, with the concept of the pyrrhic victory.

Taliban has an airforce now

most reports claim it's only 1 helicopter, clearly ex-afghan military personnel who have gone over.

the taliban don't have the logistics, supply or maintenance lines to keep an airforce. to say nothing of the expertise. they have a lot of half-broken new toys for now, which will all be rusting by next year.

apparently the crown prince of qatar has had to explain to their leadership in talks that they need more than a perimeter fence to operate a major civilian airport. they seemed to be under the impression that they could just assume control, keep out foreign powers, and the airlines would come. don't try to expain to a goat-farmer what a metal detector gate is.

Even if they could maintain their air fleet who even cares? Do people really think they are going to fly a C-130 across the Pacific to hit a building? 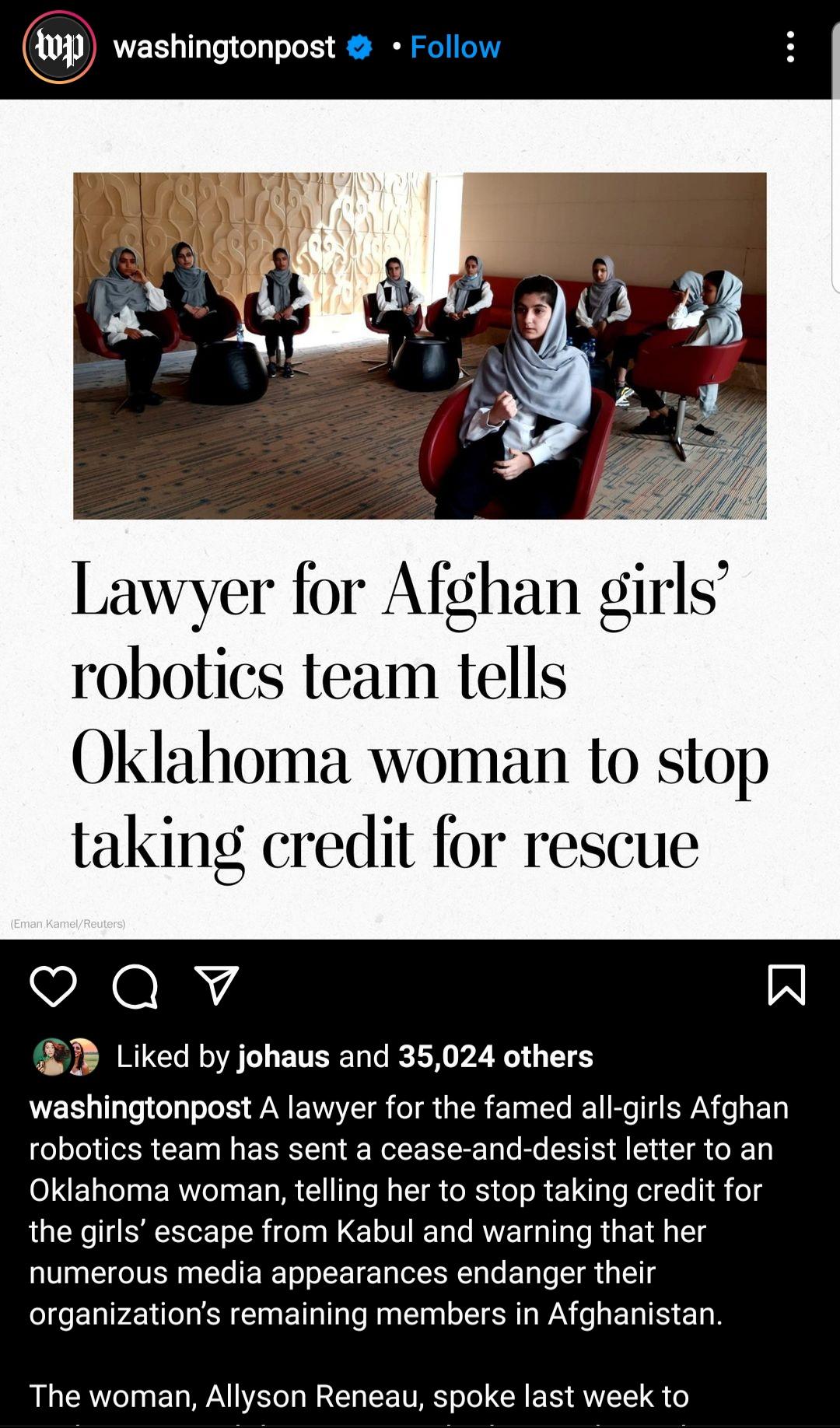 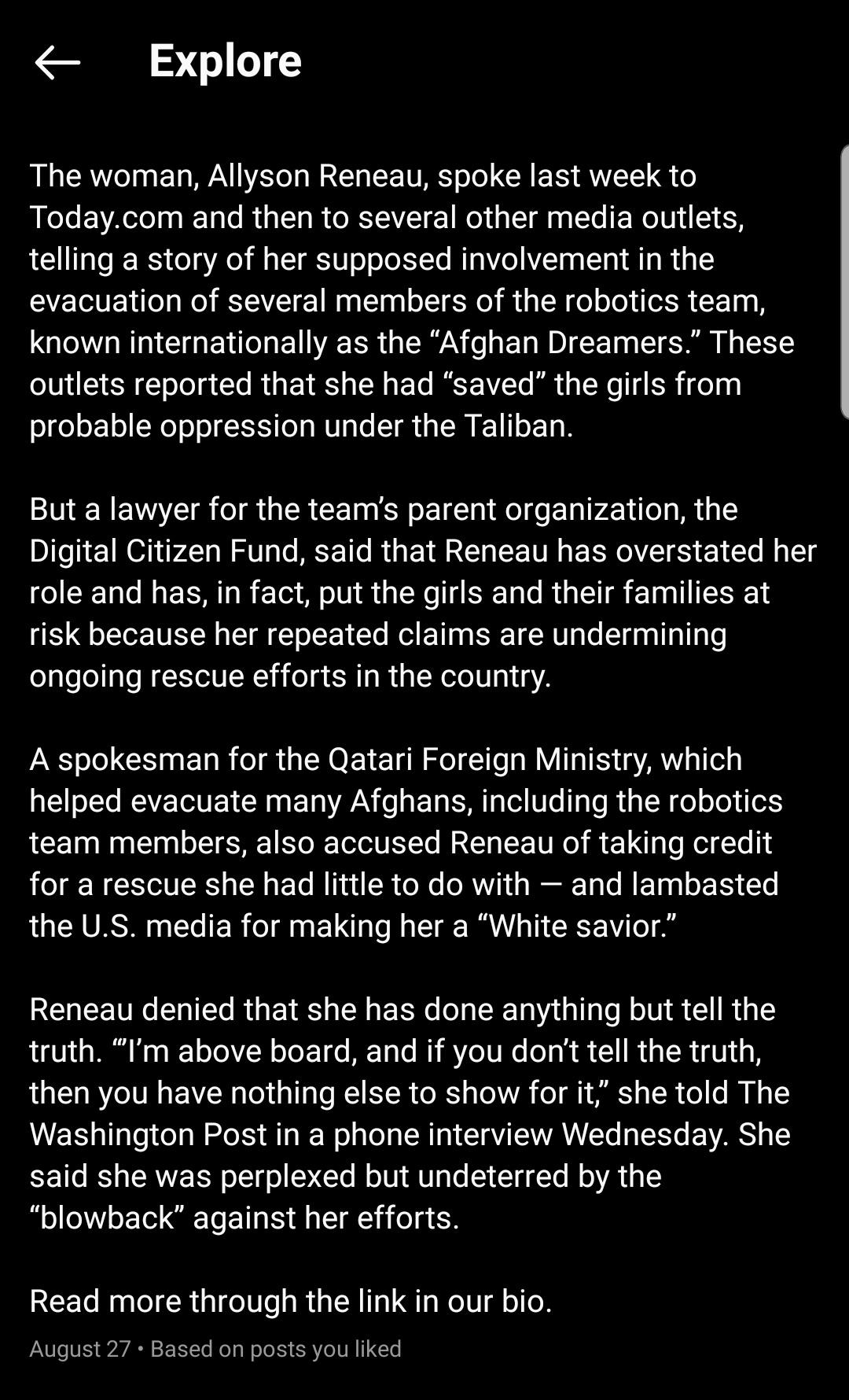 didn't a bunch of women fake being 9/11 survivors too? a weird circularity to it.

Lying for attention, long history. Some might even be at the point where they believe their own fabricated stories.

Teacher friends are complaining about school overcrowding. Not enough rooms. 3 or 4 teachers sharing a room throughout the day. Shuffling teachers between rooms year by year. The shuffling is problematic because no teacher wants to invest in making rooms nice if they are going to lose it next year. Where will you even store the maps, flags, and other bullshit if you lose your room?

Patterson school district can't reopen. City has 145,000 people. They are short 74 teachers. Couldn't fill the positions. Half of the positions are special education.

Why is this in this thread? We built schools in Iraq and Afghanistan that oftentimes got blown up by either us or AQ. Something like $7 trillion spent in 20 years for wars. Meanwhile we have no teachers or space for our kids.

And people still wanted us to stay in both countries fighting forever.

Do you have space on your lot for portable buildings? My geology class was in one of those. Maybe you could teach history in an army tent.

I am not a teacher. I sell used cars in Nevada.

Anyhow, schools in the south oftentimes buy shipping containers or trailers and put classes in there. Awful situation especially since kids are more aware they are in a bad situation than people think.

Shipping containers don't make good houses or offices or classrooms. That's not what they're made to be. A lot of modification has to be done to make them suitable for one of these things, and by the time you're through with it you might as well have gotten a portable building or an office trailer or something. This fad needs to die. Shipping containers make good shipping containers, or in a pinch storage for moving.

The portable building was fine, even if it rather sang out that the high school wasn't big enough.

I demand +1 for not being a pig man. Pig people assume everyone but them is dumb and weak. For all of my many faults, I have repeatedly argued that children are much smarter and tougher than right wing people think when they make fun of their purple hair and sexual practices.

A neo-nazi with a permanent swastika tattoo or a middle-aged conservative with a dunlop that pulls double-duty as a loin cloth is in no position to be making criticism of the appearance of anyone for their rainbow hair chalk or dye job.

Imagine voting for a Cheeto in a clown suit but the checkout girl with frosted tips gets you grumbling.

On that, I get that politicians have to on some level not dress too fancy to avoid angering the blue-collar working class (never mind the politician's net worth, people don't retain that information for longer than five seconds), but they should at least have clothes that fit even if they look cheap.

Trump is a billionaire who knows business but is also an every man who cares about the non-elites. I guess it is possible but if you are a pig person who looks down on BuRgEr FlIpPeRs, stop and think for a moment about how a guy 800 times richer than you feels about you.

If you really need to have a disorder of some type to watch Trump on T.V. making fun of people he personally knows and then thinking he is your buddy on your side.

Trump doesn't care about the non-elites any more than Stalin or Mao did.
#FreeBritney

The rich telling the poor to look down on the even more poor is an ooooold old meme.

Trump doesn't care about the non-elites any more than Stalin or Mao did.

both came from poor, militant backgrounds and actually did their 'service', though. they might have turned into insular cults-of-personality but the comparison is a very poor one. trump was born to a property magnate and never wanted for anything. he certainly had nothing to do with non-elites in his entire life. both mao and stalin actually originated in the lower class and lived very close to the ground.

They all still hated the poor.
#FreeBritney

i mean, mao fought in a revolutionary army and lived in grinding poverty for his early life. stalin was literally a bandit from the provinces.

if you're just arguing that 'absolute power corrupts absolutely' and disconnected them from their people, then OK. but i think both mao and stalin probably thought more about the plight of the poor than donald trump ever has done, at least in their young and idealistic days. 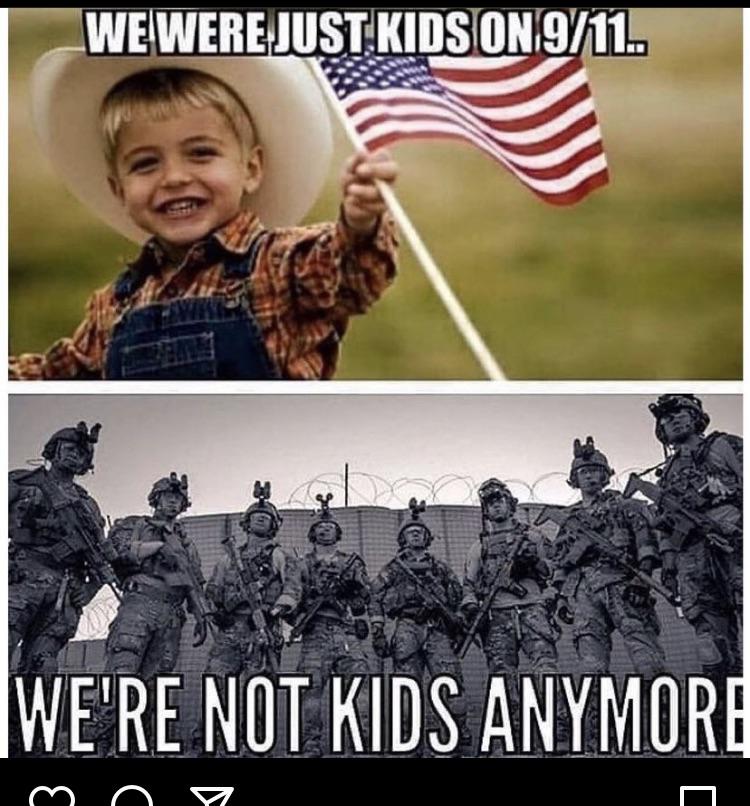 Let's be honest about it though and remember that it was a hell hole significantly of our own making. There's too much of that "well, they can rot then if that's what they want" mentality to go around.

Let's be honest about it though and remember that it was a hell hole significantly of our own making. There's too much of that "well, they can rot then if that's what they want" mentality to go around.

The Afghanistan landscape is actually quite beautiful. Hills and greenery. Probably what early Americans saw before we put factories, roads, and housing developments everywhere. Even the deserts of the Middle East have a certain serene charm.

I don't actually care how the Afghans live. I am okay with them having whatever system they have as long as it is over there. I genuinely wish the Taliban successfully manage the place. I would totally vacation there someday if the Taliban turn it into a tourist trap. I read a headline that they hired a Washington lobbying firm to help them get the last governments frozen assets. Obvious move if there is $10 billion on the line.

Biden has said he hopes to resettle about 95,000 Afghans across the U.S. over the next 12 months. In a 21-day period from August to September, Biden brought more than 48,000 Afghans to the U.S. for resettlement — a population more than four times that of Jackson, Wyoming.

Fear mongering article. What really perplexes me about this excerpt is that it assumes I know what Jackson Wyoming is. I guess that is the capital of Wyoming? I am pretty sure the county I live in has more people than Wyoming.