Got ambushed by a giant group of zombies while trying to infiltrate an abandoned FEMA camp. 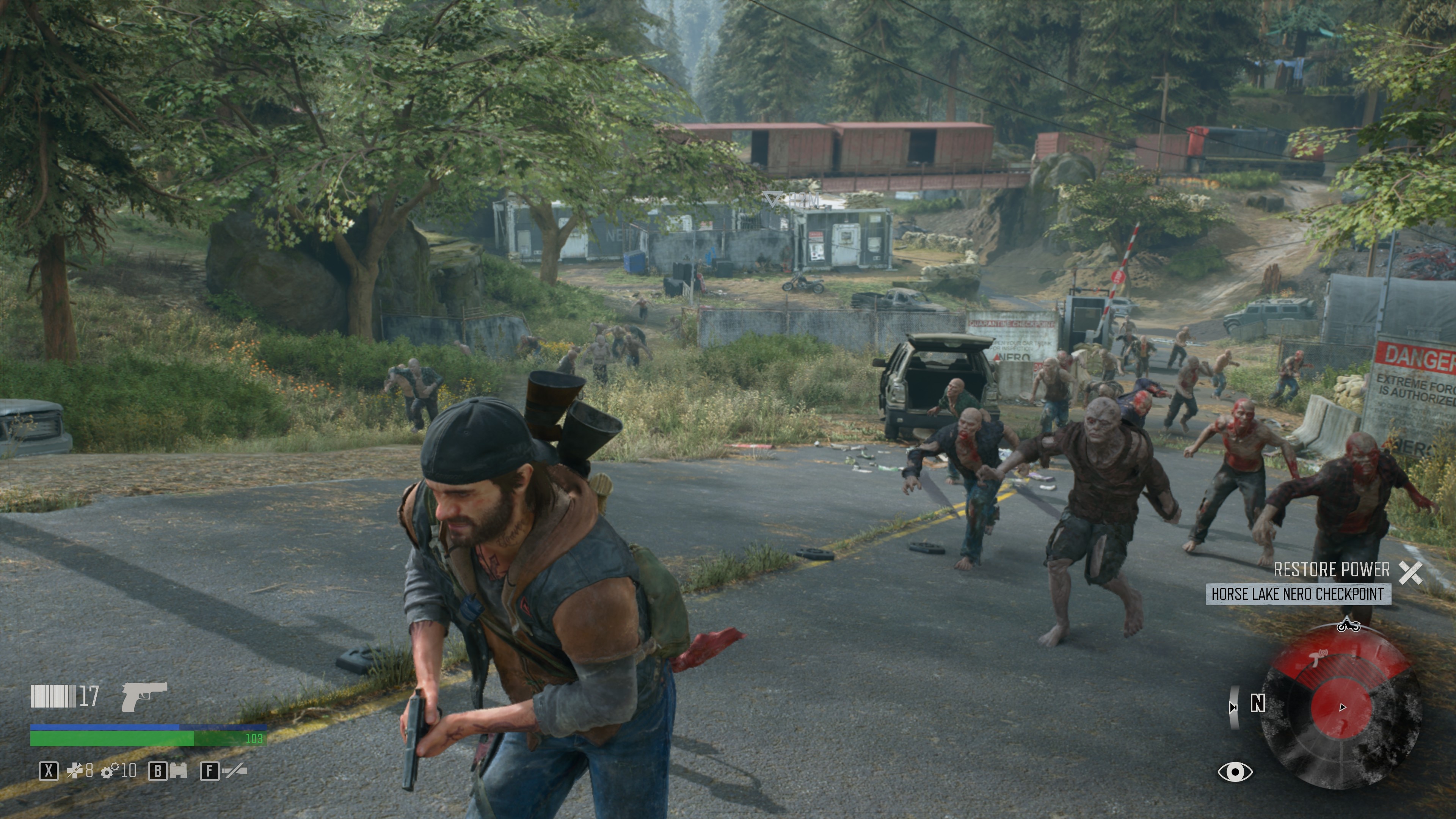 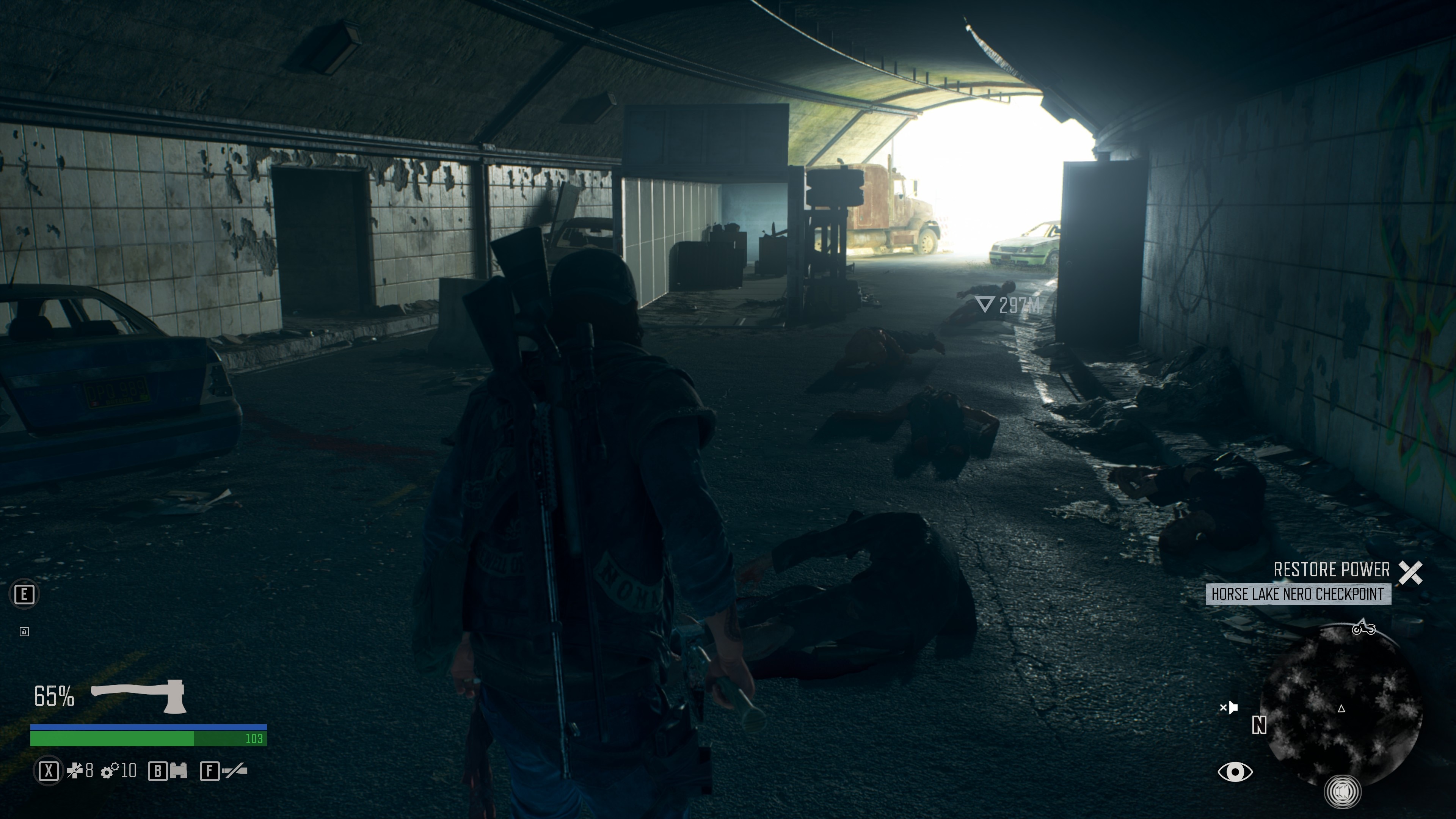 If you did that in Zomboid there would be like a thousand zombies pushing into both sides of that tunnel at the sound of your gunshots. Like, wake up the whole neighborhood, why don't you. 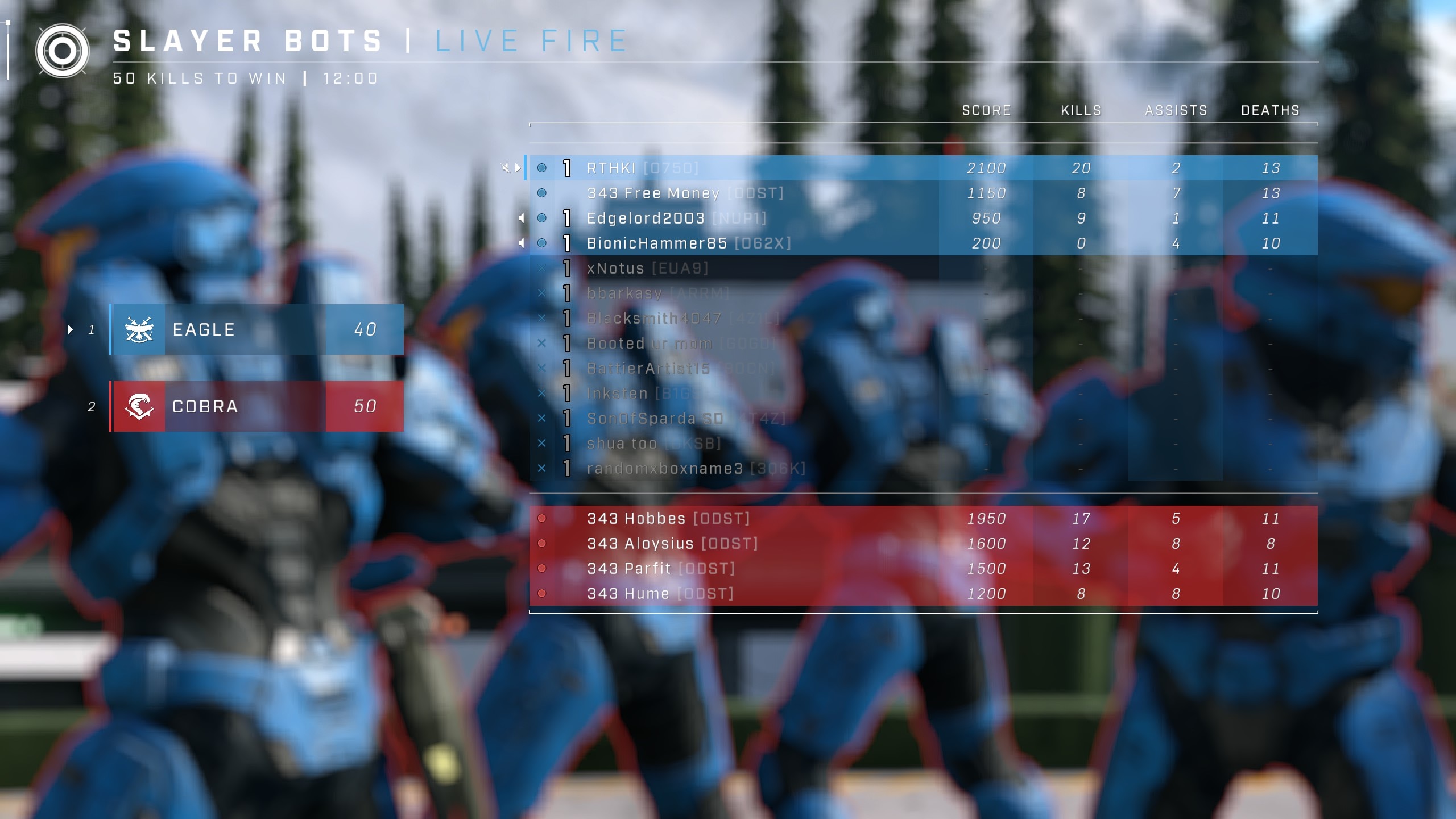 lost to bots. the afk guy wasn't helping. and i guess they filled in the open slot with a bot who got second on my team

In what way are the bots strong? Just like really good aim and awareness to compensate for bad AI, or actually good AI?

How Forza added drivatars and nixed normal AI is what these are like. They use human gameplay as a source so they do a lot of tactics typical in halo. So like having bf2 bots dolphin dive or nade spam karkand. They jump around, throw nades, strafe, melee you in the back, flank you, etc.

Marine and ODST weren't very aimbot-like. Still seems like a sorta dice roll whether they will react quickly or not. They're really good at punching you in the back

I re-established the Confederacy, joined the Axis, and annexed parts of Canada. 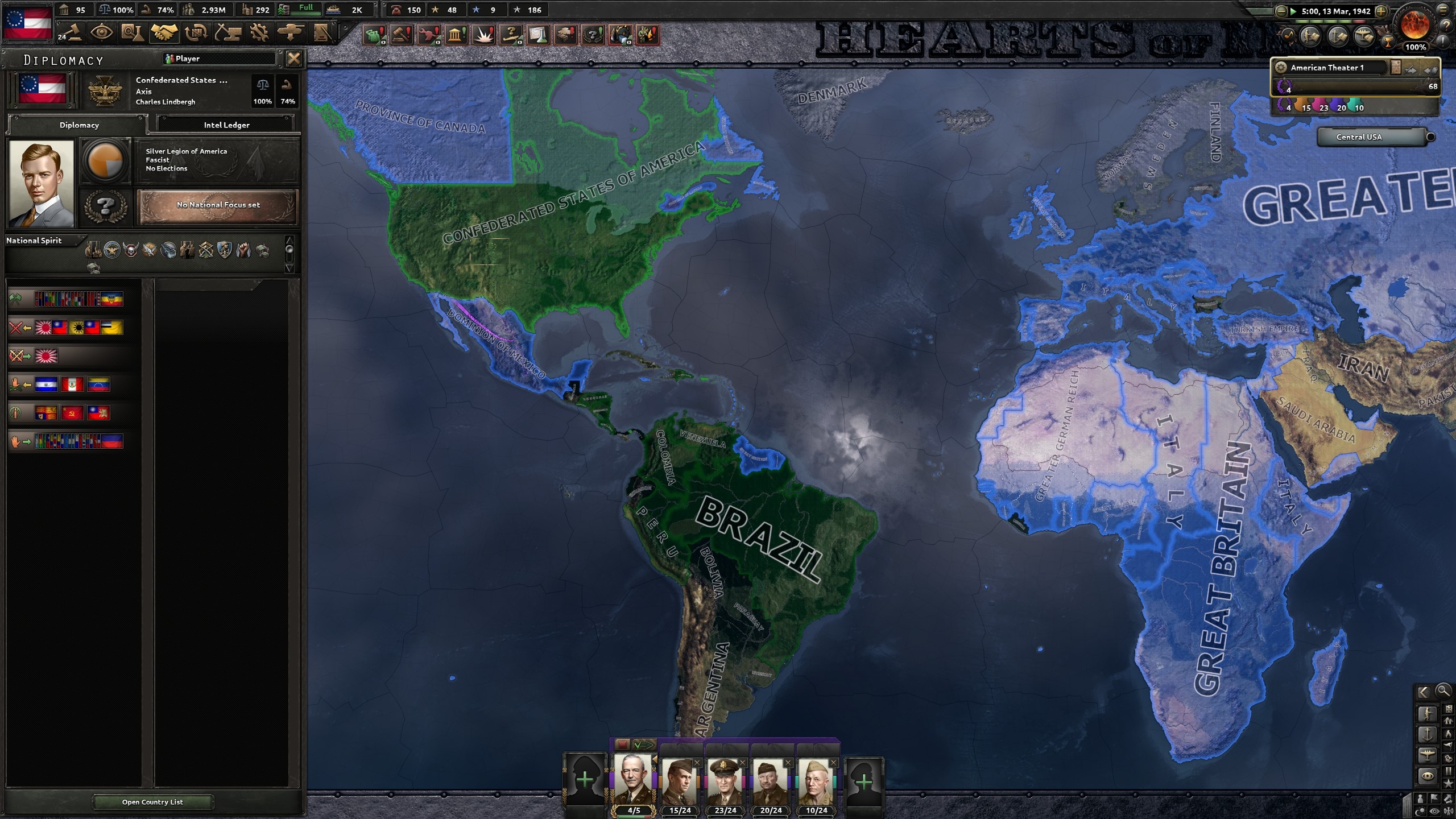 The U.S. is very boring to play.

I gave Japan a try last night. What is the trick to winning the 2nd Sino Japanese War? I am killing them 10 to 1 and getting nowhere. I made landings in three different coastal areas but run into the problem of the AI being able to bring troops too quickly to stabilize things.

The hardest part is dealing with the Soviet Union who sent tanks divisions to help China. Should I do landings behind enemy lines to try to encircle divisions or would it be better to do landings far away from each other to thin out their front lines and then micromanage an offensive from the north?

I think Japan is a little more interesting if you have its specific DLC. Hold important "victory points" and get those the encirclements.

Could I or should I bypass China and focus on doing something else in preparation? How quick should I declare war on them? I assume the more time I wait the stronger they will become?

A lot of big things the AI accomplishes depends on where they go in the national focus tree. Keep an eye on where it looks like they're headed and prepare for that. To prepare for war with China or Russia, you should have a decent airbase and defended port on the mainland.

Paradox forums are full of Q&A on this stuff, someone who knows Hoi4 Japan far better than I do probably has most common eventualities down pat.

I played an astonishingly well-received mod where unicorns develop nuclear weapons and obliterate their neighbors. Stay out of that fight if you ever try it.

I think the issue I mostly ran into was the Soviet Union sending volunteer tank divisions. Smart for the AI but totally shut down an advance from Manchuria after I thinned out the line in the north with my naval invasions.

I watched the whole thing. Amazing. The abstraction of seeing numbers on a map change really warps your perception of the war. Why am I even invading China?

To color in the map with Japan colors. Almost a primeval satisfaction.

read about the its reception here: https://en.wikipedia.org/wiki/My_Way_(2011_film)#Reception

The movie is all over the place, but probably worth a watch.

I will post a full AAR of this playthrough if anyone really wants it but basically I did a HOI4 Germany to Kaiser run with Iron Man. Got a 2.5% and a 4.5% achievement after this was finished. Crazy game. A lot of fun. 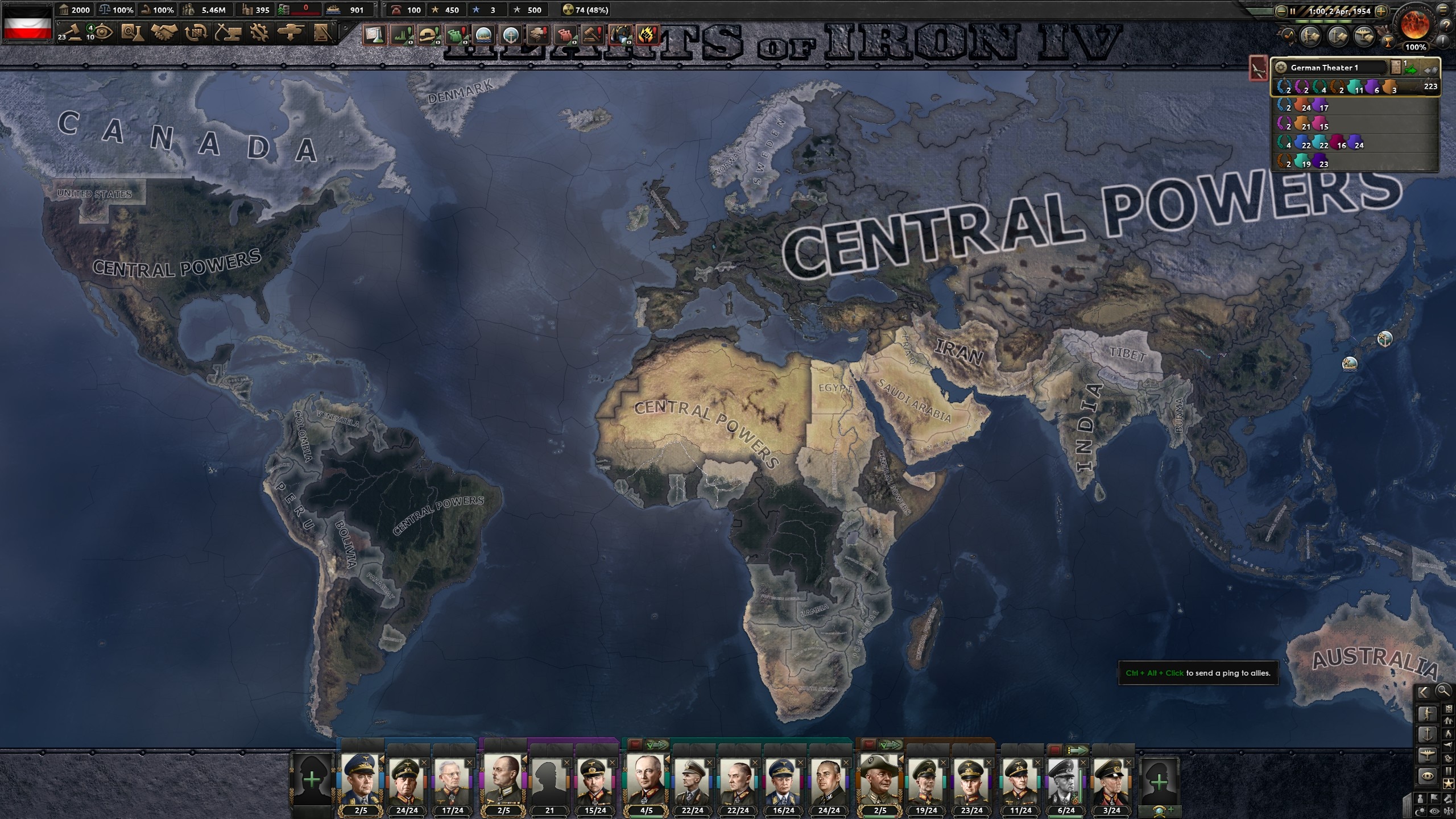 They're gonna have to come up with a different name than "Central Powers."


Amazing that I remember this throwback to 1995.

The first time I saw Descent I think was through those flickery old 3d glasses at Costco. It was kind of cool.

I remember being super wowed by descent. Oh how times have changed

It is still pretty cool that you can be upside down.


I loved this game. Such beautiful memories.

So after 300 hours, I finally progressed into not-Cuba in RDR2 and did get annoyed there's like 1 brief point where you are able to explore and find new animals in that environment but the rest is just one mission after the other. I know they don't want you dillydallying there (and that none of the things are technically necessary for 100%, which I'm not going for), but I barely set foot outside the path to the two missions cause I didn't know I'd be locked in once proceeding. Rather hate that part of game design. At least they didn't take away all your money like some games do.

When you get back to the Main Land, you can use the drunk exploit to get back there without red zoning.
It can take some time to get there but, once there, there's no pressure on looking around.

There's something highly irritating about certain "lock-in" style missions placed in a massively open world. Like two competing schools of game design, ripping you out of your free play and putting you firmly back on the rails. The result is rather like Skyrim and Fallout, where people spend time doing anything but what they should be doing, out of fear of getting stuck or closing off other game elements. Less bad in open-world games where the side missions are random-gen and there's really nothing you can miss on one thorough playthrough.

It would be neat if more games had a free roam tour mode like AC Origins.