"atm," Windows is a "swiss knife" with a hidden, randomized button that will shoot poisoned darts into your eyeballs.

true, but it can be managed. just don't allow everything microsoft throws your way to be installed right away - have special environment for testing. it's a hassle, sure, but, tbh, it was always that way, just not as bad as they have it with 10. come to think of it, it's the same with linux - you don't want everything coming through their update channels installed on your every machine right away either.
if you open your mind too much your brain will fall out.

Installed some old Logitech software so I could turn off an LED on an office mouse. Computer restarts at the end of the process without asking for confirmation.

Windows then wants to "finish setting up your device," a weird thing that happens like 1 in every 10 restarts. I just nexted through it this time to see if I could get rid of that once and for all. I declined Office 365 stuff over the course of like 3 screens. Almost finished, before seeing the tiny box I had to uncheck to keep Office 365 from embedding on my taskbar anyway. I have Office 2019. Really shady stuff coming from an actual OS. It's bad enough when you have to click stuff in fine print to opt out of a McAffee trial or some browser plugin without Windows taking part in that behavior.

e: Turns out the LED display on the office mouse has no direct toggle off. Instead you can select between 3 colors for 3 different sensitivity settings. This mouse is still sold in stores, but ghub does not support it. Websearched a tech support thread on logitech that confirmed it to another user with a "sorry."

Computer hardware no longer supported by the manufacturer should be recalled from general sales imo. Imagine buying a toaster oven that you couldn't turn on because of some obsolete firmware issue.

Just open it up and pull the LED off, or cover it with black glue.

The LED is already turned off. I just had to install logitech's obsolete manager, and then it was like two or three clicks. There's really no reason the function should not be in ghub. It could probably be as simple as emulating the old control panel.

I would sooner buy a new office mouse than take this thing apart. I think the screws are beneath the glued-on feet, so I'd have to scrape those off with a razor blade first. Nah. Electrical tape or glue is good for stuff you don't have tactile contact with. It can get gross or slimy fast on a mouse, or just feel wrong.

Glue/expoxy/whatever directly on the LED would be inconvenient. It's the only way I can tell what sensitivity the mouse is set to with the top switch without opening the software. Currently, default is set to LED-off so unless Logitech makes it so I can't run both configurators at once (I think that was a problem before), the issue is resolved for now.

Same with covering the outside surface, only you'd have the annoying distraction of the new texture.

This issue could be more readily addressed if manufacturers put in blackout functions on their devices. I would be totally for that kind of legislation for all devices but ones where the light is a safety feature. My house must have like 300 LEDs spread around the place. It's a plague. I need to build more cabinets for it all.

So either the old mouse software is conflicting with the new, or the buttons are going out. Mouse drag keeps releasing its hold. Thinking hardware, because the software was fine until today. Typical, but that's why I have an office closet full of peripherals.

Why are you even trying to turn off the LED?

*were, it's been off for a few days now

The LED was powerful, blue, obnoxious, and distracting. Way worse with the light level lowered. It would shine between the gaps of my fingers like some radioactive sci-fi material.

Something in windows 10 is forcing me to use an insane amount of temporary storage. Like upwards of 2gb/day. My work PC hard drive is partitioned and the usable space on the partition that has windows installed is small, around 116gb. I keep getting notifications telling me I'm running out of storage space. Shutting down apps and/or restarting frees up about 10gb.

It's pretty annoying. I guess I'll have to reconfigure the partitions.

Pretty sure it was built during the last world war, but I still use windirstat from time to time with issues like this.

Maybe an your update files (C:\Windows\SoftwareDistribution) or page file

I thought I had Win 10 set to only do updates when I gave it permission, like a restart, then I come back to my machine to find it updating and restarting all by itself.

Seems to have been a lot of updates in the last few days.

Also why do I have the weather on my menu bar now?
#FreeBritney

Did you have to go through a "let's set up your PC!" process again?

What am I supposed to do with that? I don't watch Netflix on my PC. I don't have any of the services shown in play. I've never used to-do (it's not even installed ffs). Weather info isn't very useful compared to accu or noaa. Why does Office need two buttons? Opera is already on my hotbar.

The stuff to the left of all that isn't even all-inclusive. Maybe like 3 games from Steam (lol), and some but not all of my apps (some default to not including on the start menu when they install). I feel like the start menu is a bit obsolete.

What I really need is for more useless crap to slow down the boot process.
#FreeBritney

Right-click the taskbar > News and Interests > Turn off
done

There's a bunch of wasted space even in that layout.

A lot of this junk should be opt-in. It's UI clutter, and one of the reasons I hate dealing with smartphones sometimes. Everything I need is on my hotbar, toolbar, desktop, library software, or I can just ctrl+r it really quick.

I like a 100% clean toolbar and desktop. So that means everything goes in the start menu.
yeah wasted space because I dont have group names above them


agreed on the junk/bloatware though. I've had a Google Fi phone for the past 6 years and went back to samsung a few months ago and it took days of organizing everything into 'crap' folders and connecting to it via command line and running hax to delete the bloat.

Right-click the taskbar > News and Interests > Turn off
done

I tried keeping an empty desktop and toolbar for awhile but there are just too many programs and shortcuts I quickly swap through. Having the icons there saves the hassle of opening the start menu every time.

My Note 10 came with 4 pages of apps and updates have altered the UI at least 3 times since I got the thing. I wish I still had my old blackberry. I didn't even have to jump through fourteen hoops to install a new ringtone. Amazing.

I would say I resent paying for a thing that tries to sell me more things, but I've already played World of Tanks on premium time.

I got that weather junk put on my taskbar earlier today after Windows spontaneously rebooted without my say-so, in the middle of something I was doing. Further, it's automatically signed me in on the account I use for MS Office. I guess it will want me to use it for Minecraft too. I'll probably make another one for Minecraft. Wondering if that'll cause problems having two Microsoft accounts.

Anyway, I pull it up and there's an article from Fox News near the top of the feed. WTF, Microsoft, get that shit outta here. I've got options to "fine tune" my feed and create settings about interests and non-interests. Of course because it's Microsoft, the page doesn't work correctly and hangs on loading preferences. Maybe it'll work in Firefox if it's allowed to load in Firefox, but it doesn't work properly in Edge (the browser it loaded even though my default browser is not Edge, thanks again MS). You'd think a company with the resources of Microsoft could design a browser that people want to use, right?

The option to disable a feature should be in a feature itself, not only through some roundabout of right clicking on the taskbar and navigating to its setting. It shouldn't even be enabled by default. I didn't want any of that junk running with Windows. There should be an option during installation to "disable all unnecessary features/distractions." My desktop doesn't need to act like a smartphone. I already deal with smartphone stuff enough as it is. If I wanted to use a smartphone, I'd use a smartphone.

As an aside, I really loathe the term "news feed." It just puts me in mind of that scene on the Matrix that pans out with a bunch of people unconscious in nutrient pods. That or: 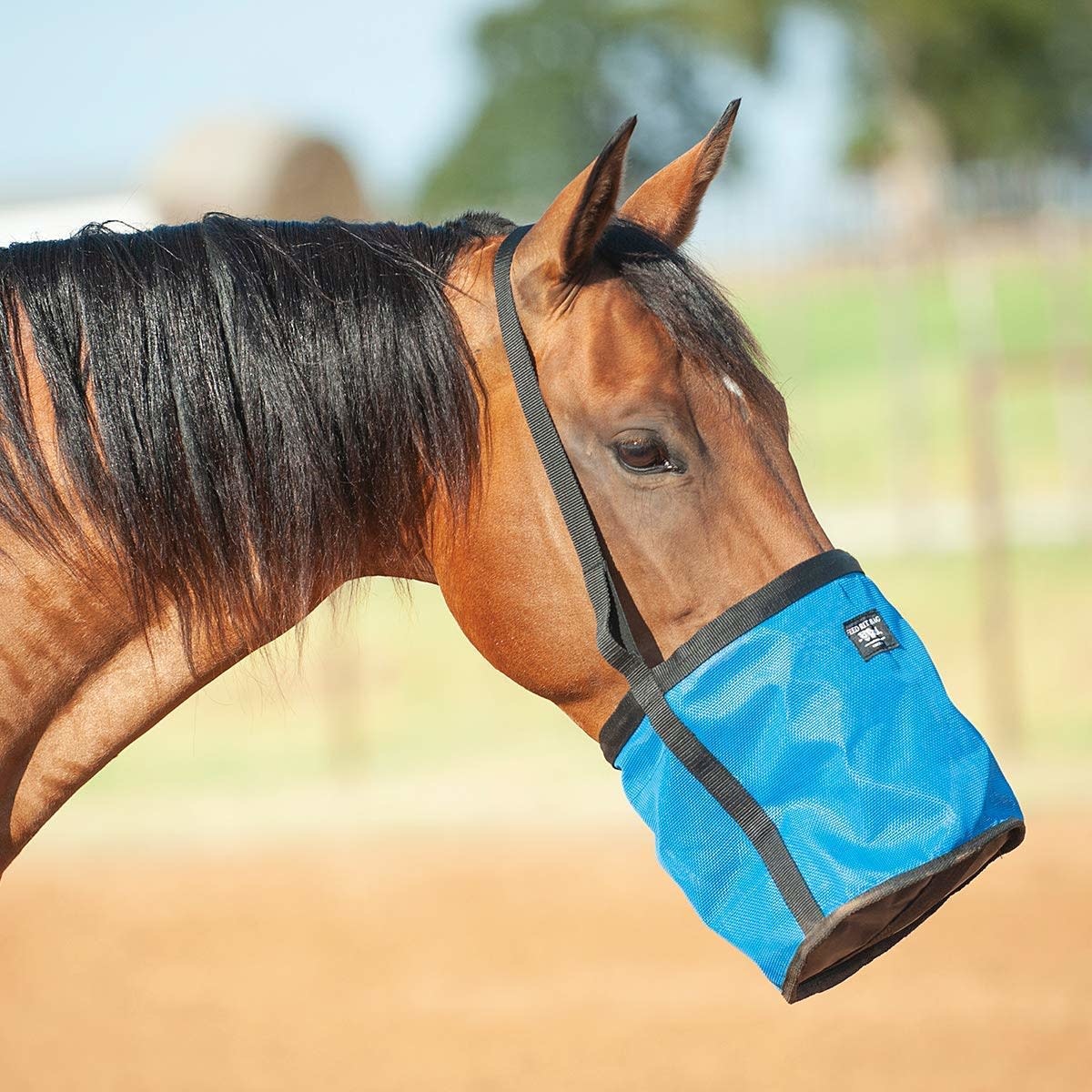 It reminds me of the terrible book I had to read in a college English class.

That link had me rolling my eyes as soon as it mentioned "dystopian cyberpunk future."

"Near-future" but we have clones of Abraham Lincoln? Maybe I'm not seeing the forest for the trees, but why is a YA novel being assigned in college English?

M.T. Anderson writes the dystopian novel using heavy satire of consumerism and corporate America. He presents the futuristic downfall of America clearly in capturing the deterioration of language and thought through the voice of Titus.[1] As the readers are often denied detailed description of the main characters, Anderson creates a sense of apathy and hopelessness in the character's thoughts and actions.[3]