This thread is probably a contributor to jay having gone the way of burnzz. I miss having him around to make fun of me for things like normal hygiene and wanting my parents to survive the pandemic.

I imagine neighbors at BBQs he hosts are more at risk of contracting e. coli than covid-19. "It's just a little salmonella, way overblown!"

I copy and pasted text from study.com regarding the aftermath of World War 1 for a presentation to the adult prison inmates in the GED program I teach at the local state prison. As a 6th generation Black man in America, I am highly qualified to teach other black men how to history.

Anyway I really don't proof read what I copy and paste and am always a little surpirsed when stuff comes up in the presentation. One of the things was a reference to the Spanish Flu. Did you know the Spanish Flu killed about 600,000 Americans? We are 1/3 of the way to a Spanish Flu death toll. I am not a math teacher (I will be that next week) but it really goes to show you how bad COVID has gotten in this country.

But we had a 100 years of medical science on our side. We actually know what a virus is in fact.

"That's right, because technology is a lie sent by liberals to kill us! ...Apart from weapons technology, which we use to kill other people."

you mean you don't have an annual bloodletting to help with your migraines?

remember when jay said that exponential growth of a disease was impossible? that america had seen the worst of it? that covid was spent? LMAO

meanwhile this is trump's line today:

Trump falsely claimed doctors are diagnosing more cases of coronavirus to bolster their paychecks. “Our doctors get more money if someone dies from Covid. You know that, right? I mean, our doctors are very smart people,” Trump said at his rally in Michigan. In reality, health experts say the US death toll likely undercounts how many Americans have died of coronavirus

Galaxy brain alpha male plays right there. Now, I'm not a rocket surgeon, but how these doctors going to make money when everyone's dead? Wouldn't the play be to keep'em healthy so they can get sick again? Let's keep this one between us--I think it's crazy enough to work.

there are always payments from BIG PHARMA and Bill Gates for the doctors' role in microchipping and inducing autism in children through vaccination regimes.

Think about it- doctors get paid to deliver a child. Paid again to microchip them. Paid again to inject those children with precious metals. Then paid to categorize their eventual death.

Quite the racket indeed.

he deserves to sink for the sheer vulgarity and insensitivity of his leadership in covid. good god i hope americans regain some self-respect and vote him out. you're dying in droves and he's talking about how the doctors all quite enjoy it. does he know how thrashed front-line medical staff have been for the last year? imagine seeing mass death every day in your workplace and then the president makes a crack about how you're in it for the money.

It's kind of amazing how no amount of death and disorder will convince stupid people that Trump is a disaster. And I usually don't like to call people stupid for having different political/world views.

I have been reading NYT articles trying to explain Trump's improvement with minority men. Apparently they all seem to identify with his concept of masculinity and success and never having to say you are sorry. And that's stupid. There is nothing masculine about a 70 year old obese man with a teenage girl's social media addiction. They see his vulgarity as a virtue because they weren't raised right. They don't know what masculinity is because they are the dopes that buy the "Joe Rogan Endorsed Ass Wipes For Men" 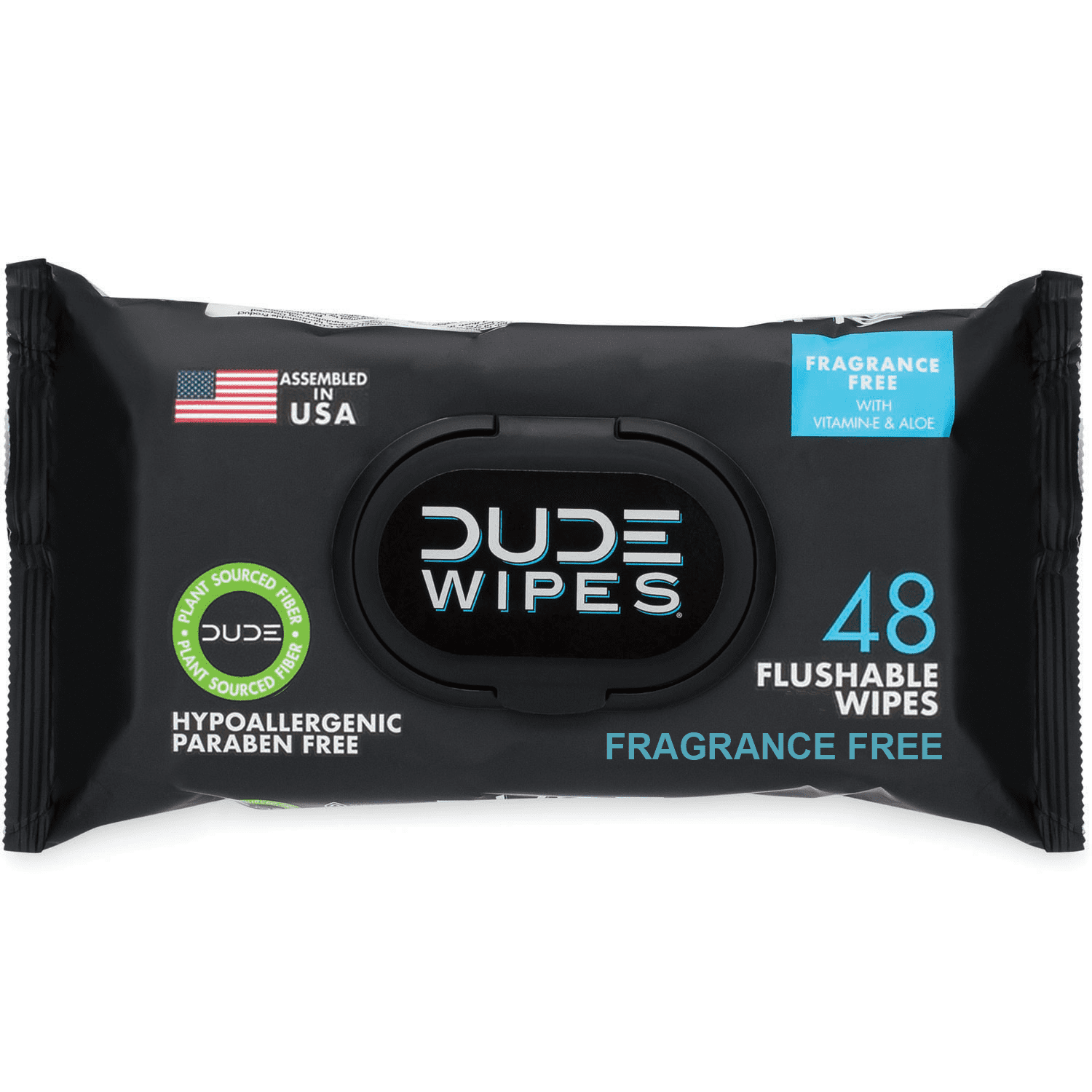 Mayor Pete is proud gay guy and still much more masculine than Trump. Roosevelt was in a wheelchair and more of a man to be respected than Trump. Associating Trump with masculinity proves right every single thing a feminist has ever said about toxic masculinity.

I have never heard of a 'Dude Wipe.' On wikipedia:

During UFC 174, Dude Wipes trended worldwide on Twitter after sponsoring fighter Tyron Woodley, with their logo appearing on his trunks.[12]

Also I guess the product was put together by a bunch of guys working out of an apartment. I don't know why butt wipes need to be specifically marketed towards men, but that's the kind of thing that men online make fun of women for with women's products.

What makes it specifically manly? The packaging? The sting of aftershave?

That its called 'Dude Wipes'
Epstein didn't kill himself

Putting the US flag on a bag of butt wipes doesn't seem like the most patriotic representation.

Print passages from the koran on the actual wipes then.
Epstein didn't kill himself

On Friday, scientists at Stanford University released a study which said 18 recent Trump rallies produced more than 30,000 confirmed cases of Covid-19 and “likely led to more than 700 deaths”.

The authors set out to “investigate the effects of large group meetings on the spread of Covid-19 by studying the impact of 18 Trump campaign rallies” over “up to 10 post-rally weeks for each event”.

“Our estimate of the average treatment effect across the 18 events,” they wrote, “implies that they increased subsequent confirmed cases of Covid-19 by more than 250 per 100,000 residents.

“Extrapolating this figure to the entire sample, we conclude that these 18 rallies ultimately resulted in more than 30,000 incremental confirmed cases of Covid-19. Applying county-specific post-event death rates, we conclude that the rallies likely led to more than 700 deaths (not necessarily among attendees)”.

Well if a complete denial of the lethality of the virus is a necessary aspect to your political identity that's kinda what ends up happening.

That's exactly what it is. A political identity.

India's figures are simply not credible, unless a lifetime of respiratory infections has prepared them in some way.
Epstein didn't kill himself

yeah i don't think anyone thinks that india's figures are accurate. they likely don't have the administration or reporting in place. it'll probably only emerge in the longer view with excess death statistics taken over a longer timeframe. 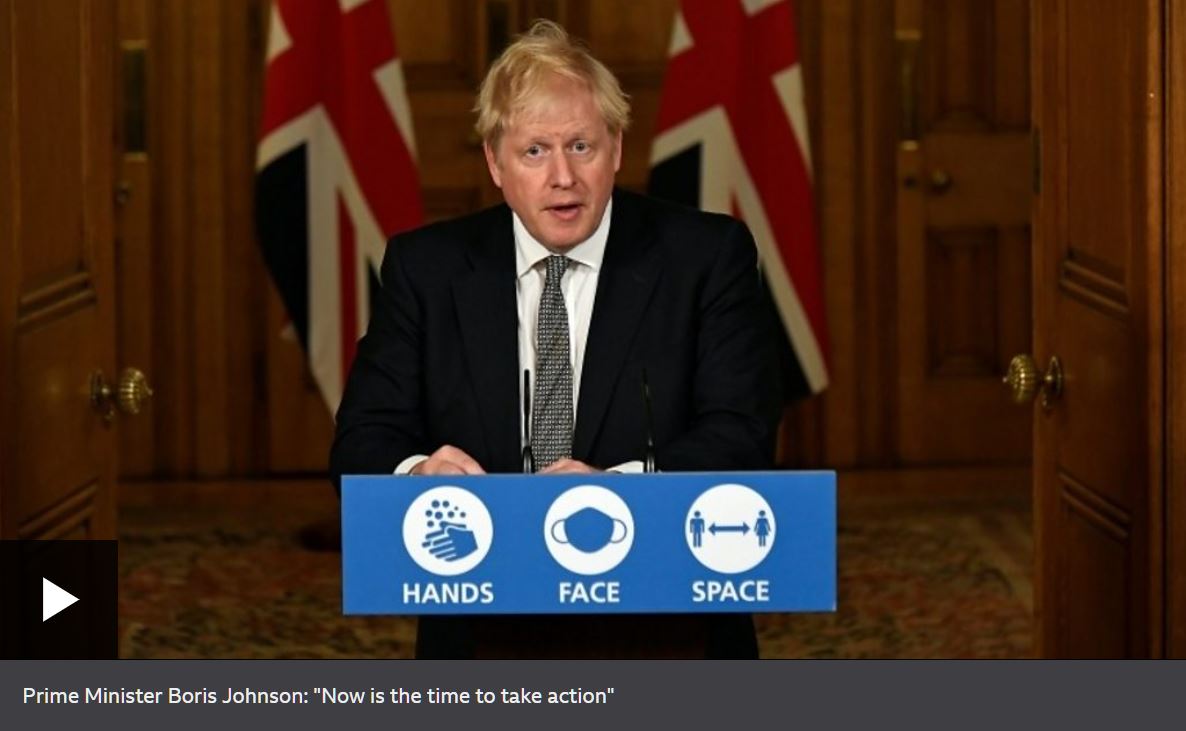 No I think the time was about seven months ago Boris.

Realistically I predict Australia will have a massive third wave in about two months time.
Epstein didn't kill himself

it won't be a 4-week lockdown. the last one, which lasted months, started out as a '3-week lockdown'. the projected figures for this winter are calamitously bad. 3k-4k deaths per day by january if it continues at its current rate. and that's from multiple models and based on current hospital admissions, not some preliminary imperial college model trying to forecast the next 6 months.

BoJo's political credibility has been shredded. he ignored the scientific advisory group (SAGE), many of his ministers, and the noise made by the opposition in favour of a half-term (mid-october) 'circuit break' lockdown. 2-3 weeks of total lockdown would at least put a dent in the curve for us in december, for people's beloved xmas meals. but, no. they pressed ahead and now, with 2-3 weeks' more of open pubs, open schools/universities as actual petri dishes of corona, open community transmission, etc, we are effectively fucked again.

has put a dampener on my next few months' plans but it could be far worse. going to save another nest-egg of funds and work maximal overtime for the long dark winter.

"Make hay while the sun shines out of your arse"

I should try to, um, work more hours but earning more than I was a year ago has just meant I've cut back my hours, not really a win.
Epstein didn't kill himself