So reacting with violence is OK?

But really, having read history, by 'societal change' through 'violent protest' don't you mean 'overturning the ruling system' or 'revolution'?

What sort of democratic system are the anarchists and the black supremacists planning to replace the US constitution with?
The Zimbabwe plutocratic communism model?
South African nepotism and graft?
A Wakanda-like technocracy?

Historically most internal societal change has been brought about by peaceful protest and democratic action no?
Not violence and riot.

Police say a man captured on surveillance video breaking windows at a south Minneapolis auto parts store in the days after George Floyd’s death is suspected of ties with a white supremacist group and sought to incite racial tension.

The man’s actions soon led to an arson fire, the first of several that transformed peaceful protests into chaos, police say. He has been dubbed “Umbrella Man” for dressing in an all-black outfit that included hood, gas mask and black umbrella.

“This was the first fire that set off a string of fires and looting throughout the precinct and the rest of the city,” Erika Christensen, a Minneapolis police arson investigator, wrote in a search warrant affidavit this week, the Star Tribune reported.

Police identified the 32-year-old suspect through an emailed tip last week, Christensen said, and he is understood to be a Hell’s Angels member who was bent on stirring up social unrest.

so dilbert, in going on about arson fires and riots constantly, is, of course, playing into a far-right playbook to incite unrest and discredit BLM.

like oh my fucking god, how far back would you have to look through US labour history to realize how many things were achieved by striking or workplace-destroying workers/unions? the west likely wouldn't have a fucking weekend or basic worker rights if it wasn't for someone, somewhere, organizing about it and protesting. instead he gets upset that walls are graffiti'd and windows smashed.

Would like to add that the "weekend" is a luxury pipe dream for a lot of American workers at it 7/7, sometimes not even due to multiple jobs, and sometimes on call even during sleep. We've a ways to go, but at least we've outsourced our sweatshops to developing nations. /s

What 'radical change' is needed? Everyone has equal human rights, there are checks and balances etc, all put in place by govt decades or centuries ago.

There are issues with implementation at the local level here and there, no justification for 'radical change' whatsoever.

Chauvin etc will be doing long stretches in prison, the system works, 'radical change' is not required.
Epstein didn't kill himself

chauvin and the officers were not originally arrested and charged with serious crimes. it is ABSOLUTELY a consequence of BLM protests! and yet you dismiss the idea of protest. oh my fucking god.

I dismissed the idea of violent protest and property damage what did that achieve?
Epstein didn't kill himself

It impresses upon the political class a certain sense of urgency in achieving the desired cultural switch that minority rights groups campaign for, or/and to drastically reform the police.

Your statement that everyone is equal is absolutely not the experience of those born and living in minority communities.

OK, so to summarise:

I'm glad your views are now out in the open, good luck and I hope you enjoy living in your utopia when it transpires. 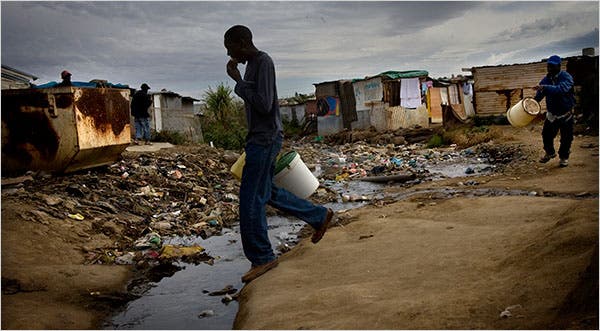 Ghandi achieved everything through peaceful protest, I'm sure its easy to prove violent crime was irrelevant to whatever MLK achieved.
Epstein didn't kill himself

Dilbert don't throw those ridiculous strawmen at me. I made my posts as short as possible to suit your own style & attention span, no need to "summarise" here. To be a little more elaborate, my point is about realism: depending on the circumstances violent protest can and does work. It can have clear political aims and effects. Your question was on how violent protest could ever be justified or ever achieve anything. All I did was question that absolute statement and nudge you towards revision. Note that this is not a statement on the ethics of BLM turning violent.

As for ghandi, you might want to read the following article:

Also, if ghandi were born a century earlier he would've been shot.

Finally, my own opinion on BLM turning violent. There's two things to seperate here: 1. Protest against police conduct in general 2. Protest against the circumstances in which black american communities still live in 2020. I'll focus on this second point. After some 80 year history full of high profile, celebrated and less celebrated attempts by activists to achieve equal rights, I can imagine that new generations feel resentment and disillusionment after finding that black communities are nonetheless still physically segregated within cities, still disproportionately poor, still crime-infested, still subject to racism by people like you, and that their opportunities in life still seem to be much more limited than those of counterparts of other races in american society. Given this necessary context and the fact that many voices have come up since the 80s and 90s who predicted a moment of widespread violence if things didn't change, I don't hate or judge harshly that it happens. Simultaneously I believe the state has a duty to provide security and establish order. So naturally right now these interests will clash, it's up to the US government to figure out an appropriate respons and how to remediate these issues.

I'd like to point out, dilbert, that my understanding for the use of force as a means to political ends and empathy for BLM does not mean I would stand there and participate or egg them on in violent protest. Or that I believe that random store front owners deserve to have their property smashed. I'm simply saying: in the wider context of this movement and what happened in the US, I get it. I'm also saying it could help expedite  desired political outcomes.

black communities are nonetheless still physically segregated within cities, still disproportionately poor, still crime-infested, ... and that their opportunities in life still seem to be much more limited than those of counterparts of other races

Applies to black communities across the whole world. Sad!
They should try being more like Koreans.

You'll be glad to know I'm the least racist person I know.
Epstein didn't kill himself

I don't understand what point you're trying to make. Also, throughout this forum's history you've made sweeping, damning statements about other groups of people and assigned to them quite some negative qualities based on their origin/affiliation with these groups. Just retrace any of your statements on 'the chinese'.

Go look at any black community anywhere in the world and report back your findings.
Epstein didn't kill himself

you mean like the black middle-class who had their neighbourhood burned down by whites in tulsa?

‘native americans just love drinking and gambling. look at aboriginal communities anywhere and it’s the same picture — sad! must be because whites are best. btw studying history is stupid and for losers’.

Go look at any black community anywhere in the world and report back your findings.

'Black communities suck all over the world. I wonder why!'

This focus on good and bad cultures and groups of people is really just a thinly veiled evolution of early 20th century outright racism. The far right swears it doesn't judge people by the colour of their skin, but their culture. Especially if it's cultures that predominantly consist of black and brown people. I guess we should also prevent these people from migrating elsewhere lest they contaminate our pristine white cultures.

I suggest you objectively examine the available information.
Epstein didn't kill himself

I suggest you put your head back into your ass

I'm really going to re examine reality after some "social commentary" consisting of one liners from an engineer who can't understand anything that isn't a math equation or binary code.

data without any context or historicisation, and without any knowledge of wider processes or dynamics ... wow incredibly useful data. ‘black americans are poorer than white americans, it must be because they are black’.

But blacks are poorer wherever they go.
Epstein didn't kill himself

Thats not what I said though.
Epstein didn't kill himself

Do you live in like a neonazi commune because I don't know anyone in my personal life who holds views like yours. I've said it before, your rhetoric is right at home on stormfront