Incompetence/Acceptance of the current system

Six more men from Rotherham have been convicted of grooming and abusing vulnerable girls in the South Yorkshire town as part of the largest child sexual exploitation and abuse inquiry in the UK.

The men would park outside local schools or hang around in Rotherham bus station, waiting for immature girls who “needed to be loved”. Working as a gang, the men would give the girls alcohol and drugs before they were sexually abused, Sheffield crown court heard.

Masaued Malik, 35, Aftab Hussain, 40, Abid Saddiq, 38, Sharaz Hussain, 35, plus two men aged 33 and 35 who cannot be named for legal reasons, were found guilty on Wednesday after an eight-week trial. They will be sentenced on 30 September.

What an absolute tragedy this happened to these innocent young vulnerable girls. Why don't the American feminist focus on these issues that women have to deal with?

The silence is deafening. I can't believe you so called "men" can't spare a moment to reflect on the troubles of these poor victims.

I highly doubt a single person here condones the behavior of these men. Neither, apparently, does the law.

Tell us some more about how you make out with substitutes or TAs or whatever in the break room, though. Give us some context for your moral outrage. I mean obviously it doesn't compare with middle aged creeps picking up high school girls, but weren't you also abusing authority/rank?

Dilbert reminds us of the Epstein debacle in his sig every time he drops a post. Maybe it's like a lapel pin for forum users, or maybe he cares more about this stuff than you do.

You just compared me to a bunch of rapist. Wow, that's hurtful. Absolutely venomous.

My use of "also" at the end was maybe a little harsh, but I did say it obviously didn't compare. Do you think it was probably appropriate using your position to get frisky with a lower ranking employee inside a school?

She came onto me. I resisted for months.

20-30 years down the road when you're running for senate or whatever, maybe it'll come back to haunt you. 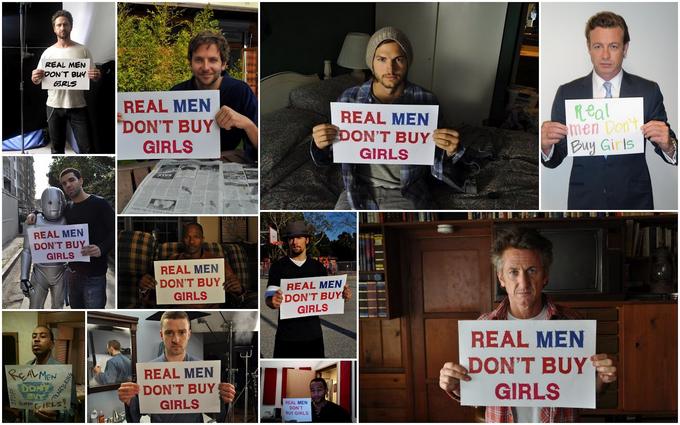 Real men don't buy drugs, I bet every man in that picture has, drugs transported by a terrified female drug mule coerced under threat of death against herself and her family.

what is that whole thing about? are they talking about actual underage girls/child prostitutes or something? that's obviously fucked up. if they're talking about adult sex workers then yeah that doesn't matter and it's really none of their business.

but ya one of those dudes is probably a secret gay or pedohile no doubt lol. sean penn prolly chilled with epstein

edit: i just googled it lmao yeah that was something about kidnapped school girls in nigeria or something. you're fucked up macbeth lol. "telling you how to live your life" and buying a child for sex to spite them. wtf dude? that's something u can be preachy about bro, idc if its coming from hollywood. that's fucked up

I didn't know it was directed at Nigerians and not me. They should have put their signs in Zulu to avoid the confusion.

So there are two important and popular Magic the Gathering lady characters named Chandra and Nissa. Chandra is a fire mage and represents red while Nissa is an elf who represents Green. 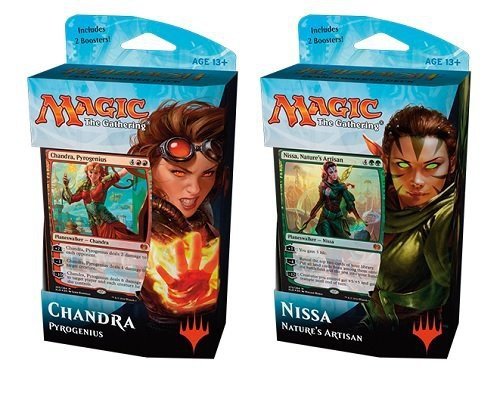 In the books, Nissa and Chandra having lesbian feelings for each other is alluded to but never made explicit. They cannot make it explicit since people would be upset their waifus are lesbians and homophobic countries would want to ban them. Do you know the only group of people who would actually be upset about these two characters being lesbians? Secret gay men.

Only secret gay men would have a problem with lesbians at all. No normal man would repulsed at all at the sight of two women hooking up. That's entertaining. Why would you rather see a male who is not you manage a relationship with a girl if you can instead watch two women at the same time?

So what is my point? I condone lesbians relationships. Nissa, and Chandra can be partners in my Magic the Gathering stories. 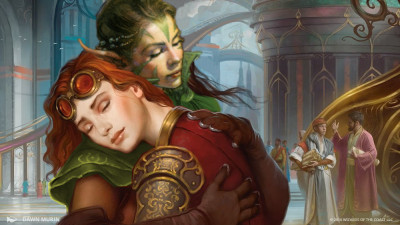 Congratulations on having a daughter, Jay. Girls are easier to raise than boys and generally do better in real life. It is also good for a girl to have two older brothers to watcher over her than two younger brothers to look after.

let us hope she can grow up in a world surrounded by strong female role-models like AOC and not dumb brutes like trump.

Let's hope she grows up to be not nearly as narcissistic as either.
"Ah, you miserable creatures! You who think that you are so great! You who judge humanity to be so small! You who wish to reform everything! Why don't you reform yourselves? That task would be sufficient enough."
-Frederick Bastiat

You're an atheist if memory serves
The irony of guns, is that they can save lives.

you don't own the english language, fascist

macbeth, pochsy and i are more catholic than you could ever wish to be. Why don't you ask me about lesbians? Les be friends?


Pochsy has received one more sacrament, so i'm ok with him being the resident pope. I'll be the cardinal. Desertfox can be the bishop. You can be the resident castrato!

You and the desk lamp are atheist. I don't care about your religious beliefs.

im not an atheist! I'm a nothing. Do you call people not-baseball players if they don't play baseball?