I'd really like to upgrade my 970 but nothing seems worth it yet for a decent price. Most of its hard use comes from VR simracing. Rfactor2 is the ugiest yet most taxing game I've played.

I'd really like to upgrade my 970 but nothing seems worth it yet for a decent price. Most of its hard use comes from VR simracing. Rfactor2 is the ugiest yet most taxing game I've played.

the point being that you can have 8Gb of VRAM for cheap if 1440p+ gaming is your priority.

if you intend to stay on a 22-inch monitor playing at 1080p for the next 5 years, then don't worry about it.

I think you are just upset you picked a cheap motherboard. I can upgrade from the 3600 someday. You might not even get support for the Ryzen 4000 series.

the motherboard gives me all the functionality i want. my build is optimised. you bought a bunch of shit you're never going to need and cheaped out on critical components. seems you can't do your research.

in 5 years' time when the 3xxxx ryzen are getting creaky, DDR4 itself will be outdated. people seldom replace processors with every successive generation. i normally skip 2-3 at a time. good luck 'investing' for a ryzen 4xxxx with your shitty graphics card and slow RAM.

I plan to hold onto this computer for longer than 5 years. CPUs age better than GPUs anyway.

so therefore you bought an exorbitantly expensive 'enthusiast'-level motherboard designed for overclockers, when you don't ever overclock, and for compatibility with an immediate-next-gen processor you aren't going to buy.

all because you're too illiterate to monitor and manage a computer and have some ill-conceived idea of 'peace of mind'.

and then as a consequence you have cheaped out on RAM (that still now isn't fast enough for your processor) and a GPU that will hardly handle 2020 games at a decent resolution.

who is meant to be regretting their purchase again?

My ram is as fast as yours now. And I don't regret anything about my purchase. You have just wasted your time the last two days rudely talking me into upgrading it by pieces. And you seem really hung up about this motherboard.

you bought 3200Mhz RAM. it's not the same type. you cheaped out.

sorry but your system sux

I bought 3600 MHz RAM. I have a better board than you. It's like you want to talk me into buying a 3900x since my board can actually support it.

my board can support a 3900x dumkopf.

you spent as much money on your mobo as a CPU. you're like a rube who pays dell +$400 for a desktop speaker bundle.

The 450B is an awful combo for 3900x. Literal overheating issues. Look it up. You bought a budget board.

i did look it up. because, unlike you, i know how to overclock and properly volt a CPU. the 3900x works fine in B450-type motherboards.

i also invested about $150 in after-market cooling. did you spare anything in your budget for that, dumkopf? i have premium noctua fans throughout my build.

Thank you again for convincing me to upgrade. It's good knowing my expensive processor is actually compatible with my fancy motherboard.

have fun trying to play games on a mediocre graphics card with a 12-core processor sitting at 8% utilization.

you made bad choices. sad!

You should have just bought a better motherboard and CPU instead of aftermarket cooling and fans.

You also bought an AMD card instead of Nvidia. You went with the budget brand just to say you had 8 GB of VRAM. You seriously suggested an 4 year old budget AMD card just at the top of this page.

Your 8 GB card is like 25% cheaper than the Nvidia equivalent and weaker too. Enjoy your overpriced budget brand GPU and budget motherboard problems.

i'll test you with the benchmarks. yuuuuuge gains.

i didn't cheap out on hardware. i got a CPU/RAM/GPU combo that i am going to use. spending extra on cooling doesn't bother me because (a) there's no better hardware i wanted for my uses and (b) better cooling means a quieter, cooler, happier machine. i like having a silent tower so the extra cost is worth it to me. the fan budget didn't eat into my hardware budget. if i was on a budget i wouldn't have gone mITX at all.

i also didn't recommend that card. i said you didn't have to spend $450 to get 8Gb VRAM. you're making out like it's some ridiculous expense. it has been the norm for like 3-4 years at this point. you can get 8Gb of VRAM in a laptop's mobile GPU at this point.

buying AMD rather than nvidia is prudent. also, my monitor supports AMD freesync rather than gsync, so the choice was made for me. but in that case, why did you cheap out with a ryzen rather than getting an intel? you tech cuck.

Ryzen CPUs are literally the best on the market. I explained this to you 2 months ago. I have had driver issues with AMD GPUs in the past. I am happy with Nvidia.

You got a GPU more powerful than your CPU/Motherboard combo. You are going to bottleneck your card and wonder why you went with a budget motherboard and CPU someday.

You got cucked by GPU manufacturers and happily gouged yourself. Now you are stuck with a budget board you have to be careful not to fry trying to overclock it.

Good luck with all that. You should have spent the money you wasted on your GPU to get a SSD with storage capacity.

You are only going to be able to have two real games installed because you decided you needed 8GB of RAM rather than 1 TB of storage. Have a great time closely monitoring how much space you have left.

no GPU is bottlenecked by a 6-core current-gen CPU. you are clueless. a quad-core CPU from 2015 wouldn't bottleneck a GPU.

you got an AMD ryzen because they are the best price:performance option on the market at the moment. just like, arguably, the 5700XT is. same logic, but for some reason you have some arbitrary rules set up. that's led you to make some very shonky and questionable decisions. like buying an enthusiast-overclocker motherboard and putting in it the stock version of a CPU and never intending to overclock it. like buying 32 Gb of walmart RAM because 'the numbers can't go backwards!'

i have a second drive in my PC. i was just referring to my M.2 PCI-e SSD. yep, i would buy 1Tb if i were doing it again. with that said, i play about 3 games. and i will soon uninstall the mediocre call of duty.

I bought a Corsair case. My second one. I really like their cases. Mine has a few built in fans and is an "air flow edition". I almost didn't buy it on the basis that the pictures all had LED fans in rainbow colors. And I hate RGB.

My case is black. One of these days I will buy one of those old beige computer cases and put fancy stuff in it. 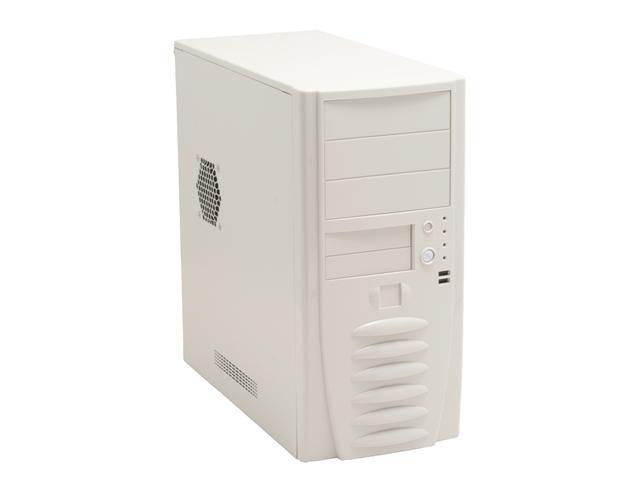 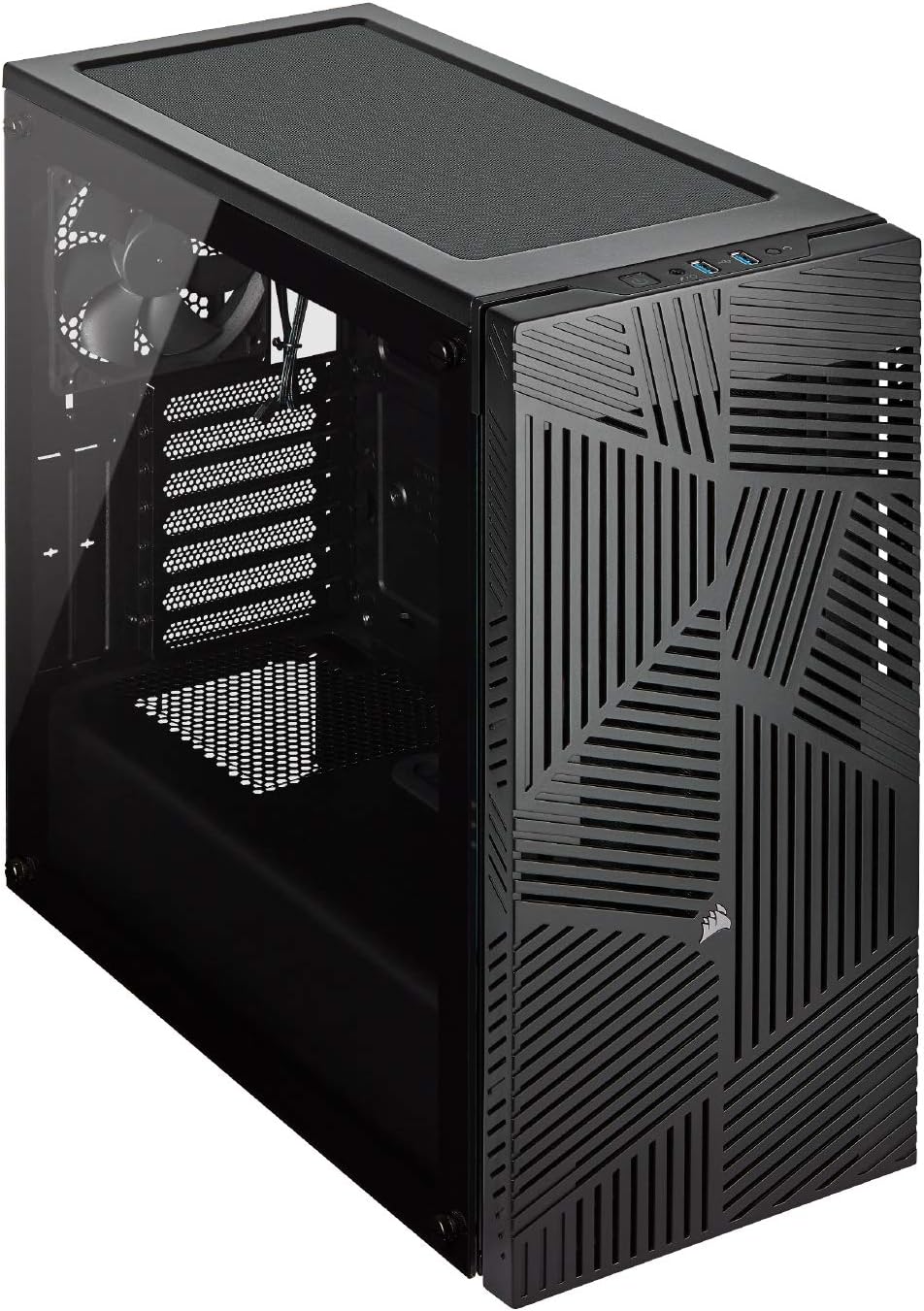 Looks nice. Is that a mesh at the top, or a very small grill pattern?
The shape of an eye in front of the ocean, digging for stones and throwing them against its window pane. Take it down dreamer, take it down deep. - Other Families

usually it's just a rubber-type pad.