I bought a few books since I am home all day doing literally nothing.

A father and his son walk alone through burned America. Nothing moves in the ravaged landscape save the ash on the wind. It is cold enough to crack stones, and when the snow falls it is gray. The sky is dark. Their destination is the coast, although they don't know what, if anything, awaits them there. They have nothing; just a pistol to defend themselves against the lawless bands that stalk the road, the clothes they are wearing, a cart of scavenged food—and each other.

The Plague by Camus, first book by him I am going to read.

A haunting tale of human resilience in the face of unrelieved horror, Camus' novel about a bubonic plague ravaging the people of a North African coastal town is a classic of twentieth-century literature.

The Wind-Up Bird Chronicle: A Novel by Murakami , after reading 4 or 5 of his books I think it is safe to say he is my favorite author.

In a Tokyo suburb, a young man named Toru Okada searches for his wife’s missing cat—and then for his wife as well—in a netherworld beneath the city’s placid surface. As these searches intersect, he encounters a bizarre group of allies and antagonists. Gripping, prophetic, and suffused with comedy and menace, this is an astonishingly imaginative detective story, an account of a disintegrating marriage, and an excavation of the buried secrets from Japan’s forgotten campaign in Manchuria during World War II.

the first two are among my favorites, and I draw a lot of comparisons in Cormac McCarthy and Camus' writing styles. I haven't read either in probably 10 years or so, but they are great books.

You can throw the Murakami in the trash or use it as kindle for the burning of soiled clothes worn during #COVID-19/2020. Not a fan, but I've only read one of his stories

also i suggest reading the Stranger. If i had to pick one novel to say, "this is my favorite book" it would probably be that one. We can talk about Camus when you are done, because I have a lot of time for him.

I would've given you my copy of The Road. I just did not connect with that book at all and somehow slogged my way through it waiting for it to get good. Second The Stranger - actually assigned reading during school that I quite enjoyed.

the plague by camus is pretty good. spoiler alert, it's not really about a plague!!!

Treasure Island:
10 Apple Barrels out of 10


Blood, Bones & Butter: The Inadvertent Education of a Reluctant Chef:
Wut. She's a good writer but holy god is she self-righteous.
I could rant here but I won't, you'll just need shower off by reading The Making of a Chef or Kitchen Confidential


Gamblers Anatomy
There's probably some serious symbolism I'm missing here but I chose to read it like a robot.
Odd story that I certainly missed out on but entertaining.

Treasure Island, that takes me back. I still have an old mini hardcover edition in storage somewhere. One of those formats that looks like it could fit into your pocket, but just won't.

Boring. I was expecting there to be more to the story than just the father and son traveling along, scavenging, squatting and hiding. I gave the book 2 points because the print is big and I was able to finish it in one sitting today so I felt like I accomplished something.

I now realize why so many internet people like the Road. It is really easy to read. You can speed read the thing because there mostly isn't anything going on for long stretches. Just descriptions of the two making their way through forest or gathering stuff together.

I looked it up and apparently it gets assigned for reading in high schools a lot so that could also explain why internet people like it.

That new? I was usually assigned stuff that predated the Vietnam War. I would have been stunned if given a book from the 70s to work with back when I was in school.

Lucky you, I don't think I had much which postdated WW2, most of the dreary garbage I was assigned was pre-1900.
Epstein didn't kill himself

You went to school in the early 90's. It would be strange if a book from the 2000's was assigned. I have seen the book "The Fault in Our Stars" floating around the school. Also "the Hate U Give". The other one I remember is "Things Fall Apart" which the student who I spoke to it about hated it also. The kids also do their obligatory memorizing Shakespeare which annoys some social studies teachers I know.

American education is so decentralized that whatever books kids are reading in whatever school is totally up to whatever taste the director of the English department is and/or what the school can get it's hands on in large supplies. Also the political taste of local voters I doubt kids in Tennessee will be forced to read "the Hate U Give".

As for me, my high school reading list was more traditional. Probably pretty close to yours.

Off the top of my head:

Conduct Unbecoming (Not the book about gays, it was a play with about a scandal in a British regiment stationed in India in the 1880s.)
The Go-Between
The Mayer of Casterbridge
Great Expectations
The Grapes of Wrath
Macbeth
The Glass Menagerie
To Kill a Mockingbird

If I tried to pick a more dreary selection of reading I don't think I could.
Other classes were doing 1984, Fahrenheit 451 and Oscar Wilde, we got stuck with an old pervert simpering over depressing old shit.

laughing out loud over here. none of those books are for schoolchildren. the go-between! hahaha

Off the top of my head:

confusing why you'd have a focus on the english romantics when, er, america's north-east had its own romanticism ... the transcendentalists. at least nodding in that direction with whitman. major fail to miss dickinson and emerson, to say nothing of hawthorne and poe?

confusing why you'd have a focus on the english romantics when, er, america's north-east had its own romanticism ... the transcendentalists. at least nodding in that direction with whitman. major fail to miss dickinson and emerson, to say nothing of hawthorne and poe?

They weren't missed. I just hadn't gotten to updating with them yet. I'm going off of 20+ year old memories right now.

The year of poetry was dreadful and not at all exciting for me. I would appreciate it a lot more now than 16 year old me did.

emerson is probably the greatest intellectual america produced in the 19th century. easily up there with the carlyles and ruskins.

Shit, I don't remember most of what I read in school.

In college:
The Stranger, reread it last weekend
The Archbishop Comes to Canterbury
Hitchhikers Guide to the Galaxy, was a computer science course..
The End of the Alphabet

I was assigned "Great Expectations" at least four times across four different school years. Would have been nice if I could have begged off the last couple times and read something else instead.

Did you know Americans actually score near the top of international reading test while scoring near the bottom of the math ones? I think all of the screen time reading text is actually improving our reading ability. Whatever your English teachers did with you guys also must have worked. There are still a lot of Americans, mostly older, who are barely literate.

That falls in line with work experience. Only a handful are illiterate but  so many were bad at math we had the local college come in and teach math and measurement courses.

I think I re-read To Kill a Mockingbird each year when my new teach assigned it to us. Good book, never complained about that one.

However, to this day, I have still never read Lord of the Flies. I always managed to find the teacher who was tired of that one and put it off for a year.

To become a teacher you have to pass a state math test. Can you imagine what it was like teaching myself high school math after almost 9 years of not doing math ever for anything at all? 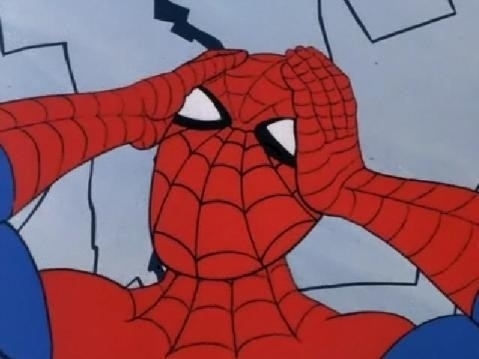 A lot of aspiring teachers never make it past the math test. Mostly gym teachers.