I read the wiki synoposis and saw a clip youtube. It looks like shit. It made only 20% of what Cats made but actually turned a profit though.


The VVitch is just so good by the way. 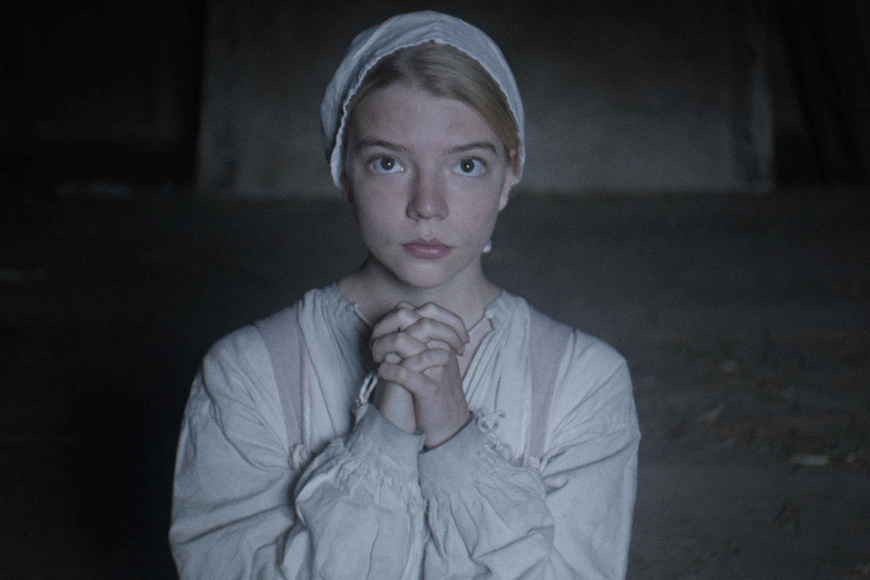 Cinematically amazing, but there are some sniffy reviews on IMDB from people who watched trailers on their phone so maybe I'm wrong.

Interesting how it objectified and demonised the germans, I thought films had moved on from that, maybe that was supposed to be the soldier's perspective.
And no-one used their small-arms once, they just sent a message back to call in artillery each time they encountered the enemy.

Even after having like 20 reasons laid out, that they simply don't like the design, Cats, or musicals in general, it must just be because someone watched a trailer on their cell phone.

"Yeah I'm not going to drive a Ford Pinto."
"Have you ever actually driven one?"

People who didn't want to play Shadow of War were all just on the anti-microtransaction bandwagon. They should have invested money to decide for sure!

Cinematically amazing, but there are some sniffy reviews on IMDB from people who watched trailers on their phone so maybe I'm wrong.

Interesting how it objectified and demonised the germans, I thought films had moved on from that, maybe that was supposed to be the soldier's perspective.
And no-one used their small-arms once, they just sent a message back to call in artillery each time they encountered the enemy.

ah. yes, the well-prepared great war conscript, who had spent years prior to war at their local shooting club. a very well-covered aspect of the war.

do you ever think films are written in such a way as to enhance drama, by the way? mind blowing thought.

you do a great service to my claims of you being a ‘fantasist’ when you’re sat there cheering at the screen of a hollywood movie because it features your hobby. read a book.

this anti-fandom is out of control.

We’ve come to an open air screening of Cats and...no one else is here

The pictures she posted makes it look like it is going to rain. A lot of people probably didn't want to checks notes get rained on.

her twitter thread said the place is always full, too, for showings. who cares. movie has bombed. when you fail to even reach the pleb masses, you're doing something wrong.

So much hate, for a flim you haven't seen.
Epstein didn't kill himself

haha, i don't care at all about cats. i care more about riling you about cats than i do about the movie.

Evil Dead: 7.5/10
I don't really like horror films, but I don't mind the small ones, Cabin in the Woods etc and this was pretty good with various nods to its predecessors.
One of the characters was a bit of a caricature of a low budget, weakly acted film.
I might have given it an 8 but I gave Cats an 8 so no.
Epstein didn't kill himself

Giving Evil Dead an artificially lower score? Why do you have to be part of the anti-fandom, dilbert.

I have actually seen it though.
Epstein didn't kill himself

You're giving it a 7.5 because you don't want it competing with cats. Total anti-fandom.

I liked Cats better, boo hoo.
At least I'm not basing my opinion on other people's opinions.
Epstein didn't kill himself

Why do you have to hate on evil dead? Obviously you watched it biased with catsbrain.

I would give Evil Dead a 8/10. I never saw the other ones where he has chainsaw for a arm or whatever.

Since the Joker is obviously going to blow out the next Oscars, I decided to revisit my favorite Phoenix movie, Inherent Vice. It's based off of the Pynchon novel, Inherent Vice. Over two solid hours of scenes like this.

Out of all Evil Deads, I think Army of Darkness was the best. If you like practical effects, you should give it a go. Multiple cuts of it. First one I saw was the theatrical on VHS.

I think I tried the first Evil Dead and gave up after 10 minutes it was so bad.
Epstein didn't kill himself

AoD has more for a wider audience. It's basically slapstick and Harryhausen.

Since the Joker is obviously going to blow out the next Oscars, I decided to revisit my favorite Phoenix movie, Inherent Vice. It's based off of the Pynchon novel, Inherent Vice. Over two solid hours of scenes like this.
https://www.youtube.com/watch?v=4RPigjaVctQ

i have a lot of time for pynchon, i've read most of his stuff (though i think it's exclusively a young man's game ...), but i thought this movie was incomprehensible and awful.

some books are just not really adaptable to screen, convoluted postmodern japes like pynchon especially.

'the master' is a much better movie.

I didn't like Gravity's Rainbow. I think the book gets name dropped so often because of how difficult to read it is rather than how great the story is. I liked the Crying of Lot 49 though I don't think it is anything special.

I quite liked it, even though it was a bit tough for me to chew through (as his a lot of his writing for me). I really enjoy his style. It's what I wish my writing style could achieve. I feel like he has a very calculated way of being prosaic and poetic as the mood/tempo sees fit. It's quite literally writing as an art form, in my opinion.

I think it's name-dropped because Pynchon's name always gets mentioned when people talk about The Great American Novel. If you fancy yourself an American lit person, or try to run in those circles, you need to be intimately familiar with Pynchon's works.

Never read Crying of Lot 49, but maybe I will pick it up this weekend. I'm still trying to get through this Food Lab book I bought myself while Christmas shopping. It's not a book I need to read cover to cover in one go, so maybe I'll set it aside.

The author of that book (Food Lab- J. Kenji Alt Lopez)...i don't like his writing style at all, really.