Churn butter once or twice.

i agree. there should be an annual 'kill an amish' holiday.

The Amish are good people. A purely American phenomenon. What all Protestants should aspire to. They are a harmless and peaceful people.

The Hasidics meanwhile are exclusionary and rude. Why can't they be more like the Jehovah's witness?

These guys have integrated perfectly what are you talking about?

Maybe measles is god's will

it’s pretty distasteful to rag on a group of people because of their customary dress a day after a bunch of them were just attacked. are you really so full of hate that you find it strange people wear ... well, a suit and a hat and a hairstyle?

imagine what the aboriginals thought when your pasty lot turned up in their back yard with ill-fitting chinos and oakleys sunglasses! integration indeed!

there’s nothing about pluralistic democracies that says we all have to be nice and polite to one another. i’m sure there’s plenty of anti-sociality between, say, greeks and chinese in various suburbs of aus. but i guess that doesn’t count.

I dunno, the Greeks are quite well integrated, don't self-segregate, spend their lives in medieval attire and expect to be given dole to read and re-read The Iliad their whole lives.
They also don't mutilate their children and demand exemptions from animal cruelty laws.

I have no idea about the Chinese though.

a huge proportion of americans (relative to other countries) are circumcised for spurious medico-secular reasons. are you really going to start laying into jews because of the brit milah? jesus christ you are literally a raging anti-semite.

and, yeah, right, let's lay the animal cruelty card at a small religious groups' door, it's not like america isn't the land of the factory farm, is it? the secular world with its top-notch record on animal welfare.

I have no idea why Americans cut bits off their kids.
Epstein didn't kill himself

nor do i, but as an alibi for being an anti-semite, it strikes me as being particularly weak.

Well Americans do it so it must be OK then.
Epstein didn't kill himself

my point being, like elsewhere in this thread, that it's not a religion-is-the-root-of-all-evil matter. circumcision isn't going to disappear with the jews, and ignorance and bigotry aren't going to be dispelled from this world by the light of atheism. your understanding of the human animal seems to have topped out at age 17 with the 'religious people are dumbies' / 'science is the one true path' mentality.

Oh look, seems Americans don't know either, seems it was based on flawed studies of jews and now habit mostly.
https://qz.com/885018/why-is-circumcisi … in-the-us/

Apart from the profit motive there's no reason to in the secular population.
Really its something which should be phased out.

All being well its something which will only be practiced by cultists in the near future.

How the heck did this get turned into a circumcision discussion.

because, like all the other spurious practices, superstitions and unscientific woo in the world, dilbert thinks it will magically disappear overnight if we can merely 'disappear' the jews or ban organised religion.

It's such a weird supposition though. I've known religious people to justify it as something "most or all the men in their family have done, and don't want sons to feel different" or just "hygienic." They'd probably still feel that way even if religion magically vanished one day.

The practice may eventually fade into obscurity on its own through legislation, reform, and improved health, medicine, and education. Maybe then people can stop having to see foreskin restorations or whatever paraded around by mra as proof that the male gender is woefully oppressed.

The Passion of the Christ. (2004) The crucifixion of Jesus filmed like a early 2000's action movie. Is the trailer using the same song from Gladiator? Probably.

There was a lot of complaints about the movie being antisemitic when it came out. Almost a billion dollars of inflation adjusted box office antisemitism.

Anyway, the movie was extremely antisemitic and all defenses of it from Christians was either insincere or ignorant. I'm not just saying that because it's director Mel Gibson is like a cross between Dilbert (Australasian/Beer) and mine (Catholic/Substance Abuse) worst traits. I am saying it is antisemitic because the entire biblical narrative of the death of Jesus pins as much of the blame on the Jews as possible while minimizing the Roman's role. That is why Jewish people were so apprehensive when it came out. Christianity has thousands of years of antisemitism built into that expressed itself pretty recently in pogroms, the Holocaust, and Synagogue attacks.

This is also why the Jews, excuse me, some of the Jews like to promote atheism, Buddhism, Black Lives Matter, and homosexuality. They don't want people to investigate Christianity because they fear that it would turn people against the Jewish community as the writers and editors of the Bible intended.

The jews chose to have jesus killed and barabas released, is this in dispute?
Epstein didn't kill himself

No. That is a biblical fact. King Herod and Pontius Pilate both didn't think Jesus did anything to deserve getting executed over. The Pharisees had to pressure Pilate into it. Interestingly the Romans are also the first people who recognize the divinity of Christ after his execution. That isn't surprising though since some accepted him as a healer.

Basically the jews saw jesus as a threat to the strength of their cult and wanted him liquidated, hard whitewash that one I guess.
Epstein didn't kill himself

Basically the jews saw jesus as a threat to the strength of their cult and wanted him liquidated, hard whitewash that one I guess.

wow dilbert is just learning about the pharisees and the sadducees! it's like having a live stream to someone in primary school.

i suggest you read something about the history of messianism in the jewish religion next!

jesus was essentially the victim of a local power struggle in the region. there were dozens of jewish splinter groups and factions all coming to terms with the local power-politics, and accommodating to roman rule. a lot of healers, visionaries, prophets, messiah figures floating around that part of the world at that time. the jewish religion has been discussing the messiah for a long time, of course.

you talk about the 'jews saw jesus as a threat to their cult' almost as if you've forgotten the very basic fact that jesus was a jew. the dispute with the pharisees and sadducees was a doctrinal dispute between co-religionists.

I am sympathetic to Knee-cha's argument that Christian morality is just a rejection of the morality of their Roman occupiers. The fact that Christianity eventually became the religion of the Romans is the result of the effort of early Christians to find followers since they were getting nowhere among the Jews.

The Bible has a description of the Council of Jerusalem where the early Christians met several decades after the death of Christ to discuss how expansion was going and what the rules of the whole thing was. At the council the Christians explain how Jews were not interested at all in Christianity meanwhile the non-Jews were interested in it but didn't like things like circumcision, not shaving, and not eating pork. So the people at the meeting agree that from then on Christians didn't have to follow any Jewish customary law. Expansion really took off after that.

I mentioned in my post how the narrative of the crucifixion absolves the Romans of a lot of guilt. I can definitely see the narrative being edited by the early Christians to make the Romans seem more sympathetic since it was Romans signing up for the whole thing while the Jews were being standoffish still. Justifiably standoffish admittedly.

This all goes back to what I said about Christianity having a built in opposition to Judaism. Is it all a result of bitterness among some early recruitment officers? Probably. But a Jew would be dumb to not recognize it and not want to draw people towards something else. This is especially so if they manage to find that book by Martin Luther where he denounces all of Judaism. And modern Christians would be dumb to not realize that the Jewish community is only interested in us as a bulwark against the Muslims.

And modern Christians would be dumb to not realize that the Jewish community is only interested in us as a bulwark against the Muslims.

They're going to be pissed if they ever work it out.
Epstein didn't kill himself

they’re given charitable status in the UK so they must be good. 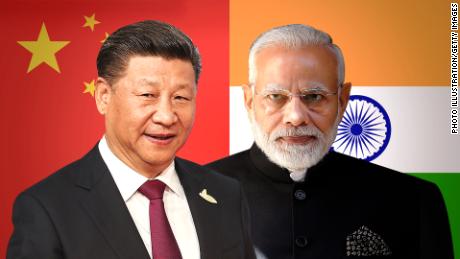 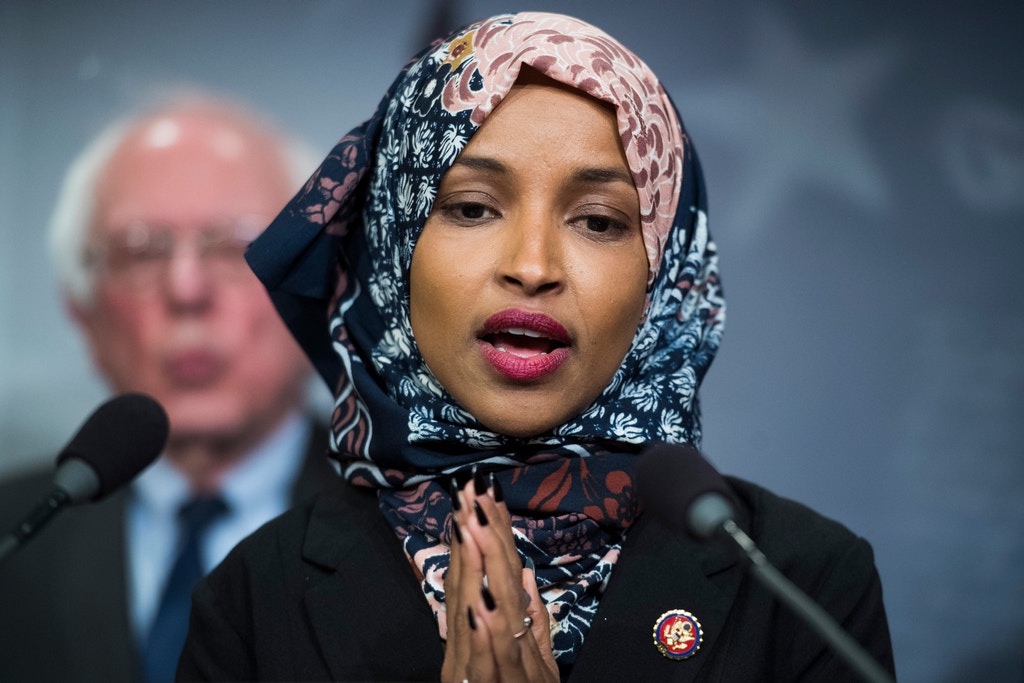 So you're advocating for muslim genocide? Got it.

My sister-in-law posts pictures of my nephew and niece non-stop across social media platforms. She also sends group texts and chats with the same fucking pictures. Last year for my birthday she posted a video of my little nephew singing me happy birthday. I don't even have facebook and she knows this. She's an attention whore who's life is defined by being a mom.

You remind me a lot of my sister-in-law.

Wow, truly disgusting. KKKen turned out to be the real racist after all.

None of these countries are practicing genocide by the way. The Chinese are just helping the Uighurs become better Chinese people. The Indians are just trying to make sure the Muslims integrate better in the Hindu nation. All I am suggesting is that we get Muslims to become nice little Catholics.