I would have given it an 8 but it was basically a mish-mash of The Stars My Destination and the Batman story adapted for olden-times so it wasn't really that clever.
Epstein didn't kill himself

You do know it's a book from the 1840s and there's been at least 15 different film and television adaptations. If you're talking about this version can I recommend this mini-series as its far more in depth and closer to the source material.

Rogue One felt more like Star Wars than ep7. I loved it

One neat little part was Jyn Erso's blaster was based on a Luger pistol, maybe a devious reference to the original blaster being based on a Mauser.
There's no reason why props need to be based on anything, they could be wholly original.
Epstein didn't kill himself

aren't all these franchise movies the studios' equivalent of abattoir slurry being pneumatically driven into bland-tasting industrial condoms?

they are money printing machines for Disney. there are worse things you can watch out there like Fast and Furious 8.

i read somewhere in one of the carrie fisher obits that she managed to get like a 0.01% royalty from the latest star wars movies and she knew she would never have to work for the rest of her life (not that she did anyway in this case, but you know).

aren't all these franchise movies the studios' equivalent of abattoir slurry being pneumatically driven into bland-tasting industrial condoms?

Of course, and yet they do have a bit of a narrative and, such as the Luger thing, a tiny bit of lore which is entertaining to us neckbeards.
Epstein didn't kill himself

Rogue one - 6
Pretty disappointing. The first half is a schizophrenic kaleidoscope of meaningless places and character which are never revisited or important in anyway to the movie. The main cast is completely unlikable, cliched and mostly irrelevant. The script/story was overly complicated for no reason and the action was overdone formulaic and ultimately unbelievable.

Not as bad as the other prequels but still built around the premise of selling toys to kids rather then a compelling story.

I really liked it, it started out a little trite and the science was very soft but both actors are very personable and it all flowed well.
The final part of the ending was just a little sappy, but the key part for me was the sentiments which weren't stated overtly - (I think the key to the key was a line in the trailer which I don't think was in the film) however paraphrasing Homer Simpson I don't need to go to the cinema to hear stuff which isn't said so I don't know.

I had no expectation or preconceived idea of how the plot went. I'm not a movie buff so I just go along to enjoy it, which I did. I'm hoping Star Wars VIII does away with the cheesy nostalgia that Star Wars VII had pretty much all through the movie, so for that alone I found this to be a plus.

a review i read somewhere made the good point that star wars is the most claustrophobic and limited 'intergalactic' universe of all time.

every film is practically obliged to be a rotating conveyor belt of nostalgic references, winks and tips of the hat, and the same 5 props.

"do away with all the cheesy nostalgia". it's amazing how the tiniest variation in the formula has people wowed. "dude, rogue one had an at-aCt walker! so cool!" never mind the fact those things are impractical as fuck and make no sense in the context of the combat of rogue one.

Of course they're going to have the same theme running throughout. But they milked that shit hard in VII. Like almost cringe worthy in parts.

not to sound like an asshole or anything but a theme is not the same thing. the great directors of the world are preoccupied with the same themes throughout their work. kubrick's movies are very different but they all have a theme and are unmistakably his. having the same 4 cookie-cutter characters, the exact same plot, borrowed shots, and the same 3 costumes and props is a cop-out. star wars could be so much bigger and they could develop their intellectual property so much. of course, they won't, because it's too big to fail. franchises of this size are as conservative as any cultural product can be. it's weird that people say 'rogue one' is this liberating new direction. i mean, really?

it's a BIGGER and MORE AWESOME version, duh.

not sure if anyone has ever questioned the military efficacy of these things yet, but hell yea they look awesome

the star wars universe is just so diverse!

I guess they did have vehicles that could be taken out with hemp rope and logs, but retooling bad transports and construction vehicles as assault platforms is a new level of suck for Star Wars.

Also that poster. It's like she's clinging to her collection of lifelike action figures while daddy Vader tisks disapprovingly from the doorway behind her shoulder.

the prequels were pretty different than the original trilogy or the newer movies. 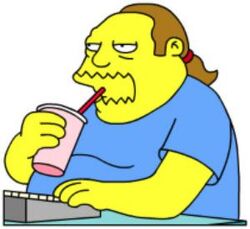 His concepts are almost OK, except they aren't even his.
Epstein didn't kill himself

His concepts are almost OK, except they aren't even his. 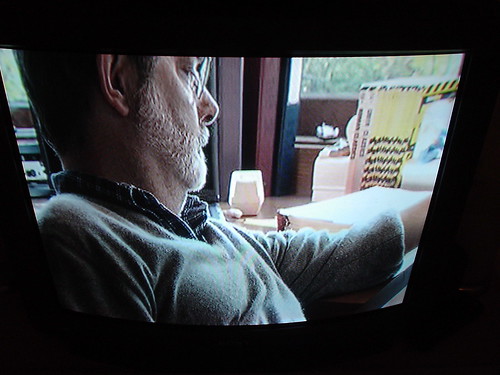 we know bro. check the post i was replying to above