Selling xmas trees at a farm of a buddy of mine during the holidays. 3rd year now. I'm getting way too old for this, my whole body is sore. but I don't do it for the money, just to hang with friends and bullshit.  The good news is that 5 of us pool tips and after 2 weekends we're nearing $800 in tips.

You should buy pot with the money 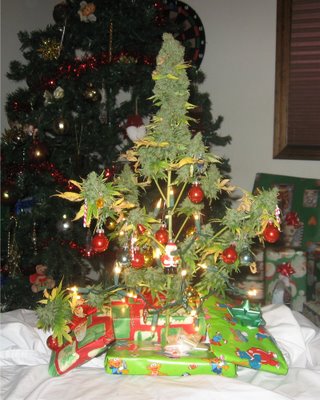 
Since we have a new director and Lucas is not involved, I think this will be the best Star Wars trilogy.

leave your badge on a table?

hey burnzzz, it was a symbolic sign of protest to bring attention to the double standard and increasingly rogue actions of the moderators at large. Or something like that.

My personal feelings on that were, "Don't let the door hit ya where the good lord split ya"

The mods from Finland and Norway were the worst. Those people are control freaks. Especially don't like Varegg. The mods from elsewhere were mostly fine.

I've never really been a target of moderator wrath so I view almost all of the moderators we've had here as reasonable to deal with. But yeah, we fuck up. I banned usmarine for three days for a pretty unfair reason and acknowledged I was wrong but he became difficult to deal with from then on out and didn't view me particularly well. Fair enough I guess but it didn't make things easy, especially as he was often in the centre of a few disputes.

It's been an interesting experience. I banned Lavadisk at the end of 2012 because he was making abusive posts and PMs as well as writing bizarre claims and conspiracy theories about the end of the world in 2012. Banned him 'till January 1st 2013 so when he came back he could be sensible. When he came back in October 2013 he let me know that he had been on DMT and me banning in him had resulted in him spending a month and a half in a mental institution. Got to say I didn't expect dealing with that sort of thing when The_Heart_Attack, (remember him?) asked me to be a moderator in 2006.

I'm kind of thankful that the population and activity has decreased to an extent where moderation isn't really necessary any more.

If I ever meet our esteemed host in real life I may feel entitled to a beer.
[Blinking eyes thing]
Steam: http://steamcommunity.com/id/tzyon

i banned some english tool for a week for reposting a video.  No ragrats on that one, even though he tried to haunt me over multiple platforms (including steam).

I banned miggle one time because finray duped an account pretending to be miggle and I was had.  Luckily OH stepped in and corrected it or else boy would I have egg on my face.

I think those are the only real bans/activities that I can remember.  I miss being able to laugh and argue with m3thod and uzi and topal63 and usm and gunslinger.  I don't miss that old hard-headed (and dumb) military-industrial complex beneficiary from the South who I refuse to name.

The golden age of D&ST

Who was that freakshow from I think England? He somehow obtained mod status one day and fucked things up royally before being banned. Can't remember his name.

I liked lowing. He was like the energizer bunny. Didn't a mod change his user title to "the rock liberals break themselves upon" or something like that?

Triggerhappy was certifiably crazy. He and KtotheIMMY were an item for a while and he ended up charged with assault for biting her.

Yeah they hooked up not long after Triggerhappy went nuts I think. They were together quite a while including when Chuy worked for DICE in Sweden.
[Blinking eyes thing]
Steam: http://steamcommunity.com/id/tzyon

Who was that freakshow from I think England? He somehow obtained mod status one day and fucked things up royally before being banned. Can't remember his name.

his name was Boris.  /slaped by boris

haha yes, Cam Poe.  I guess i just refused to put the bunny back in the box.