following the riotous/raucous/racialist success of my '(female) asian discussion thread', i bring to you the next installment in the series:

recognizing the infinite applicability and relevancy of such a fine news syndication and evidence vault, and also recognizing in due course that this resource is being linked to across the whole pomo gamut of threads here, i thought it would be best to collate all of macbeth's worldstarhiphop links for your contemplation and delectation, here.

i understand some of you may have complaints. yea, i hear thee, and i say NAY, NAY to you.

it is better that we have all of the posts contained in one easily scroll-skippable and ignorable thread rather than a glut of the (admittedly top-class) video journals, congesting the ordinary flow of common speech and parlez elsewhere. let us contain this great ill gift, and house it here henceforth in its own museum of bespoke wonder.

i wish you all way more than luck.
adieu. 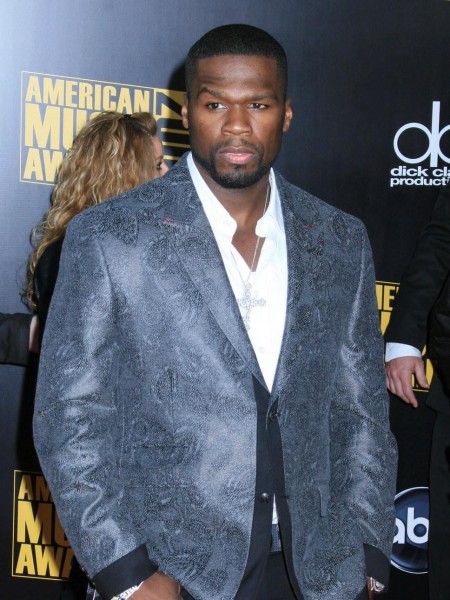 Does that say Dick Clark Producations AND the logo looks like a penis? Man knows what's up.

Op doesn't even have a video?

is this the thread for black people?
Small hourglass island
Always raining and foggy
Use an umbrella

It's the thread for Mac's racist tendencies.

is this the thread for black people?

Yes, this is the thread for black people. No whities allowed.

Aren't you the one who calls me the black Karl whatever his last name is?

To be fair, he technically did make it.  His choice of footwear is questionable though.  With regular gym shoes he could have easily cleared it.  That's actually pretty impressive.
Alpha as fuck.

Assume all links are NSFW. Click at your own risk. I went through 2 weeks of WWSH for you. I hope you enjoy.

A man learns that hard way that you should never put your hands on a girl in "He Hit Her For The Last Time: Up Coming Rapper Gets Beat For Hitting On His Baby Mother Since She Was 6 Months Pregnant In Milwaukee!"
http://www.worldstarhiphop.com/videos/v … U1KKjO5i36

I would have put this in the race relations thread. Black on white violence is a serious thing in "Mother's Day Rumble: Boy Defends His Mother & Sister After Watching Them Take Licks From Group Of Teen Girls Who Stepped Inside The Family's Home!"
http://www.worldstarhiphop.com/videos/v … BeG4H5GGFV

A man gets literally put sleep at 3:00 and learns that hard way that you should be careful who you touch in a club in "You Groped My B*tch? Club Bouncer KO's Man For Grabbing His Girl's Ass In The Club!"
http://www.worldstarhiphop.com/videos/v … 5h5gE373lt

A fight kid learns the hard way that a a teacher deserves respect when "Caught On Cell Phone: Teacher In Brazil Roughing Up A Student In Class After Talking About His Wife! (Gets Fired After This)"
http://www.worldstarhiphop.com/videos/v … sc1N8g7570

Nothing like a gay man screaming for help while "Woman Gets Attacked By 2 Pit Bulls & The Dogs Get Shot By NJ Police!". Also a woman tries to beat the dog with a stick.
http://www.worldstarhiphop.com/videos/v … Ek9BPjM5ro

Usually the employees aren't the ones fighting but in this waffle house they do in "Waffle House Employees Throw Down In Augusta GA! (Woman Gets Her Hair Ripped Out)"
http://www.worldstarhiphop.com/videos/v … N0141r6K65

When a cheated on girl grabs a bat you should run. Poor guy "Caught Cheating: They Beat A Grown Azz Man With A Belt For Cheating!"
http://www.worldstarhiphop.com/videos/v … j7HH0kYM4n

Now I have been called a racist before for linking WWSH videos but here are some white people. A female security guard learns the hard way that people with not respect her authority when "Female Security Guard Gets Hands On Her!"
http://www.worldstarhiphop.com/videos/v … 9CjnQu6nro

i missed this thread

we need an american EDM mega-thread

White people are fucked up.

don't put that on us. we don't have that shit here. EDM is a disgrace.

Because of you saying shit like that, I'm now very skeptical whenever I meet someone into electronic music. I can't tell the good music from the bad, so I just have to wonder WWUD.

this is only slightly related to worldstarhiphop and that culture, but i think it's an interesting model of america's relationship with 'real' or 'authentic' or 'underground' electronic music. let's take the story of this track:

made by an old-timer from the b'more house scene (kw griff). you have these (black or gay or xyz marginalized) underground electronic music scenes all over the country, and throughout america's history - be it baltimore booty bass stuff, chicago house and soul acapellas, detroit techno and machine music, new york ballroom/vogue music etc. but the above song is released on a leading UK underground label, night slugs, and the sound was only really popularized and made 'credible' to the mainstream listener because of the UK label championing that sound, and using its influences.

now you have skrillex and diplo dropping that (little known) track, made by an old-school baltimore guy that has been doing it for 10+ years, and released on some edgy, underground UK label (skrillex in particular always namedrops or plays this sort of uk-sourced stuff, because it has the pedigree of 'most cool'). now you have a bunch of white american EDM tourists at an expensive festival/event going nuts to it. now all of a sudden people are loving that sound. it took a UK label from south london and some huge multi-millionaire EDM dj's to bring america's knowledge of its own music heritage to itself. that's a weird world. wonder how many white 'edm fans' would jam to baltimore house before skrillex promoted it?

note: i don't really like that song. i'm not claiming to be a fan by posting about it. it's just a funny example of how out of touch most americans are with their 'real' electronic music scene and history. in europe we never had the end-of-the-70's turning point where disco/dance was declared "gay" and not macho enough for all the rockists and jocks. so we're fine with it.... and fine with being tasteful about it, too.

hardstyle is pretty popular in aus. and the demographics are pretty much the same minus the neo-nazis. lots of tatted up motherfuckers and shit like that. oh and police i guess xD

Take it to the music thread