Hockey seems to be gaining popularity these days. However, in certain smaller communities like mine, its going down a bit. Here’s a small guide to how hockey works these days, in Canada, at least, and why you should enroll your children or yourself in hockey.

Index:
For adults
The minor leagues
Finances and gear

If you’re an adult, then you should organize games with friends, in small leagues, or rent out the rink. If you do not play professionally you have to organize a minor game.

Alrite. Here’s where we have our options. Below is a list of the different “levels”, or leagues, and some introductions. The leagues go in order according to the lowest level of skill needed to enter. However, the lower skill level leagues are filled with players who have varying skill levels. Because when you play in a top notch league like rep, it requires you to move around a lot, and it is a lot of work.

Houseleague- Anyone can enter. This is the league where players join purely for experience, or to have fun. These leagues are often co-ed, and have many teams. However, they do not require a player to have large amounts of skill. Anyone can join. Over the years, many Rep players came back to houseleague because rep is very demanding and time consuming. In houseleague, fighting is illegal and checking results in a two minute minor. Majors, gross majors, and other penalties, and suspensions can and will be handed out for misconduct. However, houseleague is getting much rougher than it used too. But, as mentioned before, it is managed very strictly and the punishments handed out are the same as those in the NHL. Suspensions are’nt uncommon, and every team usually witnesses one or two of their players getting suspended a season, often for swearing at the refs. BTW, referee’s often make mistakes, but commenting on them has gotten many a coach kicked out. However, in this league, everyone plays an equal number of games, and almost everyone gets a shot at being the goalie.

Select- The next level of hockey. You don’t need to pass any level of hockey in order to make it to another level. However, to make it to any level higher than houseleauge, you have to try out and be good. That’s the only requirement. Select is a good league for skilled players enrolled in houseleague. It’s slightly higher up then houseleague, but revolves around houseleaugue, allowing you to do both. The rules are very similar here, except checking isn’t illegal. The occasional cross check from behind will occur due to a more aggressive playing style, so broken bones aren’t uncommon. However, they aren’t to common either. This league is competitive. However, that means that the coach doesn’t play everyone equally. He plays according to which player is doing the best.

AE- Relatively new, only in some areas. This is for people who are skilled at hockey and want to do something higher than select but lower than rep. However, there is a greater amount of travel than in select, so this league is basically mini-rep. It’s a good prep for rep, but the rules and playing styles are very similar to those of select.

Rep: There are three kinds of Rep. These are the elite teams. All the rules are the same, except some cities may have multiple teams. For example, Markham has two teams, the Wwaxers and the islanders. The Waxers do single, double, and triple A, but the Islanders only do double and maybe triple A. However, for some reason, the Waxers have been playing better. Rep is full contact, and is played pretty much by NHL rules. You also travel a lot.

Rep A- Starter Rep. For good players, not to hard to make the team.

Rep AA- This is where you have to be not only good, but skilled. You have to play hockey tactically, and having some special physical traits is very helpful. For example, if you’re speedy, or if you have a great aim.

Rep AAA- In this league, you need to be very good. Many AAA rep players are very nimble and can deke like crazy. The goalies are good at predicting plays and are very fit.

Finances and equipment: For house league, enrollment fees are often quite quite high. Same with the higher levels. For a small child, the cost of your full hockey gear comes to about 105 dollars, if you get a bargain. That includes shoulder pads, elbow pads, knee pads, jock strap, helmet, and skates. However, skates are much more expensive these days, especially good ones. When it comes to a stick, make sure you know the style of hockey it will be used for. If the person using it is powerful and has a strong shot, or plays aggressively, get wood. Wood sticks are heavier but quite durable and can get off a killer shot. For lighter players, choose fiberglass, composite, or aluminum. These sticks are quite weak, excluding aluminum sticks which are quite strong. All are light. However, the composite and fiberglass sticks are often hollow and can break easily. Composite sticks, though, are often the best choice for any player. Very powerful. Some sticks have wooden blades and composite handles, which are a good compromise, but the best are probably pure composite sticks. Mouthguards are essential. Although you should by your child a full mask helmet or a visor or half visor helmet, to protect them, you always need a mouthguard. It prevents you from having serious concussions caused by being hit hard and really lessens the damage caused by jarring sudden movements. These can be store bought or custom fitted. The custom fitted ones are made using a plaster mold. However the store bought ones are almost always the ones that attach to your helmet via a cord. These one need to be boiled for 2-3 minutes. Then, bite hard on them, and proceed to rinse in cold water. Do not wash in hot water afterwards or you will lose the shape. Also, you will need a bag. Wheels or no wheels are fine. People who hate wheeled bags are idiots. Buy whatever bag you want.

we have leagues here for adults and kids.  kthx. 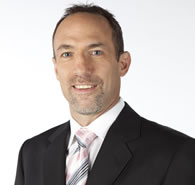