I'm saying one shouldn't get mad at (or consider themselves superior to) anybody else for what they prefer when it's a matter of complete opinion as I believe books, authors, music, etc. are. Someone thinks Beethoven is shit compared to Mozart? So what? Why look down on them like you're so mighty?

Newbie wasn't saying he likes or dislikes Dostoyevsky, he's reading other books and he's going to give them a fair chance to be read (with the same attention put forth) before he judges them against books and authors he already knows. (At least I think. Forgive me of course if I got that wrong).

We really need to have this conversation again?
"Ah, you miserable creatures! You who think that you are so great! You who judge humanity to be so small! You who wish to reform everything! Why don't you reform yourselves? That task would be sufficient enough."
-Frederick Bastiat

Well then, you have an interesting way of prioritizing what you read.
Xbone Stormsurgezz

I find it hard to read novel after novel after novel. I tend to pepper in light reading here and there just to break up the more intensive reading. I started doing that because I'd get burnt out and stop reading for weeks sometimes. For me it's a much better approach

reading good books and good art is difficult, no question about it. that's how it should be.
libertarian benefit collector - anti-academic super-intellectual. http://mixlr.com/the-little-phrase/

Well then, you have an interesting way of prioritizing what you read.

How so? It's like with my games and movies. I haven't gotten to them all yet, and am slowly making my way through them. Some come highly recommended by friends, family and critics. Others do not. Some from both groups I've been wanting to play/see/read for awhile on my own impetus, but haven't gotten to yet. Sometimes I'll get to one sooner than I'd planned, and sometimes later. Sometimes something completely new will come up that will keep my attention for awhile. Sometimes a particular game will catch my interest and be played over the course of a year or so before I put it away. Sometimes I'll get nostalgic and go through something again that I've already done.

What's so different about it? If I put down everything to go see/read/play something now just because a forum tells me to, I'd have no time to myself. Dostoyevsky's stuff doesn't have an expiration date. It's not going to burst into clouds of atoms if I don't get to it right away.

reading good books and good art is difficult, no question about it. that's how it should be.

Difficulty to appreciate/read does not necessarily mean that art or a book is good.

was that what i said? oh. i guess that wasn't what i said, after all. all i'm saying is that good/high art takes some concentration and actual thinking, i.e. hard work, whereas low-art is there for entertainment purposes, and lulls you into relaxation with its cliched lalations.
libertarian benefit collector - anti-academic super-intellectual. http://mixlr.com/the-little-phrase/

Oh, I'm sorry. I thought this was "misinterpret what everyone says" week.

it's cute when dilbert starts trolling trying to be provocative because i've wound him up or hurt his feelings. in 24 hours' time his tone will have reversed and he'll be arguing something in the opposite direction. what an odd quixotic man.
libertarian benefit collector - anti-academic super-intellectual. http://mixlr.com/the-little-phrase/

is the mona lisa a good or a bad painting? or is it all opinion?
the venus de milo?
beethoven's fifth?
hamlet?

do they exist as being objectively 'good' examples of their form? undeniably arch expressions of that particular type of art? or is it, still, down to 'personal opinion, man'? i'm intrigued. i really do find it hard to understand, from my perspective anyway, how someone could say with a straight face that hamlet is a bad play and mean to defend it, absolutely. or that the mona lisa is a bad painting. i do think objective good/bad exists. conversely it is obvious that some books are shit - and i don't even mean dan brown level. below that there are thosands upon thousands of books published that are just plain bad. awful writing, awful content, awful art. same with paintings. there is really shitty painting. same with music. there is some really shitty, unaccomplished and generally uncreative music. categories of good/bad exist in art. but that's just me, coming from my background with very heavy involvement and interest in aesthetics and formalism and the general philosophy of art. frankly i don't see how anyone can argue it any other way. the "it's just my opinion" thing is a total solipsistic cop-out. it's a rhetorical twist of argument that goes nowhere and means/says nothing except for the speaker's own head in the speaker's own asshole.
libertarian benefit collector - anti-academic super-intellectual. http://mixlr.com/the-little-phrase/

Its all opinion.
#FreeBritney

and all the hype and reverence for the above-mentioned examples are just old hipsters and elites and toffs and snobs getting together in one big upper-middle class conspiracy, right? this is how this whole 'proper taste' thing fits into your general culture-less gestalt, right?

Its all people's opinions, however you look at it.
#FreeBritney

yes, yes, but human epistemology swung back from the brink of relativism and solipsism in the 1900's. all of science is just human thoughts, too, mediated through our consciousness and shaped by our perspectives. that line of thought doesn't really go anywhere. you need some form to the chaos.
libertarian benefit collector - anti-academic super-intellectual. http://mixlr.com/the-little-phrase/

Which is better, a dog or a cat?

Objective answer, out of ten with justification.
#FreeBritney

Objective answer, out of ten, show your reasoning.
#FreeBritney

In general, every form of art it subjective.
Show the Mona Lisa to an African Punu tribe sculptor, or play Beethoven's Fifth to an Indonesian Gamelan musician and you suddenly get totally different opinions. 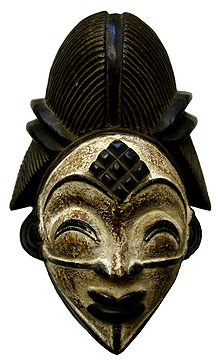 Although, certain characteristics of art are viewed the same by everyone, because we're all human and many basic brain functions can't be overridden by culture and education.

You can safely dislike Beethoven, the Mona Lisa and Shakespeare, and put it down to subjective personal taste. (ie, I don't really enjoy Shakespeare, Imma read Dan Brown instead)

You can say all of the above are 'bad', 'overrated', or '[insert negative adjective here]', if you base it on (relatively) objective arguments/knowledge.

But you cannot mix the two. You cannot say something is bad because you don't like it.

Walking around the Ufizzi bored me (the only excitement came from seeing famous paintings, rather than the paintings themselves), but I'm not going to sit here and say that Giotto, Boticelli, Caravaggio, Rubens, Rembrandt etc etc are all 'bad' painters, mainly because I have no grounds on which to do so.

Virginia Woolf isn't my cup of tea, but I still recognise the fact that she is a great author.


Anyways. Books. Recently read this, and thoroughly enjoyed it:

What does imperialism mean in the absence of colonial conquest and imperial rule?

Capitalism makes possible a new form of domination by purely economic means, argues Ellen Meiksins Wood. So, surely, even the most seasoned White House hawk would prefer to exercise global hegemony in this way, without costly colonial entanglements. Yet, as Wood powerfully demonstrates, the economic empire of capital has also created a new unlimited militarism.

By contrasting the new imperialism to historical forms such as the Roman and Spanish empire, and by tracing the development of capitalist imperialism back to the English domination of Ireland and on the British Empire in America and India, Wood shows how today’s capitalist empire, a global economy administered by local states, has come tom spawn a new military doctrine of war without end, in purpose or time.

It does a great job of quickly running through empires from Rome, Spain to current day, showing the common traits and how they evolved, and finishing off with a convincing account of modern-day imperialism. Well researched, short, very readable. Parts of it might be a bit repetitive if you have some knowledge of imperial history from before, but she goes through it so quickly, and only really highlights the bits relevant to her argument, so it's not really a big problem.

“A thought-provoking genealogy of empires throughout history.”
– Publishers Weekly

“The best articulation of the secular Left's critique of global capital.”
– Tikkun

“...a timely book...a powerful antidote to one of the afflictions of the interregnum, the belief that appearance is everything.”
– London Review of Books

“The most compelling account yet of imperialism in its current phase.”
– Robert Brenner


It's pretty left-leaning (as you might expect from a Verso-published author), which might scare some people off, but oh well.


Just ordered her latest book as well, 'Liberty and Property: A Social History of Western Political Thought from the Renaissance to Enlightenment'.