congrats All Blacks! I bet Ty is getting pissed drunk now Game was sooooooo fucking close and NZ was lucky that frenchy couldn't kick that penalty for shit in the second half lol. That was way too close lol

congats to nz, but wow they made it hard. france were the better side for basically the whole second half.

And I don't like dirty play, a knee to the face and a punch to the face were unnecessary.
Epstein didn't kill himself

I honestly don't know what to say. Given I am a wee bit drunk this makes it a lot harder. This needed to happen.

Richie McCaw needed to lift that trophy. I don't know how I can expand on that. A brilliant leader, a brilliant player, a brilliant man. McCaw deserved to be among the ranks of World Cup winning captains, as one of the greats among them as well. I don't think anyone can deny that.

As to the game itself - well to be perfectly honest France played the better game and deserved to win. I don't know where that team has been this entire World Cup but I can say with all honesty that my statement before that France were undeserved finalists... well it's still true but their performance tonight showed that they deserve a Hell of a lot of respect. But while France deserved to win the final, New Zealand deserved to win the World Cup.

We all knew it too, the whole time. France was playing better than the All Blacks. It was absolutely crushing. For pretty much the entire game my heart was in my throat and my legs were weak. It seemed that New Zealand still hadn't thrown off its 24-year fog and victory would once again be denied. It was easy to see how the pressure was caving the All Blacks too. Mistakes were made, Piri's kicking was terrible, we were losing ground in the kicking game and we couldn't break their defence while they were hitting ours with everything they had. France was absolutely incredible, the media dismissal, the insults, they used all of it to put on the performance of their lives. I don't think anyone believed that they had such a performance in them.

But the All Blacks did. Their rhetoric wasn't just words, they meant it when they said the French could be the best if they wanted to, they meant it when they said they were taking the game with all seriousness. They weren't just saying it, they knew and when it came down to it they weren't shocked into submission. The deadly question that has killed them on other ocassions  - "what if we lose?" - threatened to rear it's head but never quite did. The steely resolve and utter determination won through while they managed to pull off just enough success to deny France victory. And through the most unlikely sources too.

Big prop Tony Woodcock's try was fantastic and seemed to suggest exactly what the media has been saying; it was going to be a walk in the park. But due to Piri Weepu's unfortunately woeful kicking there were no more points to be had and Woodcock's try wasn't enough to win the match. That came down to someone else.

I have to be humble here. I was so very wrong. You wouldn't believe it though; when Carter was injured and Aaron Cruden was brought in to play the general concensus was "at least we're not bringing in Stephen Donald". When Mils Muliaina and Colin Slade were injured in the quarter finals and Donald was announced as one of the replacements we were crushed - I said it here, Stephen Donald is a match-loser. That cartoon from Tom Scott I posted before accurately depicted the nation's worst fears; Stephen Donald determining our fate at the World Cup final. When Cruden was injured we all knew what was coming; Donald had to be subbed on. It seemed the nightmare was coming true.

Who would have thought that Stephen Donald would score the match-winning points? This is the stuff movies are made of. The player shunned by all for past woeful performances given one last chance for redemption, (as Donald's playing career in NZ is over now as he heads overseas,) on the most important stage there is and he fucking does it! I will never ever again say a bad word against the man. Ever.

The mood here is incredible. I've never felt anything like it. I was at one of the main pubs next to the fan central here in Wellington. Completely packed, full off ill-looking New Zealanders. When it looked like one point would be enough the place erupted. I think I almost dislocated my jaw with how I was yelling. It's difficult to describe the utter elation. Continual cheering throughout the presentation, especially for a still very ill-looking Jock Hobbs who worked so hard to ensure the competition was held here in NZ. Massive cheers for McCaw, Brad Thorne, Graham Henry, the injured Mils Muliania and Dan Carter, Aaron Cruden hobbling on crutches and a massive cheer for the most unlikely of players, Stephen Donald. The celebration spilled out onto the streets, the amount of thrilled people actually blocking traffic - not that the cars minded with the jubilant honking. Through no organised plan fans shut down one of the main streets and it turned into a street party. Impromptu hakas everywhere, strangers hugging, continual cheering, fist-pumping, tears...

I've never been prouder to be a New Zealander.

Back row are on a platform

I was at darling harbour when they put up big screens showing the game, with lots of AB and French supporters, when the ABs won I have never seen any group of people this happy on a sporting event I bet theyre feeling just like you right now Ty

So glad to see my favorite team win! Congrats to the All Blacks! Wearing my All Blacks Jersey at work today to celebrate. Screw the dress code! 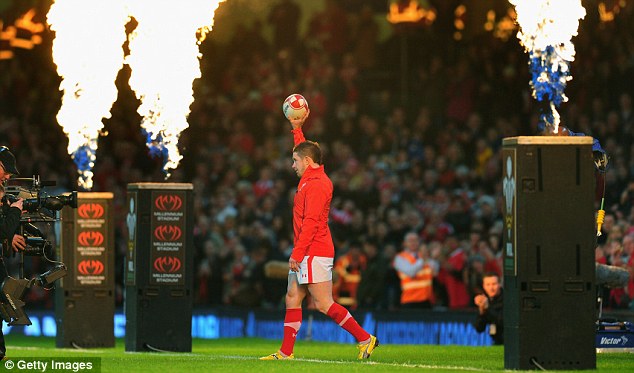 I created a Rugby Union discussion thread ages ago. Never really took off. Be happy if I had someone else to talk rugby with.
[Blinking eyes thing]
Steam: http://steamcommunity.com/id/tzyon