why do you need gameplay footage, you've seen the same gameplay over and over for about 5 iterations now.

yeah, well, in cod1/cod2, even (and especially) in pub play, everything was coloured. lots of formatting options. a nice overhang from the quake/unreal era, i guess.

All the same, CoD4 was the last truly good one I've played. 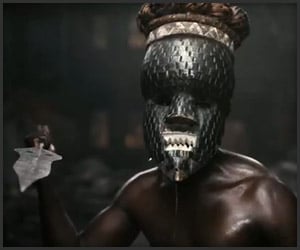 yeah, well, in cod1/cod2, even (and especially) in pub play, everything was coloured. lots of formatting options. a nice overhang from the quake/unreal era, i guess.

All the same, CoD4 was the last truly good one I've played.

it seems good now, from our modern perspective, because it has got SO shit. but back then i remember a lot of CoD players hated cod4 (me included). it felt like a huge watering down. it was the first truly console-focused CoD game. it just so happened to be decent for PC as well. the competitive community for cod4 always felt like it was 'making do' with a gimped game, compared to PC-centric 1/2.

what's funny is that nowadays on places like 4chan/reddit, the 'leet gamers' will talk about cod4 like it's ancient, and some historical thing they can refer to in order to prove they are 'old-school and hardcore' cod4 felt like a doomsday gaming-is-over-now thing even back then. it reminds me of the same effect people have now when they hate the latest WoW expansion. i'm like "hello? we were noticing this downward trend 5 years ago. just you noobs were flattered by it when it still suited you".

I remember CoD4 being really easy in comparison to 2, especially. Carpet bombing and helicopters getting you free kills, the ability to flash a room instead of having to charge in headlong, UAVs telling you exactly where the enemy is unless they have ___ perk, some of the perks themselves. Never really was a fan of sniping in MP either because you're lucky if a map had even an intermediate distance where a scoped rifle MIGHT be appropriate over an assault rifle.

cod4's maps all sucked, yes. it had no 'classic' or addictive maps. cod1/cod2 had so many fantastically designed maps.

did it work in all aspects of the game though? i thought it was just the scoreboard. in cod1/cod2 the colour-codes would show in everything that was displayed with the player-name in-game, including the kill-reports. for some reason i distinctly remember there were changes made in cod4 that made it immediately less fun for team/clan-play. ditto with clan-servers. could you have coloured server names in the server browser? i honestly forget. that was another neat thing that helped a team form a community/identity, as strange as it sounds.

I'd be interested in this game but I already played the prequel:

I can't tell if its set in a post-apocalyptic world or not.

Spoiler (highlight to read):
That's dog's going to get killed I just know it

didn't they say at the launch conference that a) it's a complete new engine and b) there will be dogs?

they said that then showed off some unimpressive arms

that was fucking hillarious , almost rofled irl would watch again if my abs werent killing me and crying like a bitch , srsly a fucking dawg x'D

i never realized americans said 'call of duty' with such a dumb accent. when you hear it back to back like that... ahaha.

lol. it disturbs me a little that you have such an intimate knowledge of children's films.

And it's better than Prometheus or Jack Reacher.

what are those? havent seem sound shit...