Nick and Justin would make a cute couple
♥ 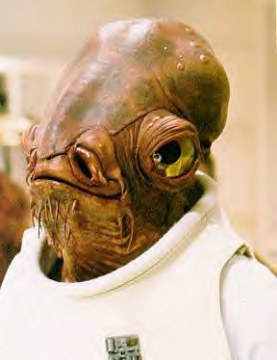 MONROVIA - New tobacco shops are being smoked out for now by an urgency moratorium the city imposed last week.
After several residents expressed concerns, the City Council voted 4 to 1 to impose a 45-day moratorium on the licensing of new smoke shops or tobacco stores. The temporary ban does not affect existing businesses and will allow city staff to explore what permanent restrictions can be imposed on new shops in the future.

"Our concern is what they sell and ... how we are responsible for it," Mayor Mary Ann Lutz said. "I'll use the example of topless bars. We cannot ban those outright from our city but we have the ability to say where their businesses can be placed."

There are currently two tobacco shops open in the city. A third shop at 512 S. Myrtle Ave. received its license last month and is expected to open soon, said Craig Jimenez, the city's planning division manager.

"We're looking at right now what the different options are, how state law regulates these uses," Jimenez said. "We need to make sure any regulations we put into place are not in conflict with state law."

Those who work and live in the city have mixed views on the subject.

Resident Pam Fitzpatrick, owner of Dollmakers in Old Town, said she supports the moratorium and hopes that further restrictions will be put in place.

and pipes that can be used to smoke marijuana or other illegal drugs at these shops.
Most area smoke shops sell spice - which is said to make users high - to adults.

But Omner Meza, who works in Old Town and buys his cigars in Ontario, said he didn't understand the fuss.

"If (their products) are all legal, what's the problem?" he said.

"Why don't you just ban 7-11 because they sell alcohol?" he said. "Teenagers or young minors can purchase this illegally."

Resident Jamie Holes said she was also concerned about "drug paraphernalia" winding up in the hands of children. Holes argued that spice is harmful and has resulted in emergency room visits and negative side effects.

Manufacturers have been changing one or several molecules so that these compounds are no longer illegal.

"The problem is these compounds - the ones they have outlawed - were making people sick," Hunt said. "Who knows what will happen with these derivatives that have been created."

But Rick, an employee at Gift Shop of Exotic's LLC who declined to give his last name, called the desire to put restrictions on tobacco shops "Orwellian."

"We have enough Big Brother already, don't we?" he said.

The City Council will likely be given the option to extend the ban further and ultimately will be presented with options to amend the city's ordinance. A public hearing is expected to take place next month on the matter, Jimenez said
Tu Stultus Es

i'm so glad i've lived next to a luxury car dealership for 2 years so i got over my period of being impressed by fucking dumb cars almost immediately
libertarian benefit collector - anti-academic super-intellectual. http://mixlr.com/the-little-phrase/

i live next to a police heliport
Tu Stultus Es

well, not right next to it
Tu Stultus Es

do you go around taking photos of helicopters all the time? do you have a favourite helicopter designer?

in the words of charles bukowski, you people are already dead. your minds are full of fucking cotton.
libertarian benefit collector - anti-academic super-intellectual. http://mixlr.com/the-little-phrase/

i would never have a 'genuine interest in cars' because i'm not a fucking massive idiot. it's a car. there's more to life than a car.

"There's nothing to mourn about death any more than there is to mourn about the growing of a flower. What is terrible is not death but the lives people live or don't live up until their death. They don't honor their own lives, they piss on their lives. They shit them away. Dumb fuckers. They concentrate too much on fucking, movies, money, family, fucking. Their minds are full of cotton. They swallow God without thinking, they swallow country without thinking. Soon they forget how to think, they let others think for them. Their brains are stuffed with cotton. They look ugly, they talk ugly, they walk ugly. Play them the great music of the centuries and they can't hear it. Most people's deaths are a sham. There's nothing left to die."

i feel that exact way about people that obsess over owning a BMW or bragging about cars they have driven on facebook. fuck me.

and favourite car designer was a bit of a poor choice of words, i don't know many car designers so it doesn't mean much, but he designed my favourite car and i've been loosely following his work for a few years and i like what he does for the most part

oh yeah, i don't mean that, i mean the quality of the wraps seem poop most of the time
♥

and favourite car designer was a bit of a poor choice of words, i don't know many car designers so it doesn't mean much, but he designed my favourite car and i've been loosely following his work for a few years and i like what he does for the most part

yeah but the sad thing is you've probably been following a car designer or fashion designer more these last few years than anything with any considerable substance. have you been following the work of umberto eco over the last few years? or any other significant thing? or is it just all overpriced italian jeans and cars driven by extras from the only way is essex. sounds like settling into a career of being a consumer mong to me.
libertarian benefit collector - anti-academic super-intellectual. http://mixlr.com/the-little-phrase/

I'm so glad I drive a dented-up minivan. Can't get much more apathetic than that. Enables me to let my road rage flow freely without having to worry about fucking up my own car in the process.

well i don't let those things consume my life

what you mean is you're Dauntless happy
♥

That front yard is nice and shady.
x

i'm just glad i don't have a favourite car designer. or drive around with a handycam ready to take some sweet models and plates down. that would be an early indication that the only thing i should be filling my head with from that point on is .45 calibre rounds.
libertarian benefit collector - anti-academic super-intellectual. http://mixlr.com/the-little-phrase/

In the end, Andros, on the orders of his former mentor, would be forced to kill Zordon (by smashing the column that contained him) in order to defeat evil once and for all by unleashing a power energy wave that washed across several galaxies. Zordon's energy wave purified Rita Repulsa, Lord Zedd, Divatox and Astronema and turned all the other villains to piles of dust.