Dunning-Kruger effect in action, Mao was a moron who thought himself exceptional.

France and Germany are going OK-ish.

france is just as bad as the UK for a certain type of elite groupthink, just they all went to elite political finishing schools like ENA. if you think the average french person is any happier with the way that macron et al are guiding their 'ideology-free' (LOL) technocratic utopia towards universal happiness, then look to the response of the gilet jaunes to their utterly cackhanded fuel taxation policies, for e.g. germany is similarly in thrall to giant real estate companies and a self-serving business elite, though its constitutional make-up and electoral system are better-equipped than the UK's to counterbalance these special interests, i'll give you that. but all i see there is evidence of tribal cabals with MBAs and master's degrees in public administration ruling in their own self-interests – much as you accuse any other 'tribe' of doing.

mao wasn't the only 'rationalist' guided by scientism who led to mass famine. the soviets did it first. the pattern was repeated, avoidably, in south-east asia. many right-wing militarist dictators in latin america tried to incorporate systems theory and cutting-edge 20th century 'rational' technologies to better build-up their command economies. it didn't work. that's because society is guided by just as many unpredictable, irrational forces as by entirely rational, logical processes. this stuff has been the pipedream of twonks like you and stafford beer for centuries, going all the way back to the original bloodthirsty jacobins and their 'cult of reason'.

the point being, generally, that society has been led off the precipice on any number of occasions by supposedly ideology-free 'experts' or outright ideologues. any time anyone turns up with an ideal to be sought-after or a one-size-fits all theory-of-everything, it leads to the very worst forms of inhumanity. that's because this human business is itself messy, imperfect, improvised; and people with their shiny theories prefer to trim the fat and ugly bits that don't fit into their schemas. that normally means someone suffering or, worse, ending up in camps or starving to death whilst the uncaring authorities watch on and tweak their charts. 'move over and just give my group the keys, we'll do it better this time' is dunderheaded thinking.

after the long 20th century of every sort of totalitarian government, with 'scientism' and 'technology' as their handmaidens throughout, it's clear that elevating science, or engineering, to some podium of 'disinterested, objective' leadership is foolishness of the highest order. your scientific experts are also people, with egos, interests, greed, sin, folly: they're not impervious to all the pitfalls that have befallen every other type of leader throughout history. science and engineering are very narrowly defined practices with a limited scope and methodology, not all-encompassing philosophies of life or systems of government. human societies cannot model themselves after mechanical engineering. it is inane.

better governance involves more participation, more dialogue, and the construction and continual refinement of better consensus-making processes. unfortunately for you – and, pace marx, who you just historically abused above with your technocrats thing – that means bringing in the majority classes who do all the fucking groundwork in society, that hoary old cliché of the 'dictatorship of the proletariat'. a truly just and equitable democratic society would involve just as many migrant janitors, working three jobs and at peril of being deported, or second-generation immigrants, as it would involve committees of eggheads from imperial. but you don't like that thought, of actually involving the 'unseemingly' mass of opinion in your little expert's paradise. 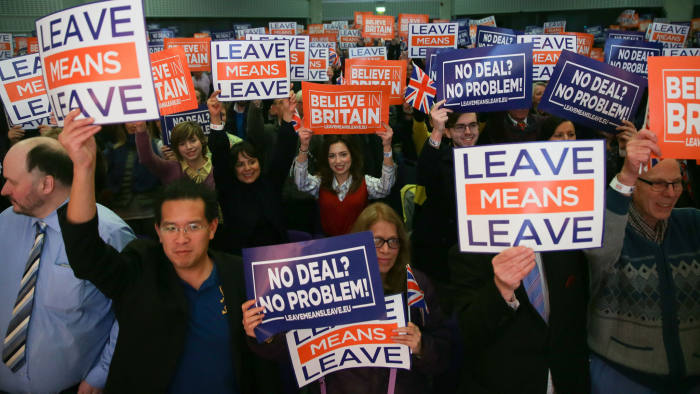 if you think the only form of 'participatory politics' and 'consensus-making' is snap referenda designed with a two-word, yes/no, in/out solution, then think a little harder about what i'm saying.

i'm not saying we should execute all intellectuals and experts like pol pot. i'm saying we need a balance of experts. i am not advocating for direct populist (mis)rule; i'm saying we need better representation, better dialogue, better processes. that's the future of better governance, not 'your group sucks, my group has all the right answers, let us take over'. that never works. engineers are NOT a class of enlightened despot. you yourself have evinced several 1000s of posts here that show fully well how you would be a fucking terrible politician in just about any modern, pluralistic democracy. your own 'enlightened' god-brain is as leaky as a sieve when it comes to actual reason and intelligence on so many topics. you are purposefully ignorant or otherwise illiterate on any number of social and political questions. evidently knowing your way around a lathe has not equipped you to deal with complex, nuanced, grey-area problems of human conflict and negotiation. politics is about compromise not binaries.

There's no political system which deals well with 'nuanced, grey-area problems of human conflict and negotiation' and is simultaneously able to get important things done.

Really there's no political system which does anything useful at all.

riiiight. great analysis. systems must change and adapt to their moment, not sticking to ancient constitutions with a near-religious biblical literalism is just one way that a society can adapt to ensure it remains fair and equitable, for instance.

clinging to past traditions for their own sake or mystifying discourse with faux-scientific nonsense like evolutionary biology certainly doesn't help to uncloud the waters. clear-thinking and good faith reasoning, which means actually listening to experts, be they historians or scientists, can also help guide us in our processes and norms. you'll probably have a more accurate assessment of society when you drop all that bogus race science that you cling to out of emotional necessity.

there certainly can be no perfect system or a system that delivers a great result to everyone at all times. but the process and attempt is important. you just want to hand over control to the type of chap that you quite agree with, and write-off all the rest of the misery and injustice that comes with it as 'oh well, it's the natural order of things, human nature can't help helped'. it's vague, self-mystifying, cod-scientific bollocks. the underlying and entirely self-serving implication of it seems to be that you seriously think that engineers or their technocratic peers are the 'vanguard' of human intelligence and our 'most evolved' social form. that's hilarious and narcissistic to the n'th degree. why engineers, anyway? why not crypto-bros? fintech experts? nanobiologists? quantum physicists and astrophysicists? why aren't they the natural philosopher-kings in this system of yours?

Give an example of a system which works at every level.
Русский военный корабль, иди на хуй!

no human system works at every level. you're the one who thinks there is some scientific, or scientist-led, solution to this problem. there isn't. there is only ongoing and continual negotiation, improvisation, pragmatism. which means being adaptable to change and responding intelligently to crises as and when they arise, within an historical perspective.

meanwhile you're lost in victorian darwinist mumbo-jumbo and seem to want to repeat the technocratic mistakes of the last 120 years.

make a good point for a change?

OK, so you've got nothing, just some fantasy where everyone negotiates, agrees and happily gets on with it.
Русский военный корабль, иди на хуй!

erm consensus-making and negotiation is literally the cornerstone of liberalism, from kant's 'sensus communis' through to habermas's concept of communicative action. this isn't me just spitballing with vague terms here: i'm literally citing the theoretical underpinnings of the last 300 years of liberalism.

Thats great and all so give me an example of it working in practice - not in a book.

I can't think of one which

a) Works at every level, if any

b) Doesn't get hijacked by nuts with an agenda

No system is 100% and foolproof.
hold police accountable for crime and misconduct

Thats great and all so give me an example of it working in practice - not in a book.

I can't think of one which

a) Works at every level, if any

b) Doesn't get hijacked by nuts with an agenda

liberal democracies have been more or less stable with this model for centuries. the form and institutions work, but the content is surely due for a change.

dialogue and consensus-making are a helluva lot better than the authoritarian solutions put forward in the last century by ideologues and technocrats who had all the answers and only needed to get rid of all those inconvenient dissenters in order to implement them, etc, etc.

the well-worn witticism of churchill treads lamely into mind here: "democracy is the worst form of government – except for all the others that have been tried.”

Liberal democracies have failed at most levels, the world is in crisis and no solutions are even being considered.
Русский военный корабль, иди на хуй! 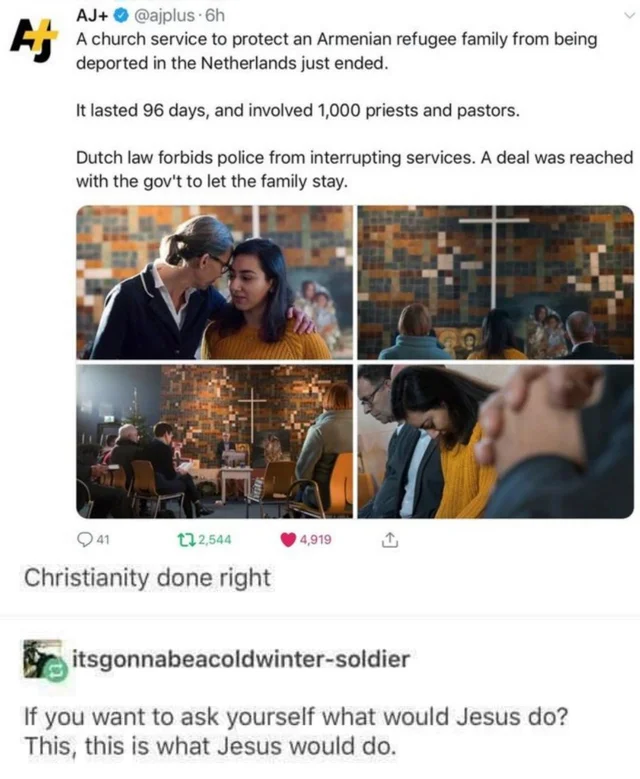 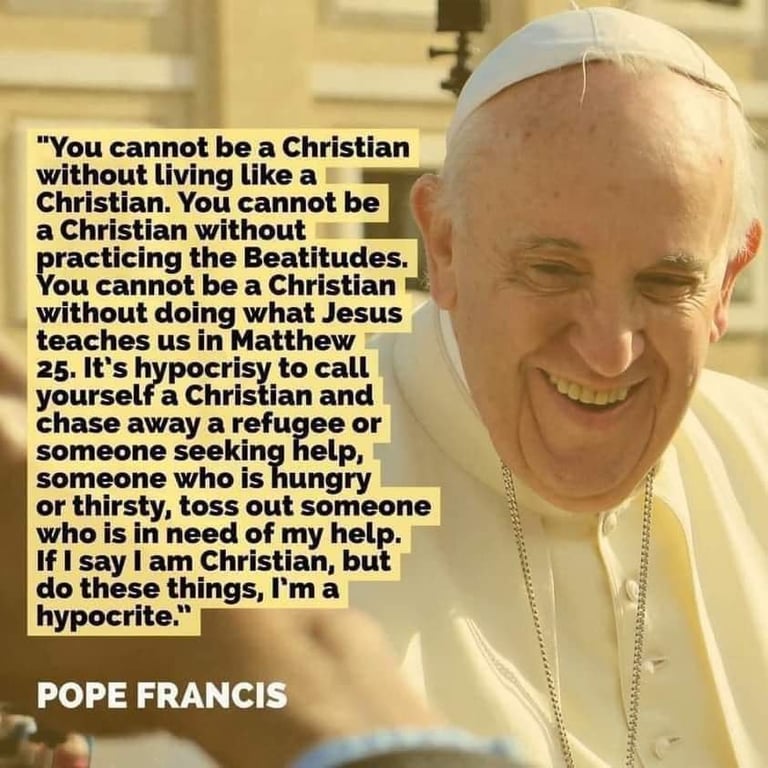 Religions have a long history of subverting democracy.

lmao. a church helps a refugee and gives sanctuary and your takeaway is ‘religions are bad for democracy’.

sometimes systems are unjust. sometimes a piece of legislation or law produces an iniquitous result. that’s what moral conscience is for. try and understand, you who makes a fetish of a supposedly perfect and smooth-running technocracy.

So take it up with the govt, create an activist group, don't just subvert the law because it annoys you.

there are already dozens of human rights groups doing just that.

not that you actually support them in their endeavours, tending to cheer-on priti patel in her smear campaigns.

the church is an extension of social organisation and community. just as valid for a congregation to act collectively as for a legal rights group.

Patel is a pro-zionist nut.

Setting aside good or bad examples, law in a western democracy can be malleable, open to interpretation and change.

The word "subvert" itself can sometimes be taken in a positive light. I'm glad some of our dated values have been subverted by modern norms. Established social values are not always Good.

Regarding law in general like some sort of fixed thing, the ten commandments, sounds mighty religious. Don't eat bread on a Saturday morning without brushing your goat.
hold police accountable for crime and misconduct

Patel is a pro-zionist nut.

Groups shouldn't be subverting the law in a democracy.

i agree, civil disobedience and protesting against unjust policies is reprehensible.

ironically priti patel has passed major legislation that attempted to make protesting illegal. you and her have a lot in common.

What do I have in common with Patel? She didn't get her protest law through, bad luck.

Seems like a stupid law, Police can't detain someone during a religious service, I guess that will be changed.
Русский военный корабль, иди на хуй!

no they're not, civil disobedience is literally a form of protest. read thoreau, he outlines it and gives the classical definition which americans rely upon for their notion of 'democracy'.

the church has a long history of giving sanctuary to the dispossessed, needy or persecuted, especially from forms of tyranny or despotism. it goes all the way back through the medieval ages, where 'worldly' powers could not enter church grounds.

it's not like the church is undermining democracy in any sort of systematic way. they saw injustice and called it for what it was, using collective action. i honestly don't know of any better function of religion in this world than that.