hold the people that commit the crimes responsible, it's not a complicated concept. annihilating the agrarian poor and the owners of modest hostels and restaurants really seems like a good penitence for institutional white-collar crime.

the whole point rather is that no one learns and no one heeds any attention, because the people cooking the books know they can get away with it.

Yes, but you can also ask yourself how that would've helped. Was it the banks' fault Greek government bonds became worthless? Should the responsible politicians have been jailed? I'd say yes, but that would not have changed the worthlessness of the bonds.

The government being the international representation of Greek society as a whole, its budget derived from taxation and spending in Greek society, action to rectify its financial imprudence would unavoidably impact the average Greek. This isn't shilling, it's the truth. It doesn't reflect negatively on Greek citizens but the failure of their collective government was their burden to shoulder. At least in part.

shilling is the part where you made out that the left-wing government were solely responsible for the state of greece's finances, or the generations-long culture of official corruption and giving favour (they hadn't even had 20 years of uninterrupted left-wing governance prior to the crash, so your selectivity is all the more blatant). your portrayal of europe as the instrument of fiscal (and thus moral) rectitude, tut-tutting at the corrupt left-wing national government, is a bit of a punt.

It was less than a month ago that the U.S. was experiencing record low unemployment. Now we just had the largest jump in unemployment in history with almost 4 million new claims.

What is really unfortunate about this crisis is that a job's program can't even be put into place because we can't have people close together. The only solution is a UBI at this point unless we commit to losing a portion of our population to the virus like republicans are suggesting.

shilling is the part where you made out that the left-wing government were solely responsible for the state of greece's finances, or the generations-long culture of official corruption and giving favour (they hadn't even had 20 years of uninterrupted left-wing governance prior to the crash, so your selectivity is all the more blatant). your portrayal of europe as the instrument of fiscal (and thus moral) rectitude, tut-tutting at the corrupt left-wing national government, is a bit of a punt.

I said it started with the greek government committing fraud for over a decade. This has nothing to do with depicting the EU as an epitome of moral and fiscal prudence. It's a point on a government consciously deceiving its closest allies. Which in itself is bad enough, worse yet if it helps plunge an entire union in disarray.

Don't try and imply that I am blind to the faults of the union or the role of bankers in the financial crash because I didn't explicitly mention all possible contributing factors to the crisis. It's a weak attempt to obfuscate the moral low, the criminality, of a deeply troubled government. I ask again, how else should the other countries have responded, knowing the context of the situation they were in? Was it really such a great idea to pump money into that system? Beyond plenty theoretical objections there is no way anyone could've sold that concept in the rest of Europe. A massive budget was already being pumped into buying debt securities, funds that were paid for by the richer north. Sure, we can hold a discussion on solidarity and the changing regional and global concentration of capital and about the inherent unfairness of it all, but the fact of the matter is that we still live in a world of nation-states where few people are willing to bend over for other's interests. Not in the least if that is in the interest of a government that engaged in deceit. Nor was kicking Greece out of the monetary union acceptable (another possible solution), as that would've irreparably damaged the foundations of the Union and the trust countries can place in its institutions. Which, yes, is much more important than one member state's financial fumbling.

Even if we were perfectly capable of assigning blame with certain individuals and institutions and 'bring to justice' the key individuals, it would not have solved the crisis or prevented the greek citizenry from incurring financial blows. But the specific systemic causes of the financial crash and the eurocrisis between 2008-2012 were definitely addressed. That sort of mortgaging and trading is no longer permitted and that specific scenario in the union happening again is now highly unlikely. Yes of course there still definitely are flaws in the system (for which it would be hard to pinpoint specific individuals as guilty) so in the future we'll keep plodding along tumbling from crisis to crisis and dealing with the causes as they are exposed and become unmanageable.

I should add something to that last point - there's a set of 'intellectuals' who seem to be under the false impression that they figured out things noone else has or see things noone else sees, namely that the systems we live under have fundamental flaws and an almost inherent inequality to them and that crises about X, Y or Z issue is inevitable. They then propose 'revolutionary' revisions of capitalism or radical change, or keep to lamenting the supposed unsustainability of it all. The point I'd like to make to that is that the fundamentals of the capitalist system we have today were laid and invented (or sometimes just happened) in the age of colonialism, survived napoleon, survived the age of revolutions, two world wars, the soviet union, and a number of depressions that make our contemporary financial woes seem like lighthearted jokes. Evidently it's extremely resilient and not going anywhere. It certainly won't be impacted by some 21st century professor somewhere yet again regurgitating Marx's eternally decomposing corpse for the millionth time in the last 200 years. There's a naivete to it, but I guess those people have their role to play as well.

Ever so slowly, but surely, we'll deal with crises when we get to them and tipping points are reached. The global poor will have their moment vs the global rich and we'll figure out a way to deal with the next financial crash. It just doesn't happen overnight. People need to read a little more history and learn to be a little patient.

wow marxist professors have never before realised that capitalism is resilient. i am writing a letter to the TLS right now!

i'm not even left wing, by the by, and far from marxist. i'm just tired of dipshit centrists pretending 'the end of history' is a fact and all we have at our disposal now is meliorism and incrementalism. 'plodding', indeed, with a very small field of possibility. the same people who gloss over the gigantic social changes and movements of the 20th century with comments like 'capitalism survived two world wars'. did it? did the form of 19th century capitalism 'survive' those wars in any really intelligible way? the huge social democratic compacts made after weren't a change to the status quo at all? how comforting it must be to look back over history and just see a gradual smoothening out to your own 'inevitable' centrist politics.

we've found the winning formula now, get onboard, sucker! 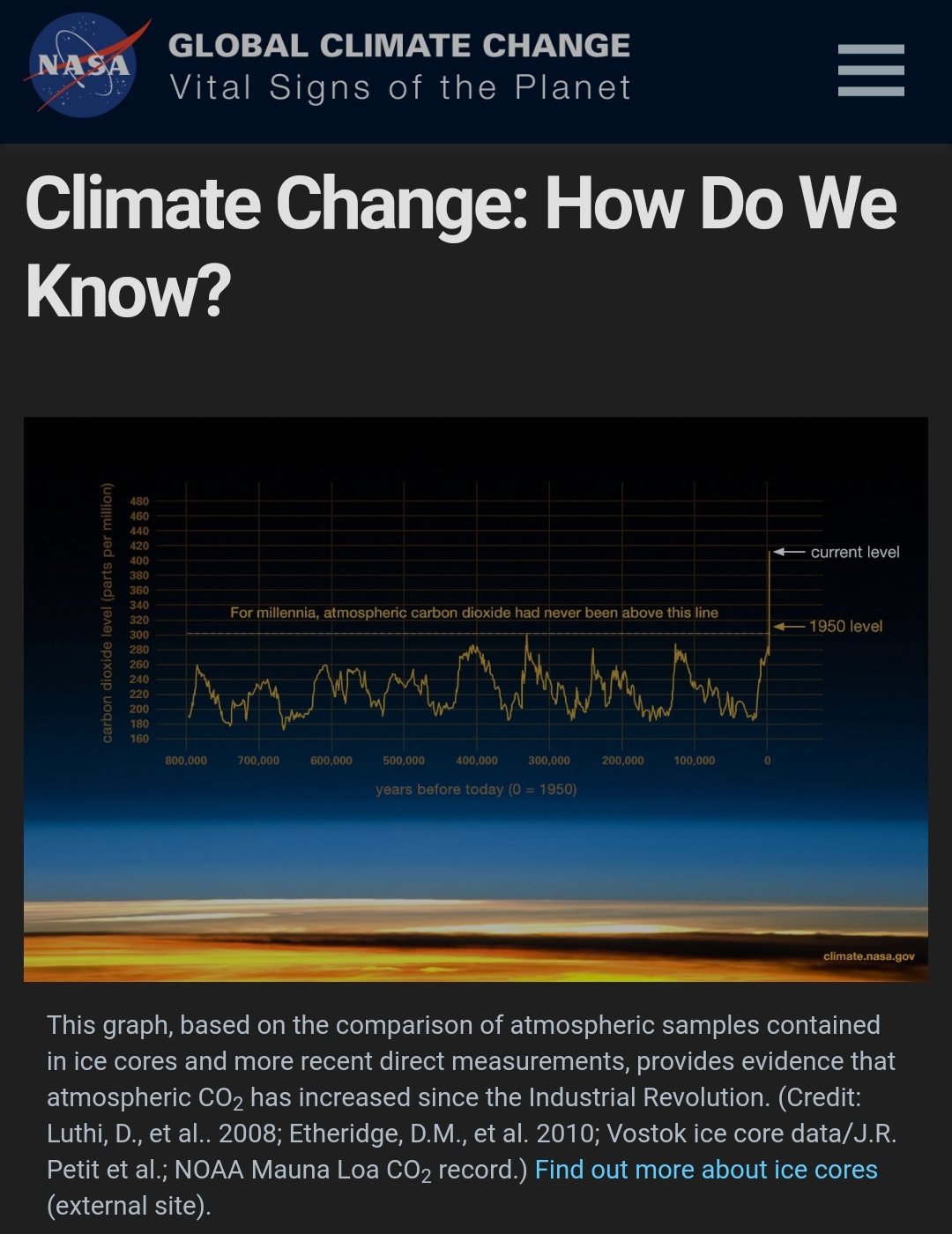 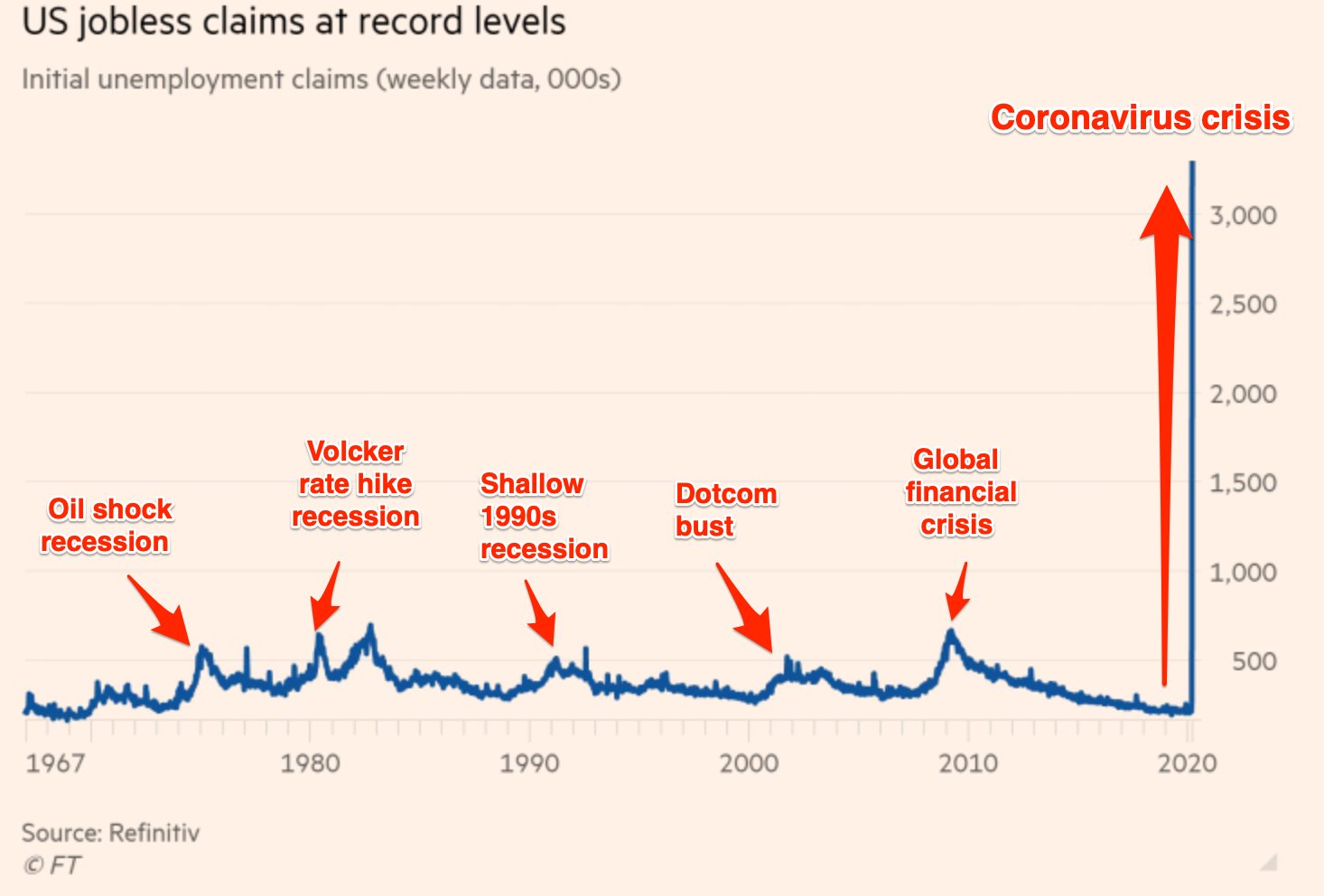 /popcorn. i'll be in the 'leftist' section of the library catching up on history.

macron has announced that when the crisis is over, france is going to make a huge investment in its public sector and hospitals. lol.

this after his administration, and his ideology  specifically, strip-mining and downsizing the public sector.

but hey, like larssen says, the neoliberals have it all figured out and everyone else should *checks notes* read a book.

To that I say: exactly. Under normal circumstances we do only have incrementalism to our disposal. It's a conscious consequence of our civilisations designing their processes for change to be subject to intergovernmentalism and multi-party decision making. Beyond political leadership our bureaucracy and legal systems have also been designed to guide and channel decision-making in certain ways, through legal constraints, formal processes and dissemination of power. We have diluted and spread power throughout our systems to accomodate slow lumbering democracies and consensus decision making and to resist too much concentration of authority. Think of it what you will, there's plenty negatives to highlight, but conversely in the well-run constitutional democracies among us there is and will be no room for either a visionary autocrat or despot. It is only one example, but however terribly wrong the climate change deniers may be, or destructive the oil lobbyists can be, our societal structure demands us to always take into account their positions too. On the other hand the green movement has also been allowed to gain and expand its following over the last two decades. I can't imagine you don't know this to be true - but ultimately it seems to create societies that work and have a certain degree of stability to them unmatched in the rest of the world.

Is it still inadequate? Why yes, especially in situations that demand quick solutions or a gigantic mobilisation of people and resources to tackle singular purposes. It's regrettable but it doesn't seem like we've been able to perfect the balancing act required for this sort of crisis yet. It's true that inevitably we'll be faced with a crisis that will do us in, like the thousands of political systems that perished before ours.

Uziq, you're a critical thinker but to a degree that in my view it seems to cloud your vision. I never see you strongly defend a position or policy path, rather always perched shooting arrows at whatever ideas or concepts enter your field of view. Effectively poking holes in the choices made by politicians is a useful skill, but it would be great if you could expend a similar amount of energy thinking about what else could realistically be done or achieved.

I argue the changes in capitalism we've seen justifies my view quite well. As for Macron, I'll believe it when it happens - we're also now seeing politicians doing what they do, appeasing the public when they need to.

Also, I'm not a centrist. I believe most modern centrists would balk at what I just wrote.

As a knee-jerk we'll pour money into hospitals, medical resources, and we'll have a war with China and/or Russia and wish we'd put our money into military technology, or hardening our telecommunications against electronic attack etc.

China and Russia have already started annexing what they want, they'll continue and dare us to stop them, probably in the window between now and the west rebuilding its manufacturing base. They probably have a few corona-viruses ready to go today.
Epstein didn't kill himself

Trump has actually been pretty good for the economy up until now if you think about it. He cut taxes, increased spending, and then signed bills putting about $4 trillion into the economy. He has spent more federal money in 4 years than Obama did in 8. What an accomplishment.

All of it borrowed from the future, well done.
Epstein didn't kill himself

We are going to default on all of the debt anyway. Future? There is no future.

Defaulting on debt will mean war with China.

Its coming anyway though.
Epstein didn't kill himself