Do you watch much Northern Hemisphere Ty, or is it not shown down there?

I should probably make a conscious effort to watch some more super rugby when it starts again, it's always on at ridiculous times though/sporadically on tv over here.

Back to the Wales v Australia game yesterday, Ioane and Genia were superb, really like Will Genia think he's a fantastic 9.

It's not really shown down here, they assume that in the non-Rugby months people care about cricket. I generally watch the A League, (football,) between rugby seasons. I keep up with things through the news though.

Australia is going through a shift in their outlook now I think. They used to be quite content sitting at being the second or third best team in the world and then upping their game for the World Cup but now they want to knock the All Blacks off the top ranked spot. And they can do it too, I rate their players very highly. Still they've got a way to go to knock the ABs off the top spot even if players like McCaw and Carter are probably on the other side of their peak.

The Dragons are exciting though, I'd love to see Wales as an international powerhouse. Haven't has a really good northern hemisphere team in a while. England has imploded and France have always been inconsistent and occasionally dirty but Wales just plays good rugby. Always have but they've never really broken into being considered alongside the big three of the southern hemisphere. Would like to see that change. I seriously don't get how Wales is currently #8 on the IRB world rankings.

As for the Super Rugby - I can take it or leave it to be honest, the competition used to be better when there were fewer teams and players were generally restricted to their place of origin - before it turned into just another franchise sporting competition. Don't get me wrong there's still a lot of good rugby on display it's just that I can only rarely bring myself to care.
[Blinking eyes thing]
Steam: http://steamcommunity.com/id/tzyon

I went to school with his son Michael who now plays for the Blues, (Super Rugby.) Jock did a lot for Rugby and was a very good player in his day but had the shitty luck of getting badly injured and forced to retire before the 1987 World Cup where he would have captained the All Blacks. Still was a very important and visible figure during the 2011 World Cup despite being severely ill.
[Blinking eyes thing]
Steam: http://steamcommunity.com/id/tzyon

Incresibly gutsy performance by Ireland against New Zealand tonight, I honestly thought they'd finally get a win. They've been playing each other since 1905, the best result Ireland got was a draw at home in 1973. It was 19 - 19 in the final few minutes but a rare Dan Carter drop kick sealed it by three points. I was kind of disappointed. As much as I'm impressed by the ABs 107 year record it's got to end some time and I want to see it ended by Brian O'Driscoll, the man's a true great and one of my favourite players.

One test left and while last week's 30+ point win may have relaxed the ABs this result would have woken them up. I hope Ireland have it in them to put on another big performance.

It'd be good if anyone else here cared about rugby.
[Blinking eyes thing]
Steam: http://steamcommunity.com/id/tzyon

I taped the game and also the Aus vs Wales one.

After I started watching the Aus vs Wales one immediately after, it wasnt as interesting as the Ireland and AB game. And I found myself wanting Ireland to win in their game more than Australia in theirs.
noice

Sixty to nothing. That was impressive. Sorry Ireland.
[Blinking eyes thing]
Steam: http://steamcommunity.com/id/tzyon

Only time anyone cares about Rugby is when the All Blacks lose...

All Blacks winning/undefeated run had to come to an end sooner or later, as much as the legend that surrounds them is they are human, they have bad games. But let's be honest, the All Blacks didn't even play all that poorly, England was just up for the challenge and beat them by playing better rugby. It was refreshing to see the All Black camp not immediately start looking for excuses, (which is usually the case.)

So many teams try so many different tactics to get themselves in the right frame of mind for playing New Zealand, the trick as far as I see it is just don't expect to lose. Most teams come out roaring to try and prove to themselves that they're up for it but they expect to lose and as soon as the ABs hit back they immediately lose heart and think "well we weren't going to win this one anyway." But when teams put this notion away and just play 80 minutes like they expect to win, well England proved that there's nothing in it. France nearly took the World Cup this way too and Ireland very nearly got their first win ever against the ABs in their most recent tour, (before being flogged 60-0 in the next test.) Even the Wobbilies in thei draw showed flashes of winning rugby but they never looked like they expected to win so only managed a draw.

But England, stayed disciplined, took their advantages, and didn't let up. Their game was't as smooth as when the ABs were on to it but certainly effective enough. Good on them for playing a great game and bringing the men in black down to Earth.
[Blinking eyes thing]
Steam: http://steamcommunity.com/id/tzyon

tbh normally follow it a bit closer with my dad, but only just got into the country when he called me to tell me to record the highlights for him.
Not a lot of hype in the great rugby nation of Italy

England is proving exactly why everyone loves beating them so much. Judging from the reaction in the media England must have become the number one rugby nation in the world instead of just fitting in at fifth. Some of my favourite claims:

- The All Blacks' defeat means they are on their way out as the top rugby team.
This defeat was their first this year, their first in 21 international matches against other top rugby playing nations, most frequently the #2 and #3 teams. Players like Dan carter and Richie McCaw may be on the other side of their peak but remember that we won the World Cup while Carter was out injured, McCaw was on one foot and were were down to our fourth-choice flyhalf. We have depth and a mindset that fosters rugby talent, (often at the expense of everything else.) It takes more than one loss in 21 matches to mark the 'end' of the All Blacks.

- England has shown that there is no gap between northern and southern hemisphere teams.
They might have to remind me who their most recent two matches were against and what the results were. To save anyone looking them up they were against South Africa and Australia and England lost both times.

- England has shown that they are contenders for the number one ranked spot.
They're not even the number one northern hemisphere spot. They sit more than ten ranking points behind NZ on the IRB rankings and there's only a .85 point gap between them and the #6 ranked team, Ireland.

- The All Blacks aren't all that despite them saying they are invincible.
This gem comes from that Welsh prick Stephen Jones. New Zealand knows its rugby team is good, the results speak for themselves. However you will find very very few of us willing to say they are invincible or indeed anything other than a team of competent rugby players. All the 'invincible' talk comes from the other side, anyone suggesting that around these parts are immediately shot down because arrogance in the past, (see 2007, 2003 Rugby World Cups,) has cost us greatly. This is no more than talking up an accomplishment and it's annoying that it comes amid accusations of arrogance towards New Zealand, (Stephen Jones has a habit of insulting the whole country rather than just the team.)

If England has a strong showing in the next Six Nations and its players perform in the Lions tour to Australia then maybe they can start saying they're in contention to be a powerhouse in the same league of the southern hemisphere big three. But this was one win. Fully commend England for their game, they played good rugby and came away deserved winners. But if you think that's all there is to being the best then I have news for you.
[Blinking eyes thing]
Steam: http://steamcommunity.com/id/tzyon

Whole load of butthurt pouring out over losing your top spot.

well i was all prepared for a massacre after that first ten minutes. 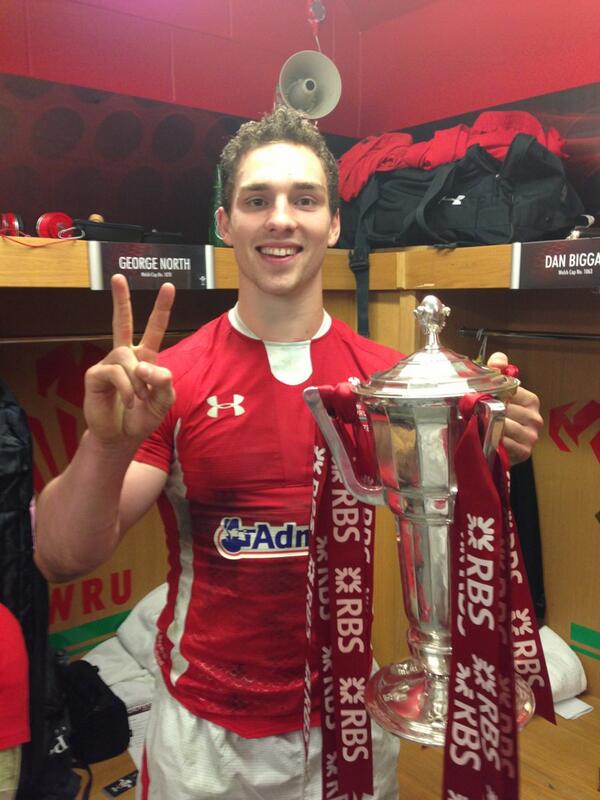 So in a month's time the New Zealand All Blacks will play the USA Eagles in Chicago. I'm looking forward to it. The result is pretty much already determined but the USA knows how to put on a show so I'm itching to see their take on what's arguably the biggest rugby match to ever take place on American soil. Apparently it's already a sell-out.
[Blinking eyes thing]
Steam: http://steamcommunity.com/id/tzyon

Final score was 74-6 if anyone was wondering.

The US commentary was hilarious.

I don't think anyone was wondering

Australian All Blacks did a great job Ty!

That match was the definition of a school year thrashing.

Yeah I saw that. Don't know what the bigger blunder is, calling the All Blacks Australian or suggesting the Wallabies are legendary.

I don't get how a reporter can call them "Aussie" and "the New Zealand All Blacks" the next either. A true product of the US education system. Maybe he thought Australia and New Zealand have a France/Brittany thing going on.

I don't get how a reporter can call them "Aussie" and "the New Zealand All Blacks" the next either.

to be fair.we've concentrated building empire north of the equator. ur inferiority complexes are are secondary to our silo'd missiles.

we would love to unleash nuclear holocaust on any nation at this point, and we figure if we rain Death upon the Northern island you'd apologize rather than seek justice.

1) WHO LIVES ON THE nORTHERN iSLE?
2) i miss justice

we figure if we rain Death upon the Northern island you'd apologize rather than seek justice.