For at least the past year now ever since I came across it in an older GoPro ad, I've been wanting to go to Tomorrowland in Belgium.  Unfortunately because I live in the US, it's going to be probably almost a $2,000 endeavor.  I wish they would start the US version back up, but there's also Ultra in Miami(though I've heard it's trashy) if I want to stay on the East Coast and then there's also EDC in Vegas, they also host an event in Orlando at some other point in the year.  All this of course would be after the COVID thing is over.

trust me, tomorrowland in belgium is pretty trashy too. save your money and go to an Ultra, if that's your thing. or something like Movement at detroit.

I'll have to look into that one, I think Detroit would be just a little bit closer and thus hopefully a bit cheaper on flights, plus I think it's also a Delta hub so that helps.  I'm not expecting a bargain but I would hope not to blow so much of my budget on travel.  I just don't want to give those aviation industry assholes any more money for their ridiculous non-refundable tickets in case an event gets canceled again, I've had it happen twice already this year.

Don't know if it's the Midwesterner in me that makes me think that it's only 8 hrs/550 miles to make the drive.

at those huge EDM festivals, or the big european hardstyle or trance events, it's mostly the same agencies rostering the same big-name acts anyway. not worth travelling half-way around the world to hear doof doof doof and look at bright lights if there's the same thing happening on your doorstep.

Don't know if it's the Midwesterner in me that makes me think that it's only 8 hrs/550 miles to make the drive.

I hadn't actually mapped it out, but you're right, it's apparently only an 8 hour trip from me.  I used to do 8 hour rides regularly two or three times a year to Buffalo or Myrtle Beach so maybe that's worth the drive if I can get somebody to alternate with.

at those huge EDM festivals, or the big european hardstyle or trance events, it's mostly the same agencies rostering the same big-name acts anyway. not worth travelling half-way around the world to hear doof doof doof and look at bright lights if there's the same thing happening on your doorstep.

It makes sense, I think maybe I've just romanticized the idea of being on a continent that is entirely separate from the one that contains all of my problems, while also enjoying a festival dedicated to my favorite genres of music, and of all places, it would be in Europe where trance was born and is fully appreciated.  As far as I can tell, Trance has never really gotten widespread popularity in the US outside of the LGBT scene.  I always try to show people some of my favorite and they're mostly like "What is this gay techno shit?".  Dubstep unfortunately found much more popularity here over many other types of EDM music.  This country truly has garbage taste in music overall.

"What is this gay techno shit?".  Dubstep unfortunately found much more popularity here over many other types of EDM music.  This country truly has garbage taste in music overall. 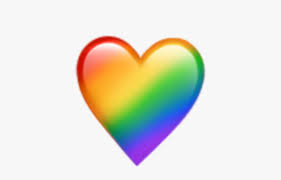 yeah the problem with those statements is they're just so confused and a mess of total ignorance. which, yes, does reflect america's own relationship with electronic music. honestly, you'd need someone like KJ who was 'there' and had some experience of the rave era in the 90s/00s to really explain to you where it all went wrong.

techno is detroit music, it's one of america's biggest contributions to music in the last century. a successor to jazz, soul, r&b in many ways. house, too, which was yes more explicitly tied up in gay/LGBT scenes, drag, latino clubs, etc. in places like new york as well as chicago/detroit. but it's literally america's own home-grown music.

dubstep came from south london, and the version that eventually crossed the atlantic and blew up is a very, very strange mutant. it sounds nothing like the british original, which again was informed by lots of music before it, and had swing, syncopation, depth. UK dubstep came from a very specific 'scene' and an ecology of clubs where huge, immaculate sound was a high priority - itself a legacy of the west indian soundsystem cultures. the american version of 'dubstep' was some big-scale festival excrescence full of horrendous laptop-generated sawtooth sine waves. BWORGHHH BWUH BWUH BWUH. it was like the inverse of 'real' dubstep, stuff made for mobile-phone speakers, all tinny mid-range aggression (with helpings of tinnitus).

for an american in 2020 to say 'what is this gay techno shit? give me dubstep' involves a headache-inducing amount of unpicking.

I got tickets to see the Avalanches in February here in NYC. It will be at Terminal 5 where I also saw Interpol a few years back.
https://en.wikipedia.org/wiki/Terminal_5_(venue)

This is a thread that exists?

Son of Ali Farka Toure from Talking Timbuktu and The River fame.

Nobody wanted to go with my so I'm going alone That's what the single seat at the bar is for!

I miss the occasional concert, but I'm really just not feeling it with the pandemic and stuff.

I'm going to see Marc Rebillet tonight in LA. Small venue. Vaccinated or tested within the last 72 hours are the only ones allowed. Will be my first concert since the long long ago times.

Probs gonna microdose mushrooms with the girl I've been seeing too. As far as I know, 13 Peruvian children were slain to get me my drogas. Small price to pay for eternal enlightenment.

shrooms grow mostly everywhere and it's pretty easy to cultivate mexican/south american/east asian ones at home. don't sweat it.

I'm going to see Khruangbin tonight. Should be a good one. A tree fell and took out 30 (parked) cars at their show on Wednesday.

Still debating whether or not I'm going to microdose mushrooms again.

My February Avalanches concert was postponed until October. I got tickets to see Bonobo on Feb 25th which almost makes up for it. Well not really. I would have preferred the Avalanches. 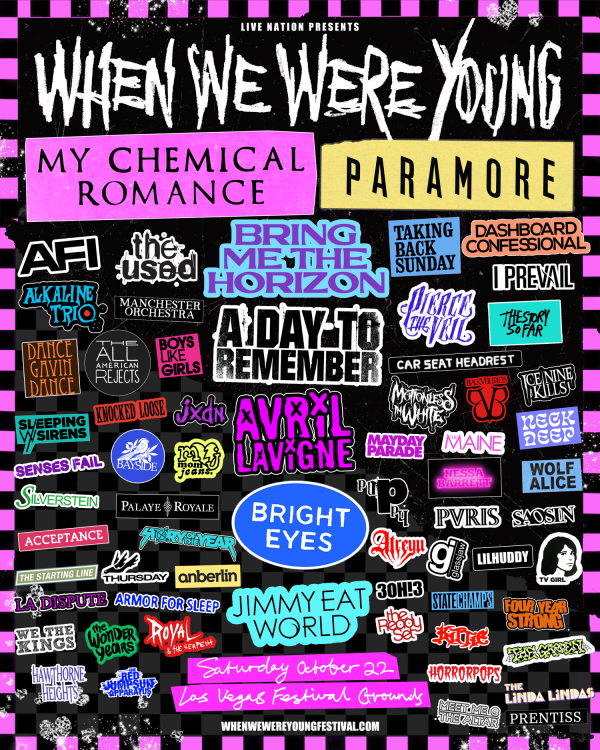 Haha wow. Would be a great event to people watch.

I am sure many people will be in costume. 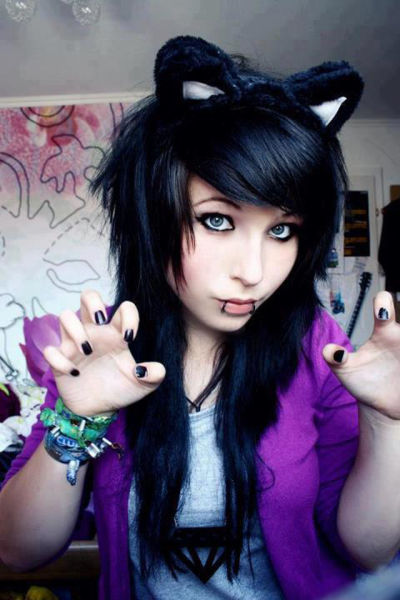 Went to the NYC show of this tour Friday. I was near the front dancing while really high. Love going to NYC and seeing the artsy/alt people. They probably wouldn't consider themselves "alt" but it is a totally different setting from the boring office environment I work in.

Going to a show by [below] in early March


If I were rich and young I would live in Miami.

I was not expecting a live band. I didn't look up any of his live shows to see what he does. Awesome surprise.

Next one you and me go. I will let you hit my vape. 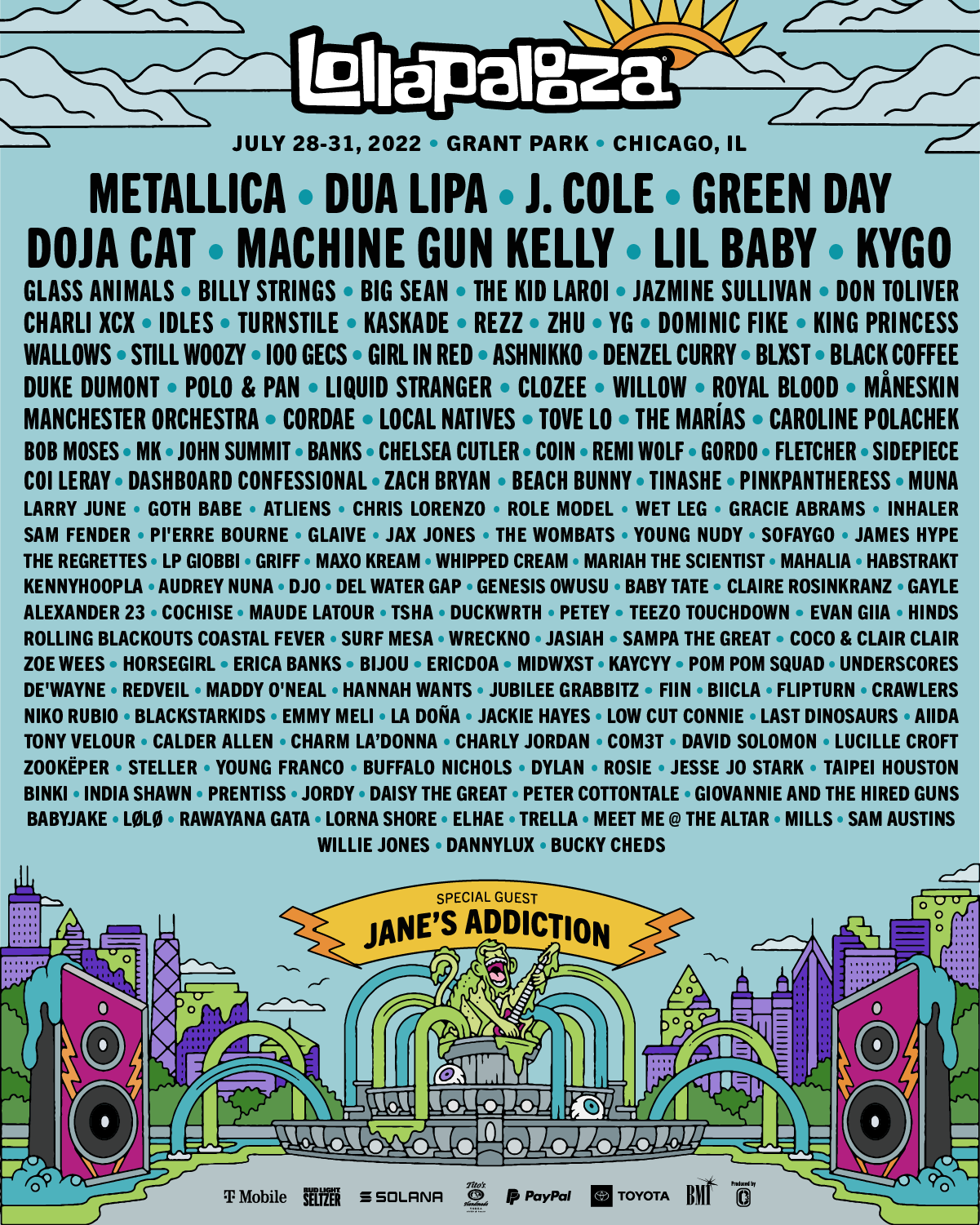 that festival was never good.

giant mega-festivals with the same soup of shitty has-beens on the line-up are one thing i wouldn't regret being killed off by the pandemic. they're just soulless corporate cash-ins.

I kinda wanted to go the DC Cannabis Festival(apparently there's lots of live music there) tomorrow but I'm going into the West Virginia mountains to shoot some guns with my brother and stepdad instead.

Hmm. Go to a marijuana festival with live music and young people or go into the mountains with some men and do just men things like Ron DeSantis likes wants to do.