Turpin, I went shredding with him for the first time in a couple of years there during the powderful March we had in Whistler. So fun, charging everything, theres a cliff I was doing twice in the preview, its the one that they are doing a side follow cam backflip shot off of. Thats Turpin there by the way.

Also as far as camera angles go, I should have a quick little park vid sometime soon that my buddy and I were shooting one day so he could work on his camera angles in a new style, he's pretty busy though, so it may take a bit. We were doing shots where he had a GoPro attached to a ski pole, and had it right in front of me, from the side, while going off jumps and rails. Took about 3 runs before I was even comfortable with him being there, thought I would hit him every time I spun or fell off a rail.

30 days till I head off to Niseko again!

Going to Meribel in France on the 29th of Jan woooooo


Taking my SLR so I'll try and get some action shots rather than just landscape / of the resort. Doubt they'll be any of me though which is sad cos I  just got a new jacket and salopettes which are AWESOME

going with some mates? make them man the camera. we are taking up a couple go pro HDs.

anyone know of a good place to buy a cheap snowboard?

I've bought from moosejaw.com before, and dogfunk.com, thats still more expensive than some local pros extra stuff. Do you need new? if not, craigslist or ebay, but only if you know what your doing. Also, any outlet malls near you?

Lots of pow up in Whistler today, getting my shred on.

Was maybe going to get a GoPro HD for christmas, cos I could use it for mountain biking too.


Got a ski helmet instead. Still good!

Was maybe going to get a GoPro HD for christmas, cos I could use it for mountain biking too.


Got a ski helmet instead. Still good!

If I had to choose between a camera and a helmet I'd choose a helmet! Better to have the memory of an experience than the footage of one that you've lost through a head injury.

must be THE coolest thread in the whole forums

For you skiers out there, a vid a buddy of mine is in next year. Looks pretty sick.
http://dendritestudios.com/2010/06/trailer-season/

This is where we are staying.

and that looks nice adams

It's been a shit season here Going tomorrow though, big staff trip, new board. All good. 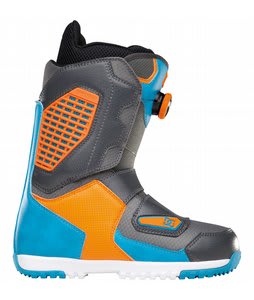