Some random stuff I've been listening too lately.


Baroness - March To The Sea 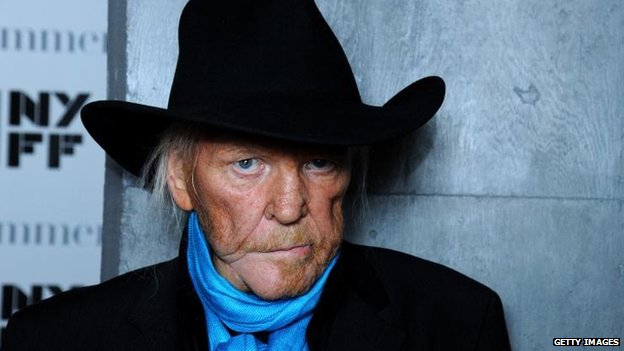 Froese died unexpectedly on Friday after a pulmonary embolism, his son, Jerome, said.

Tangerine Dream's psychedelic and trance-like use of synthesiser sound was a significant influence on the development of electronic music, unlike fucking Aphex Twin, or Dubstep - whatever that is.

Froese once said that "there is no death, there is just a change of our cosmic address".

Froese's father and other relatives were killed by the Nazis and the family lost all their belongings in the war.

His mother and the rest of his family settled in West Berlin, where he studied art.

The band was known for its uncompromising anti-pop performances and played at the villa of surrealist artist Salvador Dali in Spain.

The group later signed to Virgin after Froese had undertaken "several bouts of chess on Richard Branson's houseboat on the Thames".

The resultant album, Phaedra, in 1974 was considered a key work in the early electronic genre, with its sequencer-driven sound.

The album reached No 15 in the UK charts although it sold only a few thousand copies in Germany.

Froese was a prolific artist, and from 2003 onwards created solo work under the name Edgar W Froese.

How I have never heard of these guys nor this album until a few weeks ago is a mystery. This was released in 2006 and has been widely acclaimed by their fanbase as their best album ever (started in the late 90s, broke up after this album, reformed two years ago and put out two more albums). It is all killer, start to finish. Think Mr Bungle / Fantomas with some System of a Down and some Marilyn Manson thrown in. Riffs, melodies and songwriting is all great. Pretty sure it's a concept album about death, with most themes about either suicide or murder. I've been hooked from the first listen.

very weird analogue fusion from early 90s portugal... impeccably mixed and arranged considering this is pre-digital. seems to anticipate the eclecticism and synthetic nature of the entire decade that followed. very new age and very rad.

shame only existing second-hand copies now sell for about 400 euros. what a weird and unique little album.

that album was mastered on an analogue outboard desk. as opposed to being arranged and mastered inside a laptop on a DAW. yes it is pre-digital.

Digital goes back a good deal longer than early nineties, my hipster friends were mixing tracks on their Apple IIs and Atari STs.
Birds Aren't Real

Radiohead announced a world tour.  Anyone going?  I managed to get a few tickets to the LA show...

Digital goes back a good deal longer than early nineties, my hipster friends were mixing tracks on their Apple IIs and Atari STs.

'digital' mastering technically existed during the CD era, of course, but it was seldom used, was horrifically expensive, and didn't sound as good. most CD's were reproduced from master tapes that came from an analogue set-up. (a CD player in the early 80s cost like $700, no?) i would term the 'digital era' in mastering to be with the widespread availability of DAWs, i.e. affordable computer systems that essentially did the same work as a giant outboard desk.

So your definition of 'digital' is widespread availability of cheap DAWs?

Basic stuff was available on consumer computers in the mid-80s.

Many semi-professional sound studios had digital setups well before the early 90s, digital recording was well before that even if the mixing wasn't, and sequencing was used in the first half of the '80s.

Also I don't know why people think analogue mixing was so very hard.

who said analogue mixing was more difficult? you retard. it has a different sound is the only distinction.

also you're basically caveating without disproving my point. very few studio-released albums would come from a digital studio with a pure digital signal chain until the 90s. the compression gave it a completely different sound – very shrill – that was properly of the CD era. many studios (and genres furthermore) stayed with analogue mixing and producing well into the mid-90s. especially this sort of kraut/kosmische/new age stuff where the sound is very important.

OK, you're just picking a narrow definition for 'pre-digital', when it could have been ten years earlier, that is all.
Birds Aren't Real

This is not the same person. They murdered Adele and replaced her with this lady. People need to know.

so you insult people when they’re fat and insult them again when they slim down and get in shape. O K.

remind me what sort of shape you’re in again? peak fitness, right?

skinny doesn't mean 'in shape'. so you have a different metabolism to adele, what are you doing with it?

i'm just trying to understand your mentality about shitting on women. you shit on fat women a lot. then when they get thin you shit talk too?

sure you don't have a problem with women?

Those are clearly two different people.

I don't have a problem with women. I have never threatened to knife one.

yeah, me either. that sounds like the sort of thing that would get you committed to a psych ward.

adele probably had a stomach op.

Show us your beach bod

i actually know so little about adele that it could conceivably be two different people and macbeth is just trolling.

Show us your beach bod

I took a dick picture once and almost accidentally opened it at my desk when I had a class in session.

Glad to see Rumours at number seven, I couldn't care less about the Beatles though, they seem to have a few in there.
Birds Aren't Real