Also I guess people are a lot more short-termist, how many kids today think "I'll do five years in the Royal Corps of Transport to get my HGV licence, then 5 years as a drivers mate and junior driver, then I'll be set with an average income job for the next 30 -40 years"
Русский военный корабль, иди на хуй!

I wouldn't mind seeing handshakes kick the bucket for good. For men, it's an obnoxious formality that often turns into tedious grip contests, unnecessary tests of your joint or socket strength, weird commentary on how manly callouses are or aren't, or leaving you wondering why exactly someone's hand was so #*& sticky and hoping it's not because they handled their wiener without washing after.

Told it's important by a boomer who can't even afford health insurance, some good handshakes did him. Can we please replace it entirely with exchanging social media ids or digital business cards or something?

Also I guess people are a lot more short-termist, how many kids today think "I'll do five years in the Royal Corps of Transport to get my HGV licence, then 5 years as a drivers mate and junior driver, then I'll be set with an average income job for the next 30 -40 years"

how can you blame people for being more short-termist?! do you think it’s the young workers of today who think ‘long term job security and a stable career? PAH! no thanks!’.

anyone planning on spending the next 30 years towards being a lorry driver is probably setting themselves up for disaster. outsourcing to india and china are a tiny part of it; automation is another, including those much talked about self-driving vehicles. spending 8 years in training to drive a truck … probably not so smart.

there’s currently a shortage of truck drivers in the U.K. because a bunch of gammon men decided to kick out all the foreign drivers at short notice in a just-in-time system that relied substantially on cheap, continental drivers, plus a pandemic decimating the available workforce. it’s not because young people are ‘short termist’. fuck you. boomer brexiteers like you were the ones being short termist there. ‘but hur hur you just don’t understand your own country people’.

it’s entirely in the interests of the bosses and owners to have short-term workers on frequent rotation. don’t need to offer meaningful benefits or legal protections, don’t have to promote or give payrises, can always raise the spectre of the un- or under-employed peers who can replace them, etc.  career mobility has stalled, as the older generation work longer and longer until a deferred retirement. it’s not uncommon for people to spend 5-10 years in a junior career role with no prospect of getting to the next rung; and maybe a never realistic prospect of making it to management. a lot of it is a numbers game: many qualified young people but stagnating job or industry growth. the new industries which are growing are in non contract, casualised, hi-tech shite like working in amazon warehouses or delivering for food apps. hardly a suitable replacement for the post-industrial working class who used to have lifelong jobs at the local plant.

the collapse of long-term, stable careers hasn’t been a choice of fucking young people. i would bet that the majority of young or socially aspirant graduates today had parents who, degree educated or not, probably had lifelong careers (which is tied into the reasonable prospect of home ownership). none of that exists anymore. the luxury of ‘changing career’ or ‘reskilling’ has an entirely different connotation now. someone joining the workforce today can expect to have 3-4 careers, be constantly looking for new contracts, constantly relocating (and forever renting, natch). this is closely tied into the ‘young people aren’t having children’ issue, too: yeah, no stable career and no property will do that to a generation.

in general, blaming the young is one of the most intellectually lazy positions for anyone to take. self-flattery and pulling up of ladders. people in their 20s didn’t devise this system. they aren’t the politicians or the business leaders who created these conditions. but well done dilbert! you still live at home and it took you all of 5 years to leave a dead-end role!

Didn't blame anyone, just commented that people have changed their thinking.

Also not much point in training up in a skill if you're going to be undercut by Bulgarians an 1/4 of what you earn.

Also I've never been a Brexiteer, or a Boomer.

people's thinking has changed because the economic conditions and possibilities have changed drastically.

you almost made it sound like a matter of personal choice, aka tabloid rhetoric of 'lazy millenials: if you didn't buy so many takeaways and craft IPAs, you could own a home and have 2 children too!'. 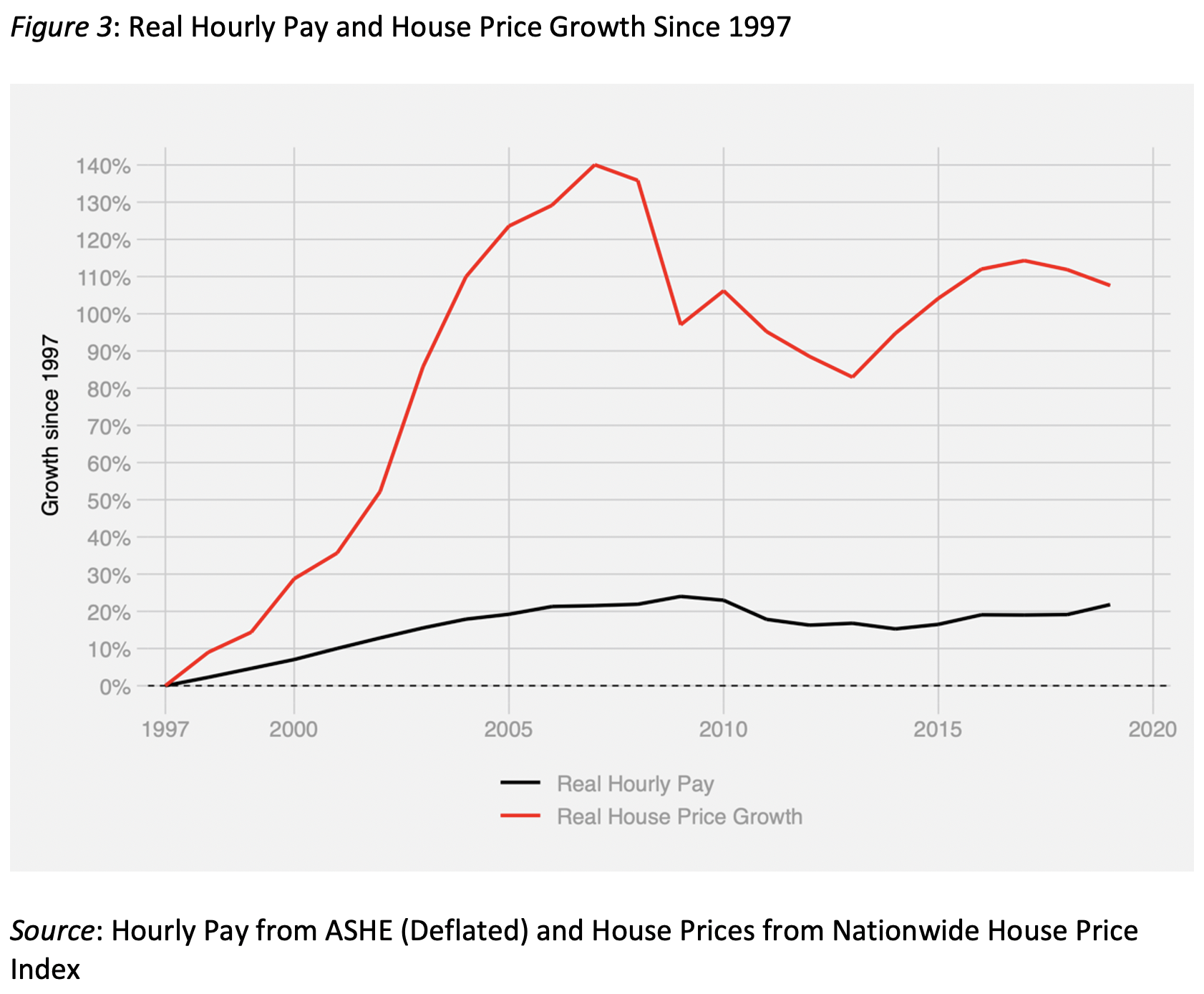 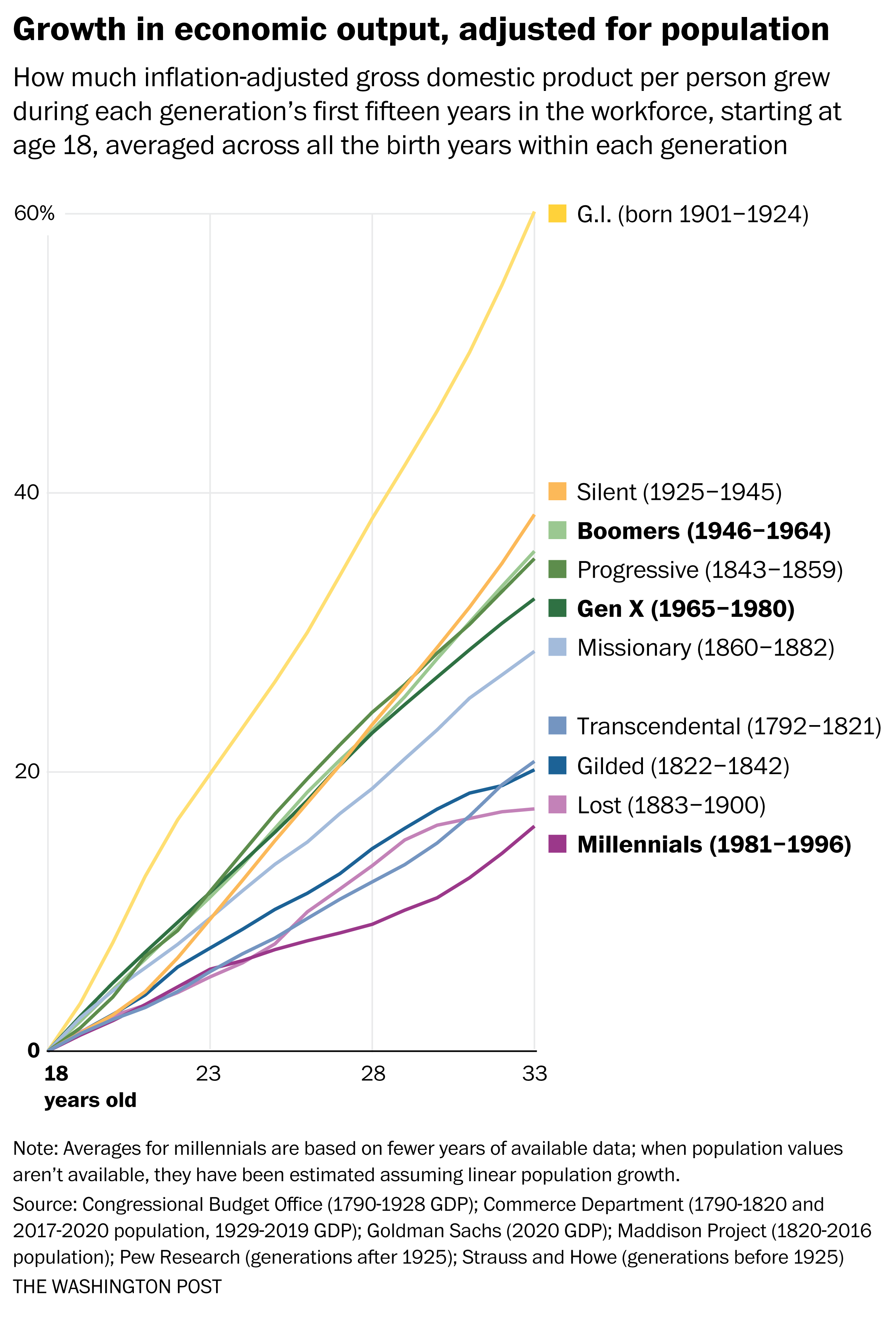 and don't forget, the generations before millenials/gen-z didn't graduate with $50,000-200,000 of college tuition debt. i'm sure it was easy for you to make 'long-term ambitions' when you didn't have sky-high rents and creditors chasing you every month.

It didn't at all look like dilbo was blaming young people for being short termist so much as saying they were, in the same post he made with a link to a BBC article talking about companies unfairly and perhaps ridiculously requiring prior experience for "entry-level" jobs or even internships. More of a as a matter of fact than blaming the young?

Side note to not forget that this stuff affects all working age people. Your average boomer (not all of them are even 60 yet) and older x-er wasn't exactly "in on the meetings" that led to this environment. The millennial blame in newspapers is stupid, but the ok boomer stuff is pretty cringy and mainstreamed right now. Barely even a retort anymore.

e: Mac's post 5 months ago, maybe a little unfair. Some boomers are still worrying about mortgage and medical bills. No time to be wringing their hands about how to destroy the country before they die (in like ~30-40 years for some of them).