Should I get a cat to defend my farm from squirrels?

no, get a cat to compensate for the fact that no woman will ever love you or let you sleep next to her sweet-damasked warmth.

Yeah, I don't have that problem.

Although macbeth's body pillow could identify as a woman, in his mind. Live and let live, right? 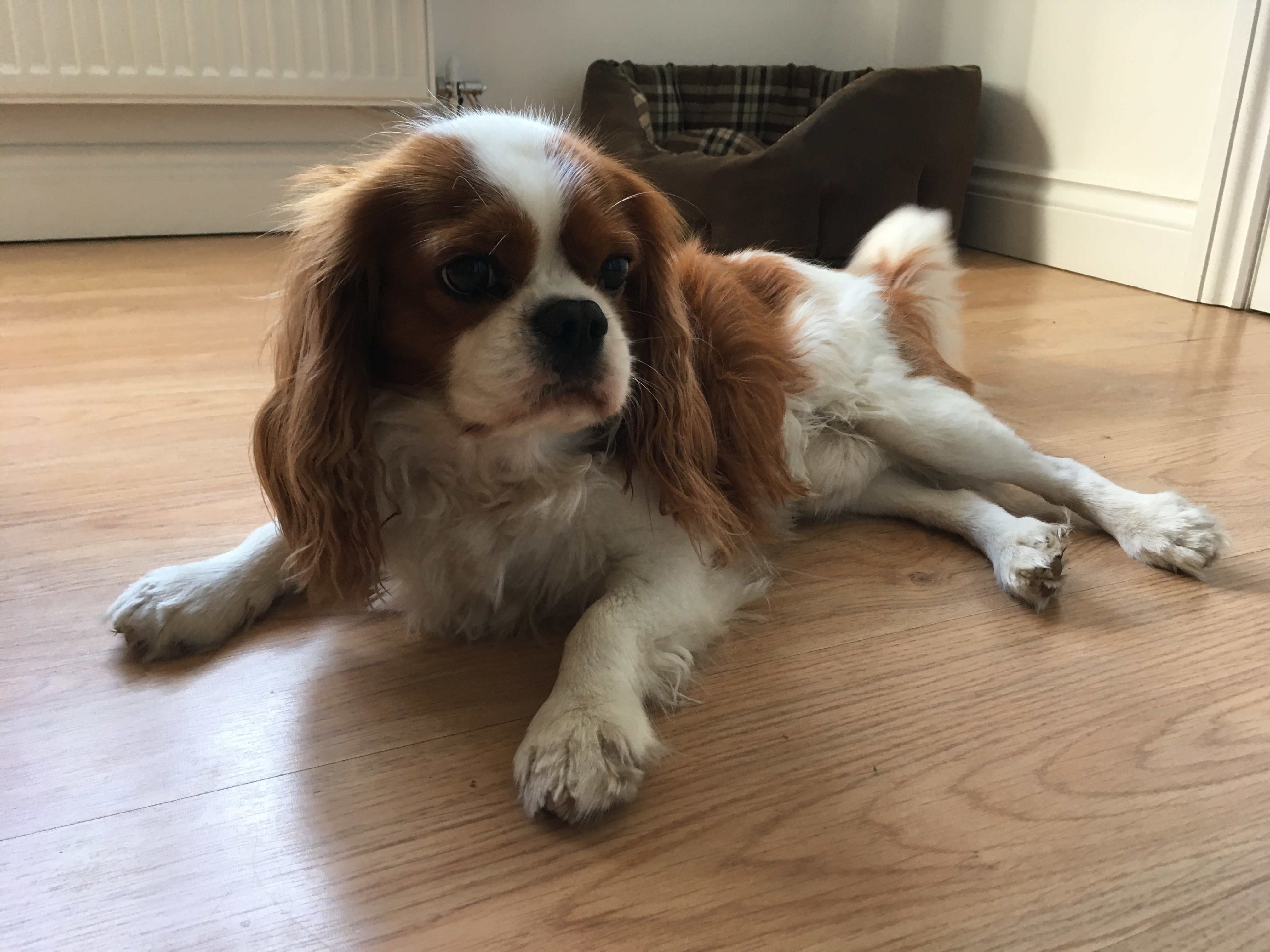 He doesnt like cameras so its hard to get good pics

Could try putting a dog treat on the back of your cell phone, but then they might all become extreme closeups.

He doesnt like cameras so its hard to get good pics

How in fuck is this place still going?

Anyway, this is Pablo. 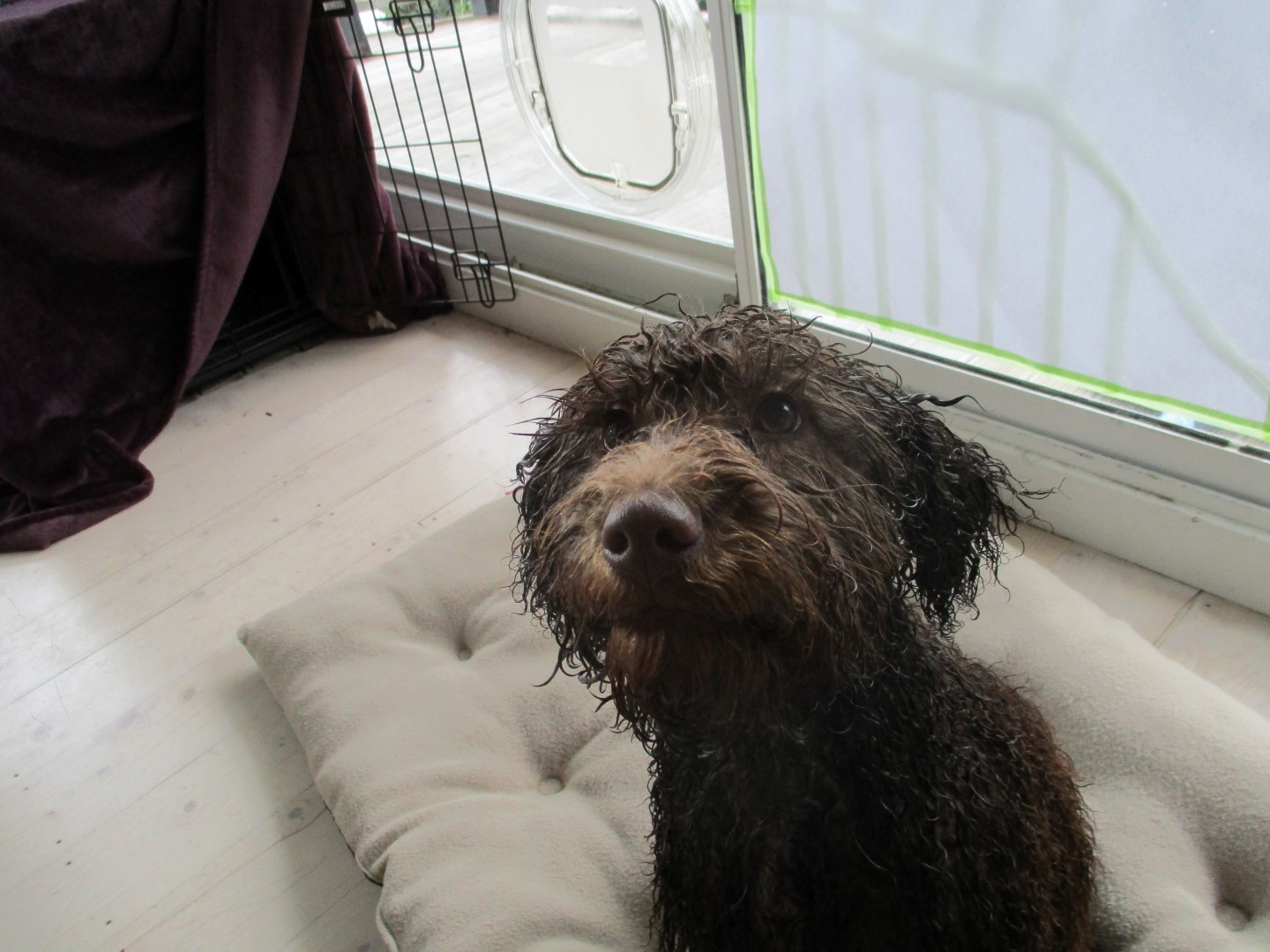 So the pitbull bit the owner on the arm. The owner tried to give up the dog to animal control. Animal control said they need to take the dog back to the animal shelter in Brooklyn they got it from. This raises the question: who buys a pitbull from a shelter?

So I haven't seen the dog in forever. They must have returned it and if that is the case the shelter put it to sleep. There are no third chances in this racket.

Okay so same neighbors got another dog. It is a big dog. Not sure what breed. I didn't look at the barking monster for long. I heard barking outside so I went to look because I thought it might have been our dog and the neighbors dog barking at each other. I saw the neighbors dog jump on top of a large plastic storage bin and put his head over the fence in the corner away from our dogs and start barking at whatever is in that other yard. The neighbors came outside and took their dog away but they really need to move anything the dog can jump on top of near the fence. That thing is going to jump into someone's backyard.

I've gotten pushback on these forums for this (you called me a cat jailer), but people should be building secure enclosures for their animals. It seems like a no brainer to take measures to prevent your animal from getting out, or other animals from getting in.

Cats are harmless to people though. A dog is a different story.

plenty of people hate cats, and dogs. cats belong indoors so do dogs if they dont have a fence.
cats kill lots of local wildlife, get run over by civics, get poisoned by crazy people, get half eaten by coyotes and left in the flowerbed, poop in the flowerbed and give the dog an ear infection

my sister is vegan and all that shit but gives 0 fucks about cats roaming. baffling

Cats are harmless to people though. A dog is a different story.

The minute you find a cat turd in your carefully manicured tomato box, you'll probably change your tune.

Anyway to rehash points already made, cats can get hurt, killed, taken, or simply vanish without a trace. Imagine being on your 12th cat to die of feline leukemia because you think it's cruel to keep them contained. Destructive to other people's property and also to some species of birds that don't really need the superfluous predation.

It's better to live free than suffer in silence. It has been widely reported that in door cats oftentimes suffer from neurosis as a result of being inside all day. Out door cats also do not develop obesity. There is a cat that oftentimes will sleep under the chair on my outside deck near my cactus plants. He seems happy. I have a few pictures and videos I could show you but unfortunately can't post here because of cancel culture.

Has anybody on the internet ever canceled a cat pic.

Outdoor cats do in fact develop obesity. Some get "clever" and make the rounds to houses that leave out cat food for strays. Or the antifreeze that one neighbor left out for strays. If a dog can stay in shape without having free roam of the neighborhood, a cat can accomplish this with even less space, while not having to contend with raccoons for access to the pet flap.

One of the points of an enclosure is to give them a place to go outside where they won't be mauled, poisoned, or contract a lethal disease. Those things are pretty stressful too. If you don't think that's enough, take your cat for walks. *shrug*

there's a lot of street cats in seoul, especially around the park where i live. almost every stops with them to feed/water them or to give them attention. doesn't seem like too bad of a life tbh. i know the same phenomenon exists in japan, too. neighbourhood cats.

I know you live in the land where the wild things are but not everyone has space for a cat amusement park.

You don't need a metropolitan zoo enclosure to have an alright catio. They seem to enjoy themselves in modest ones as well. Cats like a place they can get up off the ground and out of the way. Bonus if it involves sunlight and watching birds (further bonus if they aren't able to get at those birds), or somewhere they can hide when in the mood.

Yes, in some areas "community cats" are a thing and "looked after" by the populace. Very fuzzy. There are still certain realities to take into consideration. Overpopulation, fights, disease (FIV, FeLV, FCoV to name a few), and superfluous predation hide behind idyllic scenes of random cats joining locals on a bench in Istanbul. Unowned cats also don't enjoy the same treatment everywhere in the world.

While on Turkey, just going to lazily pop this in from wikipedia:

A 2011 study that examined tapeworm infections in stray animals of Istanbul found that 4.65% of the examined cats had Joyeuxiella pasqualei infections.[4] Feline immunodeficiency virus and feline leukemia virus were found to be common among outdoor and stray cats.[5] Although stray cats can be a vector for rabies, out of all 21 rabies cases in Turkey documented between 2000 and 2014 none were through a contact between cats and humans.[6]

Public feeding of cats by the locals has been criticized by several veterinairans. A 2015 paper published by Rutgers University academics stated that collective feeding attracts and leads to concentration of animals to a specific area, which in turn facilitates the transmission of certain diseases. Healthy cats' contact with objects such as food and water containers that were contaminated by sick animals is another concern.[7]

I went through the pet thread and found a picture of newbie's cat he posted before.

I also found one of Dilbert letting his cat be a cat outside. 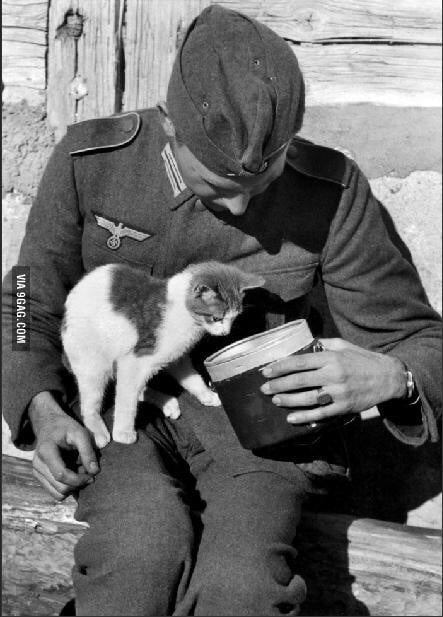 Humor aside, I have doubts that I ever put pictures of any cat of mine on this website. The internet has enough cat photos without adding another bewildered animal gazing dazedly at/past the camera.