your thinking on this is so muddled and contradictory, it's almost funny.

on the one hand, my personal use of buildings and transport systems that are shared with 100,000s or even 1,000,000s of other people on a frequent basis means i should take a huge share of blame for their construction costs and running costs. my tiny, fractional share is a huge moral burden, apparently.

on the other hand, we need to get rid of 2/3rds of the earth's population. lmao. the standard of living you expect as your natural god-given right should be the golden measure with which to judge all the rest of humanity either worthy or lacking. the problem isn't your expectation of a nice suburban spread, a manicured lawn, a boy's rally car, etc: it's that there's far too many indians, who don't own cars and who subsist on lentils and local produce, in the world.

you seem very good at deflecting away from your own carbon-intensive lifestyle to people who lead comparatively carbon-free lifestyles. i guess it's easier to declare that everyone in other countries should stop having children than it is to examine your own position.

Most people in most countries can barely feed themselves, they're scraping by in semi-starvation at best.

But the solution apparently is either to bring them all up to first world standards - entirely impossible - or bring us all down to their miserable level - all so we can all have the same per capita impact on the world.

This makes no sense however you look at it.

Good, advanced research is a productive use of money. I hope they're having fun with it.

Musk could liquidate his entire net worth and that would add up to $150 per Indian, thats not going to pull them out of poverty, it wouldn't even be a drop in the ocean.
If there were 'only' 150m of them first of all they probably wouldn't be in poverty and if they were $1500 might be meaningful.

Also how the fuck are there more people in India than Africa? That should illustrate the scale of the overpopulation.
Русский военный корабль, иди на хуй!

advanced research? to build private space-craft that can enter low-earth orbit or tickle the fringes of space?

there is no 'advanced research' here, unless you're talking about reusing rockets or re-entry programmes.

state-funded research achieved 10x anything these indulgent narcissistic man-babies have cooked up using a casio calculator's worth of processing power in the 1970s. 'advanced research' LMFAO.

no one is talking about liquidating musk's wealth as a hand-out to indians. newbie was talking about ending world-hunger and poverty. critical infrastructures. it actually doesn't take a lot of funding or werewithal to do that.

Also how the fuck are there more people in India than Africa? That should illustrate the scale of the overpopulation.

vast amounts of africa are inhospitable and not amenable to agriculture? it's not complicated.

your obsession with prima facie comparisons based on 'land surface area' are weird and very, very illiterate.

advanced research? to build private space-craft that can enter low-earth orbit or tickle the fringes of space?

there is no 'advanced research' here, unless you're talking about reusing rockets or re-entry programmes.

state-funded research achieved 10x anything these indulgent narcissistic man-babies have cooked up using a casio calculator's worth of processing power in the 1970s. 'advanced research' LMFAO.

elon musk doesn't know jack-shit about space programs. give me a break.

never claimed to be doing leading-edge stuff. i do a valuable service and pay witness to real genius and cutting-edge researchers, though.

people who would probably chafe at your claims about musk, a shyster businessman and trust-fund baby.

Also how the fuck are there more people in India than Africa? That should illustrate the scale of the overpopulation.

vast amounts of africa are inhospitable and not amenable to agriculture? it's not complicated.

your obsession with prima facie comparisons based on 'land surface area' are weird and very, very illiterate.

I'm sure the arable area of Africa is a whole lot high than that of India.
Русский военный корабль, иди на хуй!

yes, without doubt, but the overall area is also much larger ... populations tend to concentrate around river civilizatins, of which india has one of the most significant in the world. africa, not so much, other than the obvious Nile civilisation and to a lesser extent the niger delta and so on.

population growth depends on so many things. having a giant arable savannah in the middle of nowhere with no waterways access to the coasts or trading hubs, is another matter.

I thought Africa had the greatest civilisation in history, make up your mind.
Русский военный корабль, иди на хуй!

certainly never said that. i said it had some form of civilization.

I'm halfway through my 53rd book and have a big pile already ahead of me, I don't need suggestions, thanks.
Русский военный корабль, иди на хуй!

Is that a real number, though? Who keeps track of books read like that? Is this something readers generally do, and I've just been missing out? Has Dilbert been Rainman this entire time?

53 is a number I could see a gradeschooler hitting.

https://www.lrb.co.uk/the-paper/v44/n09 … iang/diary
diary on the failure of zero-covid in shanghai/china generally.

love this. reminds me of telling dilbert repeatedly why quarantine systems can't work perfectly, and why 'human stupidity' is not an adequate reason for insisting, time and time again, that 'zero covid just works if you only do it properly'. the omicron-style of variant is insanely transmissible, and unforgiving of even the tiniest mistakes. much more realistic to ensure people are topped up with adequate vaxx and antiviral protection than to try and keep it out entirely.

The breach of Shanghai’s magic shield came from one hotel. In February, Huating Hotel announced renovations and sent home all its staff. In March, it was requisitioned as the quarantine hotel for overseas visitors (some from Hong Kong). The newly employed quarantine managers didn’t realise that the old air-conditioning system was allowing the virus to circulate. Asymptomatic carriers (hotel staff, cleaning ladies, couriers, PCR testers) took the virus to almost every corner of the city. By the time scientists issued a red alert, it was too late to execute the ‘dynamic zero policy’. Since then it has been chaos. The leadership had different views on the best way to proceed. It seems the majority of medics were inclined to a soft approach: the death rate from Omicron is low and most people recover in a few days, so taking lateral flow tests and staying at home would have been enough. Some officials agreed, arguing that, as China’s main financial and trading hub, Shanghai is too important to shut down. Unfortunately, no one else seems to agree. When positive cases spilled over into neighbouring provinces, local governments reacted angrily, posting rewards for turning in visitors from Shanghai (200 RMB to 2000 RMB per capita). Then – it’s said – they complained to Beijing about the irresponsible behaviour of the Shanghainese. Beijing sent an inspection team, which didn’t like what it saw. Netizens joked that Shanghai tried to lie down still but its brother provinces kept helping it up: the result is endless sit-ups.

Why are you so gleeful that we have failed to suppress a pandemic which has killed well over six million people?

Multiple approaches simultaneously are needed for this kind of thing. Vaccines - which do exactly nothing to reduce transmission - are just one of the tools.

We could have nailed this thing well before it became 'insanely transmissible'.

Don't worry about the people who can't be vaccinated though, party on dude!

i intend to, my friend from the UK just arrived today.

I'm pretty sure out shipping department has over 100% positive rate now.

there are endemic/epidemic outbreaks all the time, just the media – and your furrowed brow in particular – is seldom focused on them.

ebola seems to ignite something in the popular press's imagination, so it gets good coverage, but it's very much an exception.

how many years have you paid attention to local outbreaks of bubonic plague, for instance? it's out there, pretty much as a constant.

even in the same timeframe and family as covid, there's been several novel swine/avian flus detected and monitored by the WHO. there is nothing really exceptional about it.

An abortion debate on Reddit reminded me of the pandemic.

There are some Americans who are kings of little plots of cemetery land who would still be alive today if they followed some basic precautions and got a free vaccine. It makes me shake my head at the fact that these people literally chose death over dishonor. I guess they showed me.

They didn't even choose death over dishonor. There is nothing dishonorable about getting a fucking vaccination. 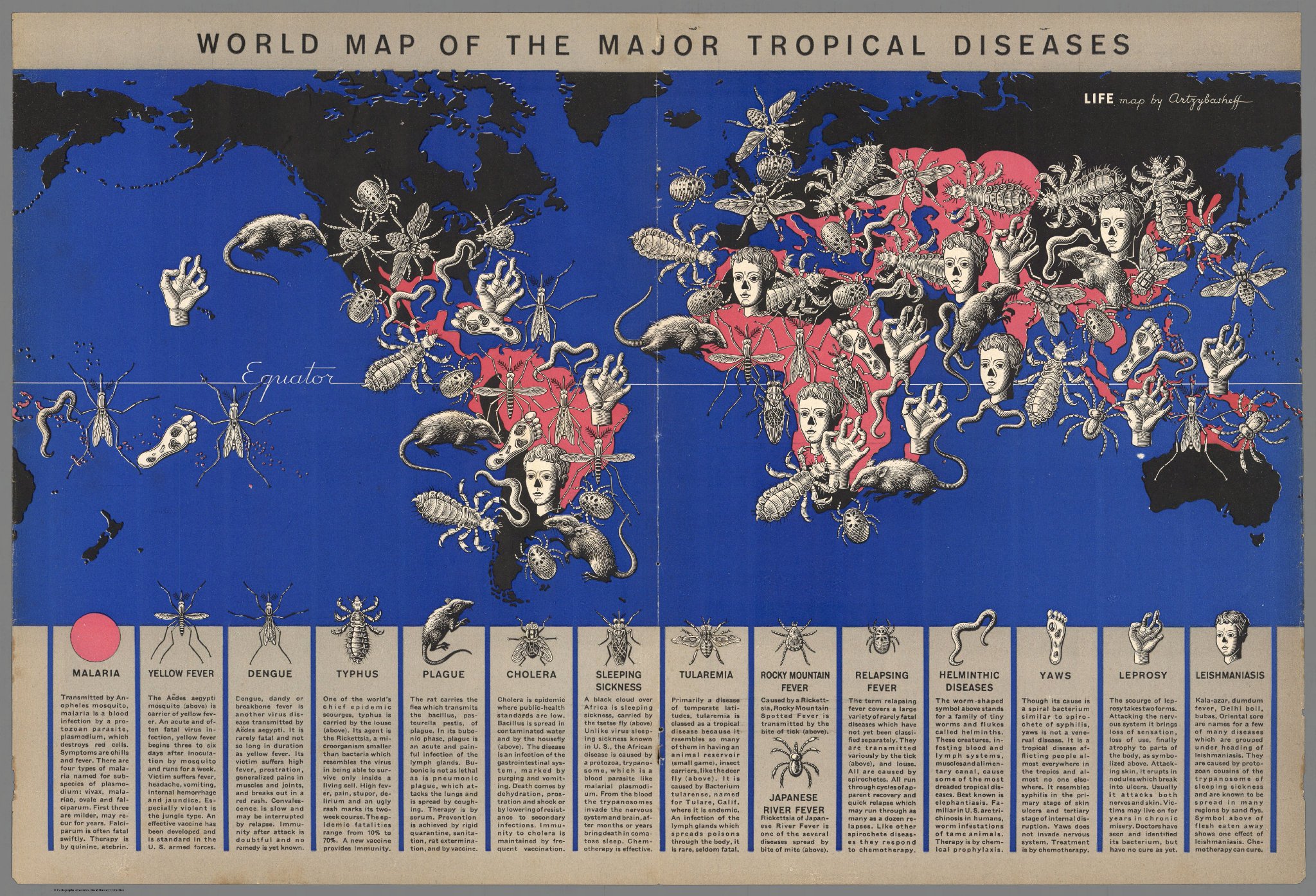