Thats true but no-one has, then again many infections are due to quarantinees and guards not behaving themselves.

Also letting people go abroad then having them demand the right to return is stupid.
Should people really be travelling to India for a wedding or to show off an 8 week old baby to the grandparents then coming back during the current pandemic?
It is just nuts. More so with India's current infection rate.
Русский военный корабль, иди на хуй!

Australians: coming back home from India.
Dilbert: those darned Indians.

The issue is people travelling to India then expecting to be allowed back, and bring their parents.
Русский военный корабль, иди на хуй!

got my second shot yesterday
kinda sore all over this morning.
starting to get chills now.

"Dilbert, you have the most amazing platelets I've ever seen, great platelets, fantastic platelets, one day someone will write a book about your platelets"

Even so, I'm not feeling super-keen about having the vaccine.
Русский военный корабль, иди на хуй!

i need to go to the doctor sometime now that im vaccinated. its been a long time.

My mom said she thinks biden isn't the one talking when he has a mask on....lol

I made an appointment for the Pfizer. Available at a lot of nearby drug stores, and nausea is a possible side effect that I'm eager enough to avoid that I'm fine with two appointments. Loosely related (may have already mentioned), a contact told me their cardiologist recommended J&J to them, though I wasn't clear on the reasons described.

I was also told to expect to wait for up to 30 minutes of observation after the injection.

walmart told me wait 15 after first one. told me 10 after the second one

Yeah, I'll definitely pick an ebook to start on while sitting around. I don't know if they mean waiting in a room or just stick around the store. If the latter, I'll happily go browse gardening. A lot of stuff is being rolled out deep into parking stalls at hardware/grocery/drug stores.

First admitting I once had a pet chihuahua, now with the flowers. Whatever will the internet think of me now.

wish jay was still here to tell us it's overhyped liberal scaremongering.

Jay should fly to Wuhan to punch covid-19 in the face.

No huge side-effects on the Pfizer after a few hours of first dose, just some area muscle soreness that might have been helped along by propping on an elbow as I read.

e: 5 hours later, noticeably sore, but still localized. No other symptoms. I hope the second dose won't destroy me like I've heard from people.

e2: Some of the questions I got surprised me. Family wants me to keep them updated on stuff. So far, it pretty much feels like a flu shot. Second one might be more interesting.

It's not a rabbit hole, it's a rabbit city. If I opened every one of them I'd probably have 200 active tabs, and maybe 4,000 ads if I didn't block those. Very ugly way to milk readers of your pandemic info writings.

University of Rhode Island, journalism, no degree. Just the person to listen to when it comes to health issues. 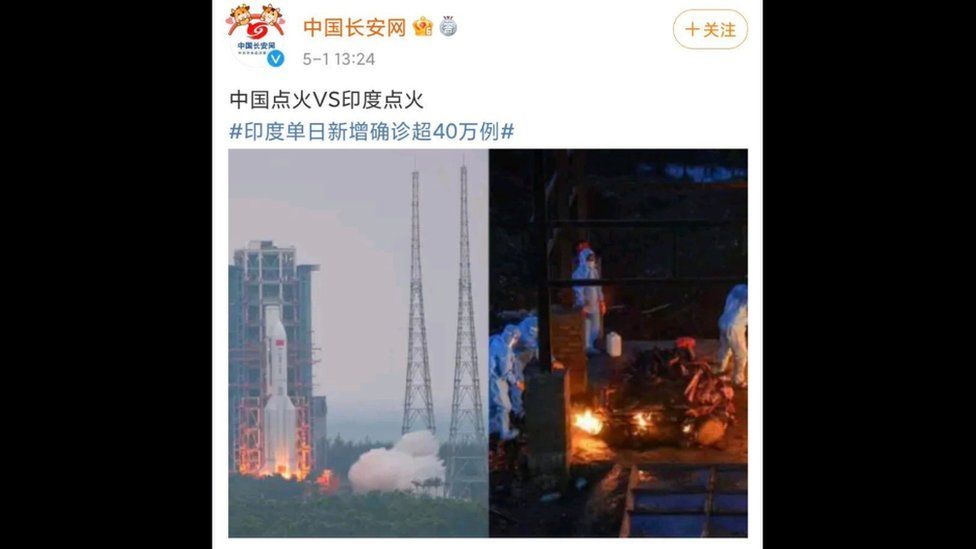 Hopefully the world will remember the Chinese are not our friends.
Русский военный корабль, иди на хуй!

incredibly poor taste, but then again i don't know which official government comms channel hasn't been guilty of that lately.

it's true that china's propagandist drive over covid is particularly grotesque.

also, 'our' friends? LMAO you have been racially piling on indians for the last 6 months. now you act affronted on their behalf because china are being bigoted towards them? weren't you just saying all of 48 hours ago 'why should we have sympathy for the indians'? OUR friends? lmao interesting use of the possessive there. you're happy to adopt collective solidarity with muslims and indians when it suits you, aren't you?

every country has shown a very good capacity to be insensitive, careless or selfish throughout this pandemic. making out china to be a worldwide super-villain when we've just dealt with 3 months of 'vaccine nationalism' and the jostlings of self-interest is inane. india last week was literally begging the US to lift its bans on vaccine/vaccine raw materials exports, to which the US dragged its feet. meanwhile, china offered to send support. so who isn't whose friend?

of course the CCP's propaganda about covid is gratuitous. but they only speak to themselves anyway, in a closed information ecology, and direct their messaging as such.

it's a bit like reading boris johnson's comments about people being from 'bongo bongo land' and concluding that, because of insensitivity and bigotry, the UK is not 'the world's friend'.

I'd be fine with sending India all our AZ vaccines, Aus is doing fine, chances are the virus will have mutated out of reach of vaccines in six months - thanks to India letting it run out of control LMAO.

I think we're going to be in this for years to come. How on earth are people going to survive without foreign holidays?
Русский военный корабль, иди на хуй!

the conservative party have made any number of snafus on their official twitter account - which is why i said i'm not shocked and appalled when political messaging is very crass or insensitive. and don't even get started on the trump white house or GOP in the last 4-5 years. you won't have to look very hard to find 'public media outlets' committing serious comms blunders.

but i guess one poorly conceived videoclip on a website undoes the fact that, er, china have been much more immediate and responsive in their offers of aid to india, where the EU/US has dragged its feet and majorly hemmed and hawed. india immediately sent thousands of ventilators to the UK during our direst hour; how long did it take us to send a significant portion of aid back, now they're in a crisis? make u think. but let's talk about china being the great evil because of, er, a social media post.

why are you so hard on india when brazil has been the exact same open air petri dish? i thought india were 'us' too in the fight against marvel super-hero villain china? you only seem to get into conniptions about india and china -- i guess because they directly affect your sheltered little life in australia. but you're very good at the 'our plight', oh-the-humanity-scale stuff when it suits your argument.

India may well be a useful counter to China, China has been lashing out at them too.
Русский военный корабль, иди на хуй!

brazil and india are two of the world’s biggest democracies, you’d think if the plight of humanity was your genuine concern that you’d be equally concerned about brazil too.

as it turns out, you’re angry at indians because they come to your tiny, irrelevant country (which makes up about 0.5% of the global population), and because they drive your taxis.

you’re honestly one of the most trivial people i have ever encountered. strong opinions resting on the most petty foundations. 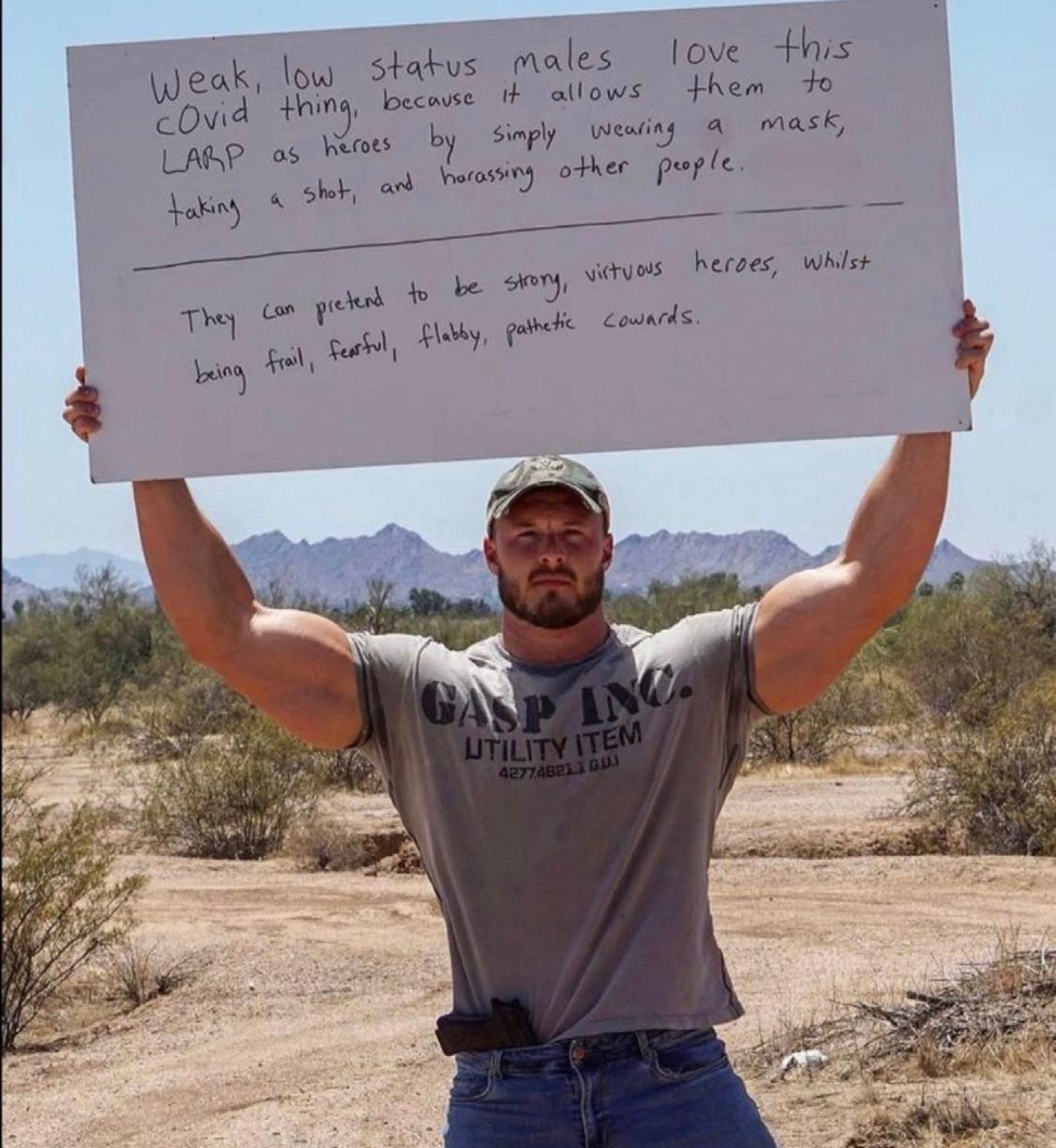