Is anybody here really saying "forget about black-on-asian racism?"

The trope failed to capture the reality of Black-Korean relations three decades ago, and it fails to capture the reality of anti-Asian bias today. A recent study finds that in fact, Christian nationalism is the strongest predictor of xenophobic views of COVID-19, and the effect of Christian nationalism is greater among white respondents, compared to Black respondents. Moreover, Black Americans have also experienced high levels of racial discrimination since the pandemic began. Hence, not only does the frame of two minoritized groups in conflict ignore the role of white national populism, but it also absolves the history and systems of inequality that positioned them there.

Focusing on the smaller problem to the near or full exclusion of the inconvenient larger problem is a laughably Limbaugh-esque style of manipulative hoodoo that you could expect a replication attempt on name-a-rightwing-gadfly's program. Listeners all like "I don't trust the media!" yet fully adopt news and Hollywood's opportunistic depiction of race relations without regard to critical thought. "Well, both sides."

Its OK, all the unvaccinated thirds world countries will be producing mutant strains like there's no tomorrow - which there isn't - this thing is going to go on forever.

Maybe this is the Chinese solution to this problem. 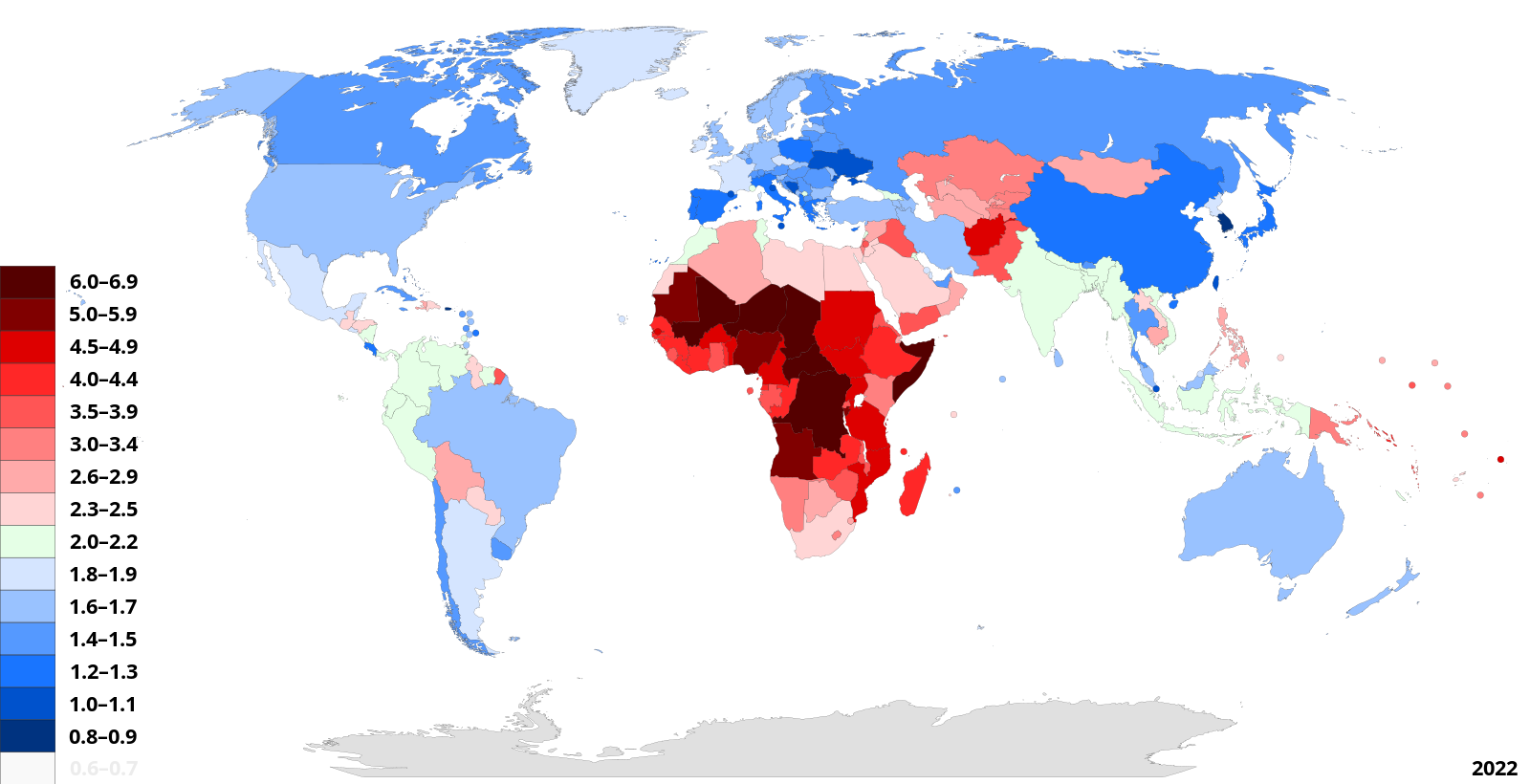 Its OK, all the unvaccinated thirds world countries will be producing mutant strains like there's no tomorrow - which there isn't - this thing is going to go on forever.

Maybe this is the Chinese solution to this problem.

It's good that the Irish seem to be reproducing steadily without needing Arabs to bolster their numbers like the French, Danish, and Swedes.

Covid cases in the U.S. are rising again, reversing course after months of decline and threatening another setback in the return to normality.

The seven-day average of new cases jumped to 57,695 Wednesday, 9.5% above the prior week, marking the biggest increase since Jan. 12, according to Johns Hopkins University data.

While that’s a fraction of the mid-January peak, the change in direction is worrisome as states fling open their economies, variant cases multiply and the country races to vaccinate as many people as possible to stave off another wave.

Prediction: Small spring surge. Things will not be as bad as the winter of pain we just had. But we are still reporting about 1,000 deaths a day so whatever.

While Mayor de Blasio trumpets his school reopening as a major triumph, the number of students showing up in buildings each day still totals less than 15 percent of all kids in the system, attendance data obtained by The Post show.

But only 14,312 high-school kids came into buildings on Tuesday — 5 percent of the 282,000 enrolled. Another 3,040 who were supposed to be in school skipped classes that day — an absentee rate of 17.5 percent, according to internal Department of Education records.

Overall, daily attendance in 1,619 open schools hit a weekly high of 129,982 students on Tuesday, with 12,309 kids marked absent. But more than 700,000 kids were not in school, instead learning at home. The total number of pupils physically in schools amounted to just 14.5 percent of the total DOE register of 890,828 students.

That's really strange. Who knew the city with the worst COVID outbreak would have so few kids willing to return? Again, I will point out that the "reopen the schools" mouth foaming parents are a small minority of mostly Trump voters.

It sounds like a waste of money to keep a school open if only 5% of the students are going to show up. Are they going to herd the rest in at gunpoint? Maybe cattle prods.

You know I didn't even think of wasted facility expenses. I assumed schools were saving a lot of money on water, electricity, and other maintenance by being closed and that is why mass education layoffs weren't a thing. In terms of forcing people back, the governor of NJ said that schools will not have the option of staying remote next year. Everyone, student and staff, needs to be in person in the fall. If we get mass vaccination correct, I would agree with such plans but I still resent that we are caving to the demands of the Trump supporter parents who not only hate us in the best of times but are also bad parents and don't take the pandemic seriously anyway. 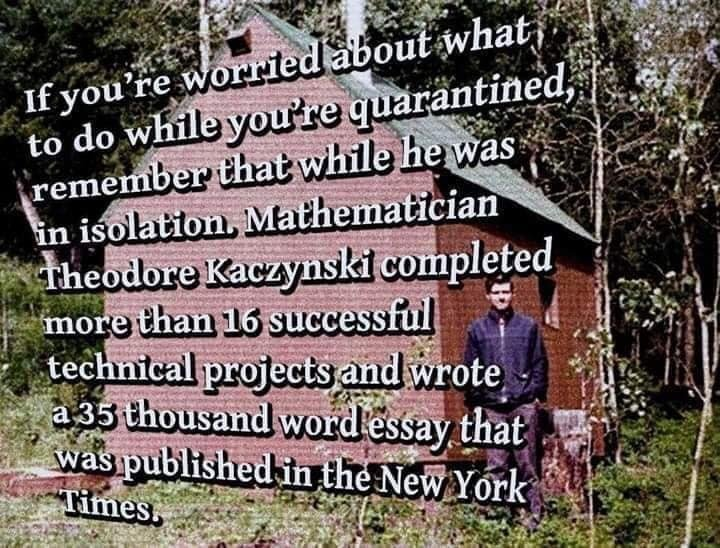 I am not going to bother posting an article but it seems like we have an exciting new culture war battlefield: vaccine passports. The popular governor of Florida asked the legislature to ban businesses from being able to ask for proof of vaccination before rendering services.

Either you have the freedom to refuse the vaccine or you don't.
Enforcement by non-legal means is fascism.
Русский военный корабль, иди на хуй!

I am not sure if you are being sarcastic.

Vaccinations have long been required for school attendance, listed on a state-by-state basis.

Proof of vaccination to enter a business seems impossible to implement though, unless the future is filing your medical records with Best Buy to shop for TVs. Maybe it should be the business's choice. It's already important to some Republicans that biz be allowed to discriminate based on sexuality.

I am not sure if you are being sarcastic.

dilbert wants to die on a hill for other people's stupidity so that he can continue ranting about 'idiocracy'.

vaccinations have been all but compulsory for any number of infectious diseases. the UK curbed a major problem with tuberculosis using widespread vaccination, which is now the norm in UK schools along with measles, mumps and rubella, and any number of other diseases.

he's very selective with his complaints about fascism.

Vaccinations have long been required for school attendance, listed on a state-by-state basis.

Proof of vaccination to enter a business seems impossible to implement though, unless the future is filing your medical records with Best Buy to shop for TVs. Maybe it should be the business's choice. It's already important to some Republicans that biz be allowed to discriminate based on sexuality.

I think it will mostly be used for airlines, concerts, hotels, etc. I am already half vaccinated. Give me that card.

just received my untibody test result after compleeting the vaccination. if it is to be believed, the count is through the roof. just in time too: my boss called, the employer is ending all remove work due to coronavirus unless specifically required by state requlations, which means i'm to resume my office work on 8th of april.
i hope this vaccine shit works as it is supposed to.
if you open your mind too much your brain will fall out.

I know my job cannot be done remotely forever but for office workers that can, I would hope that employers would consider it. The stereotype of managers I have in my head that are desperate to return in person are the old, tech illiterate, micromanagers, office gadflies, bullies/sociopaths, and sexual harassers or some combo of those traits. No other reason to desperately want to swap air with other people in an office setting.

I have not had an ideal office life. I've come to learn that I don't like working around people who outwardly express negative emotions, to the point where I feel physically uncomfortable. Fortunately, I've been been high enough up that I could get away with excusing myself from the setting when the drama and huffing and snapping and paper/pen tossing starts going down, and finish my tasks at home, or I'll have to take part and burst out of my office to give someone a dressing down for hitting a piece of equipment (some of the stuff I've bought on my own dime).

Scant comfort that I've heard the same stuff and worse over the phone, client businesses on the other end perfectly aware that they're being overheard on speaker. Zero shame. It would be nice to work at a place with an involved HR department.

We've moved offices so much though that a lot of the work has been done from home since before 2020 (it's a huge pain to get a whole office set up again), so function hasn't been turned too much on its head by the pandemic.

What are the educational attainment levels of the obnoxious and machine abusive workers? I feel like colleges may go overboard on this social justice stuff but at the same time I can see it providing good training on how to conduct yourself in public/professional environments.

tldr ramble: I'm going to be honest and say that in some companies, meeting nepotistic requirements is sufficient. Which might not always be fair, some family teams will have college experience. Every company I've dealt with or worked in has had its spats of poor conduct. I guess some people figure that if they can't get away with it at home, they can get away with it at work. Or vice versa, really.

Its a amazing what is tolerated, the thing about being a douchebag manager is they're the ones reporting on themselves to senior management who typically take no interest beyond that.

Current GM - Has let the place go to ruin as he hires his chums to sit on their asses doing fuck all.

Current manager - I'm not even going to bother, I guess he thinks I report to him, one more tetchy or snide comment and I'm out.

"Who said you could strip down that machine?"
"It was left in the spot where the recycler picks up from and which everyone knows is fair game, what did you expect would happen to it?"
"Um well we might still need it"
"Ok you can put it back together then, you might have to buy some parts, also rewire it"
"Um"
Русский военный корабль, иди на хуй!

When not to yell over some other noise, I've raised my voice maybe twice throughout all of my working life. Once was to bark down a dysfunctional employee losing their shit over their idea of a pecking order on site. I think the other one was a shock and awe effort to put down someone's office tantrum. It's draining.

Our company dodged a bullet when our merger with another company fell through. One of the guys there was exactly as you described. Also from an acquired company, but full of his own importance.

I read the Macron went on T.V. and announced a new national lockdown. What the hell are you cucks doing over there? I know European countries are the equivalent of American states in terms of size but I can't imagine any state here going into lockdown like it is March 2020 again.