Shooter is a Turkish policeman 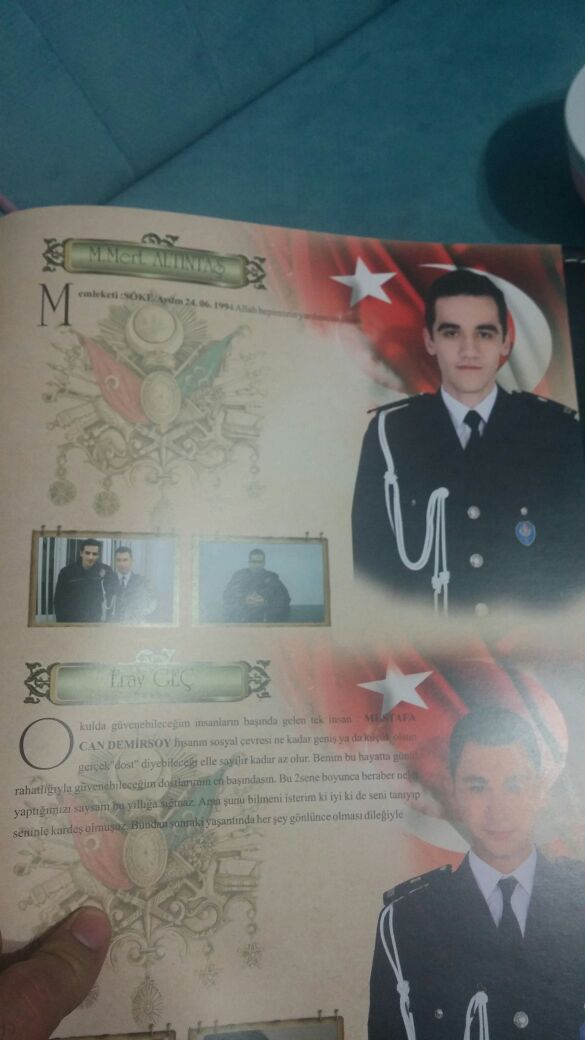 This comes just after Turkey issued a ban on using Tor networks.

Spiciest theory is this is an Obama/Turkish ordered assassination to further destabilise US/RUS relations to start WWIII before Trump takes office.

On the day the electoral college votes are counted too, many wow, such coincidence.

Russia labelling it as a terrorist act, not a state sponsored assassination, however the MO does not line up with the way ISIS operates.

He would still be alive if Putin stood out of Syria. RIP in pieces, Ruskie.

macbeth you are the epitome of poe's law

But seriously it is really sad that the man lost his life in such a public way. His family must be living a nightmare right now. At least the entire nation can mourn together with them.

As for the ambassador, it sucks I guess

I had to explain to you what /pol/ was like 2 weeks ago you fucking poser.
for a fatty you're a serious intellectual lightweight.

I had to explain to you what /pol/ was like 2 weeks ago you fucking poser.

i know lots of quasi-racist weird fucks on facebook who join groups with crusader iconography and talk about 'defending white culture' as if there's a fucking medieval ottoman army on the march. i know the mentality of dropout internet nerds who turn to extremist ideologies and whacko conspiracy theories.

not ashamed to say i've never been to /pol/. why would i? i read actual books about politics. or should i say i'm a brainwashed victim of the 'MSM'

yes, i'm sure this whole thing was a plot to trigger world war 3 on the part of the USA.

would you rather I was an islam extremist apologist

you are an fucking idiot and a   real moran

would you rather I was an islam extremist apologist

you are an fucking idiot and a   real moran

ahh, the age-old uzique retort of attacking language used, not the intended message

you knew what I meant you retard

ah, the age-old internet dropout racist line of reasoning where he finds a bad and misguided liberal defense and uses it to condemn an entire group of people and justify a blind hate ideology. what's your credible source this time? oh right, a tweet sent by some guy. well, i guess if thinking like him is the only alternative to existing in a weird parallel universe where the US and turkey are conspiring together to start world war 3... ! all aboard!

also someone's grammar and vocabulary does say a lot about their intelligence. being able to present ideas and articulate your thoughts generally means you know what you're talking about. i'm sure you've really done your researches into islam extremist terroristes. you si lly person

That "some guy" is a Huffington Post writer, a Syrian refugee in Germany reporting on the integration of Muslim immigrants in Germany.

Someone who is meant to have journalistic integrity.

Also note the use of the word "theory" in my OP, I have no idea what's actually going on here, who ordered this, if the man is mentally unstable and did this on his own. I'm just connecting dots and playing devils advocate.

i have friends who have written for the huffington post about granola recipes. the economist it is not. the huffpo is a fucking news aggregation website like any other. 'journalistic integrity'? are you kidding? it's about 5 rungs below even the guardian when it comes to representing and being a bastion of the concerned, multiculturalist liberal class. the huffpo is basically buzzfeed. i've seen a lot of strained caricatures of liberal opinion and a lot of straw-men arguments in 'defense' of muslim rape-gangs, but i'd really struggle to find any credible liberal who says it's the female's fault for being out so late.

and no, wild conjecture and paranoid conspiracies are not 'theories'. connecting dots between completely disparate phenomena and inferring some universal pattern: that's one of the textbook symptoms of paranoia. lay off the synthetic weed, you morane

mate I live in the weed capital of the UK, all my shit is grown within 5 miles of where I live

congratulations. it's working so well for your reasoning.

yes, obama's administration are orchestrating world war 3 with their close ally, erdogan, so that they can make sure trump never assumes the presidency. that must be some good shit bro.

aggregation website or not, it's still where a large portion of the population get their "news"

aggregation website or not, it's still where a large portion of the population get their "news"

i would say the majority of people get their news from the established broadsheets, but then again they are part of the 'MSM' and all have nefarious agendas, right? pretty much anyone can write for the huffpo, all it takes is a pitch and a reasonable expectation you'll bring in some pageclicks and likes. it's not like they have a controlled editorial position. university students write for the huffpo. the fact you're holding out some guy who writes a column or an article one time as an icon of 'the weakness of liberal apologism' or whatever is fucking hilarious.

"Michelle Obama: Americans will miss 'having a grown-up in the White House'"

ACTUAL QUOTE: "“I feel that Barack has been that for the nation in ways that people will come to appreciate,” she said. “Having a grown-up in the White House who can say to you in times of crisis and turmoil ‘hey it’s going to be OK, let’s remember the good things that we have, let’s look at the future, let’s look at all the things that we’re building’.”"

"Donald Trump has lost popular vote by greater margin than any US President" (let's just ignore the difference came entirely from California by 3.2 million, yet Hillary won the popular vote by only 2.8 million)

Obama says the Russians hacked the DNC to release emails to influence the election, despite Assange saying “Our source is not the Russian government.”

IT WAS THE RUSSIANS!! They released these emails depicting corruption to influence the election! .. let's just ignore the actual content of the emails...

well i am astounded that journalists take quotes out of context and mention certain details to emphasize their line! it's almost as if portrait photographers use make-up and lighting to get the best shot! i am shocked and appalled.

well done finray. you're pointing out that each newspaper has its own editorial line and political leaning. you're beginning to grasp what everyone already knows and has known for over a hundred years. you do realise all this was common shrift even when chomsky/herman wrote 'manufacturing consent'? and that was THIRTY years ago. people know that the media are bias, one way or another. when you read it, you know what you're getting and you use your own intellect. something you evidently cannot do as you build your paranoid conspiracy theory.

the level of stupidity of you 4chan dweebs blows my mind. yes, you're really finding the 'truth'. every other adult is able to read 2/3 different sources and form their own opinion. you fester away on some board with a bunch of people on the autism spectrum whispering about world war 3. you're really onto something.

Think of the average intelligence of the population, then realise that half are dumber than that.

People don't read 2-3 sources and make up their own opinion. They read one article (sometimes just the headline) that aligns with their views, then post it to all their Facebook friends, enhancing their echo chamber.

Right-leaning media does this too. Duh. It's disgusting from either side.

There was a writer that argued recently that the American right wing at this moment consist of nothing but anger, unhealthy cultural resentment and bitterness at various things. It isn't surprising that the youth wing of the right is indoctrinated on 4chan and other weird internet places while the left recruits youths at festivals, concerts, and rallies. Alt-right is a movement of angry shutins.

the alt-right is literally just a bunch of reddit and 4chan nerds, mostly young white men in western countries who feel 'shut out' from the wealth and prosperity around them. so they cling to these wild conspiracies and hate ideologies. it gives their life meaning. more importantly, it absolves them of responsibility for their lives. your life doesn't suck because you didn't try hard! it sucks because of the metropolitan-liberal system! it sucks because immigrants are taking things that are rightfully yours!

congrats on trying to turn trolling and paranoia into a political view. trump is not your champion, finray, nor is the world going to go into WW3 meltdown in order to prevent him getting elected. take a shave, get a job, stop poisoning yourself with hate-filled /pol/ nonsense.

There was a writer that argued recently that the American right wing at this moment consist of nothing but anger, unhealthy cultural resentment and bitterness at various things. It isn't surprising that the youth wing of the right is indoctrinated on 4chan and other weird internet places while the left recruits youths at festivals, concerts, and rallies. Alt-right is a movement of angry shutins.

nobody labels themselves as this because as soon as the phrase was coined, it was lambasted by MSM to consist of 2nd wave neo-nazis.

that's cause as soon as neo-nazis saw a bunch of idiots like you on the internet making their views more palatable, they decided to hop on board. the alt-right basically is an uneasy mixture of internet shut-ins and misanthropic 'trolls' who were first 'for the lulz' but have since been lulled into political seriousness, and then a bunch of existing fascist cells and networks who are riding on the wave.