Trump signs in crude terms is totally normal for that merch. I've seen the "fuck your feelings" Trump flags and stickers many times. Great material considering their own feelings constantly bubbling to the surface.

The former president encouraged all this through his own behavior and endorsements.


What is wrong with someone who thinks that is the place to do this?

How did he sneak a GIANT BANNER in? Stadiums will sniff out your outside food/drink like bloodhounds.

Anyway they probably excuse it by saying players bring their politics in by kneeling for the anthem. Trumpers are all very "notice me senpai" right now.

imagine your whole identity being tied to a someone who was president for 4 years. Bizarre

He became a pillar for racist quasi-conservatives who felt oppressed by people saying a) stop discriminating so hard, or b) taking out loans to pay for your health care shouldn't be a thing that needs to happen.

"But because we suffered a bit in the past means those conditions should remain indefinitely for everyone else!" OK.

One time i was walking in to a baseball game and i was under 21 but trying to smuggle a can of beer in a cargo pocket. As I walked through, the metal turnstile hit the beer in my pocket and made a loud metal-on-metal sound. The security guard freaked out and came rushing at me. I freaked out at him and moved quickly to the closest trash can to get the evidence out of my pocket. I was worried I would get a ticket, he was worried that I had a bomb. In the end we were both relieved when i threw the full, unopened beer in the trash can.

The sad/funny thing is, the US military takes kids at 17.

Imagine DyInG fOr YoUr CoUnTrY at 17 before you manage to make love to a woman. At least strangers like me will get a day off from work for their sacrifice. Almost every American soldier who died in the last decade gave their life for that and Ford Memorial Day car offers. Veterans and Gold Star families get an extra $500 savings on a brand new F-150 when you finance for 60 months.

Skyline is better than Gold Star

Jerry Detrick claimed he defecated on the lawn because the couple supports Biden, not because they are gay

A so-called “Trump man” in Ohio has been sentenced to prison after repeatedly defecating and urinating on a gay neighbor’s lawn.

Jerry Detrick, 70, of Greenville, Ohio, confessed to defecating “multiple times on unknown dates” until he was caught late at night on May 30 by homeowner Matthew Guyette, 59, and his husband, the Smoking Gun reports.

Detrick denied that his repeated fouling of Guyette’s lawn had anything to do with his sexuality, instead pointing the finger at the couple’s politics, saying they “are Democrats and support Joe Biden,” whereas he is a “Trump man.”

However, writing on Facebook, Guyette claimed that Detrick had been fouling his lawn for ten years.

Guyette wrote about police catching “the man who’s been sh*tting in our front yard for the past ten years.”

He said that Detrick would often leave “3 or 4 crumpled up restaurant napkins he used to clean himself.”

“That was my clue that I had had a ‘visitor,'” he wrote. “Because it was on the edge of the front yard in the bushes and undergrowth we often wouldn’t see it except for those napkins.”

Guyette said they hadn’t seen any signs of Detrick defecating “in about ten months,” but that the napkins started appearing again “a few weeks ago.”

“That’s when I thought ‘oh great, the mad sh*tter is back,'” he wrote.

Guyette accused Detrick of having a drinking problem, adding that while Detrick claimed he was pooping on their lawn “because we were Biden supporters and he was for Trump…it started during the first term of the Obama administration.”

Appearing in court, Detrick submitted a plea of no contest and was found guilty of misdemeanor littering.

He was sentenced to 20 days in jail, which he will serve at the court’s discretion, ordered to perform 30 hours of community service, and ordered to pay $232 in fines and court costs.

Detrick was also ordered to write a letter of apology to Guyette, in which he wrote that he was “extremely sorry” for fouling his lawn, calling it “inexcusable.”

“Let me say that I didn’t know you were gay, I did know you were a democrat. I am a Republican,” Detrick reportedly wrote. “Doesn’t make any difference, my actions were disgusting and cruel.”

He asked Guyette to “find it in your heart to forgive me. I was raised in a Christian family and should have known better.”

This is too rich, by far:

tl;dr, ACLU steps in to help Trumper keep her profane stuff up because free speech. Y'know, the same ACLU that's a part of the liberal hive mind that wants to take away your freedoms, the ACLU that is habitually panned by right-wing media.

After the civil liberties group joined the case, Roselle Park officials backpedaled on their earlier demand that Dick take down the banners and effectively dropped the matter.

“I feel amazing,” Dick, 54, said after the Superior Court of New Jersey dismissed the case, which was brought against her mother, Patricia Dilascio, who owns the home where the banners have hung since the Memorial Day weekend.

I wonder if Trump would have stepped in, to have her back and all that.

The civil liberties group hailed the court’s action as an “uncomplicated” victory for free speech.

“The First Amendment exists specifically to make sure people can express strong opinions on political issues, or any other matter, without fear of punishment by the government,” Amol Sinha, the executive director of the group’s New Jersey chapter, said in a statement.

Can people stop freaking out about players that kneeled at football games, now?

I agree with the Jew(?) who said that Facebook was equal to Soviet gulag. Not on that, no. But on that people should have more one-on-one (or I guess face-to-face?) conversations and discussions. I'll add to that though, and something he might not agree with, that removing yourself from your political comfort zone is likewise important. These people are "ghettoizing," as he called it, themselves. Echo chamber of their own making that isn't going to help the country in the long run.

you agree with a statement, on any level, that compares facebook to the ... gulag?

Uh, no. Reread plzkthx. People should have more dialog, not less. I'd agree with a neo-nazi saying that people shouldn't stomp on kittens. That doesn't mean I agree with neo-nazi sentiment.

It was a heartbreaking video, in all. I'm glad I'm not a facebook moderator, man. Imagine having to arbitrate some of the nonsense on there.

e:
mfw listening to that video 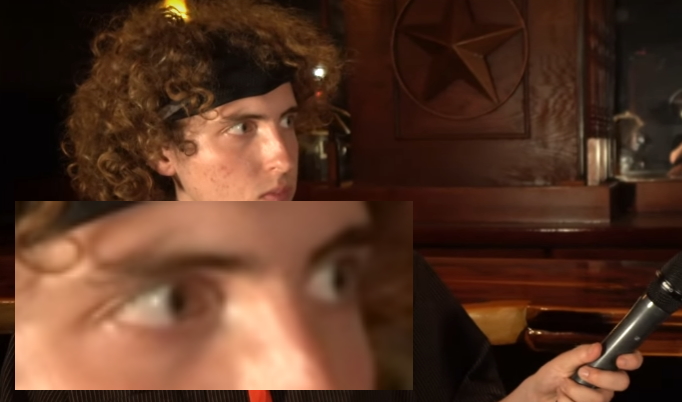 Former president Trump still making splashes, having "cabinet meetings" at one of his golf clubs with former cabinet members. Running for a third term in 2024 is pretty bold of him.

I saw something on Reddit yesterday that was pretty bad. Two teen girls found a suicide victim hanging in the ghetto. They then stole the necklace off of the dead guy while recording it for SnapChat.

I didn't expect to witness grave robbery in my lifetime but it has come to this.

I bet if cell phones existed in the 1800s that grave robbery would have been recorded by idiots back then too. Cattle rustling youtube channels getting shut down.

There would probably be moral outcry about all of the videos of wild west guns fights. Indian Lives Matter protest too. 'Why are the theater actors kneeling during the singing of the national anthem before the play?' 'Rutherford B Hayes is not my president'.

Trump is old news, having been relegated almost to obscurity post January 20 has been a welcome change, and while he still holds a lot of sway with his supporters and needs to be considered, he is damaged goods as a lying loser who a lot of people don't want to work with.

I dunno, I think it's a perfect place for him.

Anyway, the baby man is totally not out of action yet. Footnote in history my foot. Fundraising should be paid attention to.

Trump is old news, having been relegated almost to obscurity post January 20 has been a welcome change, and while he still holds a lot of sway with his supporters and needs to be considered, he is damaged goods as a lying loser who a lot of people don't want to work with.

I dunno, I think it's a perfect place for him.

Anyway, the baby man is totally not out of action yet. Footnote in history my foot. Fundraising should be paid attention to.

I wonder if Trump also belongs to the Long Island Yacht Club a friend of mine was invited into. 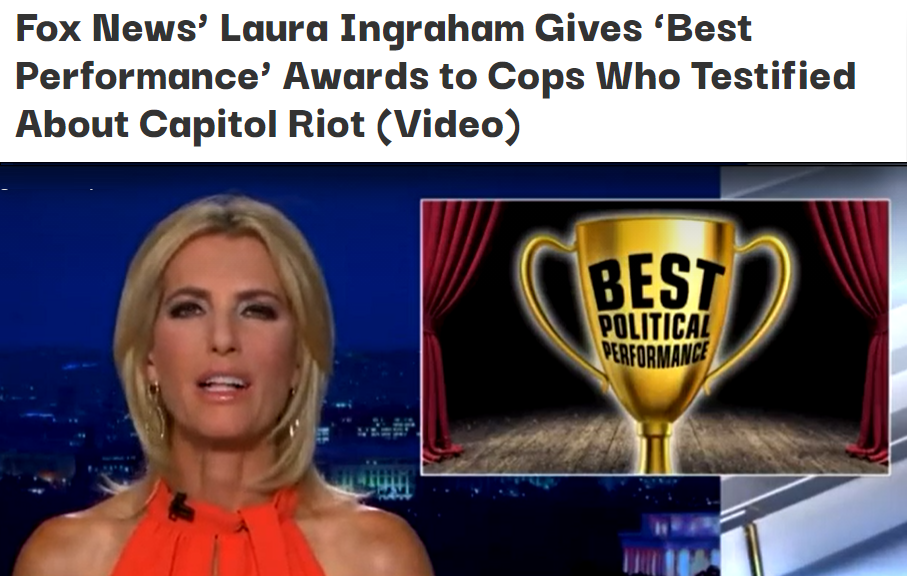 That's pretty low even for Fox.

Right-wing commentary on this stuff so bloody concerned with police welfare IRT suspensions, job loss, and going to court over abuses of power that cause injury and death. "Cops just don't want to do the job anymore! It's so horrible out there!" Crickets when the Jan 6 riots are brought up and there are HD recordings of police being victimized followed by months of neglect from the people who were supposedly on their side.

Double standard needs to double over and die.

The man is obviously gay. Just listen to him. Something needs to be done.

A Republican accusing anyone of fearmongering at this point is just adorable. DeSantis is his own walking, talking meme. Satire can't keep up with the state.

Do you think he has a chance at POTUS? I know you talk to Republican Zombie people often. I am skeptical.

'24 is still awhile away and he has plenty of time to upset Republicans over something. More importantly I think he has dug himself into too much of a hole with this culture war stuff for a general election. People already have strong negative feelings about him.

By the way, Joe Biden will be 86 years old at the end of his second term. Yikes.

Unless Republicans have some sort of collective epiphany about the Trump and covid stuff and red states killing their own people, I could see him in the primaries for the '24 election or maybe agreeing to taking VP in anticipation of riding that to a campaign for '28.

Keeping in mind a lot can change.