Rural counties in Oregon voted to join conservative Idaho. Do these poor people in rural Oregon know they won't be able to smoke?

This guy is running for senate. 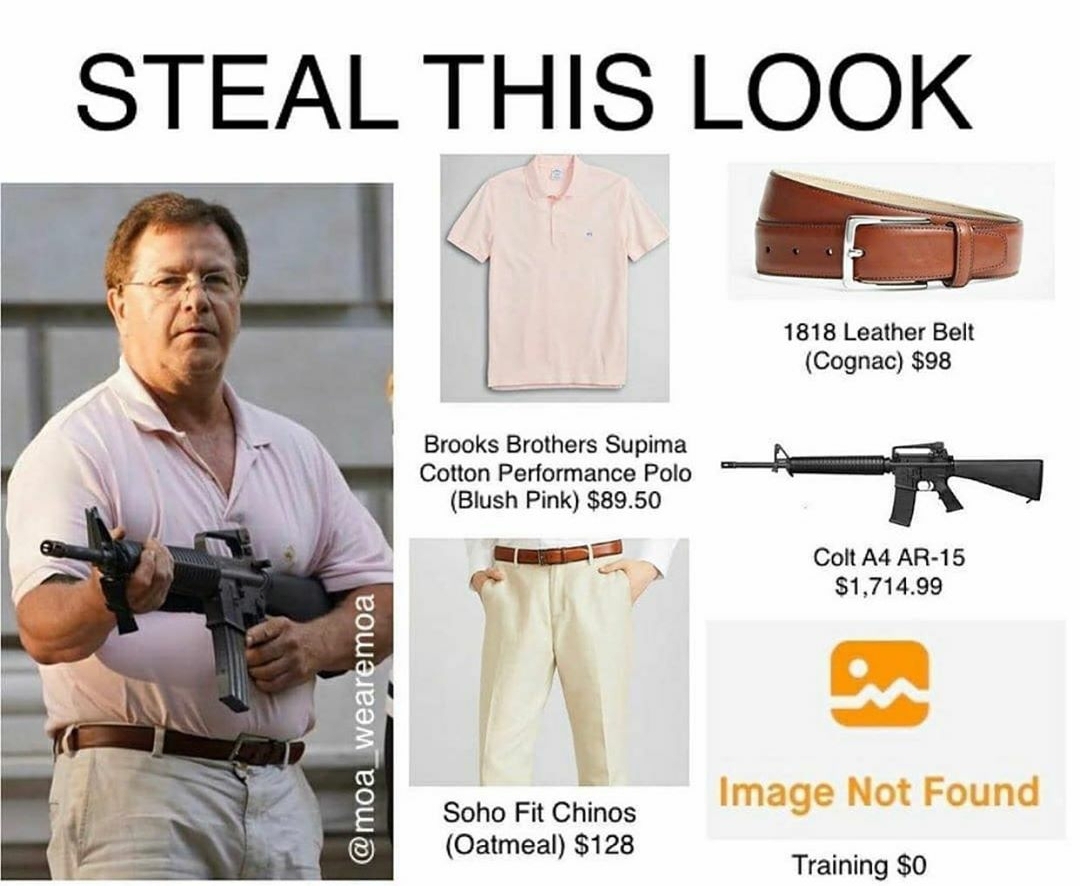 I actually like that better than all the tryhard tacticool rails upon rails that seem to be common these days. Probably would get a different stock, though.

A bucket of cold water for the people who were parading Liz Cheney as an exceptional Republican with standards or whatever,

Rep. Liz Cheney (R-Wyo.) ― whose condemnation of Donald Trump’s election lies made her an enemy in her own party ― showed she still has an allegiance to the GOP. (Watch the video below.)

Cheney, who was purged from House leadership this month because of her Trump criticism, suggested to Axios in an interview broadcast on HBO Sunday that she did not see a cause-and-effect between the GOP’s false cries of cheating in swing states and Republican-led voter suppression measures.

“You don’t see any linkage between Donald Trump saying the election was stolen to Republicans and all these state legislatures rushing to put in place restrictive voter laws?” journalist Jonathan Swan asked.

Cheney dodged a direct response, but Swan pressed, noting it was not a coincidence that Republicans intensified their drive against voting after critical election losses. Then Cheney went full mealy-mouth:

“Everybody should want a situation and system where people who ought to be able to vote and have the right to vote can vote, and people who don’t, shouldn’t,” she said.

Classic dodge though, suggest without saying that unauthorized people are voting en masse rather than admit that voting shouldn't be made more difficult, time-consuming; or condemn the practice of targeting specific districts to make voting inconvenient.

Trump says he'll be back in power this year and his cohorts are floating coup rumors. But remember, the Jan insurgency were antifa actors posing as MAGA.

Despite his predictions, Trump won't simply be reinstated as president
https://www.yahoo.com/news/despite-his- … 36755.html

Edit: fuck you bf2s, I wanted MAGA in ALLCAPS!!!

That lady is annoy. I prefer the drop out from Colorado, Lauren B.

Snopes debunked the rumor about former president Trump wearing his pants backwards at a rally. Even though it's a complete non-issue, I think I might pocket that for the next time a Trump supporter tells me to not trust liberal fact checkers.

I mean, I don't trust them unconditionally anyway. Probably a step above forwarding a colleague every bit of nonsense you hear on Fox, etc. (Latin for dilbert's benefit).

Why not just disengage from that crap?

You have no chance of ever winning an argument with those people.
#FreeBritney

The post was mostly about Trump's weird pants. I wasn't expecting to see pictures zoomed into his crotch area on social media. You can look it up if you're interested. I just folded the other stuff in "for next time." It's actually been quiet on that front for awhile.

To disengage entirely I'd have to line up another job, quit the company, probably move away, and blacklist some family/friends on top of that. That or silent treatment seems like an overreaction to me.

fw:fw:fw:ctrl+c,ctrl+v
I enjoy some parts of work, and not all conversations are political. I don't dislike being around the people, but I do think some of them are stuck in the Trump quicksand. It's interesting to watch, if sometimes frustrating. Dead end discussions but no more dull than being surrounded by people with the exact same opinion on everything.

I had to actually do the labor of clicking on that, so imma leave this here

lol, age-restricted for that.

'This is unacceptable': Election official speaks out after threats against wife