Truly a nation of fucking idiots

He always has that look on him on the show. It's a "I am concentrating look"

Ben Shapiro has the same look. It's feinged contemplation.

More than 50,000 people in Minnesota report Somali ancestry, the most of any state. The state’s Somali community has been there for thirty years.

Trump opened his campaign rally in Bemidji, Minnesota, by talking about Somali refugees as a threat, encouraging the crowd to boo the idea of more Somali Americans in their state, and celebrating the accomplishment that “just today we deported dozens of Somali refugees.”

yeah, this is going to be bad. RIP RBG.

I am sure the Republicans are going to stick to the "can't appoint a judge during an election season". Shy republicans are doing to use this seat as an excuse to vote for Trump. Oh well. I live in a blue state anyway.

And FWIW Republicans hypocrisy will cause "stacking the court" to become a mainstream democrat idea. I personally don't support the idea. But at some point why bother even attempting to maintain political balance after having to endure Trump and a lot of other stuff these last 4 years?

would not be surprised by a trump victory 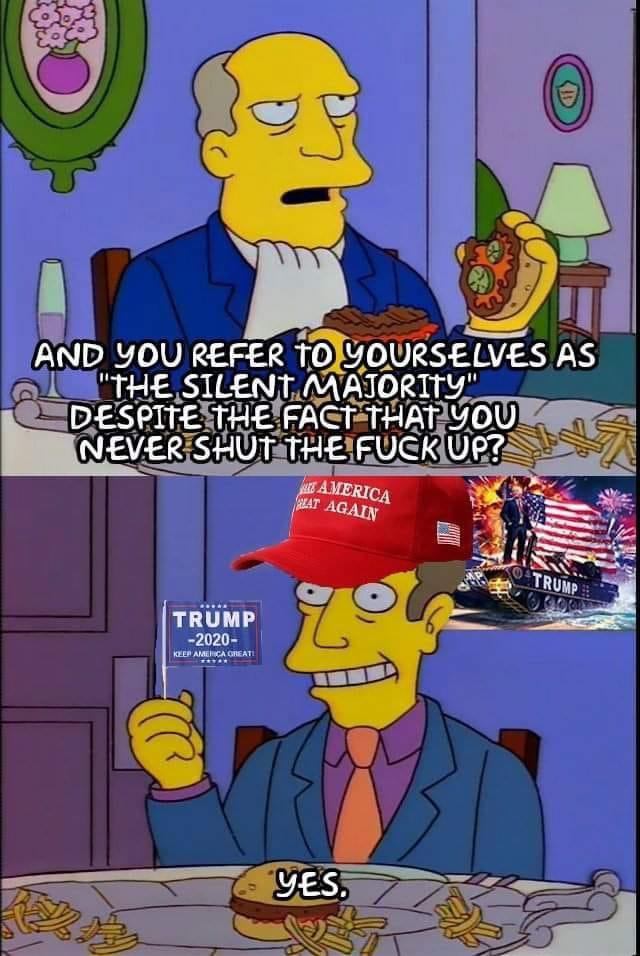 In other news I'm watching the channel 4 doc Trump: An American Dream and it is surprisingly good.

interesting link to nabokov (ok, probably interesting to no one else ...)

so is trump/mcconnell basically going to go ahead to confirm the SCOTUS appointment asap?

that would be pretty helpful if there was a contested election ...

It's worrisome because the only reason they wouldn't is so as not to appear as hypocrites, which is a horse that has long since left the barn. Even if a handful of "very concerned" Republican senators said they wouldn't vote on it until the election, I'm sure they'd still do it in the lame duck session, especially if the Democrats somehow won control in the election. How plausible is it that a Joseph R. "Nothing-Will-Fundamentally-Change" Biden administration would entertain the idea of court packing, though? Because it seems rather unlikely to me.

I've heard McConnel's declaration to push one through in spite of hypocrisy defended by who I would consider an "average Republican voter" as "and, he's doing his job! Just as the opposite was his job during the Obama administration."

From a technical viewpoint, maybe. But it's incredible to me that someone could support a party before people platform in spite of them being a part of the people. For crying out loud, this person wasn't even a member (that I know of). They just get GOP emailers.

The courts being lopsided for a full generation doesn't sound very ideal to me. That it can be so blatantly partisan in the first place seems distasteful.

What McConnell has been doing is referred to as constitutional hardball. Basically there is nothing illegal he has done but the sort of politics he is playing just promotes escalationism. I think it says a lot about a person's outlook if that is something they are willing to take part it. McConnell is literally almost 80. I don't think the cares what happens in the next 10 years because he is going to die soon and knows there isn't an after life anyway.

It goes round and round.

That's their job! They're doing it well.

That said, dilbert, you probably have more in common with Republicans than not.

I've heard McConnel's declaration to push one through in spite of hypocrisy defended by who I would consider an "average Republican voter" as "and, he's doing his job! Just as the opposite was his job during the Obama administration."

Why do you even bother talking to Republican voters? You aren't going to change their mind and they often get enjoyment out of annoying people and being stupid. Frankly, I don't want to hear a damn thing from anyone who supports Trump. I rather focus on my own stuff which is why it is important not to wrap your identity in politics. 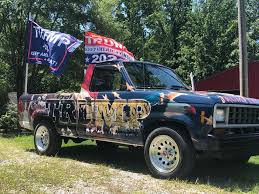 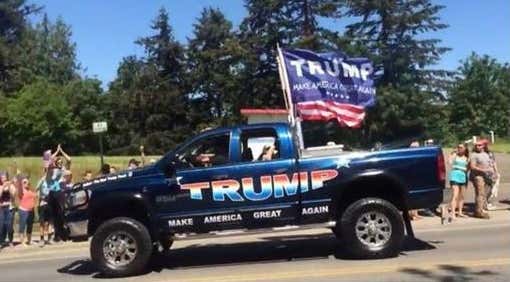 Because some Republican family, acquaintances, and occasionally business contacts like talking politics. I'm not going to shut everyone out and go live under a rock because of political differences. What on earth would that accomplish? As a matter of hobby, I want to know why people have the opinions they do, so I'll sometimes entertain a rant or two.

On that note, between Trump supporters it's far more refreshing to speak with people who are at least honest and open about it than the secret Trump supporters who deny voting for or supporting (frequently mentioned without being asked) the man, yet cheer/smug on his every move. There is a threshold of dark sneer that starts to make me feel uncomfortable.

I don't know anyone who expresses themselves with a Trump pickup.

e: did you catch the bit about good genes?

Trump told a crowd of nearly all white supporters that they have 'good genes'
https://www.businessinsider.com/trump-t … nes-2020-9

It really does write itself, doesn't it.

Its OK guys, the virus affects "hardly anyone"

He's right about this though.

"We must hold accountable the nation which unleashed this plague on to the world - China," he said.

"In the earliest days of the virus China locked down travel domestically, while allowing flights to leave China and infect the world. China condemned my travel ban on their country, even as they cancelled domestic flights and locked citizens in their homes," he added.

A strange character, half the stuff he says is right, half of it batshit crazy.
Epstein didn't kill himself

it's disingenuous beyond all belief to attribute the 200k dead to china. that's because, er, no other country in the world has suffered so staggeringly badly from covid. not exactly complicated stuff.

for a leader in october, when covid is still spreading freely and totally uncontained in his country, to be constantly blaming and talking about the actions of china from last christmas is nothing but a diversionary tactic.

there will be plenty of time to apportion blame and to point fingers at people over this. now is when he needs to lead. where is his autumn-winter plan? scientists and professionals have been warning about this looming winter wave since, well, last winter. he's more interested in pointing at china and hoping it gets enough xenophobes and racists to the polls in november. you know, the same people who think it's a 'fake virus' and won't wear masks. yep, this whole mess is goddamn china's fault!

in comparison, and yes even if it's a shallow PR exercise on the CCP's behalf, xi jinping is now at least speaking of global collaboration and pointing this rhetoric away from blame and national brinkmanship. there is a crisis that needs to be addressed and the best thing to do is to share knowledge and resources. again, i'm not saying for a moment that this exculpates the local or national actions of the CCP during the outbreak's start. but what's the good of that talk right now? world leaders need to focus elsewhere.

not trump. his strategy has been to do as little as possible about the actual outbreak and to just brand it 'china flu'. he's a culpably dangerous fool.

incidentally i see that china have declared their commitment to be carbon neutral. you'll have to adjust your whole philosophy about australia's climate change denialism. 'b-b-b-but china can do it, why can't we!'

it's disingenuous beyond all belief to attribute the 200k dead to china. that's because, er, no other country in the world has suffered so staggeringly badly from covid. not exactly complicated stuff.

Of course, however if China hadn't lied and been aggressive we might have been in a slightly better position.
Its hardly Emperor Xinpings fault Britain now has a PPE graduate in charge of doing, er, something.

LOL anyway, the only collaboration the Chinese have in mind is between us serfs as we serve them.

I'm fully in favour of moving to a zero carbon economy, meanwhile the Amazon is being burned down to supply the demand for steak and China has sent its navy to hoover up everything in the Galapagos.
The Chinese will eat the world.

I thought you'd only taken two short european flights, how did you visit africa? Yacht?
Epstein didn't kill himself

the right wing have turned covid denialism, anti-mask sentiments, etc. into a part of their platform in 2020. they have politicized the issue and made it into one of partisanship. people are being attacked in the streets in america for taking ordinary pandemic precautions.

and you want to tell me the blame for the mess lies with china? america could have nipped this in the bud in february. they could be another korea or taiwan. they have literally 1000x the resources.

get the fuck out of here with the 'we need to REALLY be looking at china now' rhetoric.

i meant i've been to africa in my life, dilbert, not recently. nowhere did i say i've only ever taken two short european flights in my life. i don't even recall using that phrase: if i did, it must have been in the context of 'in my 20s' (which would be true). i went on family holidays as a kid, once or twice a year, yes. we have also travelled by boat and train, sure.

not sure why you're dragging that up now anyway; a rather bizarre point. i've never owned a car, and have walked or taken public transport for my entire adult life, more or less. that's not really the norm among my peers or age group.

There is something sinister about China's behaviour, I bet they knew it escaped from a lab very early on, they would have had the genetic fingerprints on day one. But they sent goon squads to silence any doctor who spoke out, didn't fulfil their WHO obligations, demanded free international travel for their infected citizens, quietly bought up all the available PPE etc.

Obviously having cretins and arts graduates in charge in the west was a problem.

Fair enough, but everyone has a carbon footprint and we're all fucked at this point.
Epstein didn't kill himself

it's funny you're now blurring the origin of the virus, because really the actual science itself has only contributed to frank uncertainty on the subject. we don't know if it came from the wet market; we don't know 'patient zero'. so you'll jocularly lapse into talk of 'secret wuhan labs'. if it came from a lab, we would know about it (isn't it funny that you trust the analysis and verdict of other intelligence sources on lab-derived incidents like novichok? but you won't listen to the flat-out rejection of the wuhan lab theory here. hmmm.)

i think you need to grow up, like very sincerely i do. your posts across all threads just show an extremely emotionally and intellectually immature man, grasping and flailing around. 'covid was arts graduates' fault!' 'LMAO indian men just love grabbing women!' honestly who are you meant to be impressing? you must be insufferable in person, like a twerpy adolescent with 'dark misanthropist' poses.